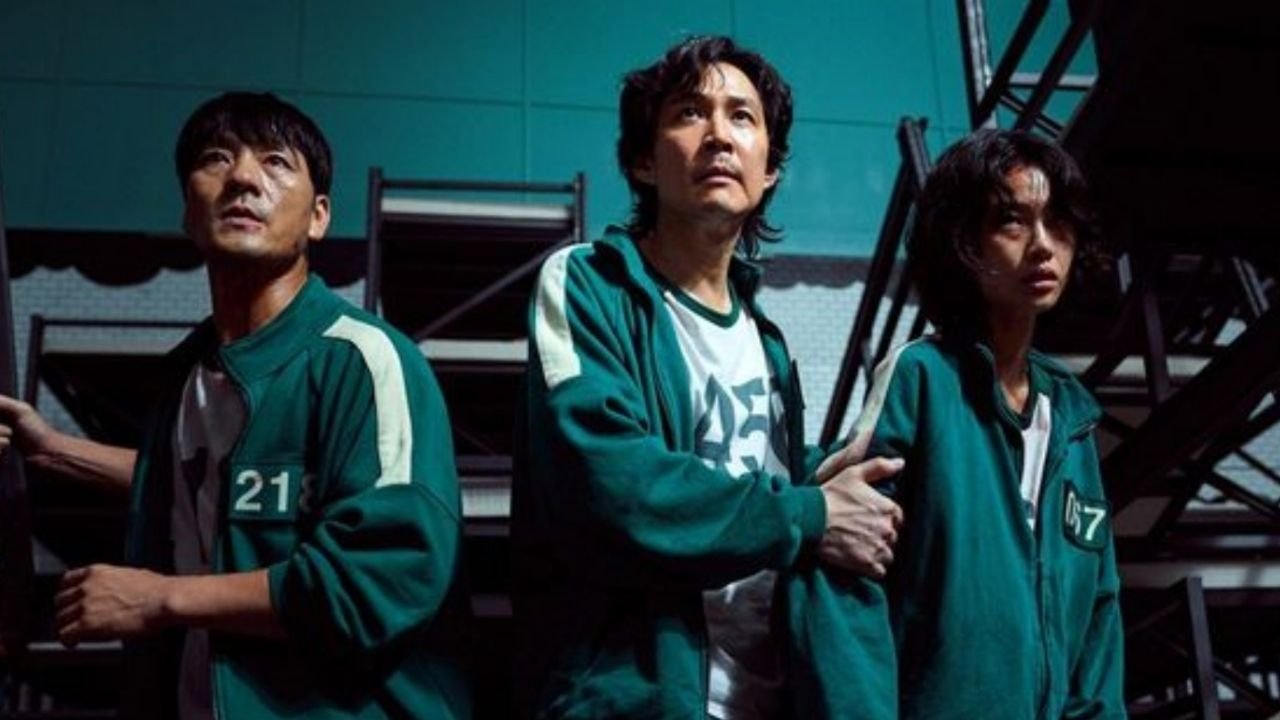 If you live on planet Earth and are minimally connected to the world of series, surely you have at least heard of Round 6, from Netflix. The South Korean series is an absolute success in all countries that streaming is present, including having a chance to become the most watched production in the history of Netflix.

The great repercussion of the series makes the readings around it multiple. It is possible to speak of Round 6 both in the economic field, for example, as in dramaturgy or in the cultural issue of South Korea. Therefore, I suggest in this column another angle that came to my mind while watching it: its relationship with the reality show-style programs of coexistence, such as The farm, Big Brother Brasil e Power Couple Brasil. Does the South Korean phenomenon help us to better understand the mechanisms of this type of attraction?

First, I make it clear here that I found Round 6 amusing and engaging, yet not quite original. The motto of the deadly competition, as many texts have already pointed out, recalls Hunger Games. The big central theme (how far do you go for money?) is universal and has been explored many times in pop culture. The characters are somewhat stereotyped (the neglected old man, the bad guy without any layer of goodness, the naive foreigner, the honest poor, the traitor woman), and the plot twists (like the leader’s identity, the game’s motive) are reasonably predictable. However, I reiterate that all this does not detract from the entertainment generated by the series and the popularity it has achieved is very justified.

As I said, while running it, I couldn’t help creating in my head parallels with other programs that apparently have nothing to do with Round 6. And, from here, I bring some information that can be spoilers who haven’t seen the series. Round 6 it centers around the following motto: several people in South Korea begin to be approached by a strange man who begins to challenge them to play a children’s game, in exchange for money. At the end, they receive a card with a phone number, which invites them to participate in a big challenge. They are, of course (otherwise, there wouldn’t even be a series).

The theme of ‘Round 6’ is universal: what can you do for money?Fonte:  Netflix

Those who accept are taken to an isolated place, where they are confined with more than 400 people who will face each other in six games, which they do not know what they are. The reward for winning games is a million dollar cash prize that increases with each stage. What they don’t know is that the games (all based on children’s games from South Korean culture) only end with the players’ deaths. The game, therefore, is lethal.

That is, these people will only earn money as others die – which will often incite them to cheat, plot, sabotage their peers, and even stab their peers in the back. Therefore, the in-depth discussion always revolves around the theme: what would you agree to do in exchange for a large amount of money? And, after all, why is having a lot of money so important? What does it mean?

In the contemporary world, there is another currency of exchange that is perhaps worth as much (or more) than money, which is visibility. Before, there was talk about “being famous”, but today, that term is no longer enough. Almost no one wants to be “famous” anymore, as the term has become pejorative, but almost everyone would like to become more “visible”, at least within a niche, as it is understood that visibility can generate more fruit than fame itself, understood as empty.

We all live in a reality in which there is a kind of “gold rush” around this much-desired good, which is expressed in various ways: in the exposure of themselves that people do on the internet, in order to become influencers , for example. Many will try, but few will be able to get there. That is, few will become someone with a large following, who receives money for advertising and other perks, or who has opportunities that other people don’t. Another strategy to win this race is to try for a spot on a reality show, that will give a big upgrade in your audience and, consequently, in your visibility.

If the poor debtors of Round 6 sell their lives for money, you could say that, in a way, whoever is willing to enter The farm or not BBB you are also selling your life – in the sense that nothing will ever be the same after you leave. It’s almost a “death game”, but with its specifics. Anyone who passes through the gates of a reality show will put everything at risk: they can leave there as someone loved all over the country, with countless possibilities for life (like Juliette and Gil do Vigor, from BBB 21) or lose everything he built over the years (such as, for example, Karol Conká, also in the BBB 21). 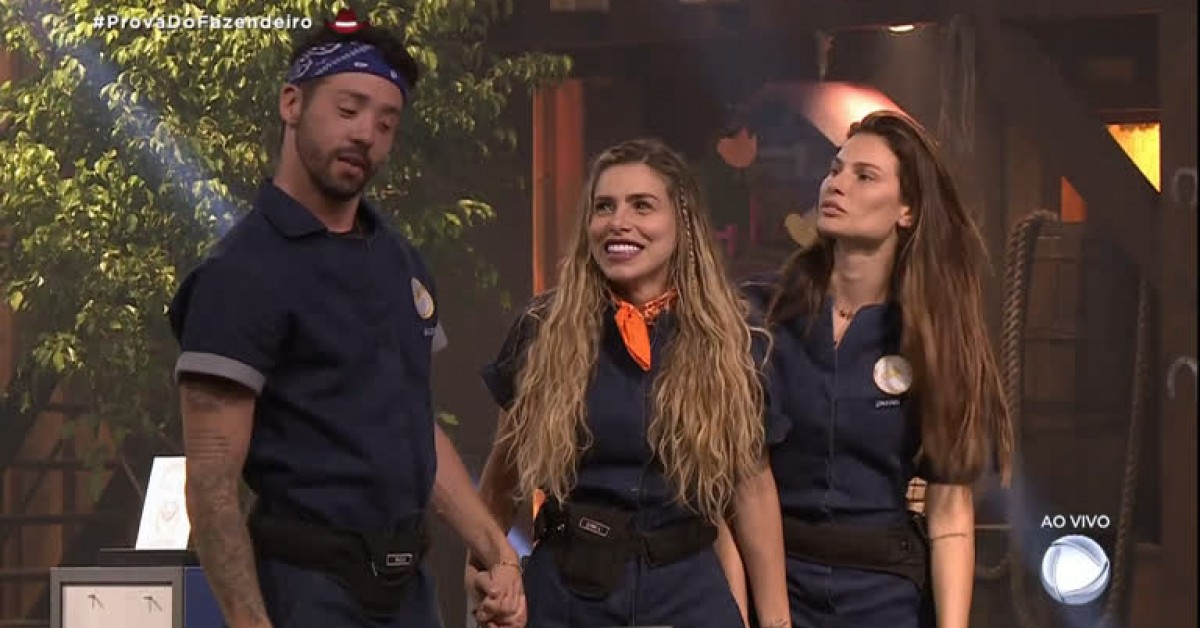 Unexpected alliances are present in both ‘Round 6’ and ‘The Farm 13’.Fonte:  Record/ Playplus

To have better chances, it is, of course, necessary to seek strategies. In Round 6, players, realizing the risks they are taking, begin to form alliances in order to survive. Some join childhood friends. Others join with those who, like themselves, seem to give up any idea about a common ethics. There are those who focus on those they consider to be stronger (and, again, who will be stronger: smarter or more brutish?).

In The Farm 13, for example, alliances are also in full swing. Some unite for reasons of race (blacks, like Mussunzinho and Tati Quebra Barraco, have developed friendships), gender (men offended for being called sexist), and others for reasons of seeking opportunities. And there are, of course, the involuntary alliances between those who were excluded from a dominant group – such as Rico Melquiades and Erika, displaced from the so-called “hegemonic group”, and even gained public sympathy that, naturally, they would not have.

Here is, perhaps, the great grace of this kind of reality-based game: the results, just like in Round 6, are always unpredictable. It could be that an unemployed and weak father has good chances in a game where everything is against him. It could be that an uncompensated ex-participant of the on vacation with ex that, unexpectedly, he enters into a dynamic that makes him look like good people – or at least, someone wronged.

And the most uncomfortable part, perhaps, is that we are also in this game. And who are we in reality shows? I would say: we are the VIP wing. We are the people who pay dearly (with our attention, dedicated in the form of an audience, which today is worth a lot) to watch, in a box, other human beings who fight and put everything to lose (especially their own reputation, when they don’t dignity) in the service of our own pleasure. We, in the comfort of our home, having our good drinks, have been for years legitimizing these “deadly games” of those who are willing to throw everything in the air in exchange for a good prize. Would you also do everything for money, or do you just enjoy watching?