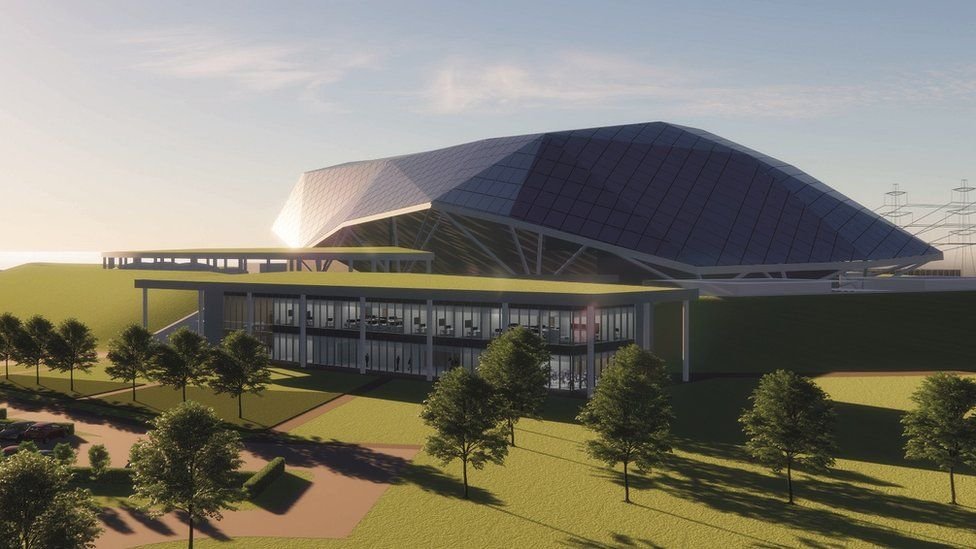 The Rolls Royce Group – not the unit that builds cars, but the holding which has also been building nuclear reactors for UK submarines since the 1950s – has just announced the creation of Rolls-Royce Small Modular Reactor (SMR), a company that will build mini nuclear reactors. The mini reactors are expected to generate energy equivalent to 150 wind turbines and will be able to supply one million homes for 60 years.

You nuclear reactors small ones work like the big ones, they are only smaller than the conventional ones. Inside, they carry out the nuclear fission process — which is the separation of atoms responsible for releasing energy that is then used in the supply of electrical energy.

According to Rolls-Royce, the mini-reactors should be available for the UK power grid by early 2030. Small, the nuclear power plants proposed in the project are expected to occupy the area of ​​just two football fields, contrasting with the large nuclear plants we know today. In the UK, 16% of the energy used comes from them.

The Rolls-Royce-designed Small Modular Reactor (SMR) is 220 Megawatts of power, 16 meters tall and four meters in diameter — and can be transported by something as small as a truck or train. It must also use much less water for cooling than conventional reactors — eliminating the need to locate close to natural water sources. They are also easier to turn on, according to a report in the The Economist.

See the institutional video of the project:

To build the miniature reactors, the company obtained financial support from a consortium of private investors and the UK government. 195 million pounds from the private sector will be injected into the company over three years and 210 million pounds sent as a subsidy by the federal government, as part of the “Ten Point Plan for a Green Industrial Revolution”, announced by the country seeking to comply the decarbonization targets agreed in international agreements.

Although the company is expected to create 40,000 jobs by 2050 with the project, generate 52 billion pounds in economic benefits and advertise the initiative as “green”, critics say the focus for more sustainable energy production should be on energy. clean, not more nuclear power.

Nuclear energy is considered low carbon, which fuels the belief that its use could contribute to achieving neutrality of emissions, helping to mitigate climate change. Despite this, a recent study asserts that nuclear energy does not reduce carbon emissions and that the focus should instead be on renewable technologies.

According to the chief scientist of Greenpeace, Dr. Doug Parr, in an interview with Reuters, mini-reactors are more expensive than renewable technologies and there is still no solution for disposing of the radioactive waste they leave behind, and there is no consensus on where they should be located so far.

For the UK Business and Energy Secretary, Kwasi Kwarteng, the partnership with Rolls-Royce is a “unique opportunity for the UK to deploy more low-carbon energy than ever before and ensure greater energy independence.” The statement, released in a company statement, continues with the assertion that small modular reactors offer exciting opportunities to cut costs and are quick to build, which would ensure clean electricity.