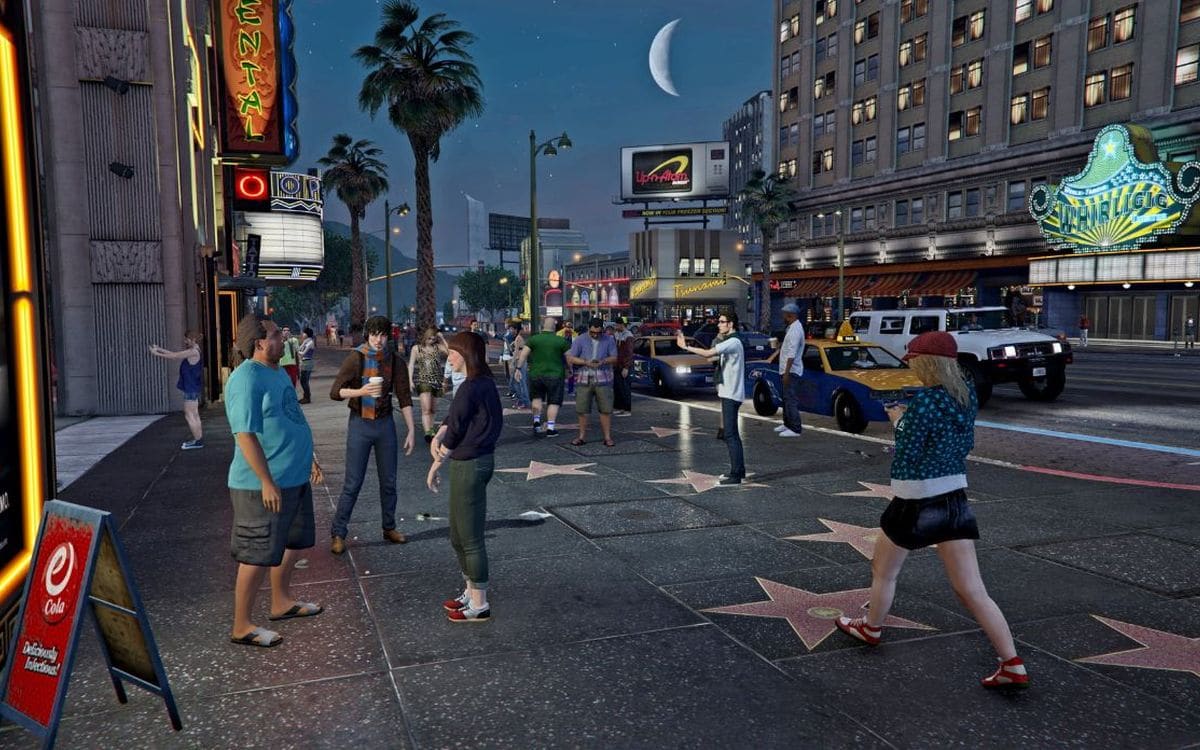 Could GTA 6 offer a revolution in the way it manages its non-player characters (NPCs)? A patent recently filed by Rockstar goes in this direction. It describes a new way of dealing with the inhabitants of a virtual city in a game, for example making their movements more realistic.

It’s been eight years since GTA 5 came out and the world is still waiting for a sixth episode to arrive. Rockstar Games remains silent on this subject and we must be satisfied with more or less credible rumors. However, there is something that is clear: patents. Not long ago, the studio filed one with the USPTO, the US patent office. It has of course been spotted and dissected by fans. It concerns the behavior of non-player characters (NPC), the inhabitants of the virtual cities of the game.

This patent, named “System and method of virtual navigation in a gaming environment”, does not directly quote GTA 6. Nevertheless, he explains the development of technology concerning the AI ​​of NPCs for a future game, especially on driving vehicles.

The goal is to create the most realistic world possible by allowing virtual characters to do more complex actions, and this without being limited by the development machine. For example, NPCs will be able to adapt to traffic. They will be able to appreciate the distances, manage the way they brake or accelerate to take a freeway exit. Something which is still very mechanical in GTA 5, but which would become very natural with this patent, thus making the universe more realistic. You would expect NPCs with their own unique characteristics, and thus a more populated world. We should even be able to follow an inhabitant going from one place to another on the map and observe his daily routine.

The behavior of these characters has always been the key to making an open world more alive. For example, we remember that an important milestone was reached with The Elder Scrolls IV Oblivion in 2006. At the time, the Radiant AI engine gave a goal to every NPC in the universe. He gave them precise routines and we could observe them working at such and such a time, stopping to eat and seeing them go to bed at nightfall. If it is too early to talk about such a revolution in Rockstar’s patenting, the intention is there. Without this AI aspect, an open world immediately seems artificial, NPCs wandering aimlessly across the map. This is the case in Cyberpunk 2077.

Finally, the last point of the patent, this AI system should be based on a dedicated server, which implies that the game would use an online aspect, even in the solo. It remains to be seen how it will be applied in the middle of the game. We can imagine a convergence between single player and multiplayer. A logical thing, given that this aspect is now very important for the studio, which still relies heavily on GTA Online and Red Dead Online.

Never will GTA fans have waited so long between episodes. GTA 5 was released eight years ago, but continues to make recipe. It has sold 135 million copies, making it the highest-grossing game in history, and it’s still far from over.

Indeed, the title continues to attract players through its online. Recently, a new island has been included for the first time since the release -Cayo Perico- which has renewed interest. GTA V will also be released this year on PS5 and Xbox Series X in a graphically revised version to take advantage of new technologies. GTA 6 can therefore wait, Rockstar is nowhere near killing the goose that lays the golden eggs. In any case, this patent shows that the studio is already thinking about the innovations that this future episode could bring, which has not been officially announced, it is recalled.