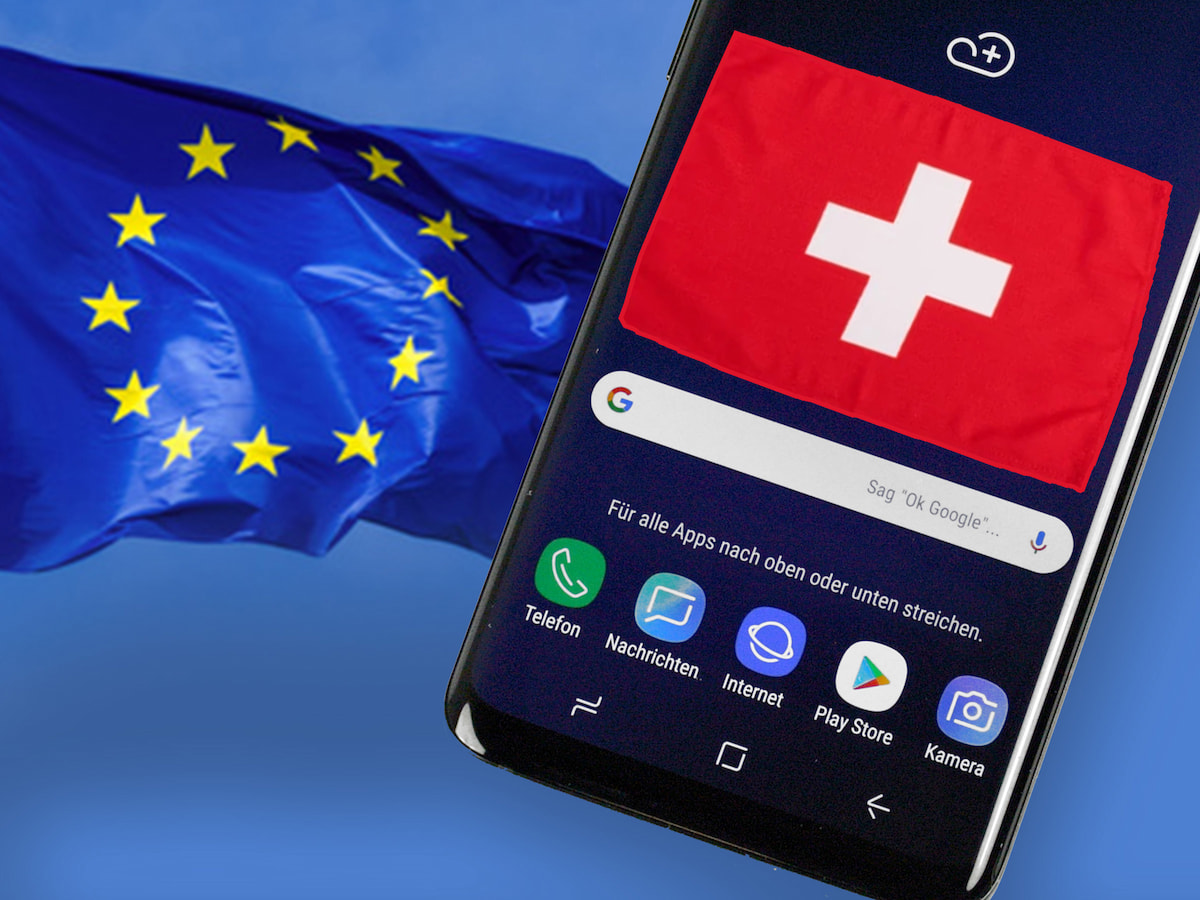 Many borders in Europe have finally been open again since Monday. Since June 15, 2020, full freedom of travel between Switzerland and France, Austria and Germany again applies. Travel to many other European countries is also possible again.

As is well known, Switzerland is not an EU member, so the EU roaming guidelines do not apply to Swiss people either. That has disadvantages
Photos: fotofabrika-fotolia.com/teltarif.de, assembly: teltarif.de

Ralf Beyeler, once at teltarif.ch and now at the Swiss online comparison portal moneyland.ch, took a closer look at the Swiss mobile phone tariffs: “There are also cost traps in nearby countries. Depending on the provider, roaming costs are still high in Europe very high, “is his conclusion and warns of” unpleasant cost traps “.

Beyeler recommends “Roaming options for phone calls and the mobile Internet” to check where the standard tariffs are too expensive.

Swisscom has not lowered roaming prices

“It is surprising that Swisscom is no longer focusing on roaming,” Beyeler analyzes the situation, “that Swisscom allows competitors to offer much more attractive conditions for roaming, depending on how they are used.”

In the past, the “price campaigns by Swisscom” had forced other providers to react. This year, the Swiss telecommunications market remained “very calm”. “Of course, this can also be due to the Corina pandemic.”

But a few days ago, the competing Swiss provider Sunrise announced new conditions for data roaming. But be careful: in addition to price reductions, there was also an increase in data volume at the same price or even real price increases.

Similar to teltarif.de, moneyland.ch compared the current roaming tariffs for EU countries with a “roaming calculator”. The following customer profile was chosen for this comparison: The sample customer is in Europe for 14 days a year (especially in Spain), uses around 1000 MB of data roaming during his holidays and makes 60 calls with a conversation duration of two minutes each. Offers with inclusive roaming were not taken into account in the evaluation.

Result: There are very big differences between the offers. The sample customer with the providers Lebara (Switzerland) and Yallo gets away cheaply: the 40 telephone calls and 1000 MB data volume with these two providers each cost 40 francs (converted 36 euros).

It is interesting that the well-known providers Swisscom, Sunrise, Salt, Lidl Connect (Switzerland) as well as Aldi Mobile (Suisse) and Wingo are practically equally expensive. All of the providers mentioned charge the sample customer around CHF 60 (around EUR 54) for the selected usage profile.

But it can also be “expensive”. With “Digitec Connect” you would pay around 143 euros for Lidl (Switzerland) and 257 euros for Salt, for “TalkTalk” even just under 1080 euros. The front runner would be “ok.-” from Valora with 22 200 euros (!). Since it is prepaid, customers do not have to be afraid of a “horror bill”, because the credit would have been “everyone” long ago.

Compared to June 2019, there are some price increases: with no fewer than five Swiss mobile phone providers, prices have risen. There were only price reductions with two providers.
The conditions of the cheapest providers have not changed, while providers in the medium price range in particular have increased their prices.

More and more customers no longer make calls abroad, but only use the Internet. Moneyland.ch also compared the costs for European data roaming without voice telephony.

The differences between the providers are huge: 1 GB of data roaming in Europe is the cheapest for “TalkTalk” subscription customers at CHF 10 (EUR 9.40). In second place is “Mucho Mobile” with 13.10 euros for 1 GB of data roaming, followed by Swisscom with 14 euros.

Sunrise, ALDI Suisse mobile, MBudget Mobile, Salt, Yallo and Lebara customers pay a little more with just under 19 euros. Coop Mobile (38 euros) or UPC
(57 euros) are in the midfield, the crowning glory are again “TalkTalk” and “ok.-Mobile” with theoretical 940 euros and 21,000 euros.

With a data volume of 3 GB, Sunrise is the cheapest at EUR 19.80, followed by the in-house cheap brands Yallo and Lebara (each with a subscription)
23.40 euros. Swisscom (EUR 37.30) and Salt (EUR 56) are significantly more expensive. “A customer who transfers 3 GB of data abroad pays twice as much for Swisscom as for Sunrise. A Salt customer even pays three times as much for Swisscom.”

The same picture can be seen when using 10 GB data volume in other European countries. On the first place
remains Sunrise with 28 euros and Yallo and Lebara with 33 euros. With 40 GB, all three offers contain a very large data volume. Swisscom (€ 127) and Salt are much more expensive with almost € 131 for 10 GB of data.

Swiss providers have been relying on a “customer-hostile strategy” for years: very high standard tariffs for customers who do not inform themselves before using it. On the other hand, there are attractive tariffs as part of options and packages for customers who inquire about a trip.

According to the official statistics from the Swiss Federal Office of Communications (OFCOM), 84 percent of all roaming customers made calls at the Swiss standard rate in 2018. Even if this number should also include tariffs with inclusive roaming, these statistics show that many mobile customers still do not book options before going abroad. That can really cost money.

Of course, expensive cost traps also run for options: after returning home, these options must be canceled, otherwise they will continue to cost month after month, even if the customer is not abroad.

Swiss telecom providers rely heavily on mobile phone tariffs with inclusive roaming. These are practical because customers – at least in Europe – can use their smartphone relatively safely. According to Beyeler, they are far too expensive for the typical holiday traveler (once a year). “As a rule, the higher basic fee is not worth it.”

Buy a card in Germany?

Our tip for Swiss people who come to Germany regularly: Buying a German card could still be worthwhile. With prepaid, video registration via the app or directly in the store is necessary, but this should generally not be a problem if you have your passport or ID card with you.

Which provider and tariff you should choose can be seen on our tariff comparison pages.

Tips for Germans in Switzerland

German customers traveling to Switzerland should check their tariffs carefully. Only Deutsche Telekom has included all or part of Switzerland in its EU roaming tariffs.

Customers of Vodafone or o2 either have to book an option or buy a card on site in Switzerland. The Swiss can later be used in all three networks in Germany, which can also be interesting.