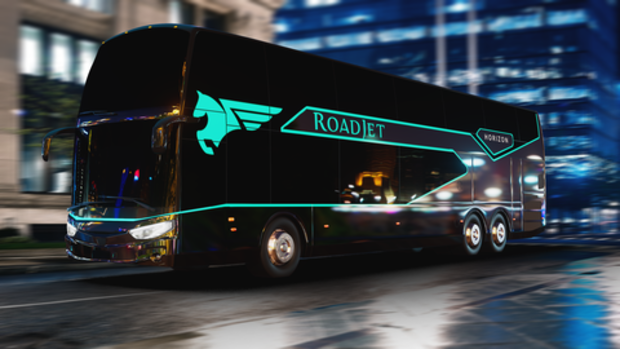 Dusseldorf In the middle of the worst crisis in the still young long-distance bus industry, two founders dare to take to the streets. Starting in August, the duo Muhammed Simsek and Mujib Bazhwal want to run a new scheduled service with Roadjet, initially between Stuttgart and Berlin via Nuremberg and Leipzig. That looks like a start-up’s desperate attempt to chase away the unchallenged German market leader Flixbus customers, even though other long-distance bus providers have already failed.

But the roadjet founders Simsek and Bazhwal have no plans to take on the green fast monopoly Flixbus (over 90 percent market share). Their goal is to establish a new premium segment with luxury long-distance coaches. “Bus travel,” says Bazhwal, “doesn’t necessarily have to be the cheapest form of travel.”

While long-distance bus operators like Flixbus, Blablabus or Pinkbus see themselves as a travel alternative for savers and customers with a lot of time, Roadjet wants to offer 1st class, but at 2nd class prices. At the start, the trip from Stuttgart to Berlin should cost 39.99 euros. Utilization-dependent and significantly higher prices take effect later.

So far, everything has focused on cheap buses

“Since the liberalization of long-distance bus routes, I have been observing the market and had to find that all long-distance bus providers have positioned them in the low-cost segment and either have not yet recognized or underestimated the potential of special, high-quality buses,” says Simsek. He travels a lot professionally, uses trains and planes, but misses comfortable bus connections.

The 35-year-old has been pursuing his idea of ​​founding such a premium company himself for five years. Now it should be realized – even if the corona crisis temporarily prevented the start. The concept is completely different from that of most long-distance bus start-ups.

Roadjet had a special bus developed in Spain on a Scania chassis. The vehicles are operated in-house and with our own staff. Flixbus, on the other hand, operates a booking platform, plans networks and has hundreds of bus companies under contract.

Flixbus does not have a single long-distance bus. As a result, Munich residents avoid high capital commitments. Nevertheless, hundreds of millions of euros in capital have flowed from investors in the eight years since it was founded. Flixbus is now expanding into the United States and is trying to add railroad lines to its bus network.

The newcomer Roadjet is financed by a start-up fund from the state of Baden-Württemberg and private money from the initiators and friendly investors. Since the beginning of the year, 36-year-old Bazhwal has also been on board the company as co-founder and co-managing director. Neither provide any information about the amount of the investment. A luxury liner for Roadjet equipped with high-speed internet, massage recliners, as well as a wash and changing room costs up to half a million euros. Even leased vehicles are expensive.

Both founders previously had experience in the automotive industry, but are now fully focused on the start. At first only with one line. Connections between Berlin and Cologne, Munich, Stuttgart and Hamburg are to be added later. In the long term, Simsek says, franchise routes are also conceivable.

The start-up from Ludwigsburg does not have to worry about a problem in Corona times, at least. The hygienic distance between passengers can be maintained more easily than in other coaches. Instead of the 96 possible seats, the Roadjet biplane has space for only 44 passengers. The planned comfort zones of the travelers are lush. And with it also the hygiene distances of the guests in the bus.

Flixbus, on the other hand, went back to full capacity right after the shutdown at the end of May. However, the booking figures still seem to be so small that travelers can stay halfway at Corona distance.

More: The federal government is providing two billion euros in aid for start-ups