Last Tuesday (16), the first episode of season 6 of Riverdale aired on The CW channel. After a year full of uncertainty and a long hiatus, the series appears to be moving towards more stability on the network’s schedule, promising to win audiences with exciting conflicts over the next few weeks.

That way, check out all the details of the 6×1 episode by reading our full recap!

Riverdale: more information about the season 6 premiere of the series

The titled “Chapter Ninety-Six: Welcome to Rivervale” (Chapter Ninety-Six: Welcome to Riverdale, in a free translation) begins in a very creative way. By changing the tone of the series to some extent, the writers expose the characters from a new perspective, but bringing relevant information that will certainly impact the unfolding of the narrative during the 6th season.

While viewers might be eager to know exactly what happened to Betty (Lili Reinhart) and Archie (KJ Apa), for example — who nearly died at the end of Season 5 — a narrator emerges to tell a new story about the city. . It’s new times in Riverdale, introduced as an alternate version of the place everyone has become accustomed to watching over the past few years.

There, beliefs in superstitions are stronger than anything else and Jughead (Cole Sprouse) talks to the public. To illustrate this point very well, the plot of Toni (Vanessa Morgan) and Fangs (Drew Ray Tanner) comes to the fore, especially as they both face a bizarre situation involving their baby’s colic. To solve the problem, they need to act fast before it’s too late.

Within that context, there is another very imposing couple in this new version. It’s Veronica (Camila Mendes) and Reggie (Charles Melton), who, despite looking extremely happy and in tune, there’s something about their relationship quite controversial. Apparently, Cheryl (Madelaine Petsch) has a solution up her sleeve to fix any kind of problem.

Meanwhile, Jughead tells everyone he was moving in with Tabitha (Erinn Westbrook) and everything was going well until he killed a spider. According to her, this act could bring them a lot of bad luck, which it actually does. In the middle of the night, they both wake up because they are bothered by so many insect bites.

Cheryl appears to help them, providing a recipe that can stop the itch. In return, she asks the couple to participate in her Harvest Festival. The character has very suspicious behavior, especially when he has a little friction with Archie and Betty in the forest.

Later, at the town’s residents’ meeting, she also proposes solutions to some of the problems linked to reforestation around Riverdale. All of this culminates in its infamous Harvest Festival, whose theme is linked to a sin pie, which, when completely devoured, will take with it all the region’s problems. 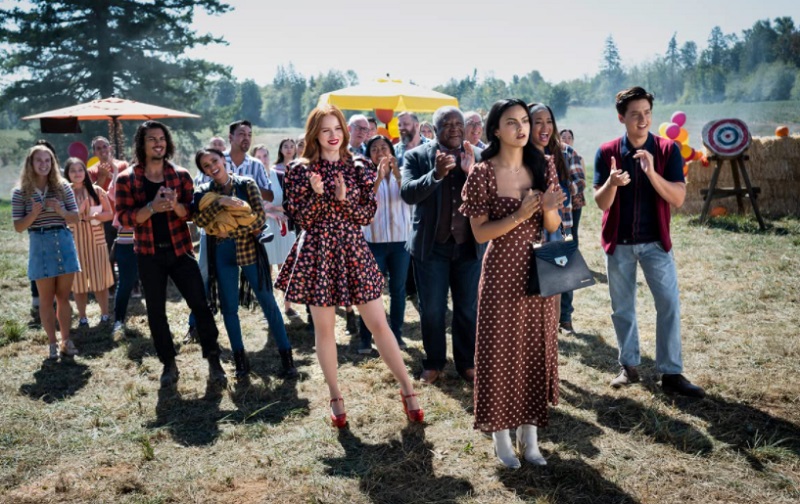 Archie participates in all the proposed competitions, even after having some emotional and family conflicts with Betty, considering that, in this version, the two want to have children. Even taking second place, the character earns the right to eat a pie.

Some time later, the entire town gathers at Thornhill and Betty informs her that she has managed to get pregnant. In this regard, Cheryl informs him that Archie will need to be sacrificed. Veronica hits him with a rock on the head and then his heart is ripped out.

What will happen? Don’t miss the next episode of Riverdale!