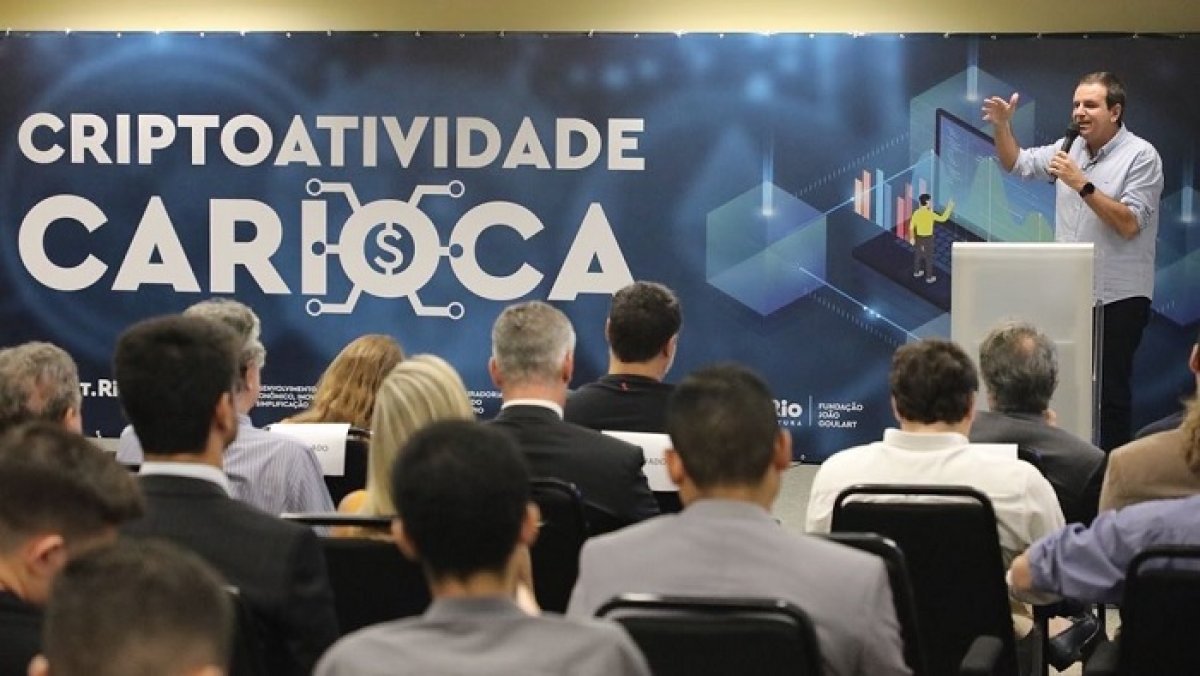 Rio de Janeiro will become the first city in Brazil to allow tax payments through cryptocurrencies. Last Friday (25), the city hall announced that the residents of the municipality will be able to pay the 2023 IPTU with digital currencies, without specifying yet which assets will be accepted. The initiative is part of a larger project that seeks to develop the local crypto market.

The mayor of Rio, Eduardo Paes, had already indicated in January this year that the city could receive a system that would allow paying IPTU with bitcoin (BTC). His idea was announced during a cryptocurrency event that was also attended by Miami Mayor Francis Suarez, a name well-known for being the first politician to implement digital currencies in a municipality’s accounts.

However, it was only last Friday that Paes confirmed the integration of cryptocurrencies in the administration of Rio de Janeiro. The revelation took place during Carioca Cryptoactivity eventorganized by the municipal secretariats of Finance and Planning and of Economic Development, Innovation and Simplification.

On the occasion, the CriptoRio report was presented, which described a set of ideas that aim to “propose actions to stimulate the development of a crypto market in the city”. Apparently, Paes wants to turn Rio de Janeiro into the hub of crypto assets in Braziljust like Suarez did with Miami.

In practice, City residents will be able to pay the 2023 IPTU with cryptocurrencies, although it is not known exactly what they will be. However, the municipality would only receive payments 100% converted into reais. For this, the city hall is looking for specialized companies to establish partnerships in order to make the project viable.

“Our effort here is to make it clear that in the city of Rio we have official initiatives that recognize this (crypto) market. Now, those who invest in cryptocurrency and live in the city of Rio will be able to spend this asset here paying official tax in the city. And we’re going to get through this fast.”

Paying IPTU with cryptocurrencies is just the first step. According to the city of Rio de Janeiro, there are also other crypto projects underway in the city. Bitcoin, for example, could be accepted as payment for taxi rides in the near future. In addition, the administration of Paes claims that these crypto assets will be used to “stimulate the arts, culture and tourism”.

Details of what is to come are still scarce, but the city government says it will use NFTs to create a “sound and responsible governance policy for evaluating the realization of crypto investments”. In addition, Paes said that the municipal government is already studying the possibility of allocating 1% of public coffers in cryptocurrencies.

Therefore, it was also announced creation of the Municipal Committee for Cryptoinvestments (CMCI), which will be responsible for developing, structuring and studying resource investments in crypto-assets, considering all limitations in the use of public money.

However, this is unexplored terrain and possibly fraught with legal obstacles. The use of cryptocurrencies by the government in Brazil is unprecedented until then. Therefore, the actions of the City of Rio de Janeiro must follow the existing regulations and guidelines of the Central Bank and the Securities and Exchange Commission.

Among the future projects is also the development of NFTs in the city of Rio. The non-fungible tokens would bring images of tourist spots and the project would lead to the creation of spaces for artists to make interventions. The arts developed would also become digital assets and would go into a blockchain wallet chosen by the city.