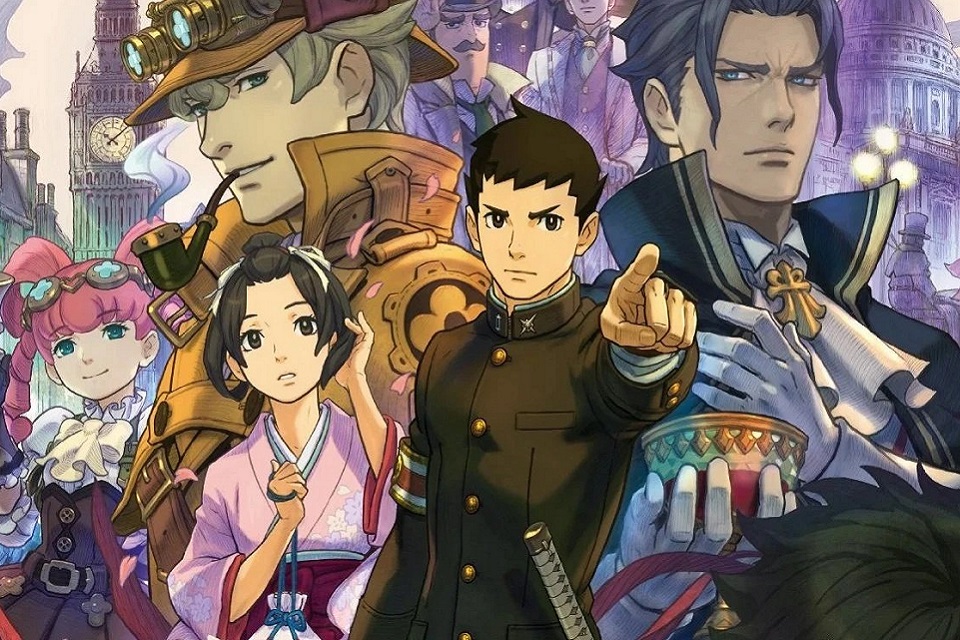 With its original trilogy released during the Game Boy Advance in Japan, the franchise Ace Attorney won the rest of the world when it was made available on the Nintendo DS. Since then, we’ve seen almost every new title in the series coming through here, but unfortunately some still missed out on the way. The two games of The Great Ace Attorney, a special series focused on an ancestor of our beloved Phoenix Wright, are the best examples of this.

Different from the extremely different spin-off from Ace Attorney Investigations, which had only the first title located here, the games of The Great Ace Attorney followed exactly the same formula as the main titles in the franchise, with only characters, an era and a few different mechanics. That’s why fans of the series always had the hope that they would make it to the West, which finally happened with the compilation The Great Ace Attorney Chronicles on Nintendo Switch, PS4 and PC.

But was it really worth waiting so long? Let’s start the session now to judge if this Ryunosuke Naruhodo adventure is really as good as we expected!

As our first testimony, we must point out to those following this trial that the first title of The Great Ace Attorney it was originally released in 2015 on the Nintendo 3DS, with its sequel making its handheld appearance in 2017. Of course, the franchise’s games are quite difficult to localize into other languages, as much of its humor and even some clues, puzzles or mechanics are quite dependent on Japanese language or traditions.

While the main games in the series were fully localized here, with Ryuichi Naruhodo taking the name Phoenix Wright and his nationality changing from Japanese to American, the same couldn’t be done with The Great Ace Attorney. As it takes place in Japan’s Meiji Era, right at the turn of the 19th to the 20th century, and has a plot that focuses especially on the arrival of foreign culture to the eastern country, it would not even make sense to carry out a localization in the same way as with the others games.

Ryunosuke Naruhodo and his allies are the defendants in this trialSource:  Capcom/Reproduction

With that, we have characters with their original nationalities and names, which can cause some awkwardness at first. Unfortunately, details like realizing right away that Ryunosuke Naruhodo is an ancestor of Wright’s last name aren’t so obvious to more casual fans who never went after the Japanese names of the characters in other games, for example.

Another detail that needs to be mentioned is that there is no localization in Portuguese for The Great Ace Attorney Chronicles, then you will need to have a good knowledge of the English language to understand the extensive dialogues and hundreds of jokes that completely depend on your knowledge of the language to get the most out of it. 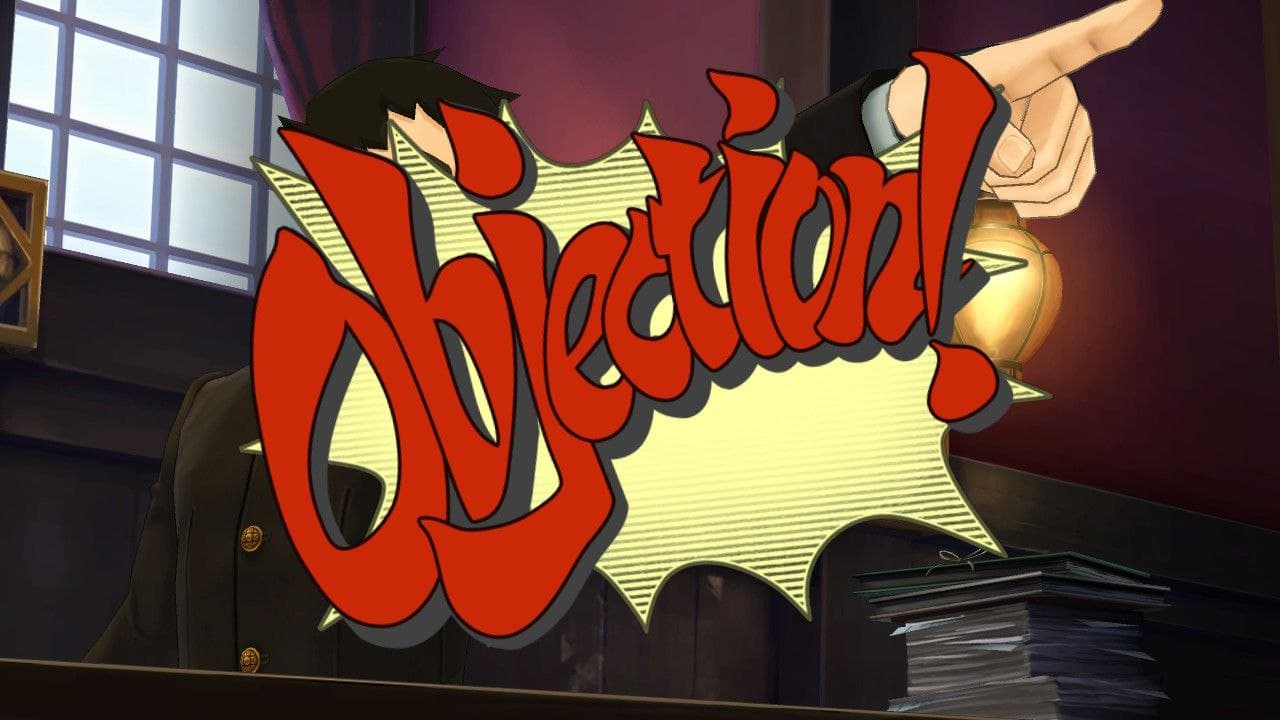 One objection that needs to be made to highlight the positive sides of the game starts with the fact that Ryunosuke Naruhodo is not the only familiar face in The Great Ace Attorney Chronicles, as the two games have several parallels with the original saga, both with Ryunosuke’s allies as his rivals or supporting actors in the plot.

So you can expect a replacement for Assistant Maya Fey, a rival like Miles Edgeworth, a dumb bearded judge, an unconventional detective, and even a clueless prosecutor you only face in tutorials. Even the animations and facial or body expressions of these characters are very similar to what we see in other DS and 3DS games.

Not to mention too much to avoid spoilers about the plot, you can say that up to certain points in the story are remarkably similar to what we saw in the original Phoenix Wright trilogy. This might be a nice touch for longtime fans, but unfortunately it also makes you guess what happens in the rest of the case early on. 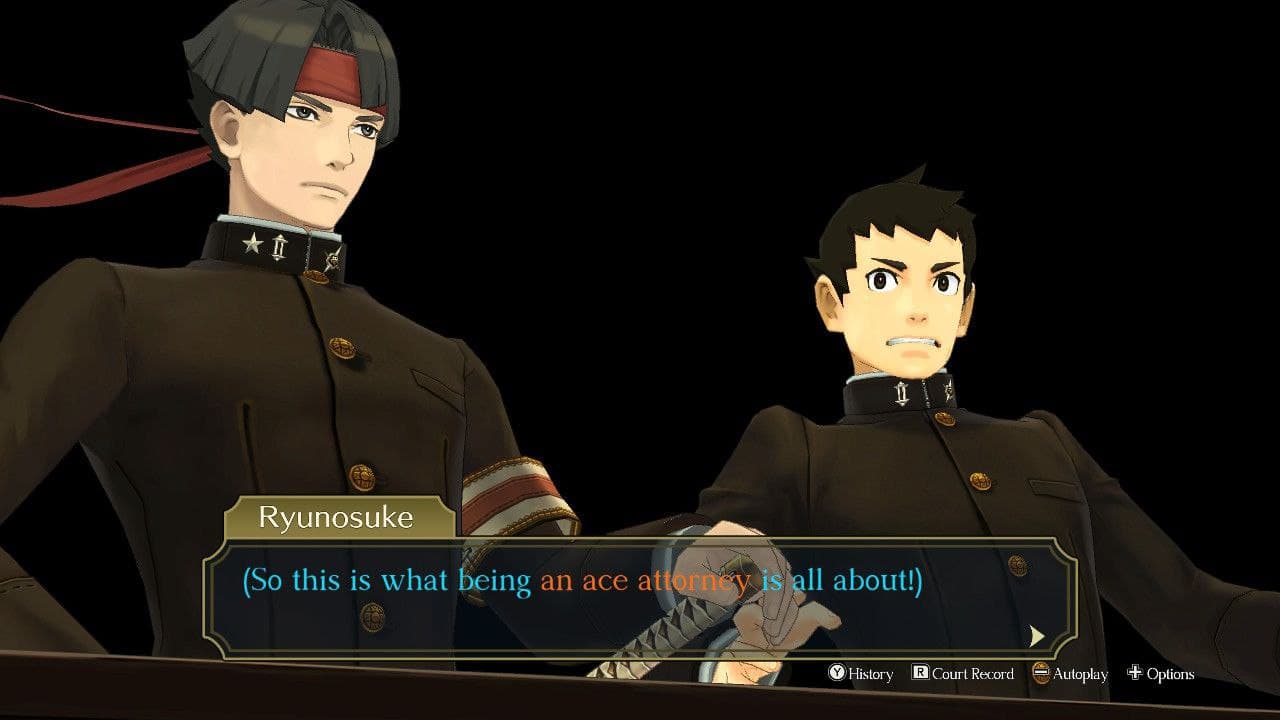 Ryunosuke also takes a while to become a true Ace AttorneySource:  Capcom/Reproduction

On the other hand, you can say that each character also has its own personality and this becomes more evident throughout the cases, leaving behind some of the first impression that they are all just an alternative version of the familiar faces of Ace Attorney.

Testimony 2: Learning the art of defending

Continuing our testimony, something worth saying about The Great Ace Attorney is that it can easily serve as a good entry into the franchise for anyone who has never gone to court with Phoenix Wright and his co-workers. As with all other titles in the series, the first case is essentially a great tutorial for you to learn how to question witnesses, present important evidence, examine objects that could become vital to the case, and find inconsistencies so you can launch the famous “Objection!” when you notice something strange. 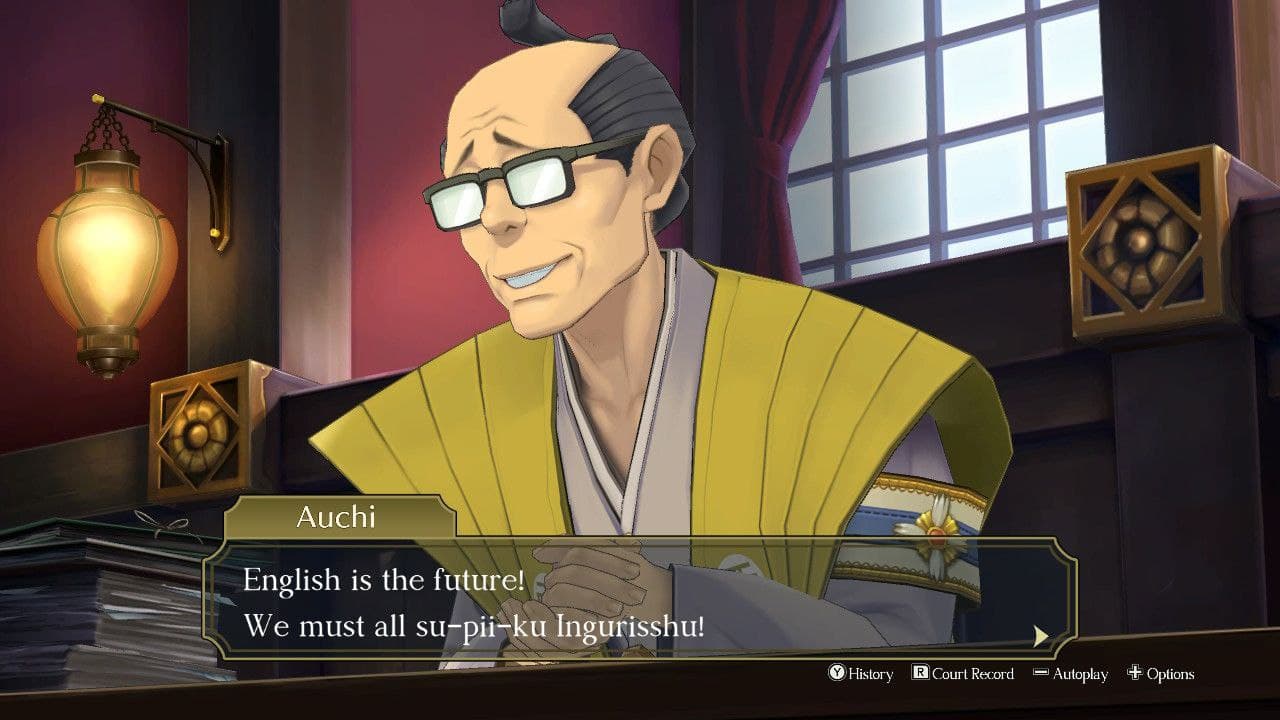 Longtime Ace Attorney fans will recognize this promoter without too much trouble.Source:  Capcom/Reproduction

The difference here is that the first case is much longer than any other in the franchise’s games, being able to last a few hours and being divided into three main parts. This definitely makes the case itself more interesting and full of twists than past tutorials, but it still holds the player’s hand way too much.

Unfortunately, this is not restricted to this specific case and we can see that the game continues to teach us to play with very simple examples in the other two cases that follow, which tends to become slightly tiring. This might be a good decision to introduce new players to the franchise, but it could have been a better designed element to balance the teachings and the obviousness of the situations presented.

Even The Great Ace Attorney Chronicles has a formula very similar to the other games in the series, there is clear evidence that it has its own characteristics and even some interesting new quality of life. The first one that really makes a difference is the “Autoplay” button, which is used to pass dialogs automatically to the player. 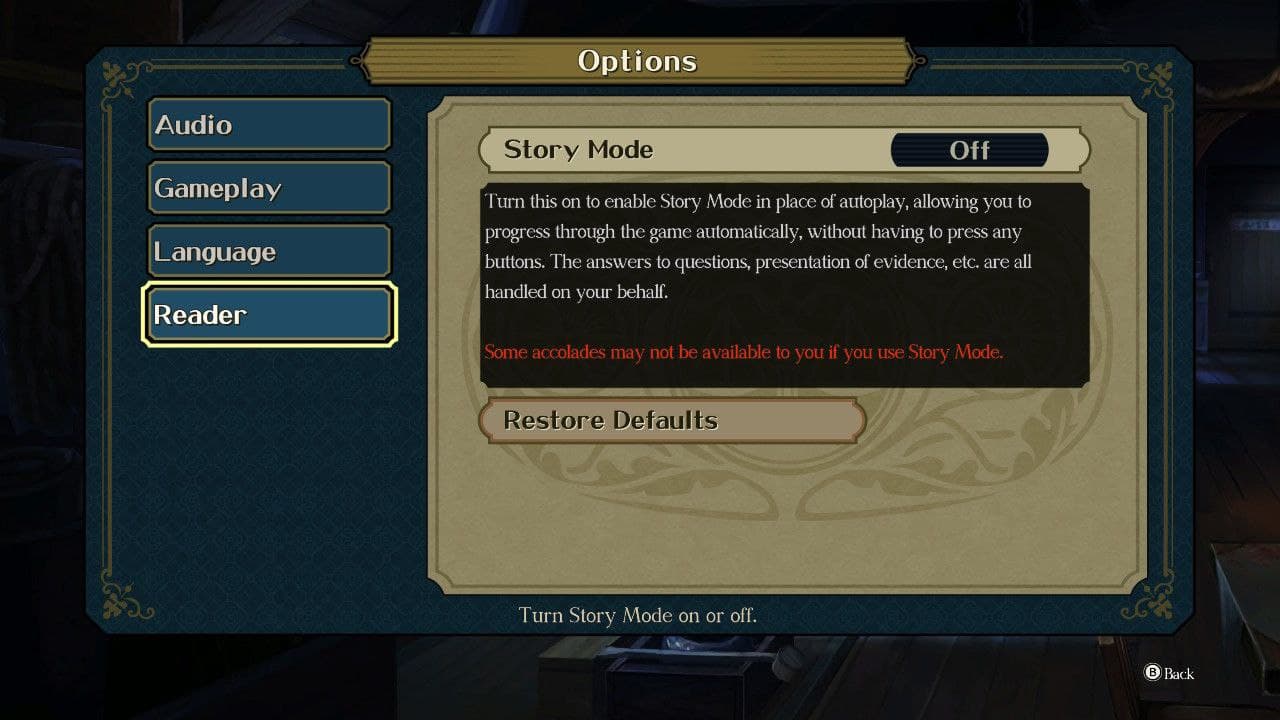 Those who prefer to watch instead of play can count on the Story Mode optionSource:  Capcom/Reproduction

This may seem lazy to some, but because it’s a visual novel, Ace Attorney it has hours and hours of text only to be read, which can make the task of having to keep pressing the confirmation button to pass the dialog into something very boring. With Autoplay, you can just let go of the controller a little bit and read everything calmly as if you were watching the story unfold, while the normal commands are still entirely up to you, including crime scene investigation or court interrogation , for example.

There is also a Story Mode in the options, which replaces the default Autoplay and serves to spend the entire game without you having to do anything, just watch. It’s a valid option for someone who is perhaps more interested in the story and characters than the gameplay itself, although it’s still a strange concept to understand for most gamers. 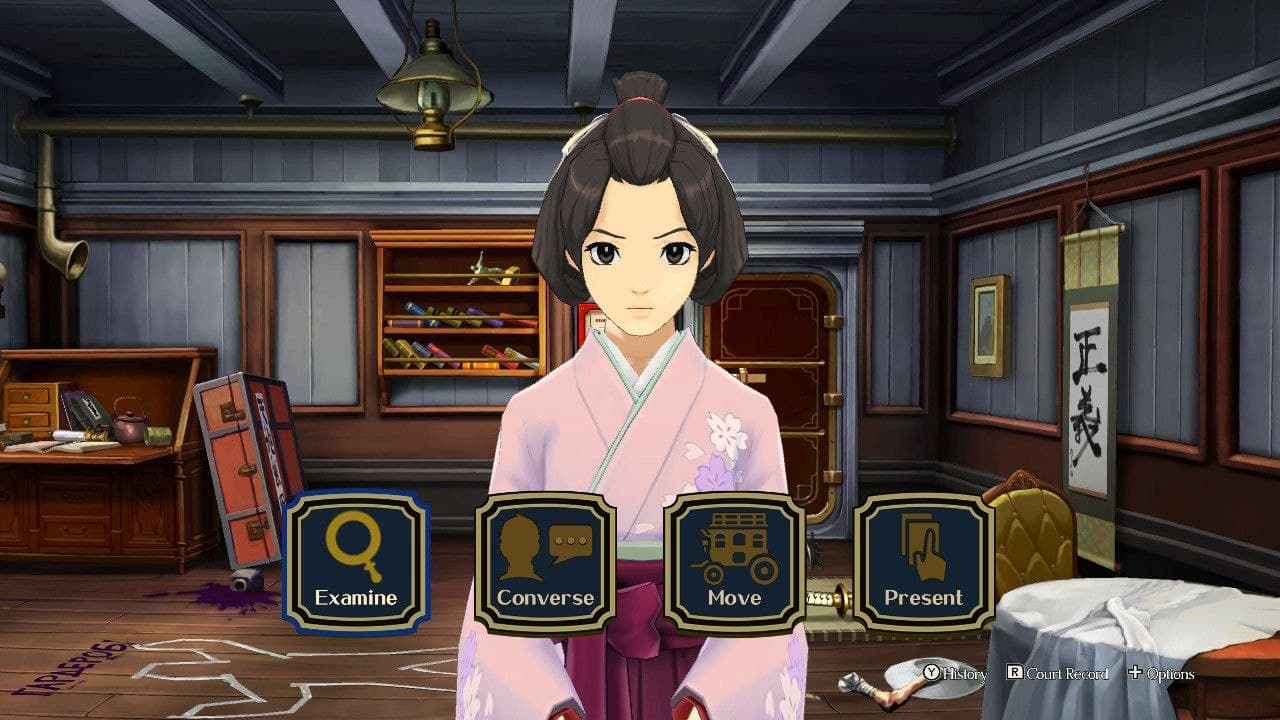 Even with Autoplay turned on, you’ll still play the parts that don’t just involve dialogueSource:  Capcom/Reproduction

Another really cool novelty is that there is the option to choose any of the cases directly from the collection’s main menu from the beginning. So you don’t have to finish the games or try each case to the end to select them as you prefer. Still talking about the menu options, it’s worth mentioning that these games have some achievements even on the Nintendo Switch, which doesn’t have its own system of this type like the PS4 and PC, which is great for those who love these types of challenges in their favorite games .

Fortunately, the new mechanics are also excellent, which includes the deduction of the great detective Herlock Sholmes, that they are almost always wrong and need to be corrected by Ryunosuke in order to get real and valuable clues. Other than that, there is the jury system in the courtroom, in which all members must be convinced of the accused’s innocence. If everyone believes the defendant is guilty, you will enter a sudden death scheme, needing to work quickly to find contradictions and change everyone’s opinion. 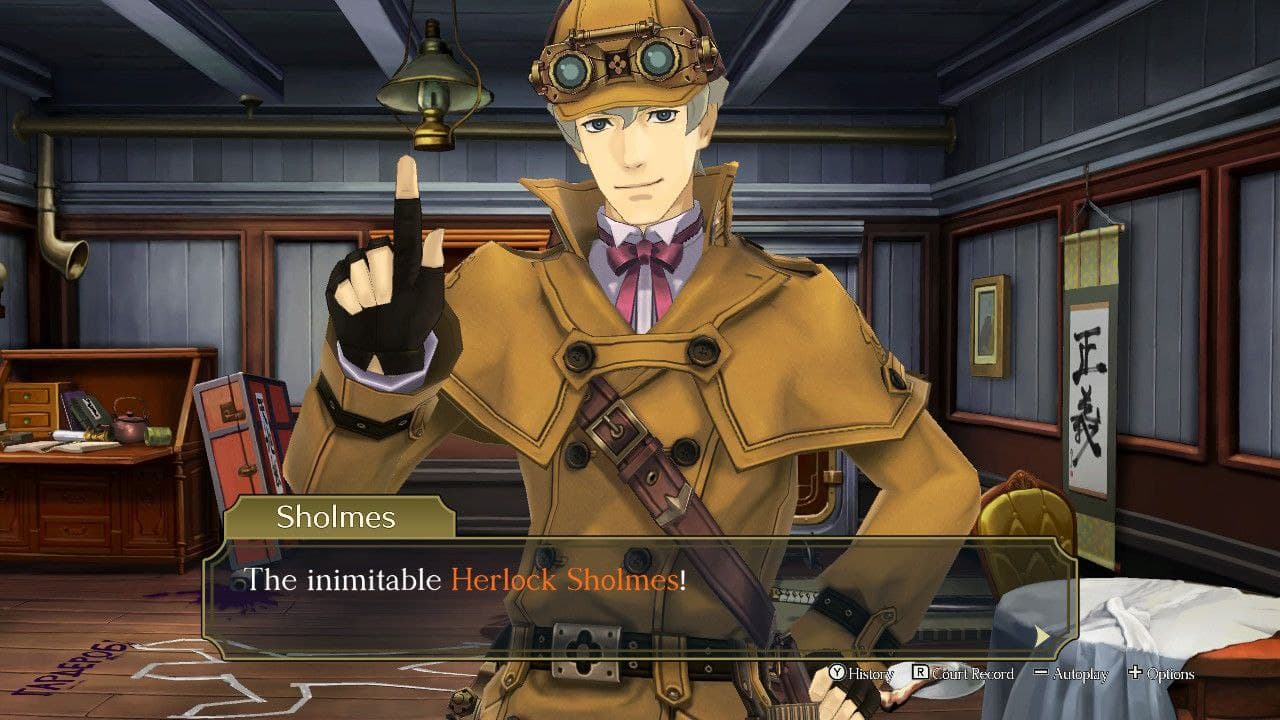 Our dear Herlock Sholmes is one of the best parts of both gamesSource:  Capcom/Reproduction

All of this is proof enough that the game brings the feeling of being something totally new and not just a new skin for an already established franchise.

Dear Voxel readers, considering everything we’ve seen so far about The Great Ace Attorney Chronicles, we can see that there is enough evidence to consider that this compilation is, in fact, highly recommended for both old fans of the series and those who have always had a curiosity to try it for the first time.

It was possible to notice during this analysis that he has some problems when dealing with his tutorials and even with the lack of localization for those who do not understand much of English. Still, these evidences weren’t enough to belittle the quality and fun delivered to its players. 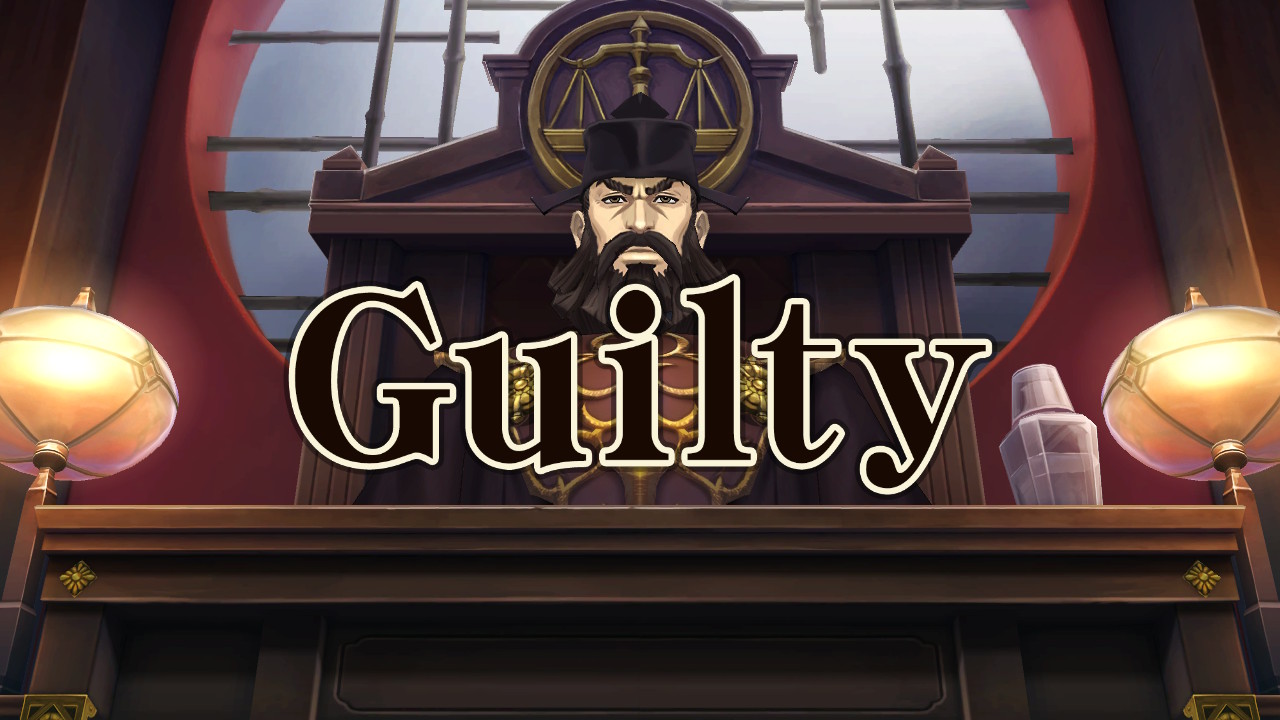 There is no way to give another verdict for The Great Ace Attorney ChroniclesSource:  Capcom/Reproduction

With these points in mind, I see no reason not to give the verdict that The Great Ace Attorney Chronicles is, in fact, guilty of being an excellent and fun game and a must-see addition to the franchise!

The Great Ace Attorney Chronicles brings parallels to the original games, but is not afraid to demonstrate its own identity and charisma

The Great Ace Attorney Chronicles has been kindly provided by Capcom to carry out this review.