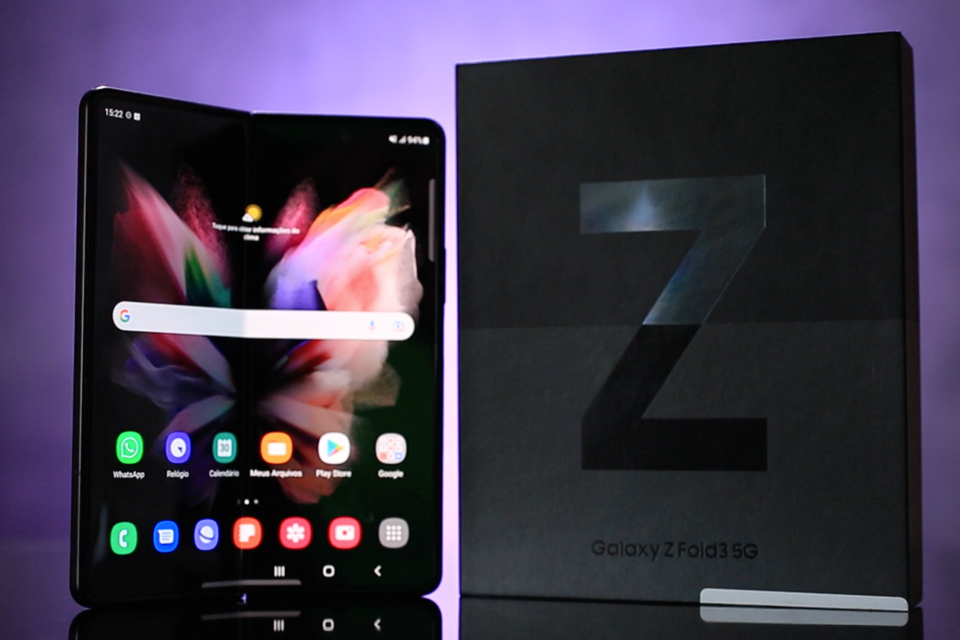 The new Galaxy Z Fold 3, from Samsung, arrives with the proposal to refine  and arouse even more the public’s interest in devices with the concept of “smartphone that becomes tablet”. But was evolution enough to convince the most skeptical of this type of device?

I spent a few days using the Z Fold 3 as my main cell phone and I’ve gathered here everything that I could test and that you need to know about it. Now let’s get to know this new Samsung folding better.

The Galaxy Z Fold 3 is a better-built version of the Z Fold 2. When you catch your eye, they’re very similar, but the newer model is lighter and thinner, which improves the grip with it closed.

But don’t be fooled, because it’s still a heavy phone and the external screen proportion still has that “remote control” format, quite long, which makes it difficult to touch icons that are there at the top of the display, but you can make small tasks and follow the Twitter feed.

The rear cameras are still popped and make it difficult to use the device with this part supported on the table without a cover, since it is wobbly. Despite closing very well at the edges, the gap that is in the middle of the closed device still allows a lot of stuff to go in here to attack the screen.

On the right side, we have the volume and power buttons, which is where the digital reader is, and on the left only the chip drawer. Stereo sound output is split between top and bottom and connection is USB-C.

One of the big highlights of the Z Fold 3 is that it’s tougher. The hinge feels firmer and still has that amazing engineering to leave the device open at different angles. The outer part is protected by the protected by an aluminum alloy sledgehammer (Armor Aluminium) and by the Gorilla Glass Victus on the glass part.

The internal screen still uses Samsung’s so-called “Ultra Thin Glass”, covered with layers of plastic, the last of which is the protective film made of PET. Now it is also stronger and promising 80% more durability to the folding. The crease is still here and there’s that depression in the middle of the screen, but I’ll confess that this is no longer a bother after you’ve been using the braces for some time. 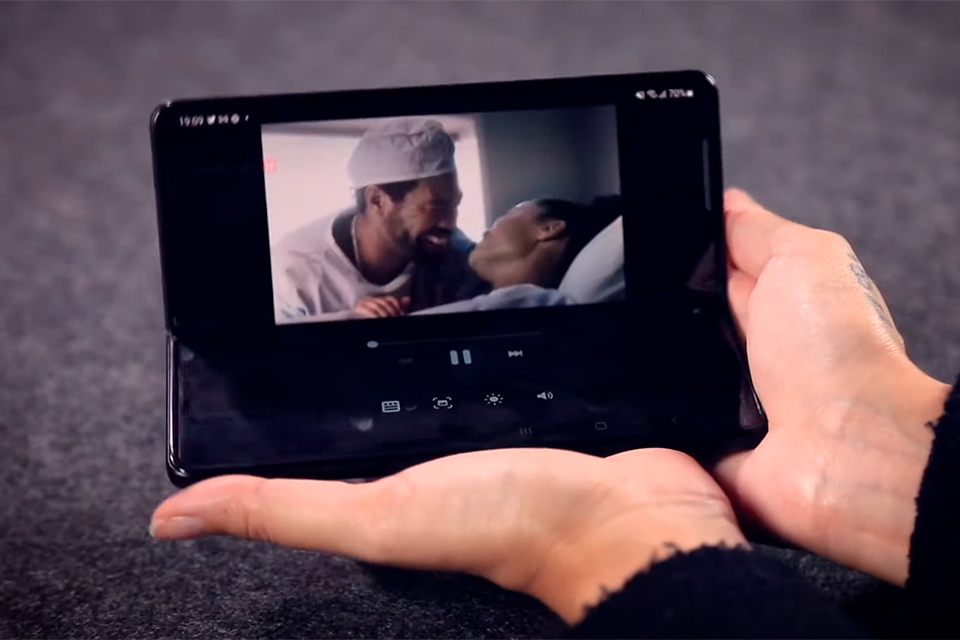 This increased resistance also allowed for interaction with the S Pen. I didn’t get an S Pen to test here with the Fold, but during our hands-on with Samsung, I was able to test the new thing – made especially for the Fold – and see that it has a tip that sinks into the pen and is soft. , to avoid scratches on the screen. The pen is sold separately and has no place to attach it to the body of the device, as with the Note line.

But what really matters is that this is the first time that a folding machine has been certified for water resistance, the IPX8. This means that you can immerse your cell phone up to 1.5 meters in fresh water for up to 30 minutes. To achieve this, Samsung sealed the internal parts on each band of the device. But it is very important to point out that it has no resistance to dust, ok? So don’t take him to the beach and leave him in contact with the sand, because it’s going to be bad. That’s because solid parts can get into the hinge mechanism, for example, and ruin everything.

The screen outside is a 6.2-inch AMOLED and has had an improvement in refresh rate, which brings more fluidity with its 120 Hz, but it’s still hard to type here. The internal screen, also an AMOLED, maintains the same rate on its 7.6 inches and has HDR10+ and 1200 nits peak brightness. The crease is still very visible depending on the viewing angle, but when you look at the screen from the front, you can’t see it.

We don’t even need to discuss the image quality on the screen, but the big star is really the camera that is hidden under the display, leaving more space without interruption when watching some content, for example. I liked this alternative, which is much better than the notch and the black “hole” which, despite being smaller, also diverts our attention.

The new camera is almost invisible, especially when using it in full screen to view photos and videos. When the display is dark, it is more evident and when there is something very bright on the screen, you can see the grid. This did not interfere with my experience, but I confess that it is somewhat strange at first. 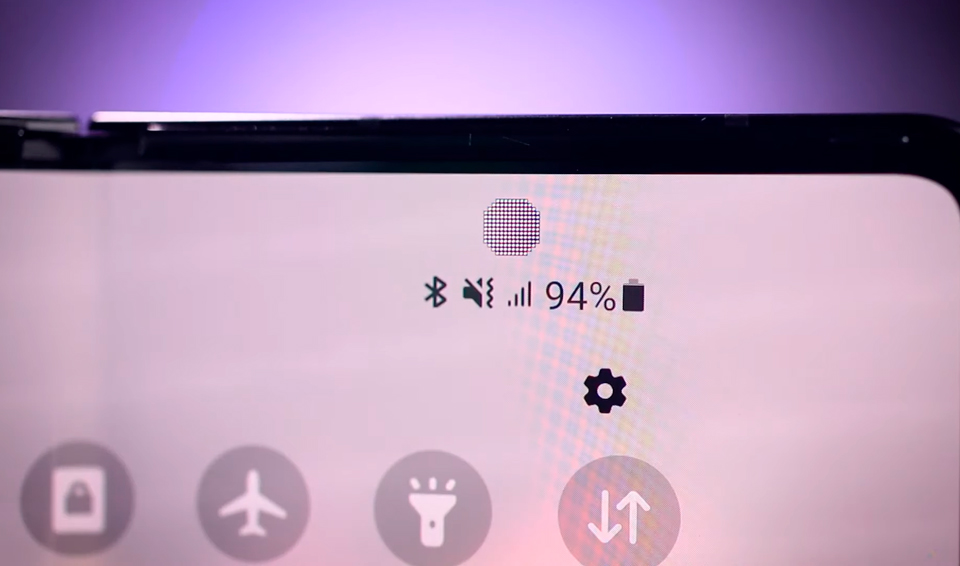 The point is that this camera is only 4 megapixels, so it doesn’t do any miracles, but it breaks a branch when making a video call with it bent 90 degrees and leaning on the table, for example. In other words, I ended up using it more like a webcam, as the device has four other better cameras for taking selfies.

Apart from this camera under the screen, which makes photos with noise and sharpness that leaves much to be desired, there is not much new here in this regard. The three rear cameras on the Z Fold 3 have 12 megapixels each, one telephoto, one wide with f/1.8 aperture and one ultrawide with f/2.2 aperture.

The camera set is very good, but not the best on the market. The images obtained are sharp and colorful most of the time, but it lacks the powerful zoom of the Galaxy S21 Ultra and the tonal fidelity of the iPhone 2 Pro, for example. In environments with low light it already suffers a little, but it has the night mode to give a little help. 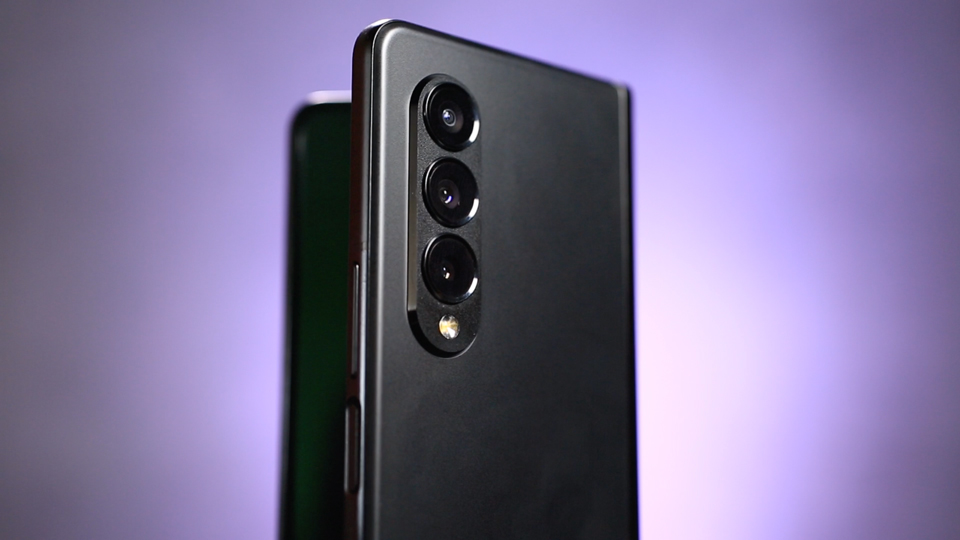 The 10 megapixel front camera brings good levels of detail and still has options like portrait mode, night mode and single take. But if you don’t want to use this lens to take a selfie, you can use the rear cameras and, with the device unfolded, view the frame on the external screen. To enable, just click on the preview icon in the upper right corner.

The bad part is that you can’t trigger the shutter on the external screen, but the feature is still great for those who want to take photos or videos on their own with better quality. You can use the gesture of raising your palm to capture images, voice command, position the floating fire button or even use the volume button.

Another advantage of the internal screen is that the system allows you to split the screen to see the photos and videos you are taking on the left side, while taking other captures in the right side view.

The Galaxy Z Fold 3 software has also received special attention from Samsung and the multitasking experience has been enhanced. You can run up to three apps at the same time and even attach a sort of taskbar to the side, which facilitates the process of dragging and dropping selected apps. This bar is customizable and helps when you see how many unread messages you have in messengers or even quickly access your favorite apps.

But a really cool addition is Labs, which is there in the advanced configuration features. It brings together a number of experimental features, such as the expected option to customize application proportions. In practice, this means you can put Instagram in full screen, as its original version is not optimized for Fold’s screen and has a weird display, like a strip in the middle of the screen with some leftovers.

You can also allow all apps to open in split screen, even if they weren’t originally designed for that layout. Another really cool feature of Labs is to apply Flex mode to various apps that don’t have a custom look and feel for it yet. When we activate the option, the content is at the top and a panel with some extra controls appears at the bottom of the screen when we have the device folded.

In addition to this option “cat” Labs, Samsung also has partnerships with some developers so that the apps already have native support for Fold. In the case of Spotify, for example, it has a better use of the screen, showing in the lower left corner what is playing while the right side is free to explore the content of the app.

To handle all this processing, Samsung adopted Qualcomm’s Snapdragon 888, accompanied by 12 GB of RAM. This setting is more than capable of rendering well images of heavier games, using three applications at the same time, all without crashing.

When you’re using some app on the external screen and decide you want to stay on the internal one, this transition is very fluid and natural and during my period of use, I didn’t notice any chokes. But it’s worth remembering that I didn’t spend so many days with him. 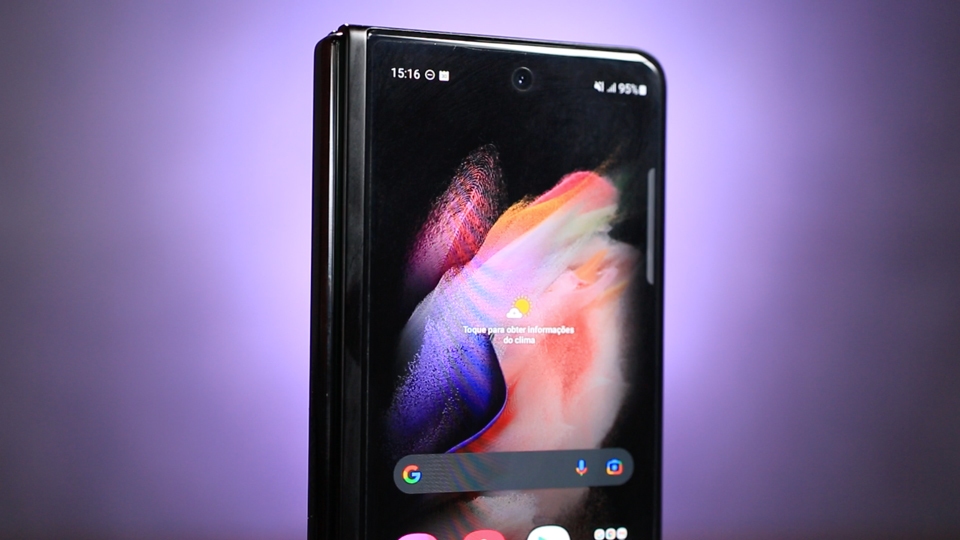 The battery had a slight drop compared to the Fold 2, which was 4,500 mAh, and stayed with 4,400mAh in the Z Fold 3. Despite the adopted processor being very energy efficient, it still struggles to reach the end of the day with a load.

Remembering that now the external screen has a higher refresh rate than the predecessor, which helps to drain more energy. Also, as I end up using my cell phone to perform some tasks that I would need to transfer to a tablet or computer before, such as answering emails, I end up using it even more and, consequently, hoping the battery can take the hit.

The Galaxy Z Fold 3 doesn’t come with a charger in the box, but during the tests I used a 25W charger from Samsung itself and the result was 30 minutes of taking to reach almost 50% of charge. The handset also supports wireless charging up to 10W.

The Galaxy Z Fold is still a niche device. In Brazil, the previous model arrived costing R$ 13 thousand, a prohibitive amount that limits the number of users too much. Until the closing of this video, the manufacturer had not yet disclosed the value of the Z Fold 3 in Brazil, but the expectation of a possible reduction is not high.

But you can’t deny that this is still the best folding available on the market today. The software improvements, S Pen support and water protection are upgrades that many expected and indicate a real evolution of folding, but we are still far from talking about popularizing the format.

A point that I think is important to highlight is that, in my opinion, the arrival of the S Pen to Fold would not justify the death of the Note line. There’s no way to attach the pen to the folding pen and it’s still too clumsy to handle in routine use. Also, if camera quality is a priority for you, this is not the device you are looking for.

The bottom line of the opera is that the experience of using a collapsible is amazing for those who love technology, but we haven’t yet reached the point where it brings the best package on the market.