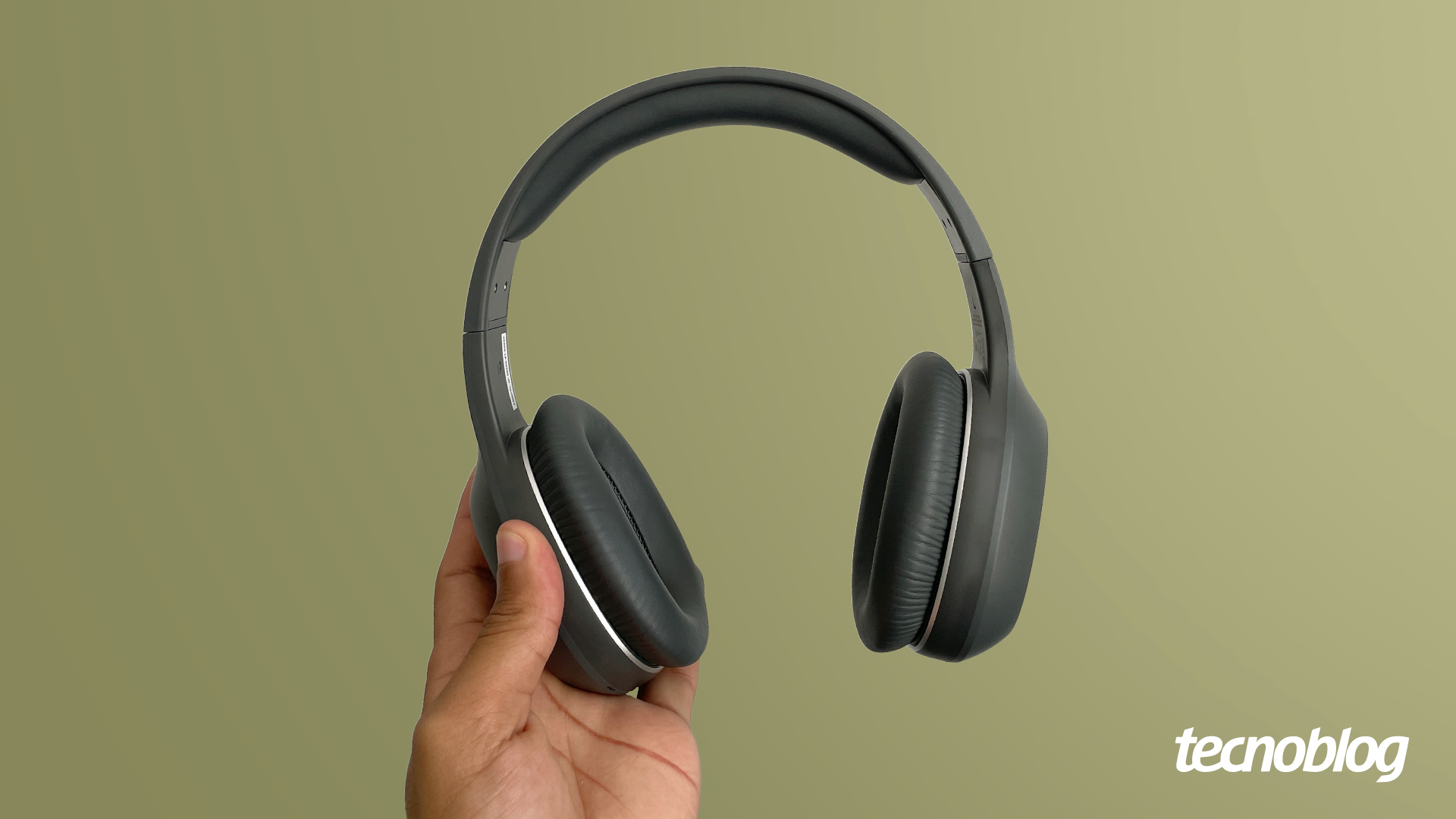 In 2021, Edifier launched the Bluetooth headphone Edifier W600BT, an even more affordable version of the popular W800BT, a model that gave the market a good stir. Although it shares the same design, the new phone stands out for its autonomy and connectivity. It’s 30 hours of sound, it delivers Bluetooth 5.1 and audio cable input that makes the product even more versatile.

The gadget landed in the country costing only R$ 194 and will compete for space with the JBL and Philips headphones. Does it make sense? I have tested the Edifier W600BT over the past few weeks and share my experience using it in this review.

O Techblog is an independent news outlet that has been helping people make their next purchase decision since 2005. Our reviews are not intended for advertising, so they highlight the strengths and weaknesses of each product. No company has paid for, reviewed or had advance access to this content.

The W600BT was provided by Edifier on loan and will be returned to the company after testing. For more information, visit tecnoblog.net/etica.

The Edifier barely messed with the look of the W600BT and worked on extremely subtle changes. It is identical to the W800BT and W800BT Plus, which I recently tested here on Techblog. The shape of the shell is the same, as are the foams and buttons. Compared to the W800BT Plus, the 600 appears to be plain plastic; at just 168 grams, it’s also lighter; and lost some details, such as brand identification with metallic effect.

But not only that. The economy in the structure made the model lose some of its firmness and, as a result, it is loose in the head. It’s not a horrible situation, but the W800BT Plus, which stands pretty steady, manages to please me more. Despite that, the headphone reviewed here shouldn’t bother most people: it has a flexible body and the lack of firmness somehow contributed to the comfort.

What still bothers me about Edifier’s W-BT series is the inability to fold the gadgets for better transport. In this model, in particular, the company could offer this flexibility, since an oversight in the suitcase, for example, can damage the product, after all, the structure is very simple.

On the controls part, there were practically no changes, either. The right shell received the on/off and pairing buttons, the volume buttons and the USB-C connection for power. The left only has the input for an audio cable. The brand already ships the accessory in the box, but I thought it was too short.

The headphone is also not compatible with the Edifier Connect app, but I was really happy to learn that the W600BT has a multipoint connection. This means that, like JBL headphones, this Edifier can be connected simultaneously to two different devices and the feature worked well in my tests with an iPhone 12 and a MacBook Pro.

Also in connectivity, Bluetooth 5.1 is part of the product’s specifications. In both music and video, the W600BT performs decently. Latency for videos is practically non-existent and it did not show vulnerability during connection. It’s just a shame the lack of support for the aptX protocol, which was restricted to the W800BT model.

In terms of sound quality, the W600BT has a profile very similar to other W-BT headphones, but it is possible to notice a certain inferiority. This does not necessarily represent a negative point, after all, you can’t charge much for an entry-level headphone. When I started testing the W600BT, I confess that I found the sound a bit shy and even dull on some tracks. Bass is present but not accentuated and I missed a fuller sound. The mids and trebles even please me for being clear and bright.

We‘ll Be Coming Back, by Calvin Harris, plays on this headphone with a lot of life, the vocals don’t get run over by the beats and other effects, and even in more intense parts, it remains stable. In my opinion, the track could play with a greater immersion if the bass gained a little more energy compared to the other frequencies. It’s still a positive experience.

In another setting, rock Beautiful, by Creed, plays well until reaching the most intense region, when the aggressive vocals and instruments gain strength. In this scenario, it is possible to notice a lump. In conclusion, the W600BT performs well in many musical genres, but it would gain more points with me if the bass got a little more attention.

For calls and video calls, the Edifier W600BT has microphones that can do the job. During communication, you’ll notice a lot of Bluetooth compression, but it doesn’t get in the way of interaction. In quiet environments the performance is satisfactory, but in noisy places the experience is poor as they do not filter out external noise.

Autonomy remains the main attraction of the line. Edifier promises 30 hours of sound on just one charge. It’s a lower number compared to the W800BT which delivers an impressive 75 hours but is still within the market average. In my tests, as was to be expected, the headphone could play for well over 30 hours: I managed to use it for two days on just one charge.

The Edifier W600BT is a simplified version of the W800BT and I confess that Edifier’s strategy with this model is not 100% clear. I deduce that the company’s objective is to serve those consumers who don’t give up an Edifier, but can’t shell out about R$100 more to take the popular 800BT, for example.

This version analyzed here has the main characteristics of the other W-BT headphones: the sound is cool, the autonomy is the main highlight, as well as the versatility in using cable or Bluetooth. All of this is positive, but leaves the model lost in the portfolio, without significant differentials. Today, the W800BT, which costs R$245, is the headphone from this family that I like the most, so the 600BT would not be my first choice.

Even without differentials and showing that it is not a definitive headphone, I believe that this headphone has its audience. It was developed for those who don’t want anything too advanced and are looking for a basic, cheap product that can serve you well on a daily basis. That’s the Edifier W600BT.