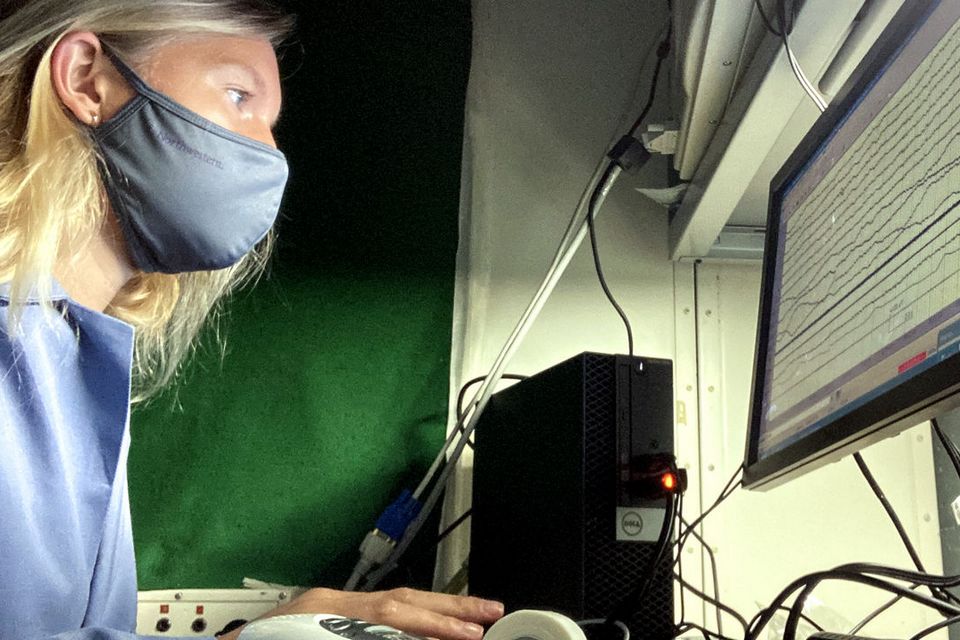 The concept of lucid dreaming (the one in which we are aware that we are dreaming) has always given good screenplays for films (see Inception); however, it is also a branch of science that increasingly tries to understand how our brain behaves when unconsciousness arrives at night. If researchers at Dream Lab at the Massachusetts Institute of Technology (MIT) use technology to hack dreams, scientists from four universities around the world are talking to people while they sleep.

“We found that individuals in REM sleep can interact with a researcher and communicate in real time and that those who dream are able to understand questions, engage in working memory operations and produce responses. Most people would think that this is not possible – that people would wake up when a question is asked, ”said one of the study’s authors, psychologist Ken Paller, director of the Cognitive Neuroscience Program at Northwestern University.

(REM stands for Rapid Eye Movement, a phase of sleep indicated by eye movement in which brain activity is as intense as that during conscious state. It is at this stage that lucid dreams occur.)

To conduct the experiment, participants were trained to recognize the signs that they were in a lucid dream and how the researchers would come in contact – through sounds, lights or even physical touches (each laboratory used different ways of communicating with volunteers) asleep).

In total, 57 sessions were held with 36 individuals; six indicated to the researchers that they were having lucid dreams 15 times, when they were tested with simple mathematical questions and questions (something like eight minus six). The volunteers responded using previously agreed signs, such as smiling, frowning or moving their eyes.

Out of a total of 158 questions, the researchers obtained from the sleeping volunteers correct answers 18.6% of the time and wrong answers for 3.2% of the questions. There was no clarity in 17.7% of the responses; 60.8% of the questions did not get an answer.

After waking up, the volunteers described what they had dreamed of: some remembered being called; one of the participants heard, on the car radio where he dreamed of being, the voice of one of the researchers asking him to solve a math problem, while another, at a party of friends, listened to the researcher, like the narrator of a film, asking if he spoke Spanish.

The experiments were conducted independently by the Northwestern team (USA), and those at Sorbonne universities (France), Osnabrück (Germany) and Radboud (Netherlands).

“We brought the studies together because we felt that the combination of results from four laboratories using different approaches more convincingly testifies to the reality of this phenomenon of two-way communication,” said psychologist and lead author of the study, Karen Konkoly. “In this way, we see that different means can be used for communication.”

The experiment yielded, in addition to the results, two fruits. Paller’s group developed the app Lucid for smartphone that teaches people to have lucid dreams (you can download it here). In addition, the OBS television network (focused on education) produced the documentary Dream Hackers: Bridge to Your Hidden Brainshowing a lucid dream experiment.

“It is a proof of concept. The numbers showed that the communication is real. And the fact that the laboratories involved have used different ways to prove that it is possible to have this type of two-way communication makes the results more robust. This work challenges basic definitions of sleep, ”he told Science Magazine cognitive neuroscientist Benjamin Baird, from the University of Wisconsin (he was not part of the study).