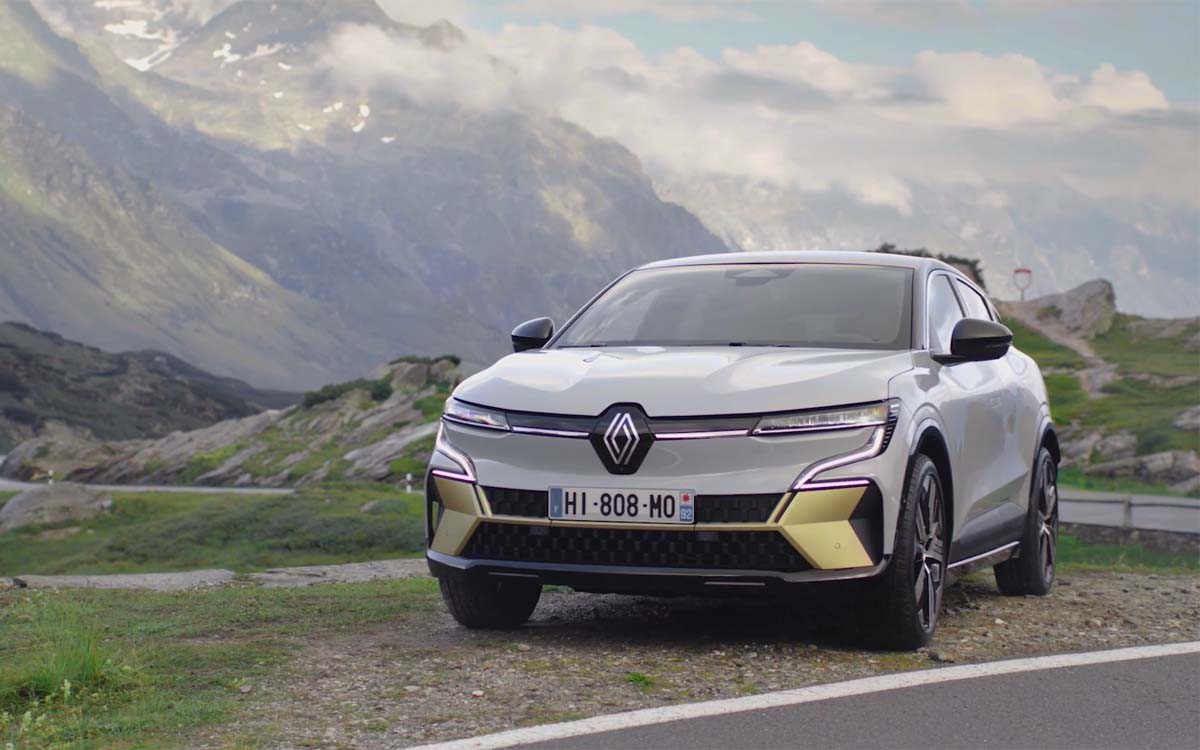 She was expected, and she is officially here! Renault has just unveiled its new electric compact sedan, the Mégane E-TECH, at the IAA Munich Motor Show. If it takes many codes from previous models, this Mégane is illustrated thanks to the use of a new platform and its gigantic on-board screen powered by Android Automotive.

Renault had announced in July 2021: its new 100% electric Mégane will open the ball at the IAA Munich motor show on September 6, 2021. The manufacturer has indeed kept its word by revealing its next compact sedan on Monday. The ambitions of the diamond brand concerning this 5th generation Megane are large, since it is the first model to embody the “Renaulution” initiated by Luca De Meo, the new CEO of the company.

And if the Mégane E-TECH will be the first to sport the new Renault logo, it will above all be the first to use the new modular CMF-EV platform co-developed with Nissan. Thanks to it, the brand’s engineers reduced the space occupied by the battery compartment to the maximum (only 110 mm) to integrate it into the floor and “pushing back the limits of the exterior space / interior capacity ratio ” all in “lowering the center of gravity ” of 9 centimeters compared to the thermal Mégane.

As a result, we are indeed in the presence of a compact sedan with its 4.21 meters in length, a height of 1.50 meters and a wheelbase of 2.70 meters. In terms of engines, power and range, the manufacturer has also made considerable progress by posting an energy density of the battery 20% higher than that of the ZOE.

Read also: Renault to unveil electric SUV with 600 km of range by end of 2020

Megane E-Tech: a concentrate of technologies

Regarding recharging, Renault offers multiple solutions ranging from the on-board charger 7 kW (AC), 22 kW (AC) and supports fast chargers on the motorway of 130 kW (DC). But it was impossible to conclude this presentation without mentioning the main novelty of the Mégane E-TECH: its gigantic OpenR on-board screen who “combines, in an inverted L-shape, the digital display on the instrument panel and the multimedia screen in the center console.

To conclude, the electric sedan will carry no less than 26 driving aids divided into three categories : driving, parking and security. There are, for example, the lane departure warning, the blind spot warning, the lane keeping aid or even the automatic emergency braking in reverse.

For now, Renault has announced the possibility of choosing between three finishes (Equilibre, Techno and Iconic). As for pre-orders, they will open in February 2022. Note that no price has been revealed for the moment. One thing is certain, Renault hopes with its Mégane E-Tech to regain its throne on the French market for electric cars, and to win again against the Tesla Model 3 and especially the Volkswagen ID.3.