After the arrival of the SoC M1 in MacBooks at the end of 2020, Apple will continue to upgrade its laptops in 2021. According to Ming-Chi Kuo, a famous Taiwanese financial analyst, the Cupertino company could remove the Touch Bar from the next models. In addition, the MagSafe charger could make a comeback.

Two months ago, Apple renewed some of its Macs. Three platforms, the MacBook Air, the 13-inch MacBook Pro, and the Mac Mini received an update like no other. Indeed, Apple has developed its first chipset under ARM architecture called M1 and intended for macOS. The result: these latest MacBooks and Mac Minis offer excellent performance, a beautiful fluidity, a lower consumption energy and a increased compatibility with iOS apps. Find in our columns the complete test of the MacBook Air M1 for more details.

This first “revolution” (because it is indeed a small revolution for Mac fans) will be followed this year by other changes. There is no doubt that Apple is preparing new Macs this year. And the famous Ming Chi-Kuo, Taiwanese analyst particularly brilliant for his forecasts on the firm, reveals some information in a new financial note.

The Touch Bar would be removed from MacBook Pros in 2021

First, a size change should take place in the MacBook Pros. The 13-inch model should finally give way to a 14-inch model. Part of this small size change is likely to be due to border optimization, as happened with the 16in model which replaced the 15in MacBook Pro. Still on the design side, he says the MacBook Pros will be inspired more by the design of the iPhone 12, for a chassis that would erase the few curves that remain. 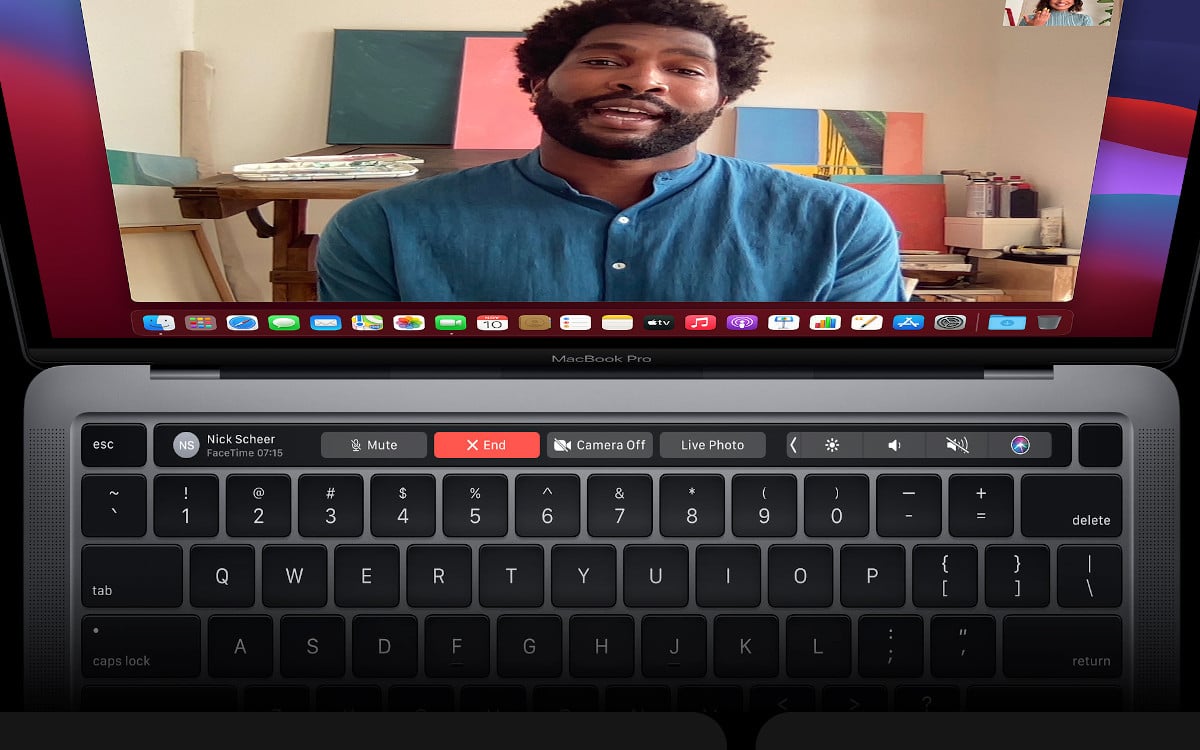 Another big change announced by the analyst, the abandonment of the Touch Bar. Some hate her. Others love it (I personally am enchanted by the Touch Bar). This small touch screen that dynamically modifies the shortcuts would simply be replaced by mechanical “function” keys, like those you find in MacBook Air. Recall that the MacBook Pro M1 saw the return of the physical “ESC” key (see above). So this was a first step.

On the add side, Apple is reportedly planning to reinstate a MagSafe charger in MacBooks. As a reminder, they are magnetic charging connectors that easily come off if someone gets tripped up in the power cable. These had disappeared in favor of more adaptable USB / Thunderbolt ports. Their return could mean a location dedicated to the charge, coming to support the rare USB type-C ports MacBook Pro M1 and MacBook Air M1 (two USB ports only).

Another prediction of Ming Chi Kuo on the ports, Apple would have decided to reintroduce other types of physical connection. For several years, MacBooks have only been equipped with Thunderbolt-compatible USB Type-C ports. You have to buy adapters to connect some devices. The analyst does not elaborate on the nature of the ports concerned. We are thinking of screens, external hard drives or even a network cable. And, it’s true, an HDMI port wouldn’t be a luxury …

Three other little pieces of information conclude this very interesting note. First, Ming Chi Kuo confirms that Apple will not reuse no more Intel processors in future MacBooks. That time is over! The 2021 MacBook Pro will be equipped with Apple chipsets similar to the M1, either the 14-inch version or the 16-inch version. A very logical choice. The analyst does not specify if the M1 will animate its computers or if Apple will take the opportunity to present a new SoC.

Next, Ming Chi Kuo explains that the next MacBook Pros will use the heat dissipation system of the current 16-inch MacBook Pro. This uses two fans, not just one, to bring cool air to the motherboard and power-hungry components. This detail is interesting, as it suggests that the solutions of the MacBook Air M1 (passive dissipation) and MacBook Pro M1 (single fan dissipation) are not suitable for the next generation of Macs. Has there been any negative feedback from users of these two computers?

Finally, the presentation of these MacBook Pros would not happen not before the third quarter of 2021, or between July and September. Apple does not therefore intend to replace the 16-inch MacBook Pro under Intel before the next school year. In our opinion, if you are looking for a powerful laptop with a big screen from Apple, do not take the model currently on sale (at least not new). Wait until September to make up your mind.