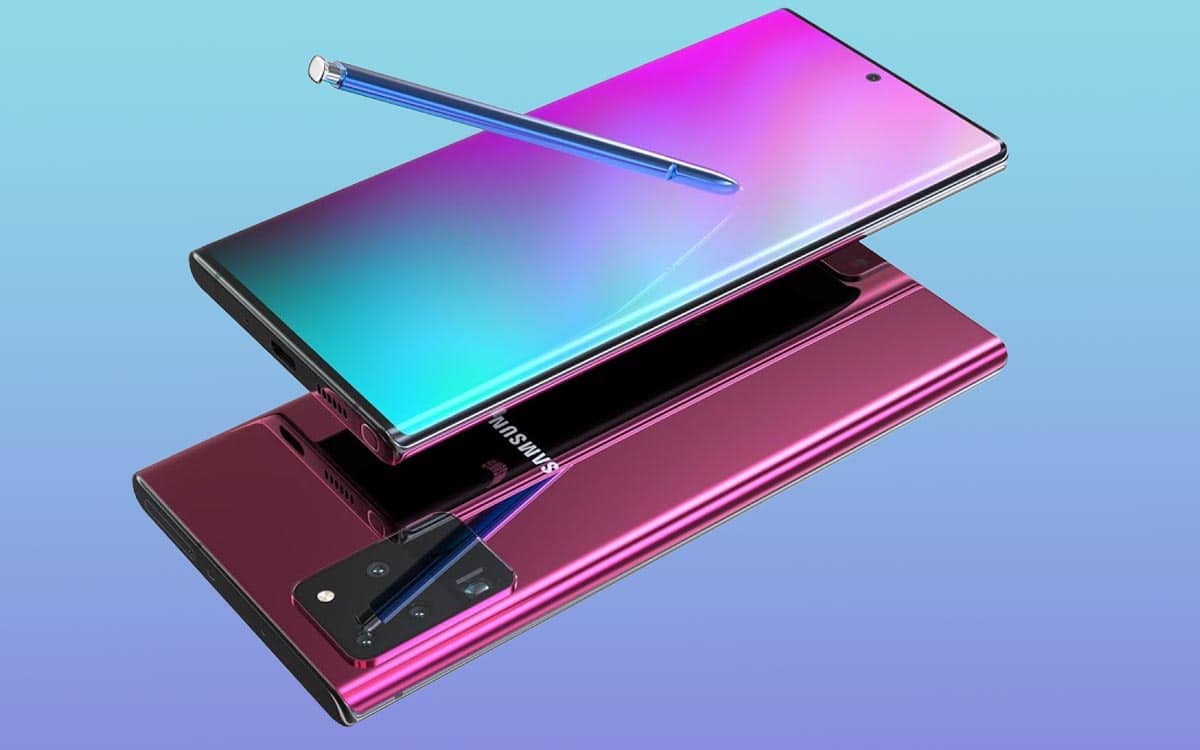 The Galaxy Note 20 and Note 20 Ultra will be presented in August 2020. Release date, price, technical sheet … We tell you everything you need to know about the new high-end smartphones from Samsung.

As every year, Samsung will launch its new Galaxy Note series in the second quarter, about 6 months after the release of its latest Galaxy S smartphones. As always, the manufacturer is struggling to keep the characteristics of its next flagships secret. We summarize everything in this file for you.

📆What will be the release date of the Galaxy Note 20?

Samsung will present the Galaxy Note 20 at an Unpacked conference on August 5, 2020 at 4 p.m. KST. Following the presentation, the manufacturer should also lift the veil on the Galaxy Fold 2, a 5G version of the Galaxy Z Flip and two Galaxy Tab S7 tablets. We can expect the Note 20 to be marketed from the end of August on the French market. Pre-orders will likely open on the heels of the August 5 conference.

💰How much will the Galaxy Note 20 cost?

The integration of 5G could force Samsung to revise its prices upwards. The Galaxy Note 20 and Note 20 Ultra are said to be up to 100 euros more expensive than their predecessors, the Note 10, in Europe. For now, we are banking on a price of around 1050 euros in France for the standard Note 20. For its part, the price of the Note 20 Ultra could climb to 1,459 euros. 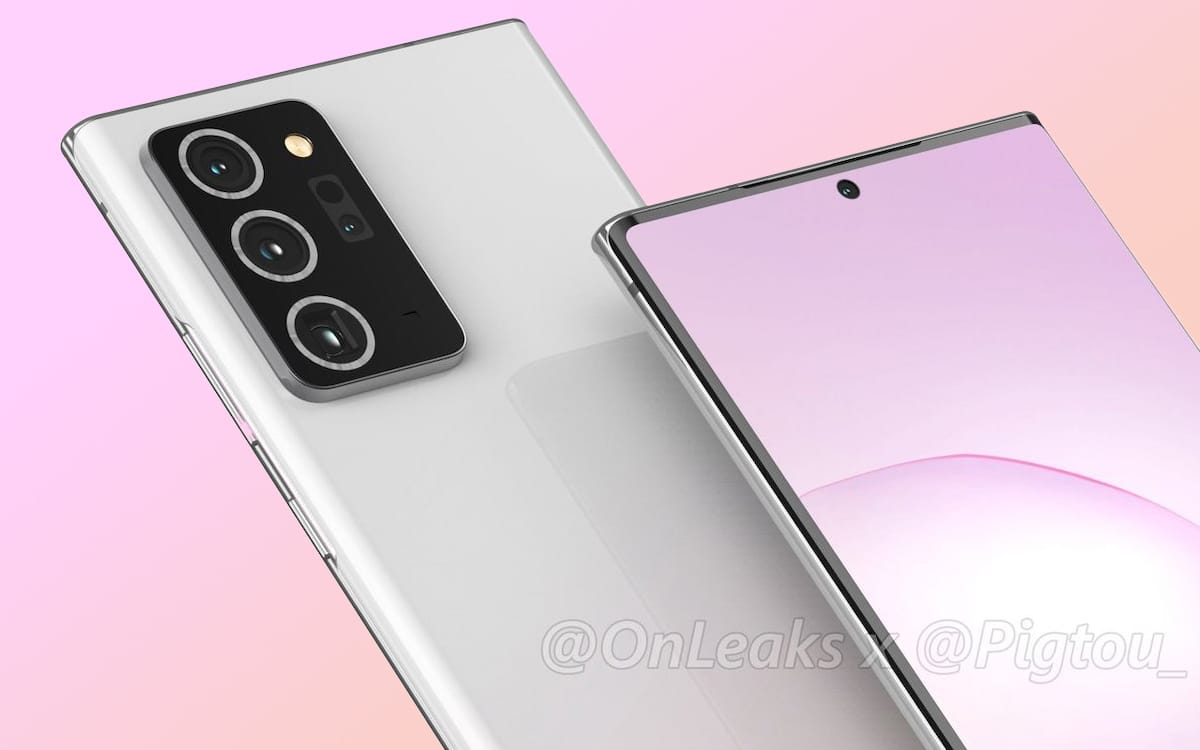 👨🏻‍🤝‍👨🏻 How many different models for the Note 20 series?

A Galaxy Note 20 Ultra has been certified, indicating that Samsung will replace the Plus variant with an Ultra edition. If Note 20 Lite there is, it will be launched later, as was the case with the Note 10 Lite, which made its debut only in March 2020. In summary, the lineup consists of a standard Note 20 and of a Note 20 Ultra.

You can find in the table below a summary of the technical specifications of the Galaxy Note 20 and Galaxy Note 20 Ultra. Please keep in mind that some data is not yet certain, while others are not even currently known. We will complete it as and when new information becomes available.

📱What design for the Galaxy Note 20?

Samsung has posted the first official photo of the Galaxy Note 20 Ultra on its official website (see below). We find a rectangular photo block as on the S20 and many other flagships recently released (iPhone 11, Pixel 4 …). a punch in the upper axial part of the slab, as on the latest flagships of the brand (Note 10 and S20). Similarly, Samsung would opt for a screen with flat Galaxy S20-style edges instead of the usual curved panels. 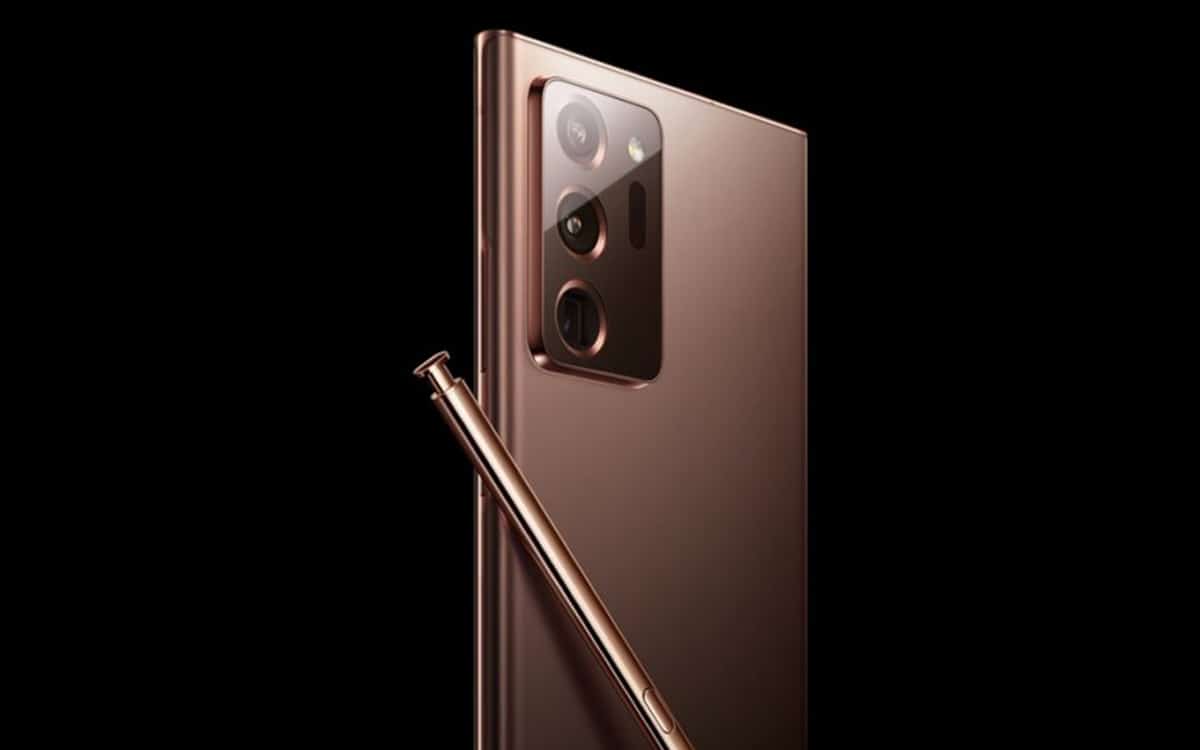 To summarize, this Note 20 will aesthetically be a mix between the Note 10 and the S20. The stylus and speakers, on the other hand, are placed in different places compared to the Note 10+, since they are now located on the lower right of the smartphone. This year, Samsung would accompany its new Note with a fully wireless DeX mode. In addition, Samsung could offer more than 90 xCloud games in partnership with Microsoft.

To contain the energy consumption of the screen, Samsung would bet on LTPO technology (low-temperature polycrystalline oxide), already used on Galaxy Watch and Apple Watch connected watches. It would save 5 to 15% energy compared to conventional LTPS screens. LTPO is notably capable of automatically adjusting the screen refresh rate according to the use made of the mobile.

This is especially very useful for reducing the consumption of the Always-On feature of devices, which allows you to continuously display information such as the time, battery level and notifications. The Note 20 Ultra’s screen will also grow larger and approach the symbolic bar of 7 ″. It is covered with a 6.9-inch (3200 x 1440 pixels) Wide Quad High Definition AMOLED Infinity-O 120 Hz display and HDR10 + compatible.

🛠 What is the processor of the Galaxy Note 20?

In Europe, the Galaxy Note 20 would be powered by an Exynos 990 SoC, the same chipset as that of the S20. In China, the United States and South Korea, Samsung would bet on a SoC Snapdragon 865+.

🔋 What is the size of the batteries?

For recharging, the Note 20 should rise to the level of the S20 Ultra with 45W wired and 15W wireless power. A leak confirms the presence of a 25W fast charger in the Note 20 Ultra box. As was the case with the S20 Ultra, Samsung will likely sell the 45W charger separately and invite users to checkout for more efficient charging.

📸 What do we know about the camera?

The Note 20 Ultra will havea 108 MP module, probably the same (ISOCELL Bright HM1) which fitted the S20 Ultra. The Galaxy Note 20 Ultra would also take inspiration from the Galaxy S20 Ultra at the telephoto level. The larger of the two Note would indeed use the telephoto periscope (an angled lens allowing to increase the distance between the sensor and the lenses) of the S20 Ultra, thus making it possible to offer an optical zoom whose ratio is greater than 2x or 3x (that of the S20 Ultra reaches 4x). For its part, the standard Note 20 is content with a triple 12-megapixel photo sensor. 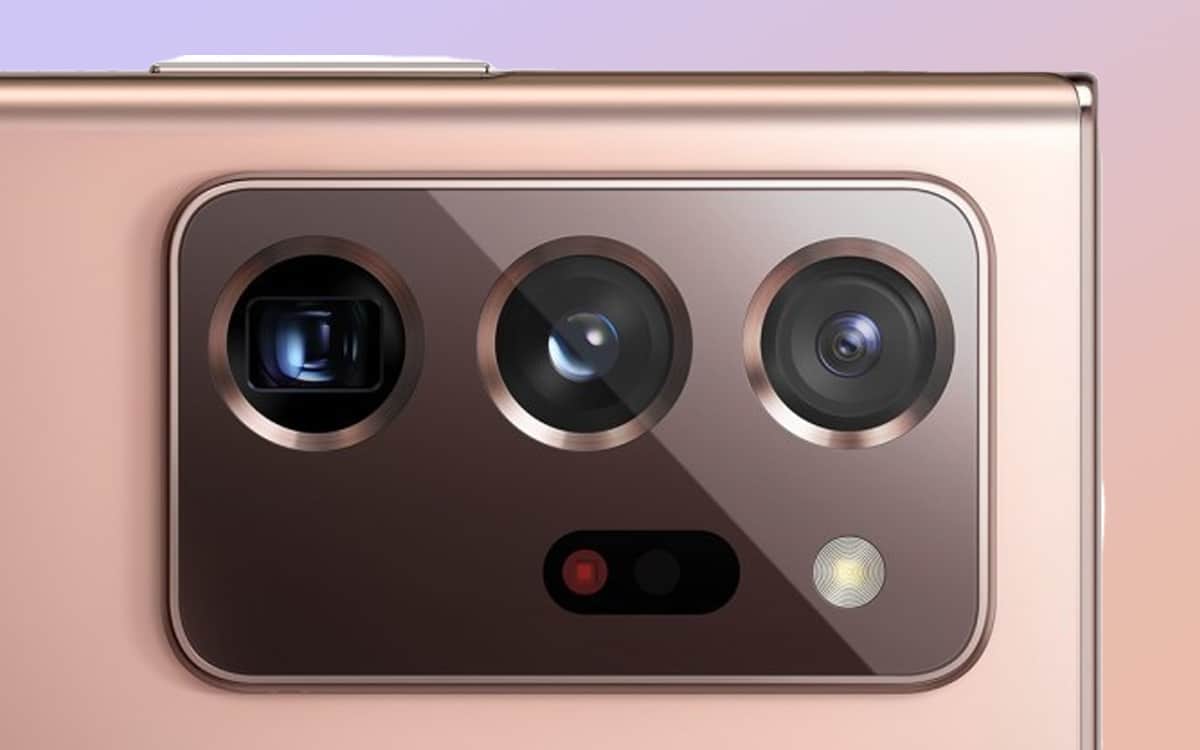 Note that Samsung has abandoned its idea of ​​offering a x100 zoom, a function that has proved unconvincing on the S20 Ultra, the poor quality of the shots making them simply unusable. Under these conditions, the Note 20 Ultra should be satisfied with a 50x zoom.

Samsung would also abandon the ToF (Time of Flight) module to measure the depth of field and instead rely on a laser module intended to improve autofocus. We should also find a dedicated ultra-wide-angle sensor. By the way, the photo application is set to undergo a major overhaul, including a “Pro” video mode designed to make the set of sensors and microphones more capable of creating content. These new features appeared in a video getting started with the Note 20 Ultra (see below).

We have reviewed all the information currently available on the Galaxy Note 20. We will update this file as soon as new information appears. In the meantime, feel free to share your thoughts on the Note 20 in the comments below.