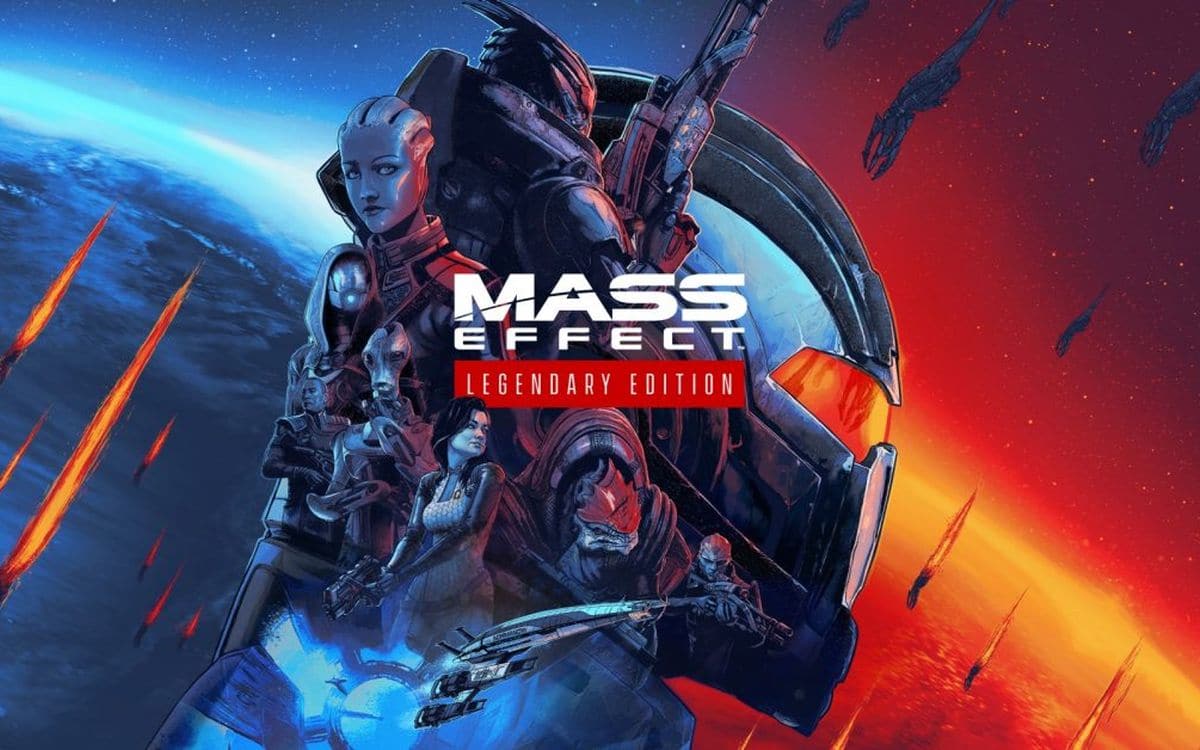 The Mass Effect trilogy will have the right to a version rethought for new consoles. A new edition which will be dedicated to fans of the saga as well as to newcomers. Release date, platforms, news, we tell you everything about this Legendary Edition.

Mass Effect is a series that has made a deep impression on action RPG fans. The space saga is about to make a comeback! Bioware and EA have announced that they are working on a “legendary edition”. This is not a complete remake like Resident Evil 2 or Final Fantasy VII, but a deep graphic facelift. It will still bring its fair share of changes and bring the entire trilogy together in one game.

Fans are in a hurry: to dive back into this fascinating world. For others, it will be the perfect opportunity to embark on this unique adventure to discover this piece of video game history. News, prices, platforms, release date, we tell you everything we know about this Mass Effect Legendary Edition.

What is Mass Effect?

Mass Effect is an action / adventure role-playing game saga made up of three main titles. The first was released in 2007, the second in 2010 and the third in 2012. The three are available on PC, but also PS3 and Xbox 360. What makes the salt of Mass Effect, this is his story and his excavated universe, reminiscent of Star Trek in some ways. The player is launched in 2183. Mankind has discovered space travel and has joined a political organization made up of a multitude of alien races. We play as Commander Shepard, human military that we can create in his image. In a tense political context, he discovers an ancestral and destructive threat. It’s up to him, or rather up to you, to do anything to save the universe. 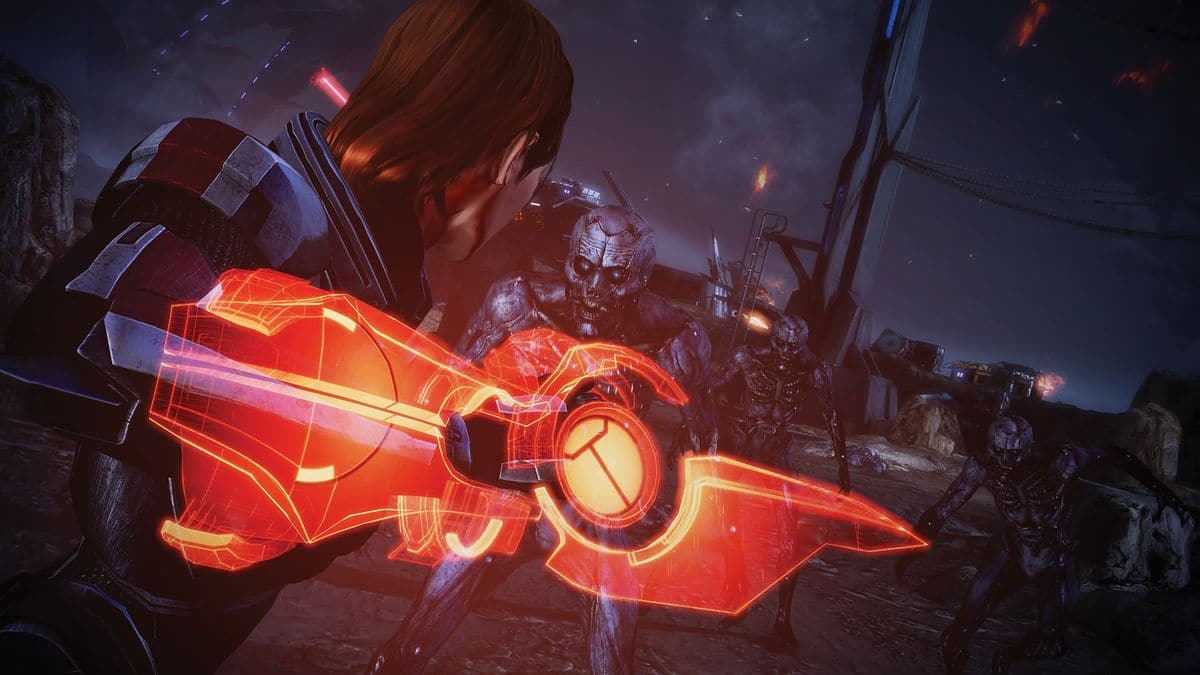 This is a third person action game which leans enormously towards the RPG. If the fights are nervous, they also require a good dose of strategy. Role-playing requires, Mass Effect also emphasizes dialogue and exploration. The title often confronts the player with difficult decisions with visible consequences from game to game. A critically acclaimed trilogy at the time that has helped shape what role-playing / action-playing is like today.

Note that a spin-off episode was released in 2017: Mass Effect Andromeda. Unrelated to the original trilogy, he failed to convince the players. Its lack of originality, its weaknesses in the writing as well as its disappointing graphics did not stand out. This last part is not included in the Legendary Edition.

When will Mass Effect Legendary Edition be released?

Mass Effect Legendary Edition will be released on May 14, 2021. For several years now, fans have been clamoring for an updated edition. Bioware and EA have finally decided to announce it in 2020. The release date is now officially set. 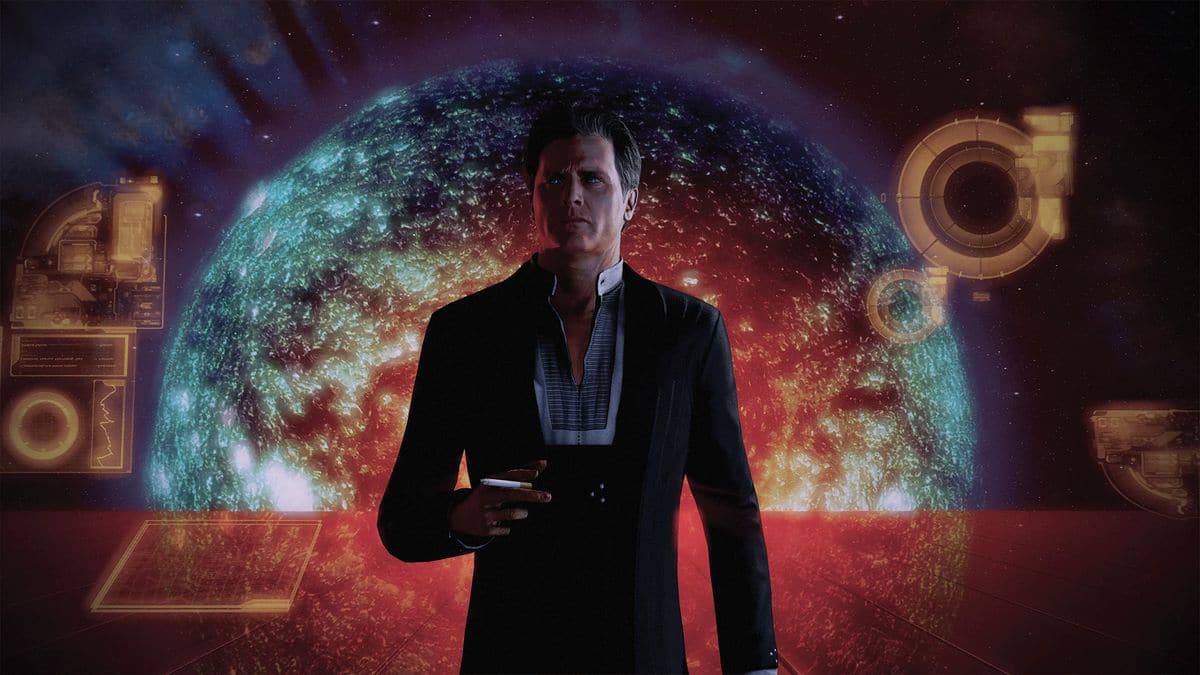 What platforms will Mass Effect Legendary Edition release on?

Mass Effect Legendary Edition will be released on PC, but also on PS4 and Xbox One. There will be no versions specifically dedicated to the PS5 and Xbox Series X. It would have taken too much work. However, Bioware clarified that the console versions will be “hybrid”.

The PS4 and Xbox One versions will obviously be able to be released via backward compatibility on PS5 and Xbox Series X. They will benefit from improvements on these media. The graphics will be finer and the loading times reduced. Bioware indicated not working on a fully next-gen version for the time being. A Switch version is also not on the program.

At what price will the Legendary Edition be released?

Mass Effect Legendary Edition will sell for the same price as a classic game. On the official EA website, it is displayed at 70 euros on PS4 and Xbox One. On PC, it will be available on Steam and Origin at a price of 60 euros. Note that a collector’s version containing lots of goodies, such as a full-size Commander Shepard helmet, is sold for $ 150 on the official website. But beware, this edition … does not contain the game, which will still have to be purchased separately! 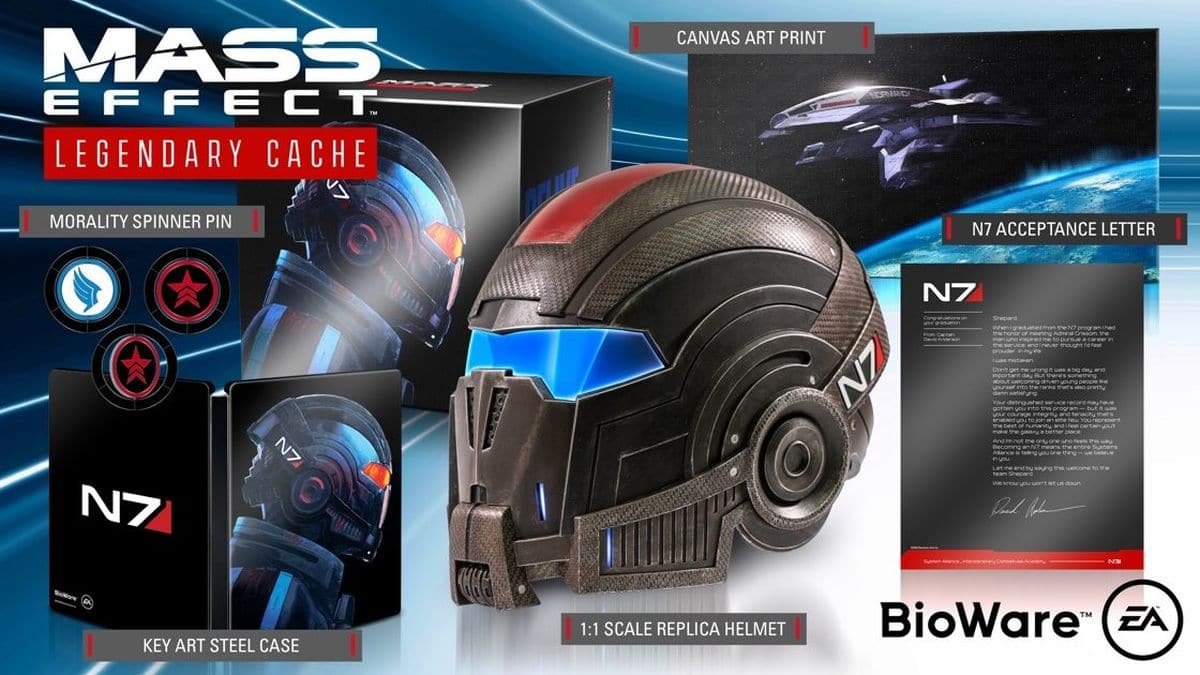 What will this Legendary Edition contain?

This legendary edition will include Mass Effect 1, 2 and 3, all three with better graphics. There will already be plenty to do, since each component takes an average of 25-30 hours to complete. In addition to the basic games, Bioware will include all released DLCs. There are forty in total. Some are limited to a few additions, like new armor or additional characters, while others add new quests and planets to explore. Some DLCs are significant since they are spread over several hours of play. 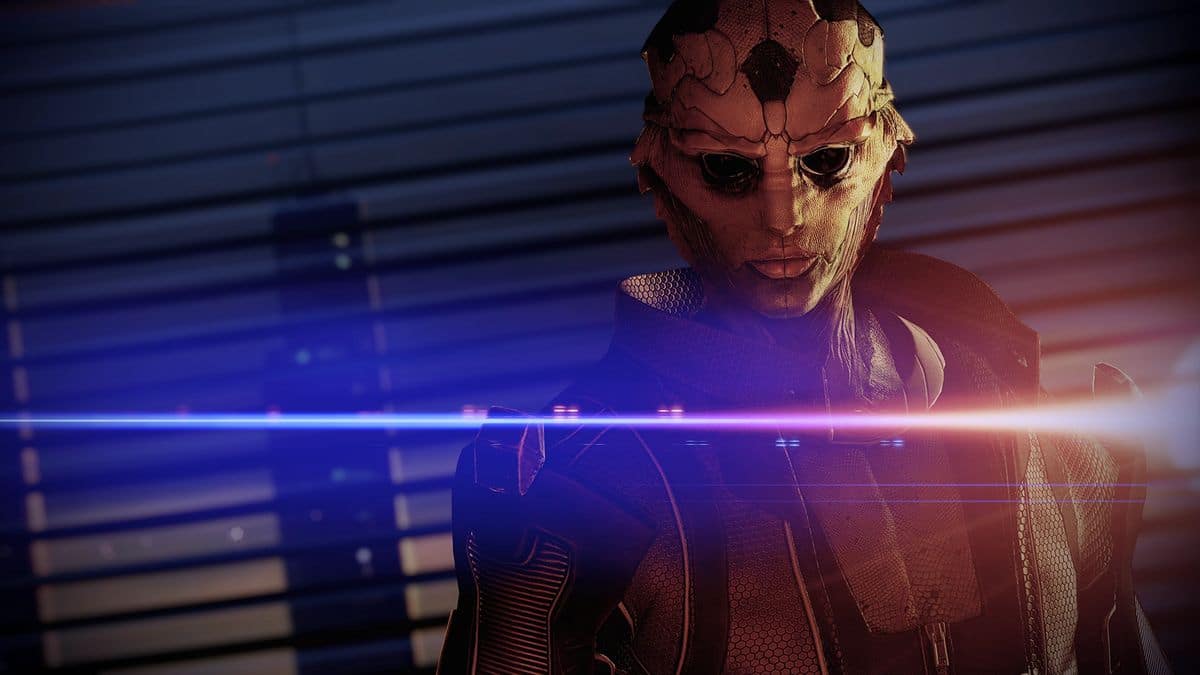 Note that only one DLC has not been included: this is Pinacle Station from Mass Effect 1. Bioware explained that the base files were corrupt and unrecoverable. It would have taken too long to redo everything from scratch. Rest assured, this is not really a big loss. Pinacle Station was just a minor DLC: a succession of fights with no real storyline.

What will be the changes compared to the original games?

Mass Effect Legendary Edition is not a remake, but a remastered. It means that the base games haven’t been touched up, or very little. Bioware indicates that Mass Effect 1, much less action-oriented than its two sequels, has been slightly reworked on the combat level, but that the result would still be very close to the base game. The studio has also redesigned certain aspects of handling in the three titles. But the adventure, levels and events will be the same as before.

Here, it was the graphics that were at the center of the development. The teams have reworked all the textures and the environments to make them more beautiful and realistic. Likewise, games are now 4K HDR compatible and support different screen formats, such as 21: 9 on PC. Load times have also been reduced. No more long waits in the elevators of the Citadel.

Finally, this Legendary Edition thought of the trilogy as one game. Thus, they will all be included in the same launcher and can be done afterwards without going back to Windows (or the main menu of the console). Your choices from episode to episode will be taken into account. This was already the case at the time, but with the releases of the various streams being several years apart, many players lost their saves in that time. Here everything will be unified. 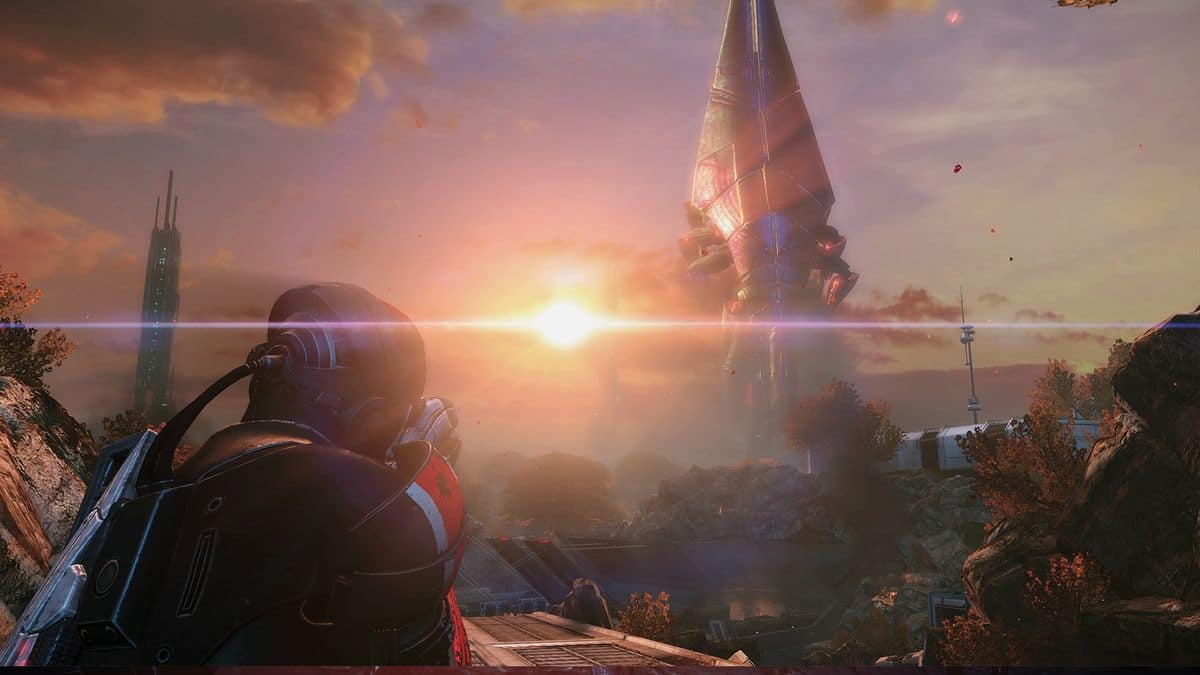 What does the Mass Effect saga have in store for us in the future?

Mass Effect Legendary Edition will allow fans to get back into the mix and neophytes to discover the saga before to delve into the future of the license. Bioware is currently working on a fourth episode. Mass Effect 3 concluding the trilogy definitively, this new installment should open a new arc with new characters and environments.

For the time being, we have no concrete information to put in their mouths. All we know is that the game is in development and will be released someday. In parallel, Bioware is also developing the fourth installment of Dragon Age.