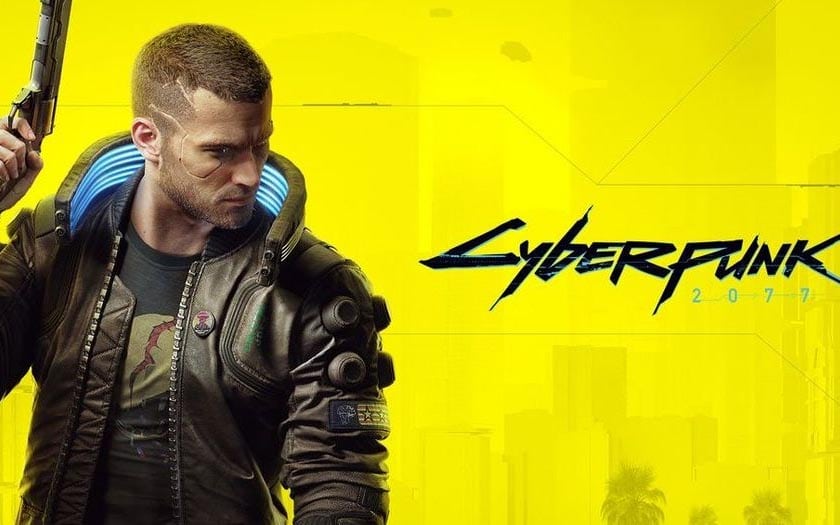 Cyberpunk 2077’s release is approaching, although the game has ultimately been postponed several times. Even so, it’s time to take stock of everything we already know about CD Projekt Red’s upcoming production. Price, on which platform to play, information of all kinds on the game, find here what you need to know about Cyberpunk 2077.

After winning over audiences with The Witcher series, CD Projekt Red aims to strike another big blow in the video game market with Cyberpunk 2077, certainly the most anticipated title before the arrival of the next generation of consoles. In this file you will find all the useful information relating to what promises to be a little gem.

The game was initially due out on April 16, 2020, as announced by its publisher at E3 2019. For the occasion, CD Projekt Red had brought up Keanu Reeves, who plays one of the characters in the game. Then a new one Release date had been announced for September 17, 2020. But the publisher still prefers to polish its game and has postponed the release of Cyberpunk 2077 accordingly. Unless that date actually coincides with the release of the PS5 and Xbox Series X, the new consoles from Sony and Microsoft?

The publisher has also announced that a large patch will be available on the day of its release – the coronavirus has indeed disrupted the recording of foreign language dubbing. Cyberpunk 2077 is already available for pre-order on all media. 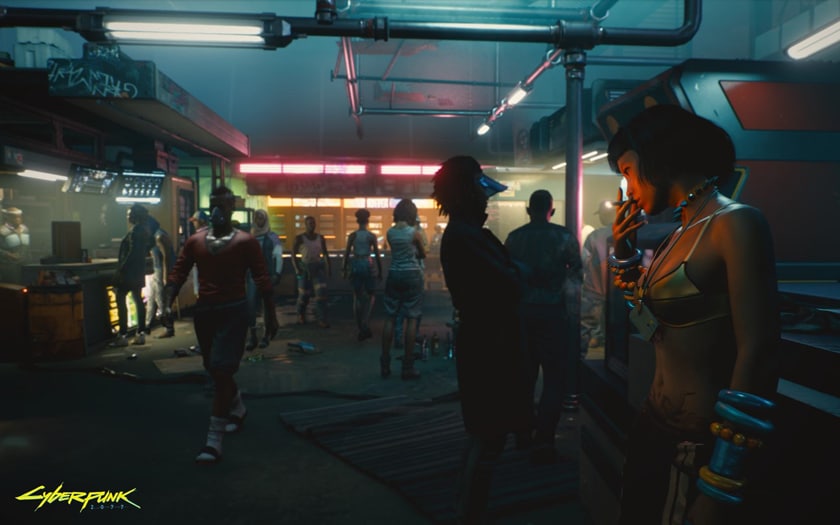 Several months before its availability, Cyberpunk 2077 is already available for pre-order on all media. But the price varies according to the dealers. At the moment, it can be found around 55 euros on PC and console. But more interesting offers will undoubtedly be available shortly before the game’s release or right after launch. If you are in no rush, be aware that CD Projekt RED tends to drop the price of its titles quite generously a few months or years after their release. This has been the case with The Witcher, which can be bought for nothing with all of its DLC since at least 2017.

It is not easy to get hold of one as stocks run out quickly as soon as availability is announced, but there is also a collector’s version of Cyberpunk 2077. It contains, in addition to the title itself of course, a special box, a CD with the original soundtrack, a steelbook, an artbook as well as a selection of goodies (25 cm statuette of V’s character, Night City guide, stickers, Night City map, postcards, door -key…). Price of this beautiful pack: 220 euros.

💻 Which platforms are supported?

Cyberpunk 2077 has been officially announced for PC, Xbox One, PS4, and the Google Stadia cloud gaming service. In fact, a version of the Xbox One X in the colors of the game is in the game: Microsoft has formalized a collector’s edition of its famous premium console, which is produced in 45,000 copies worldwide. The Xbox One X Cyberpunk 2077 edition has been available since June 2020 and includes a download code for the game. An Xbox controller is also available, a controller which can be purchased separately for € 69.99.

No panic for players who plan to acquire it on the computer, Cyberpunk 2077 is not hit with any exclusivity and will be released on all partner stores at the same time. You will therefore have the choice between Steam, Epic Games Store or GOG from launch.

Nothing has been said about it yet, but it is extremely likely that the game will eventually be ported to PS5 and Xbox Series X, the next-gen consoles expected in late 2020. It remains to be seen find out if Cyberpunk will integrate the catalog as soon as they are released and how will be exploited the power allowed by these new machines, which promise a gaming experience never seen with teraflops and SSD storage that will destroy the times of loading.

Cyberpunk 2077 will be ray-tracing compatible on PC thanks to a partnership with Nvidia. On the other hand, it will of course be necessary to be equipped with a high-end RTX graphics card. The game is playable in 4K on computer and could also be playable on Xbox One X. 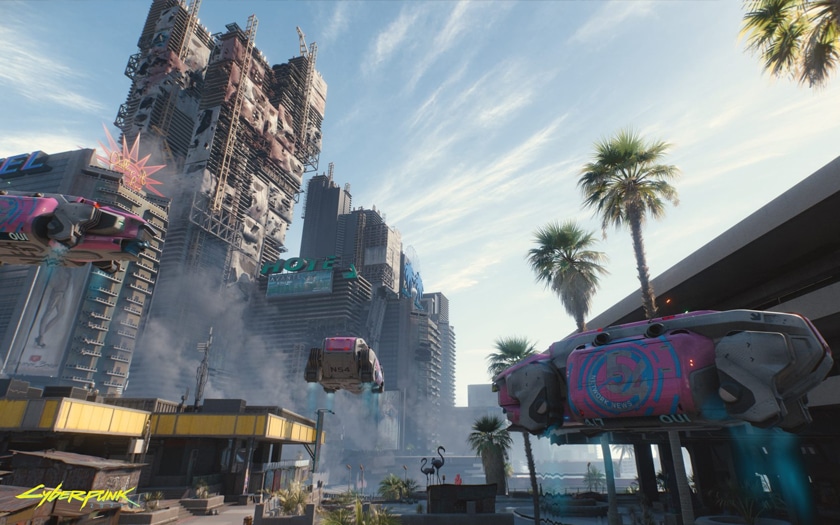 ⌚ What is the lifespan of the game?

No precise figure to put in their mouths, we will probably have to wait for the tests before having a precise idea of ​​the lifespan of Cyberpunk 2077. But we can all the same right now get an idea thanks to a developer statement. He explained that the main campaign of the game will be shorter than that of The Witcher III, but that more importance will be given to the side quests, which promise to be more interesting and having more consequences on the story and the world. ‘environment.

The lifespan will therefore depend a lot on how the players approach the game. But based on The Witcher III, we can hope to be able to enjoy the title for more than 100 hours without getting bored.

CD Projekt RED has already made it known that next DLC can be expected, which will extend the life of the single player campaign. We can expect a similar model as for The Witcher III, which had two excellent quality expansions with Hearts of Stone and Blood and Wine, each extending the adventure by about 20 hours. Small free DLCs will also be regularly offered to players. 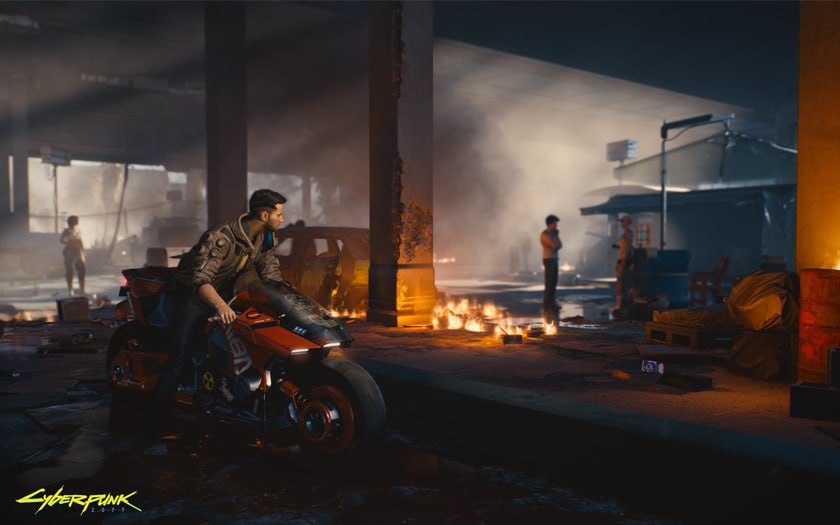 The developers have confirmed the presence of a multiplayer mode, but it will not be available upon release. The priority is reserved for soloing, this is where the studio has made a name for itself and on which it is expected. We do not know the economic model reserved for this mode either. We hear everything and its opposite about this and at the moment, it is impossible to say if microtransactions will be present.

⚔ What is the type of gameplay?

Like The Witcher, Cyberpunk 2077 is an RPG. But the similarities end there. While the first offered a third person view (TPS), the second requires a first person view (FPS). An announcement that did not fail to react to the community at the time. We leave the medieval and fantastic world in which Geralt de Riv evolves to switch to science fiction. Unlike The Witcher where the player has to control Geralt, you create your own character, be it their physical appearance, their abilities and characteristics, and even their history and certain character traits.

Cyberpunk 2077 offers the player the opportunity to navigate an open world where the storyline is split into a mission (some are part of the main quest, others are optional and help expand the storyline or enrich the gameplay). In absolute terms, the player is free to explore the city and its finery. And even to cause as much mayhem as he wants, like in Grand Theft Auto. In an interview with a British media outlet, a Cyberpunk 2077 designer explains that the player remains free. However, this approach is not recommended, as it distorts the experience.

The importance is given here to the storytelling with a system of branches, drawers and decisions that have an impact not only on the unfolding of the main scenario, but also on the options which are given to you to accomplish the missions, on the modifications and improvements which will be accessible to you, as well as on the open world which will evolve. As the long gameplay video shown in 2018 shows, missions can be solved in different ways. The choice is yours between combat, diplomacy or cunning.

On foot, by motorbike or by car (and sometimes even aboard aircraft), the player will have to wander the infamous streets of Night City, a dystopian Los Angeles. The open world offered in the game consists of six districts with very different environments.

Another important detail of the gameplay: Braindance. This is a part of Cyberpunk 2077 where you step inside a character’s head to relive their memories. This experience includes the sound, the image, but also the sensations and thoughts of the host. Note that the game will be violent and will show sex scenes (it will even be possible to customize your genitals), which will logically make it a game prohibited for under 18s.