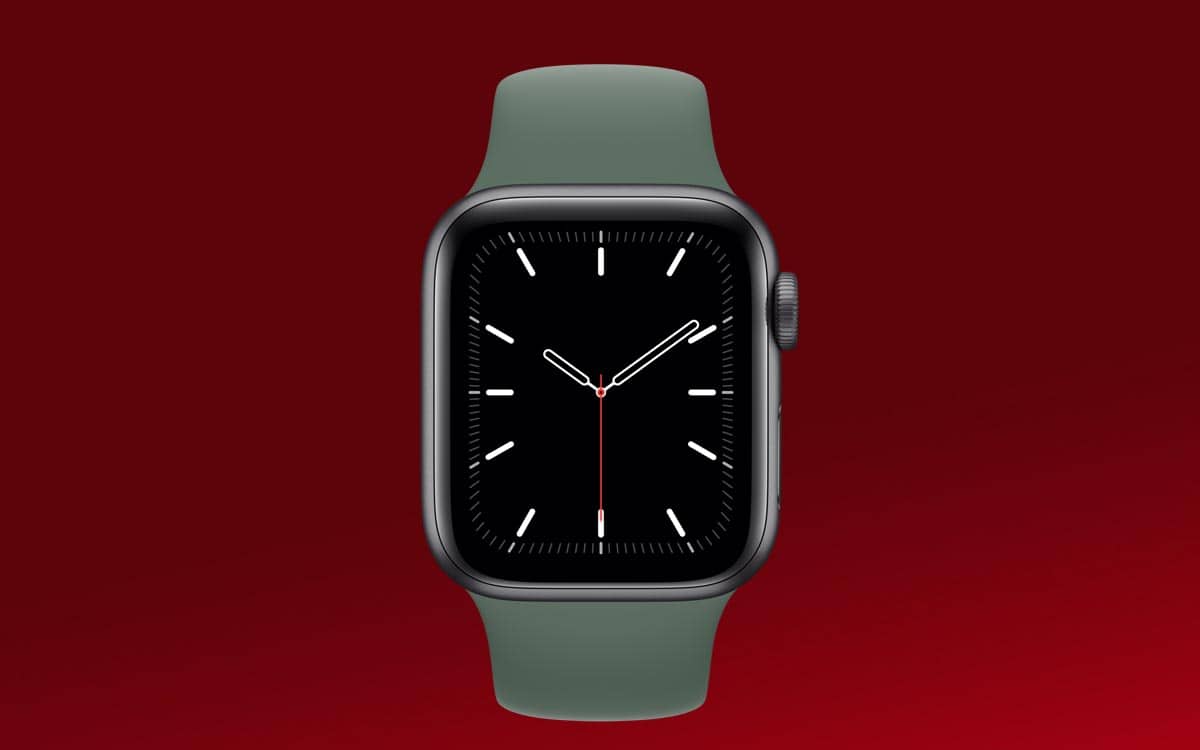 The Apple Watch Series 6 will soon be presented by Apple. This new model taking advantage of the watchOS update will benefit from many additional features compared to the Series 5, while maintaining a design respecting its lineage. Here’s everything we know so far about the new Apple smartwatch.

Leader in the connected watch market, Apple will try to confirm its control over the sector in 2020 with the marketing of its Apple Watch Series 6. The Cupertino company will not revolutionize anything with this product, but rather rely on its achievements while making some improvements here and there. The American group does not need to take any risk given the lead it has over the competition, whether over its historical rivals from tech (Samsung, Huawei …) or companies more specialized in wearable (Fitbit, Fossil, Garmin…). So let’s see what lies ahead with the next generation of Apple Watch to come.

What is the Apple Watch Series 6 release date?

Apple has not formalized a presentation date for its Series 6 connected watch. But it is very likely that it will be announced during the fall keynote which should be held on September 8, 2020. The new iPhone 12 is also expected. during the conference. Traditionally, the event takes place in the first half of September, and there were rumors that Apple’s plans could be upended this year following production delays caused by the COVID-19 outbreak.

In the end, Apple would hold the keynote well in time, even if the company has confirmed that the release of the next iPhone 12 will be postponed until October. Nothing has been specified on the other hand with regard to other products. If we look at the strategy adopted for the previous models, the Apple Watch Series 6 should be marketed around ten days after its presentation. Unless a delay is confirmed in the coming weeks.

What is the price of the Apple Watch Series 6?

What screen and design for the Apple Watch Series 6?

One of the lingering rumors about the Apple Watch Series 6 is the switch from an OLED display to a microLED display. This technology would make it possible to provide a stronger luminosity to the panel, which is very interesting when you are in direct sunlight. All with controlled energy consumption and maintaining excellent viewing angles. Another advantage of microLED is that it offers much better contrasts than those that can be seen with other LCD techniques. The microLED is therefore the perfect compromise between brightness, autonomy and contrast. To learn more about this, we refer you to our extensive file on the differences between screen technologies.

We know that Apple has been working on microLED for years. Interest that has intensified even more recently as we learned that Apple had invested $ 300 million in a large factory dedicated to the production of microLED screens in Taiwan. It’s pretty much taken for granted that Apple Watch will benefit from a microLED screen first, followed by iPhone later. But according to some reports, it will not be for 2020. OLED or microLED for Apple Watch Series 6, so the trend varies depending on the source. The integration of a microLED screen would, however, undoubtedly be accompanied by an increase in the price of connected watches.

A patent also suggests that the Apple Watch Series 6 could be equipped with Touch ID through an underscreen fingerprint reader. A technology that Apple has never used on any device until now, preferring to highlight its Face ID facial recognition system on its iPhones and iPads, while Apple Watches are deprived of biometric authentication. You currently have to enter a PIN code or use your iPhone’s Face ID to unlock your Apple Watch, which is not very practical.

To accomplish this, Apple plans to move the watch antennas from the dial to the bracelet, freeing up space for an under-display scanner (or a larger battery in the dial). Aside from the design challenges this represents, it would mean that consumers would be limited in their choice of replacement bracelet. It would no longer be possible to source from a third-party manufacturer and the cost of the bracelets would be much higher. That’s why it’s best to be wary of this information at this time. A more likely short-term solution is to integrate the fingerprint reader into the scroll wheel.

Because it should stay on the device. A patent could suggest that Apple was going to get rid of the physical wheel in favor of a much more discreet optical sensor for an even cleaner design, it should not happen on this generation.

What battery life for the Apple Watch Series 6?

This is undoubtedly the main weak point of Apple smartwatches: their batteries melt like snow in the sun. In many cases, the user must recharge it every day to prevent it from falling apart. A problem that we see consistently on all models so far.

The new Apple Watch Series 6 battery has appeared, with its capacity on the site of a South Korean certification body. Its power is said to be 303.8 mAh, which only represents a gain of 2.6% compared to the 296 mAh of the Series 5. However, the watch should enjoy better autonomy thanks to improved energy efficiency. The new chip will likely consume less power.

Battery life will also depend on the screen technology used, OLED or microLED. According to Apple specialist Nikias Molina, autonomy will in any case a boost with this new iteration. It remains to be seen to what extent.

What are the new features expected of the Apple Watch Series 6?

Bloomberg was talking about it as early as 2019, Apple Watch should finally benefit from its own sleep tracking system according to the media outlet The Verifier. Strangely, it has until now relied on third-party services to provide this option. This time around, it should be integrated directly into watchOS 7 and the Apple ecosystem. We may have confirmation of this information not in the fall, but as early as WWDC 2020.

We’ve been talking about it for a long time now, the Apple Watch Series 6 will be able to measure the level of oxygen in the blood (SpO2). The option has been confirmed by various sources and the mention of such a feature was spotted on iOS 14. If the rate is deemed too low (below 80%), the wearer of the watch will receive a notification for it. to warn. An oxygen level in the blood should be between 95% and 100%.

As a direct result of measuring oxygen levels in the blood, the Apple Watch Series 6 could detect panic attacks, Jon Prosser tells us. The smartwatch would be able to detect hyperventilation in the user by analyzing the level of oxygen in the blood and will pair this data with that of the heart rate to determine if the wearer is having a panic attack. The device could even anticipate an upcoming panic attack. In this case, an alert message will appear on the screen and the system will suggest a series of breathing exercises in an attempt to calm the user. If he is running or driving, watchOS will advise him to stop this activity. This is most likely the “sanity” feature we were promised by leakers Max Weinbach and EverythingApplePro.

We have already told you stories of Apple Watch saving its owner by calling for help. The Series 6 could take this a step further by determining whether you are drowning or in danger of drowning and contacting emergency services if so. To determine risk, the system would rely on your calendar and location data to estimate whether or not you are likely to be in these waters on purpose or if you got there by accident. It is a patent that describes such a technology, which may never see the light of day, or land on future models.

The famous analyst Ming-Chi Kuo also goes there with his predictions by announcing that the Apple Watch Series 6 will offer an increase in overall performance: it will be faster and will offer a better connectivity than previous models. He also assures us that one can expect a better water resistance.

Another leak raises hopes of the integration of a tachometer capable of accurately measuring speed (walking, running, swimming, etc.) as well as the distance traveled. This is good news for athletes who have so far not necessarily been spoiled with the fitness features of the Apple Watch. Finally, new parental control options should emerge.