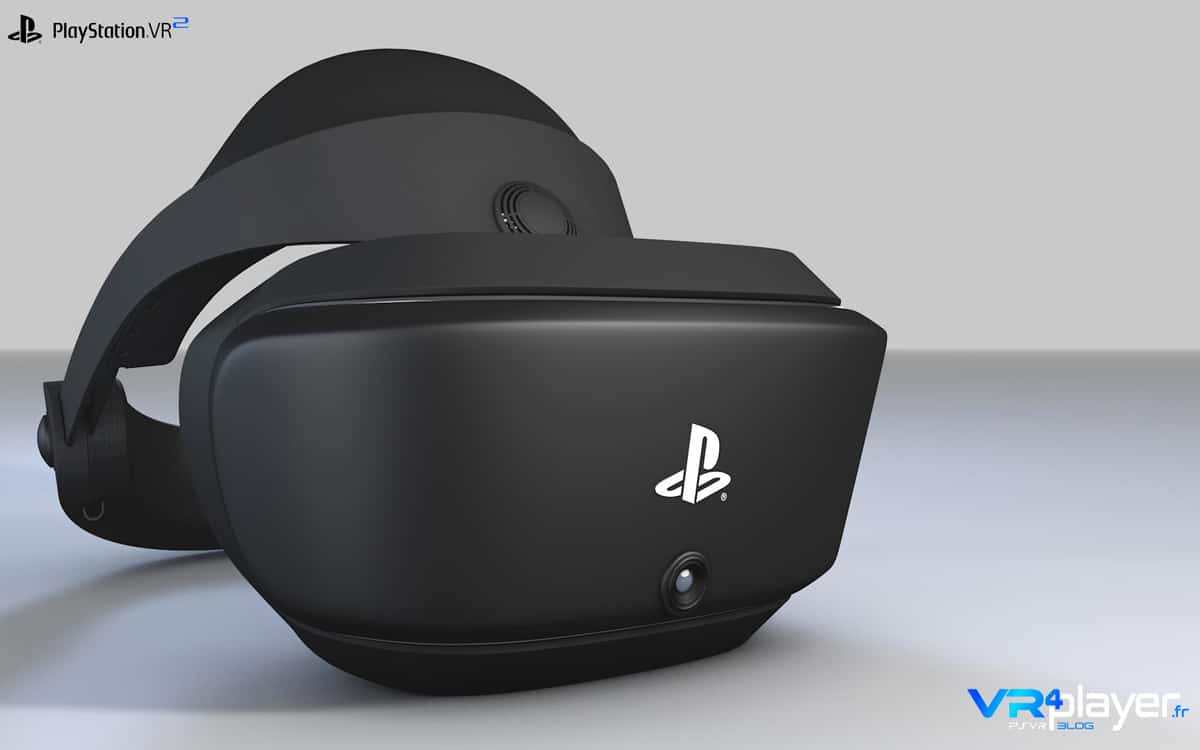 The PSVR 2 is expected by all virtual reality video game enthusiasts. This accessory which will be sold separately from the PS5 is gradually revealed to us. When will it be available, what are the new features, what to expect from the technical specifications of the Sony VR headset? So many questions that are answered in our big recap dedicated to PlayStation VR 2.

In February 2021, Sony formalized the upcoming release of a new generation PlayStation VR for the PlayStation 5. The opportunity for the Japanese manufacturer to give us initial information on the product. But it was during CES 2022 that we really got a feel for what the PSVR 2 experience will look like. Sony hasn’t told us everything yet, but between the official announcements and the leaks, we can tell. ‘ores and already draw a portrait of what will be virtual reality on PS5.

When is PSVR 2 released?

Sony has not communicated any window or release date for the PlayStation VR 2 to date. A June 2021 Bloomberg report focusing on the screens used in virtual reality headsets claimed that Sony was targeting a launch of the PSVR 2 by the end of 2022. More recently we learned that the company Goertek, in charge of producing en masse the PSVR 2, should launch production lines shortly. This same company should take care of the assembly of the future VR headset from Meta (ex-Facebook) and provide components to Apple for its mixed reality headset expected this year.

However, Sony may ultimately not stick to this schedule and release its PSVR 2 in 2023 only. Component shortages are hitting the industry hard and sourcing has become very difficult. It is also very difficult to get a PS5, Sony failing to produce enough to meet demand. Given that the PlayStation 5 fleet will be further restricted at the end of 2022 (AMD, which manufactures the chips for the console, announces a return to normal at best in 2023), it is not impossible that the launch of PSVR 2 be postponed.

What price for the PSVR 2?

The price of the PSVR 2 will undoubtedly be one of the last information that Sony will not announce, just before the release of the device. When it was launched in 2016, the first generation PlayStation VR for PS4 cost in France 399 euros. In view of the novelties and the change in design made, the PSVR 2 will most likely not be less expensive, unless the manufacturer is prepared to make great efforts on its margins to convince consumers to take the plunge. We can hope that its price will be maintained, but a price increase cannot be ruled out, especially in this period of shortage. The VR headset should not on the other hand exceed the symbolic bar of 500 euros.

Is the PlayStation VR 2 compatible with PS4?

New Sense controllers for the PSVR 2

The second generation PlayStation VR brings some big changes for controllers. To replace the famous PS Move, Sony relies on Sense controllers. Two come with the PSVR 2, one for each hand. The Japanese manufacturer did not look very far for the name of its new controllers since the controller of the PS5 is called the DualSense.

In any case, the Senses should help greatly improve the virtual reality gaming experience on PlayStation. Their design has been completely revised compared to the PS Move in order to cross one or more levels at once in terms of ergonomics. It is also not impossible that Sony has taken inspiration from the controllers of the Oculus Quest to develop the Sense controllers.

Each Sense unit has a joystick, menu button and adaptive trigger in back. The latter, introduced with the DualSense of the PS5, allows to benefit from more precision and to improve the immersion via the gameplay. The Circle and Cross keys are present on one of the controllers, the Triangle and Square on the second.

The Sense of the PSVR 2 are also compatible with haptic feedback, already enabled by DualSense. This technology makes it possible to refine the vibrations of the controller to better simulate certain actions and grant more faithful sensations of touch, always with the aim of reinforcing the immersion in the game, which is nevertheless one of the main challenges of virtual reality.

Last interesting feature, the Sense tracks and detects the movement of your fingers, and can anticipate the buttons on which you will press, in order to prepare the order and reduce the reaction time.

PSVR 2: what are the characteristics of the screen?

Sony shared most of the technical data sheet for the screens that will equip the PSVR 2 headset. OLED technologies, the panels will display the image in 4K definition (2000 x 2040 pixels for each eye), with support for the HDR standard and a refresh rate announced between 90 and 120 Hz. The field of view is also widened and reaches 110 ° on this model. According to information from Bloomberg, Sony has turned to Samsung for OLED displays.

The PSVR 2 uses the technique of made foveal, which simulates the peripheral vision of the human eye by blurring the scenes on the sides of the gaze fixation point. The foveal rendering is duplicative. For gamers, it allows them to focus on the area of ​​the image that really interests them, as the brain is not able to process 100% of all the information in the field of view. For developers, this considerably reduces the computational resources required to display the elements and therefore improves the performance of the game.

To know where the player’s gaze is directed, the PSVR 2 has a advanced eye tracking, made possible by the integration of an infrared camera. With this technology, developers will also have the possibility of offering controls based solely on the gaze to further simplify interactions, which will thus become more intuitive. It remains to be seen whether many games will really exploit this possibility.

What are the new features of the PSVR 2?

Do you want even more despite everything we have already told you? You’re in luck, Sony is giving us something to grind about. The PSVR 2 will be connected to the PS5 via a single cable, while the PSVR needs multiple connections to operate. A configuration that hinders freedom of movement and harms the user experience, which is therefore corrected with this new version.

The PSVR 2 is not only able to track the direction we are looking, but also our movements and body position through four cameras directly incorporated into the helmet. The information thus collected can thus be used in-game for greater precision.

In addition, the Sense controllers are not the only ones to vibrate: the headset itself will have sound. own vibration motor to send physical feedback to the player’s head. The aim is to further strengthen the feeling of immersion and amplify the sensations of the game. “Players can feel a character’s high pulse during times of tension, the effect of the speed of objects passing near the character’s head, or the thrust of a vehicle as the character accelerates.“, Explains PlayStation.

What is the catalog of games for the PSVR 2?

Virtual reality for video games has suffered from several drawbacks to really become more democratic: the cost of accessories, the motion sickness from which many users suffer … and the absence of games that can make the hesitant take the plunge. and the refractories of VR. But Valve has managed to prove with Half-Life Alyx that ambitious VR games can bring new players into the virtual reality ecosystem. Moreover, a rumor evokes an agreement between Valve and Sony for the port of Half-Life Alyx on PSVR 2.

During a conference dedicated to developers, Sony affirmed that the PSVR 2 will give pride of place to big productions with what the Japanese group calls hybrid AAAs, which will be developed for both the PS5 and the PSVR 2. Un model which has already been tried (Resident Evil 7 and No Man’s Sky are available on both PS4 and PSVR) but which has so far not won. Above all, we understand here that we must expect more PlayStation exclusives (first party) to land in virtual reality.

A first 100% VR title has been made official by Sony: Horizon Call of the Mountain, an original game developed in collaboration with the studios Guerrilla Games and Firesprite. The latter was bought out and joined PlayStation Studios in September 2021. Horizon Call of the Mountain will be the opportunity to learn more about the universe of the license, posed by Horizon Zero Dawn on PS4 and soon by Horizon Forbidden West (out February 22, 2022) on PS4 and PS5.

A source suggests that the entire PSVR catalog will be backwards compatible on PSVR 2, which would therefore have many old games from its launch. A function that would attract both owners of a PSVR who want to enjoy their titles with a better experience while waiting for new features, and players who do not have a PSVR and are waiting for the second generation to get into the bath, but who could fear a lack of games for the first months or the first years of the accessory. Sony has not confirmed or denied this information, which is understandable given all the controversy that the firm has known on the issue of backward compatibility of games between generations on its PlayStation consoles.