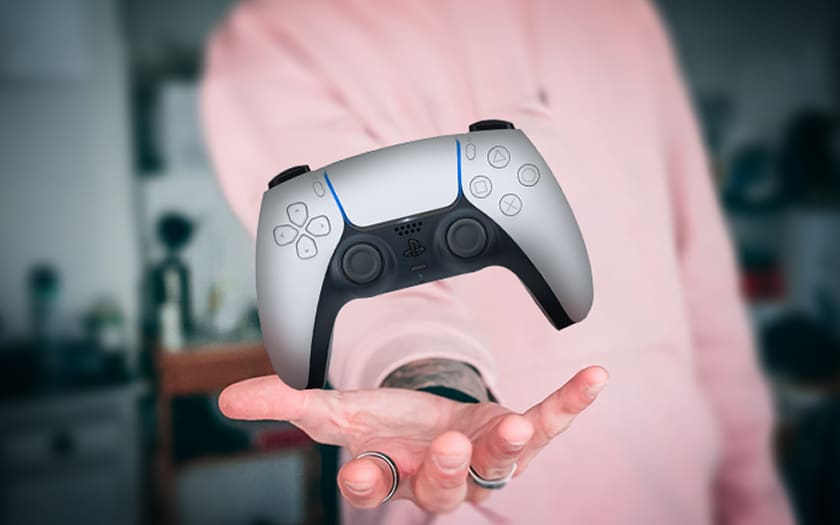 The DualSense is the name of the new controller that will equip the PS5 when it is launched at the end of 2020. We have gathered in this file all the latest information on its price, its effective release date, its features and even its design.

It’s now official: the successor to the DualShock 4 controller is not a DualShock 5 with marginal improvements like Sony had done until then. Introducing DualSense, a new controller designed to bring gaming sensations into a new era.

📅When is the DualSense controller released? 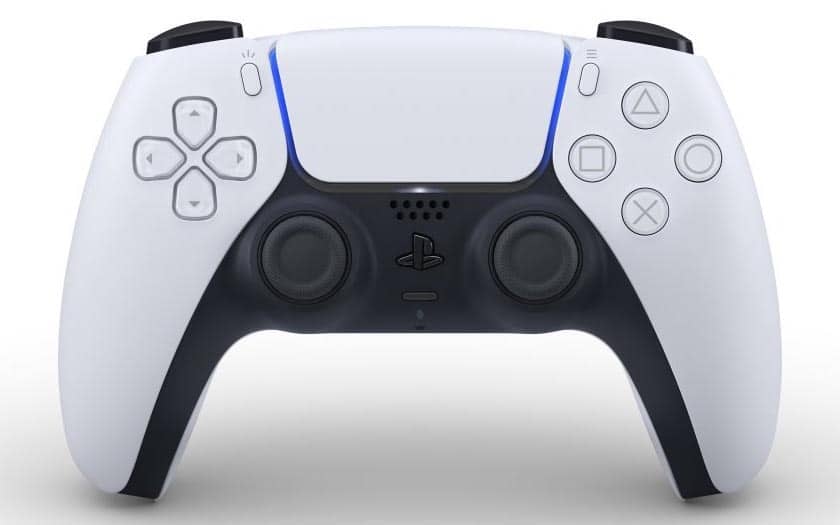 Sony created a surprise by unveiling the DualSense controller in a PlayStation Blog post dated April 7, 2020. We then discovered an iteration with a design very different from previous iterations, and which puts immersion and sensations at the heart of the user experience.

For the moment, Sony does not give a precise release date, contenting itself as for the PS5 with a teaser an outing for the end of the year 2020 celebrations. Sony will nevertheless hold a new conference on September 16, 2020 at 10 p.m. the exact release date the console and its accessories could be revealed on this occasion.

💸How much does the DualSense cost?

As for the rest, Sony still distills the information dropper around its next console. Nonetheless, it seems unlikely that the separate purchase price of the DualSense will be a revolution from the current selling price of the DualShock 4.

The latter is therefore offered for around sixty euros, or even more depending on the color. Chances are we will stay in this price range. Sony has promised a new conference on November 16, 2020 at 10 p.m. – we hope to learn more about the prices of consoles and their accessories. For its part, Microsoft has revealed everything around the Xbox Series X and Xbox Series S.

⚙️What are the features of the DualSense? 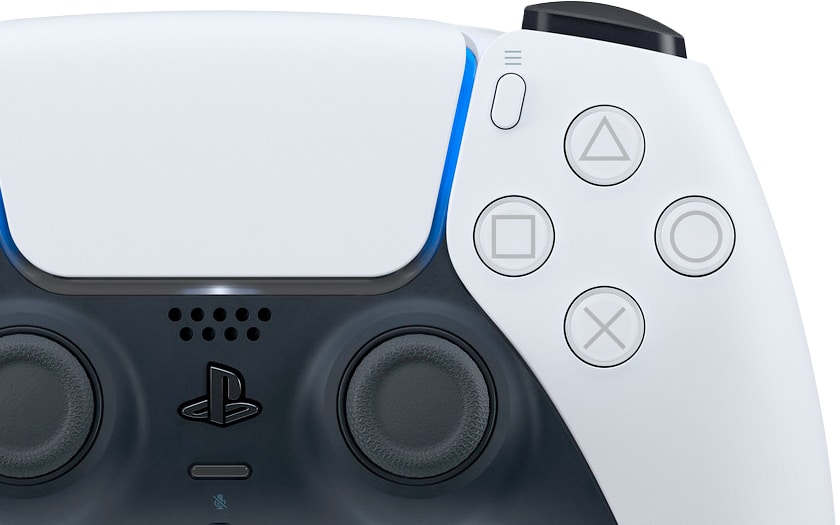 At the heart of this new controller, there is a new high definition haptic feedback system. This allows precise textures and sensations to be simulated to enhance immersion rather than marking contact with a surface with a simple vibration as on the previous generation.

There is also two so-called “adaptive” triggers integrated in the L2 and R2 buttons. The resistance of these triggers can be programmed in the game. Again to deliver more real sensations. We can imagine that this resistance will change depending on the weapons. Combined with the haptic feedback, it seems possible to simulate the sensation delivered by physical mechanisms.

There is also the presence of an audio jack to connect your headphones as well as an integrated microphone : Sony is also announcing that it will be possible to talk to your friends online through this device. It could also be that this microphone is used to communicate with a possible voice assistant integrated into the console.

Finally the share button gives way to a Create button. Sony explains that this button will have the same functionality as the share button with new features, the list of which has not yet been specified: “We’re once again pioneering in finding new ways for players to create epic gameplay to share with the world, or just for personal use.”

⚒️ Is there a complete technical sheet? 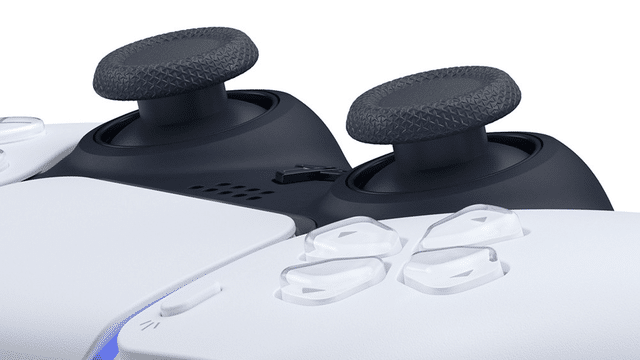 🎮What are the main advantages of the DualSense compared to the DualShock 4?

Obviously the biggest improvement of this controller is its high definition haptic feedback supported by adaptive triggers. Until the PS4, the haptic feedback in games was rather messy, with coarse vibrations that were there more to enhance the sense of immersion than to create a truly realistic user experience.

Conversely, the DualSense offers high definition vibrations. Effects that can be chosen on a case-by-case basis by developers or be applied automatically with sound effects and a touch of artificial intelligence. The other advantage is perhaps its design, which seems rounder, and more ergonomic – like that of the Xbox One by the way … It will nevertheless be necessary to wait to know more before going further in the comparison between the two iterations and concurrent controllers.

✒️What design was chosen for the successor to the DualShock 4? 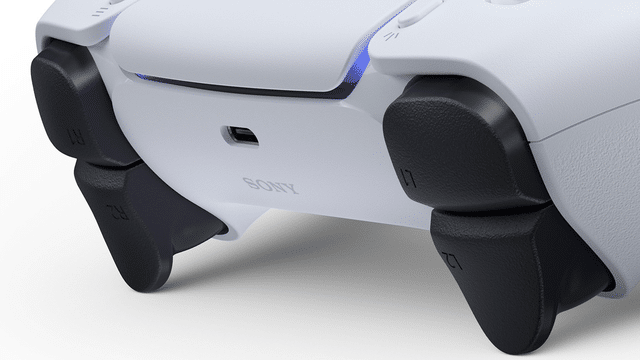 This is the big surprise that Sony has in store for us. Never since the first PlayStation has the iconic design of the manufacturer’s controllers evolved so radically. So many people point out that the new controller now looks more like Xbox controllers than DualShock controllers.

The important buttons are nevertheless in the same place which should make it possible not to upset the playstationists too much. The design may also indirectly appeal to regulars in the Xbox universe. The other notable choice is this white dress, almost dull (the colored accents seem faded to the maximum) – which also reinforces the aesthetic parallel with the Xbox controllers.

The buttons are covered with a transparent plastic, which gives them an instantly recognizable texture to the touch as on the DualShock. Finally, we can also note its blue light accents on the edges of what appears to be a touchpad (?). Official 360 ° images of the DualSense controller are available. You can also discover it in a first getting started video.

🎨What are the different colors of the DualSense controller? 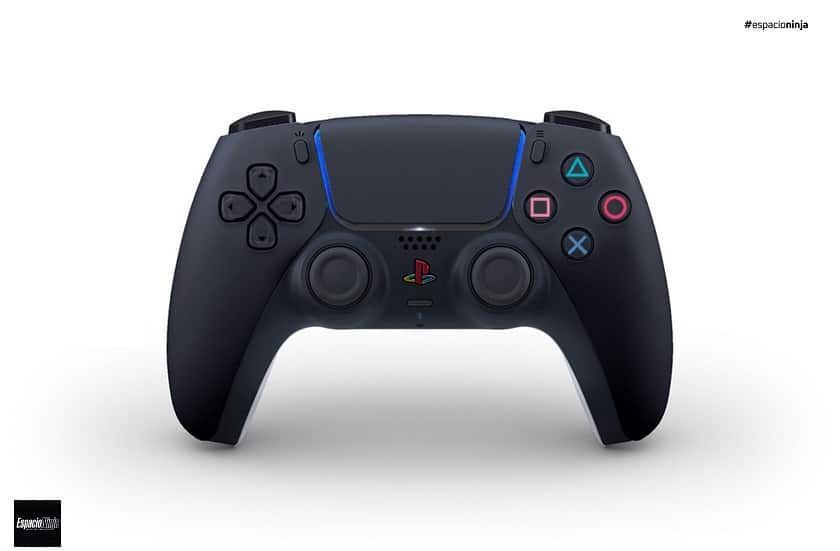 Besides the white color, which seems to be the standard for this generation, there is a black version, with more colorful buttons, and a full color PlayStation logo as at the time. Which is not without giving it a somewhat retro-futuristic look.

We have also seen this purple version: 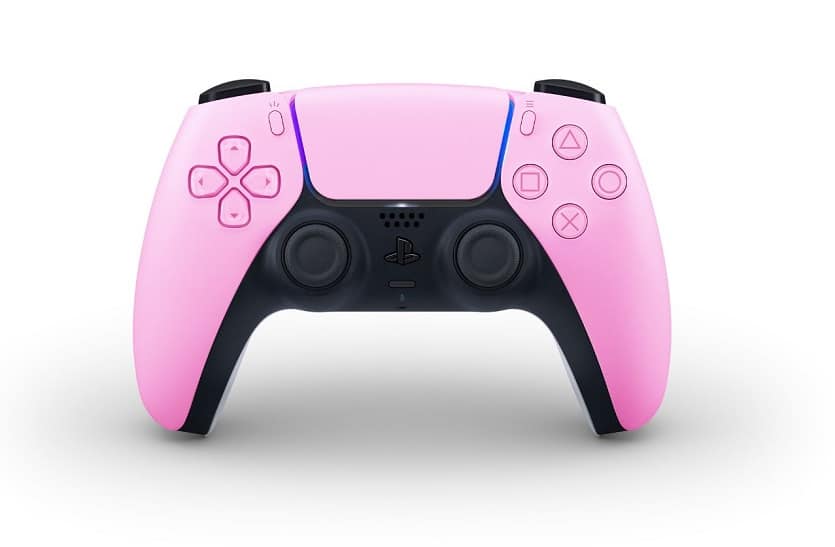 We imagine, in addition to these colors, that a wide choice will be quickly available as was the case with the DualShock 4 controllers.