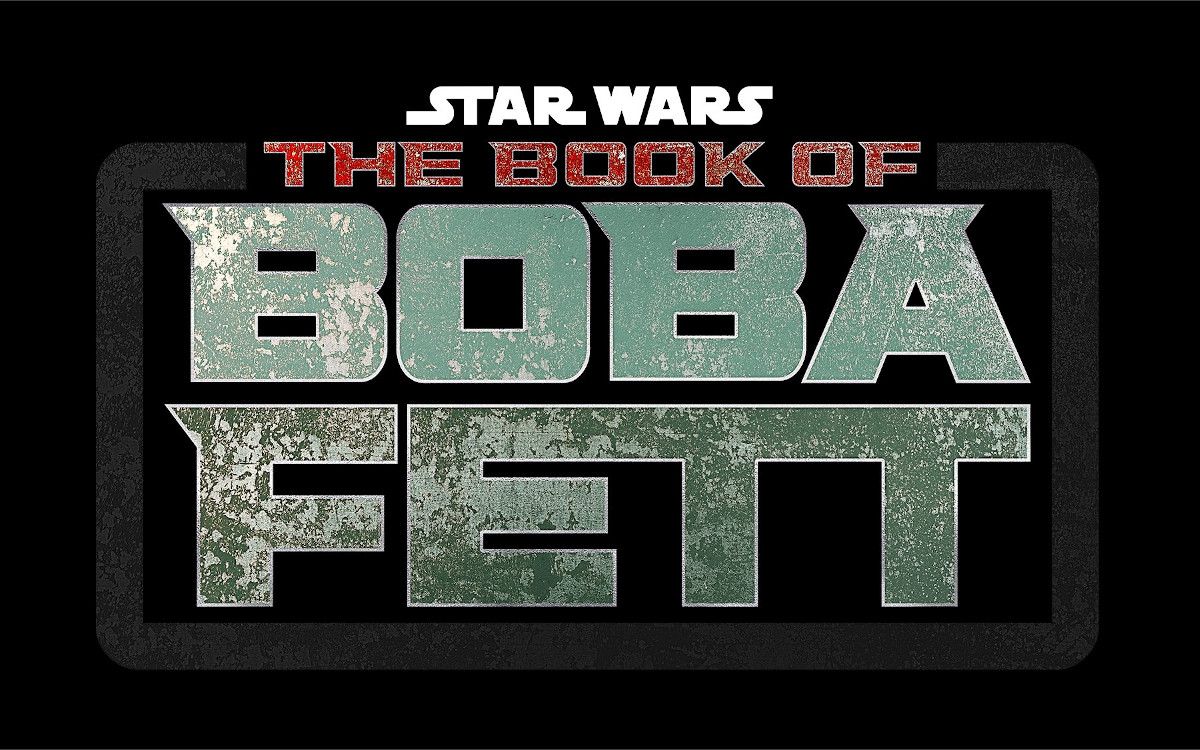 At the end of December 2020, following the broadcast of the last episode of season 2 of The Mandalorian, Disney announces the arrival in 2021 of a series dedicated to Boba Fett, the legendary Mandalorian bounty hunter, left for dead in Return of the Jedi. What to expect from this series? Who is in the casting? What is the connection with The Mandalorian? And who is Boba Fett really? We tell you everything about this file.

In December 2020, Disney has significantly expanded its line-up of Star Wars series. After the success of two seasons of The Mandalorian, the American firm has widely understood that the opportunity to hook (new and old) fans of the Georges Lucas saga should not be missed. Thus, ten programs are in the cards, including the series on Obi Wan Kenobi (with Ewan McGregor and Hayden Christensen back in the role of Anakin). And so three of them have been revealed just before the end of the year celebrations.

The first two spin-offs were announced in early December: Ahsoka, dedicated to Anakin Skywalker’s padawan, and Rangers of the New Republic, dedicated to a troop from the New Republic during the events following the Battle of Endor (Return of the Jedi). It was only after the broadcast of the last episode of season 2 of The Mandalorian that Disney unveiled the latest project: The Book of Boba Fett, a series that will not replace The Mandalorian (which is back for a third season), but which will be a spin-off.

But who is this Boba fett ? Why did Jon Favreau, prime contractor on Mandalorian, choose this character who has never appeared in the last films of the saga (whether episodes 7 to 9 or the spin-offs)? And who will we find in this series? To answer all these questions, we have decided to devote a complete dossier to it. Follow the guide !

📅 When will The Book of Boba Fett be released?

Disney + to broadcast The Book of Boba Fett from December 2021. The information was confirmed by the American group on the occasion of the officialization of the project. A more precise date has not yet been announced.

The format of the broadcast has not yet been disclosed. If Disney + keeps the format of The Mandalorian, a new episode will be offered every week. However, it is not impossible that all the episodes will be offered at the same time, especially if it is a program that will consist of only one season.

📺 How many episodes will be broadcast?

For now, the number of episodes of The Book of Boba Fett has not been officially confirmed. However, given the format of the exclusive series of the streaming platforms (Netflix, Prime Video, Apple TV + or Disney +), it is very likely that the series only lasts ten episodes maximum. It is not certain that a second season is already considered, although the audience scores will undoubtedly have a strong influence on the final decision.

For comparison, here is the number of episodes for a few series (one per platform):

Who is Boba Fett? 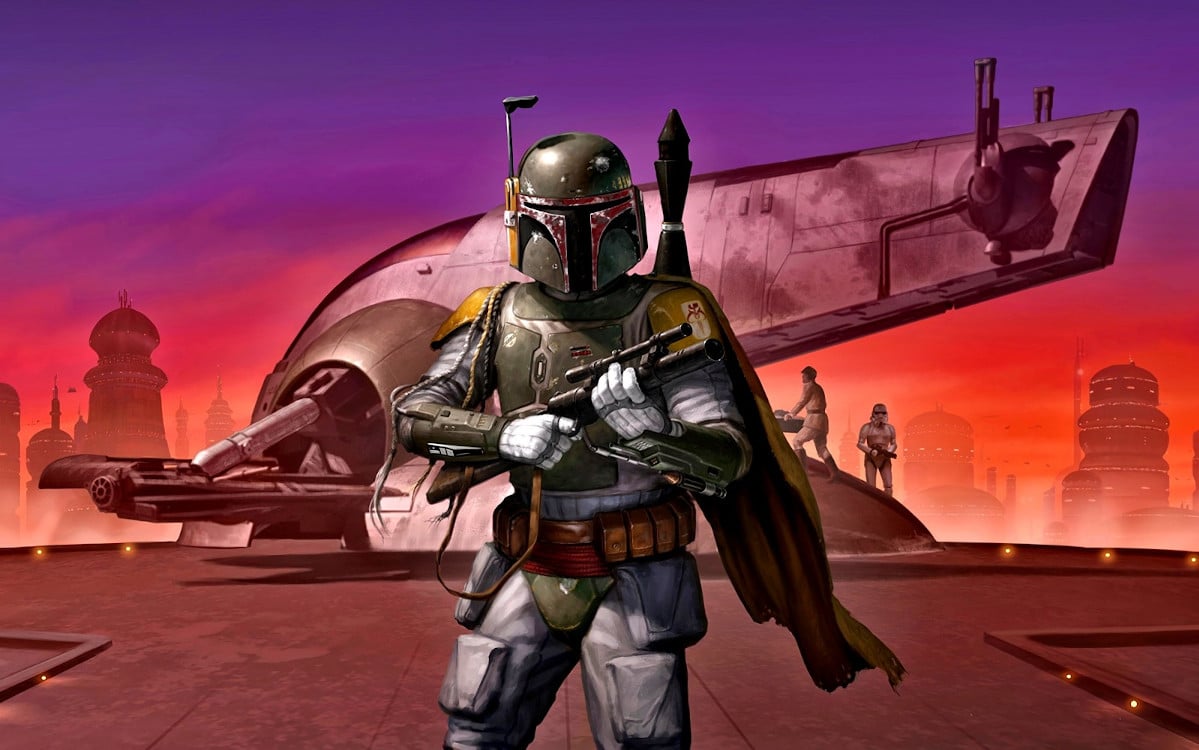 Boba Fett is a mandalorian, like Din Djarin. Its name echoes the history of the Star Wars saga, whether in the official universe of movies and series, or in the universe ” Legends Which brings together all the stories written before Disney deemed them invalid. We will only cover the details of the official universe here.

A model father (in every sense of the word)

We cannot approach the story of Boba Fett without starting with that of his illustrious father, Jango fett. Like Boba, he’s a Mandalorian. He is one of the best bounty hunters in the Galaxy. It is hired by Count Dooku to serve as a genetic basis for an army of clones created by the master geneticists of Kamino. Along with other bounty hunters, he trains the Clones who become the forces of the Grand Republican Army (which will be the pillar of the Clone wars).

Jango Fett accepted Count Dooku’s proposal on one condition: that the geneticists of Kamino provide him an unaltered clone (life expectancy identical to that of a human and growth at normal speed). This is how is born Boba fett. He receives on Kamino a teaching and a training of Mandalorian. With his father, he leaves during episode 2, “Attack of the Clones”, towards Geonosis where his father was killed in a duel against the Jedi master Mace windu.

Boba Fett then begins his long ascent in the world of bounty hunters. He is first trained by Aurra Sing with whom he founded a group (you can find the adventures of young Boba Fett in the Clone Wars animated series, especially in season 2 of it). He was captured by the Republic, but escaped prison and worked for a time with Asajj Ventress, Count Dooku’s apprentice.

During the period of the Empire, he became one of the employees of the very famous baron of the underworld, Jabba the Hutt. The latter entrusted him and other bounty hunters with the task of finding and capturing Han Solo, with the only constraint not to kill him. In Episode 5, “The Empire Strikes Back,” Boba Fett, an ally of the Empire and Darth Vader, succeeds in capturing the pilot of the Millennium Falcon on Bespin. The bounty hunter brings him back to Tatooine where Jabba could sport Han Solo like a trophy.

At the start of Episode 6, Jabba captures Leia, Chewbacca and Luke. While he was going to serve as a meal at Sarlacc, a desert creature from Tatooine (a sort of gaping hole with razor-blade-shaped teeth, which digests its victims for hundreds of years), he manages to free his friends. During the fight, Han Solo damages Boba Fett’s backbone reactor which, after swerving, ends up in the creature’s mouth. This is where the official Boba Fett story so far ended.

Return from the dead (spoiler alert 🤬)

But, at the start of season 2 of Mandalorian, it was a hit: Boba Fett’s armor is found. But its owner is not in it. It is Cobb Vanth, the marshal of the small town of Mos Pelgo on Tatooine, who wears it. He agrees to return the armor to Din Djarin in exchange for service. The latter takes the armor with him.

A few episodes later, Din Djarin finds Boba Fett, accompanied by Fennec shand, the cross bounty hunter in Episode 5 of The Mandalorian Season 1. In the Sixth episode, Boba Fett finally recovers his armor and helps, with Fennec Shand, Din Djarin in a perilous mission: to take back Baby Yoda (whose real name we know at the time) from the hands of the Moff gideon. 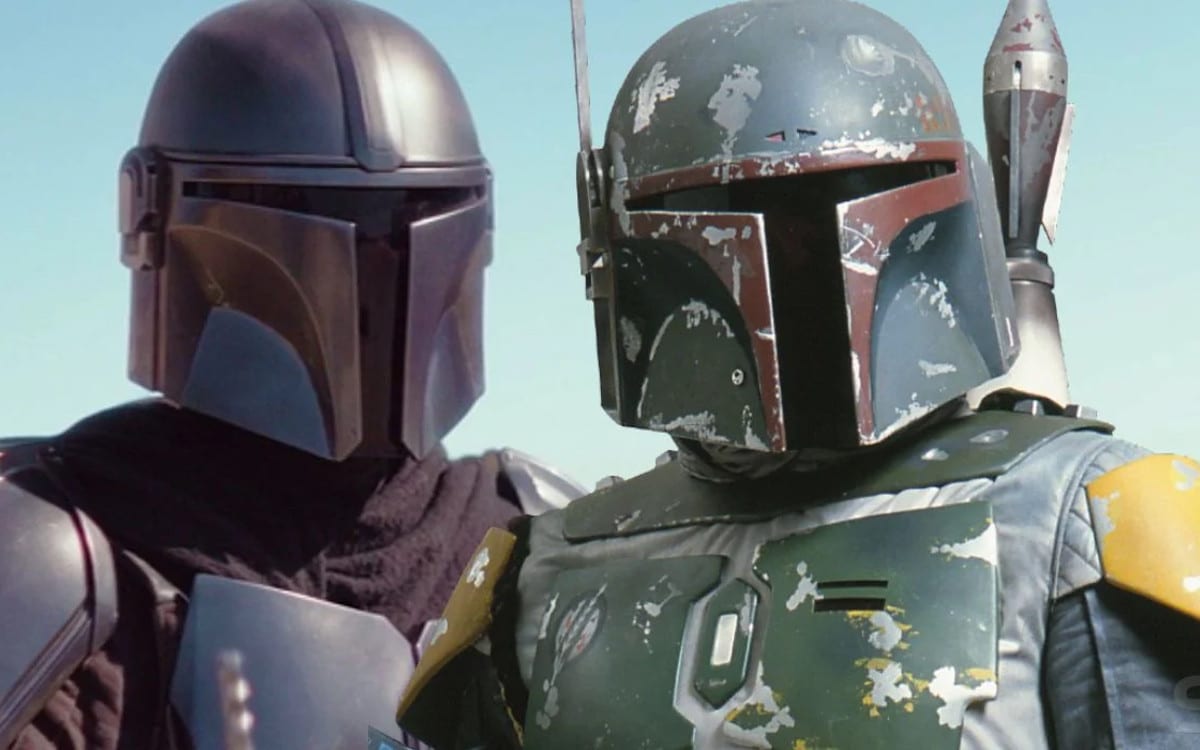 In L’season 2 finale episode by The Mandalorian, Din Djarin, Boba Fett, Fennec Shand and Cara Dune, a former shock trooper of the repentant Empire who became Marshal of Nevarro, saves the child and entrusts him to Luke skywalker. At the very end of the series, Boba Fett, clad in his armor, returns to Tatooine, in Jabba’s former lair. He eliminated all resistance there before settling on the Hutt throne.

🎬 What do we know about the script of The Book of Boba Fett?

The Book of Boba Fett scenario, written by Jon Favreau (author of The Mandalorian), has not been disclosed by Disney. Only official information, the series is contemporary with that of Din Djarin. So it takes place between films 6 and 7 of the Star Wars saga. Either after the victory of the rebels over the Empire and during the advent of the New Republic.

The story of this new series will certainly start where The Mandalorian season 2 ends. At the end of episode 8 of it, Boba Fett and Fennec Shand are on Tatooine, in the former sanctuary of Jabba the Hutt. It is likely that this new chapter in the Boba Fett saga will focus on the underworld of the Tatooine or, more broadly, that of the Hutts, of which the bounty hunter was one of the employees. 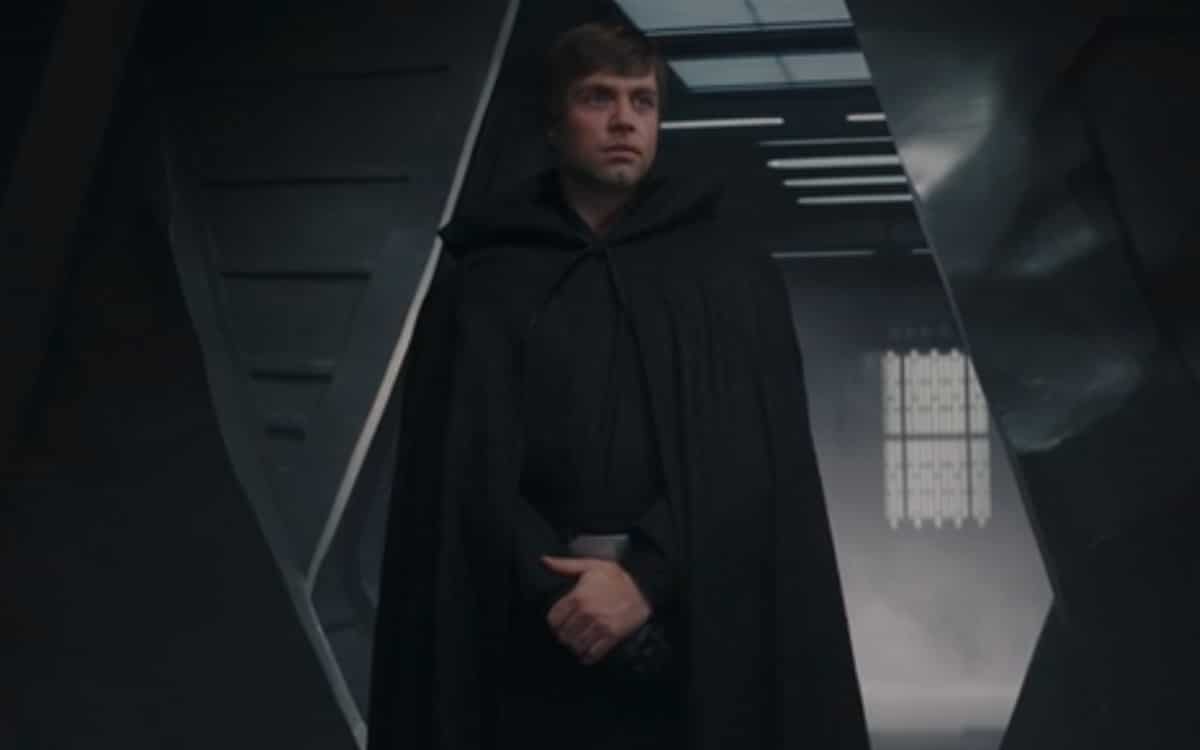 It is not impossible that Jon Favreau would appeal, as with The Mandalorian, to other contemporary figures of this time. We think about Ahsoka Tano and Luke skywalker, also crossed in The Mandalorian, Han Solo, with whom Boba Fett has a score to settle (and who is not chronologically dead yet), or even Aurra Sing, who formed Boba Fett during the Clone Wars. We include the latter here, even though she would have been killed, because a resurrection is far from impossible, as Boba Fett’s proves.

🎭 What is the cast of The Book of Boba Fett?

The show’s cast builds on continuity. So you find the same actors there for the same characters. Here are the actors who have already been officially confirmed:

Of course, the Mandalorian hero will be present in the series that bears his name. He will be played by Temuera Morrison, of course. Besides the fact that he already plays Boba Fett in the second season of The Mandalorian as well as in the remastered version of “The Empire Strikes Back” (released in 2004), he makes a scriptwriter’s choice. Indeed, Temuera Morrison already played Jango Fett and all the clone troopers in the films “Attack of the Clones” and “Revenge of the Sith”. Since Jango Fett has served as a role model for all of the clones and Boba Fett is one, it is only natural that the same actor is playing father and son.

Bounty hunter Fennec Shand will return to duty. Very present in the second season of The Mandalorian, she participated in the conquest of the landmark of Jabba the Hutt on Tatooine. His character will therefore resume service, information confirmed by Disney when the series became official. This is the only other character that has been confirmed so far. The Bounty Hunter will be played by Ming-Na Wen who has played Fennec Shand since the first season of The Mandalorian.