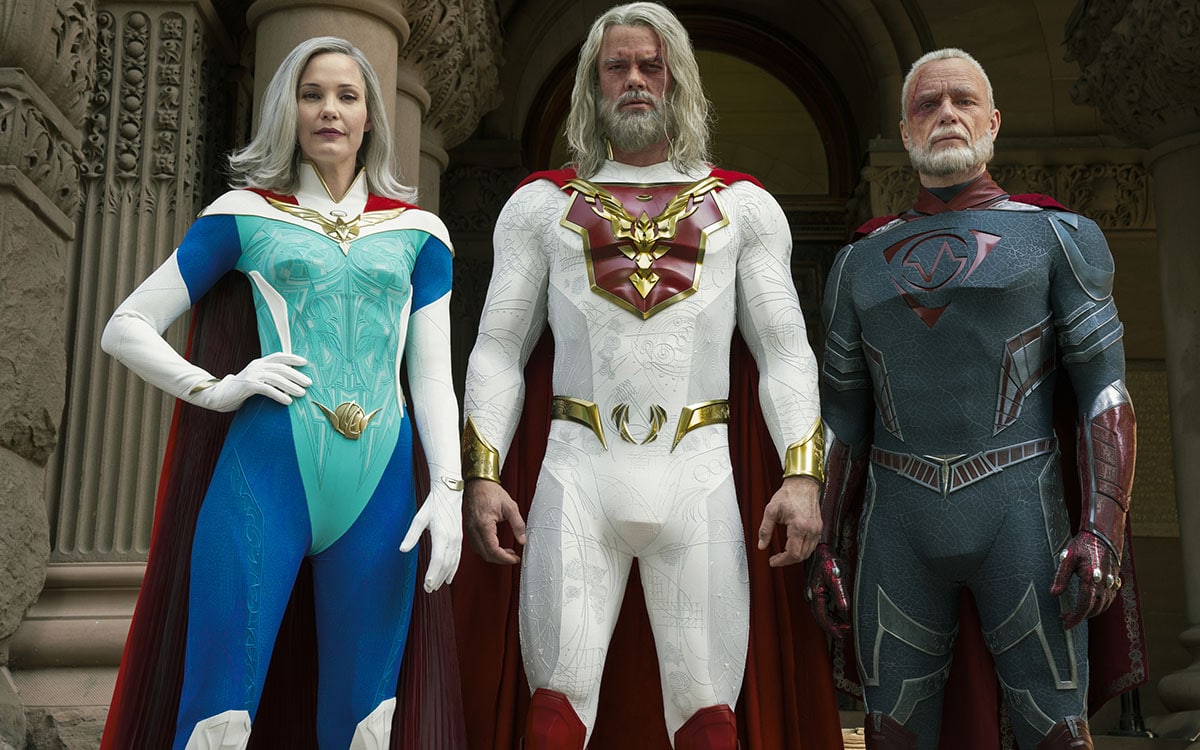 Jupiter’s Legacy is Netflix’s new superhero series. But this is not a classic series featuring individuals with superpowers who will do anything to protect their neighbor. Jupiter’s Legacy changes the codes and looks at the case of the children of superheroes, relegated to the background and who will try by all means to free themselves from their parents. Protagonists, history, date of release, here is what you need to know about the next big box of Netflix! 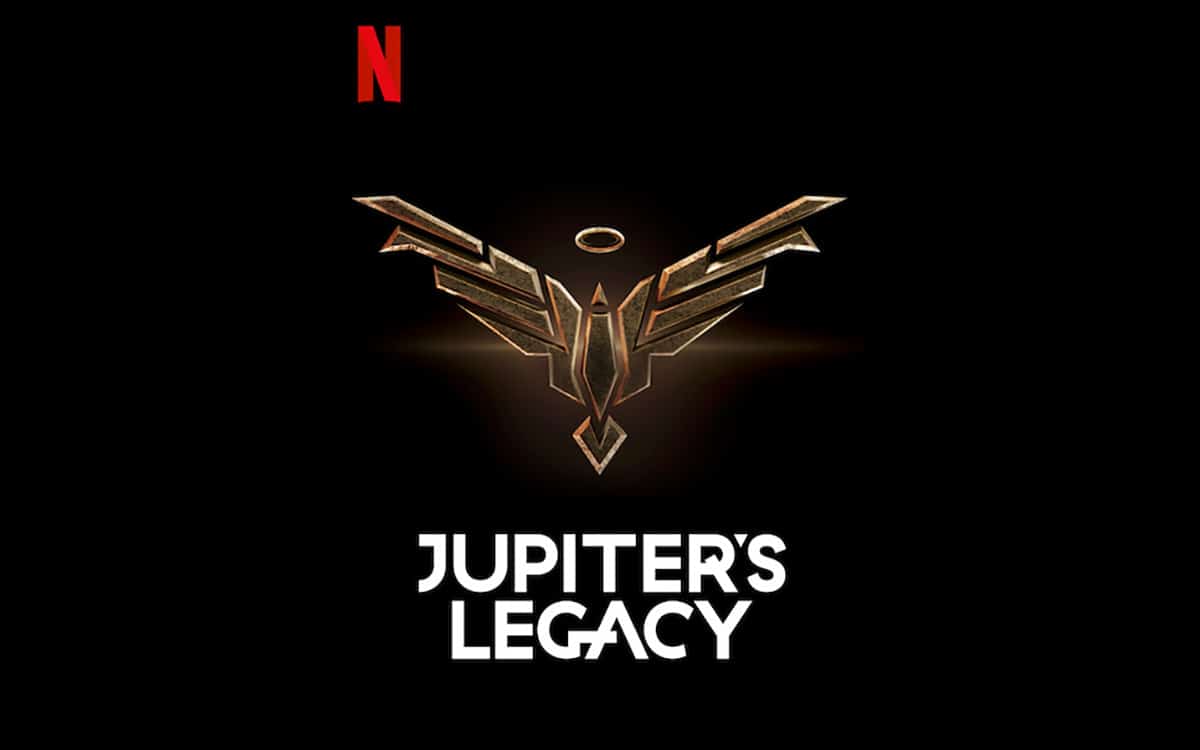 Faced with the surge caused by the series The Boys and distributed by Amazon Prime Video, it was necessary that Netflix find an adequate answer. Shows that feature superheroes are fine, but audiences are starting to tire of the righteous messages conveyed by this kind of program. Admittedly, Netflix already has in its catalog series like Jessica jones, The Punisher or Umbrella Academy, which swim against the grain of classic superheroic movies and series.

But to compete The Boys, he had to go even further and find a series that breaks all codes, that does not hesitate to criticize the wonderful world of superheroes, while offering it a political and social dimension. And this series, Netflix finally found it when it bought the comic book studio Millarworld in 2017. Jupiter’s Legacy, this is an adaptation of comics released between 2013 and 2017 and which has been a hit with comic book fans. But it is above all the work of Mark Millar, a renowned author to whom we owe among others Kick-Ass or the saga Civil war at Marvel.

Jupiter’s Legacy is therefore the new superhero (or anti-superhero?) Series from Netflix and it is likely to make a lot of noise in the coming months. Here is everything we know about Jupiter’s Legacy, its broadcast date, its episodes, its plot and its characters.

“When is Jupiter’s Legacy airing on Netflix?

The series is scheduled for the May 7, 2021. The entire 1re season will be released that day.

🔢 How many episodes does the show have?

The first season of the series counts 8 episodes. The average duration of the episodes has not yet been communicated. Nonetheless, if one goes by the usual superhero series produced by Netflix, it is likely that each episode should last. between 45 and 50 minutes each. 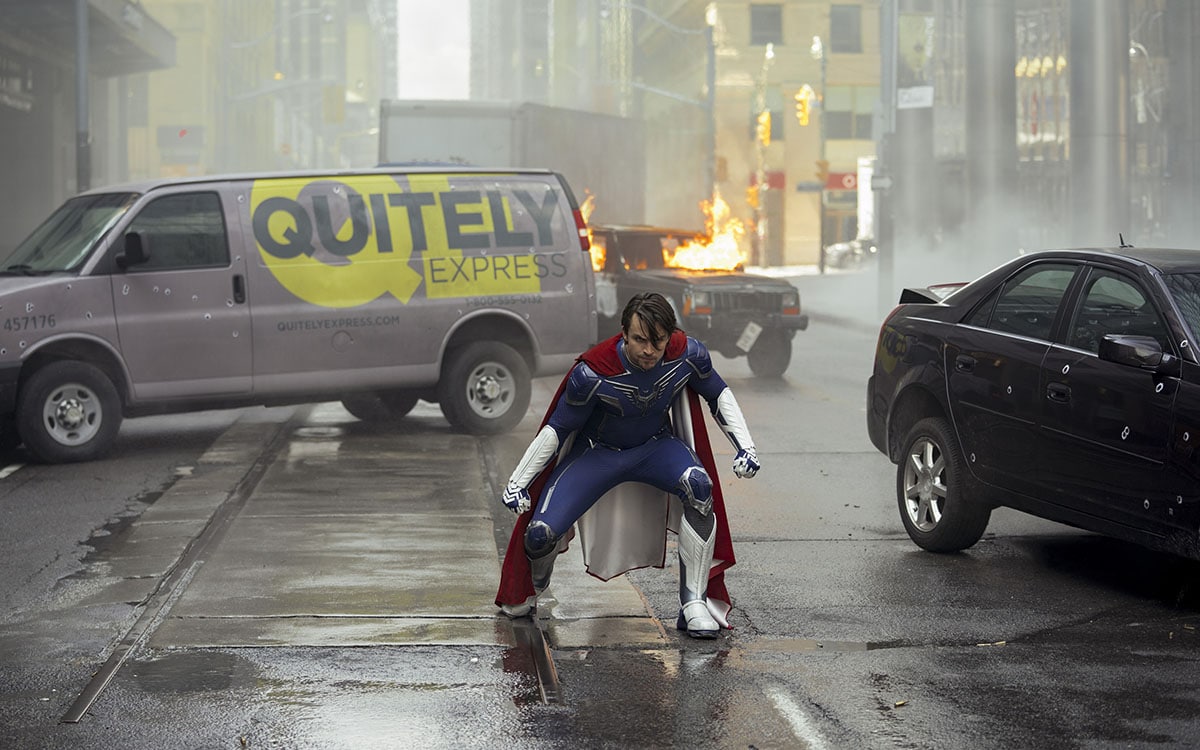 For the record, the script for the first episode was entrusted to Steven DeKnight, who notably worked on Buffy, Angel, Smallville, Dollhouse, Spartacus and more recently on the series Daredevil from Netflix. Another episode was scripted by Kate Barnow, who has regularly worked on True Blood.

🎬 Is the filming of the series really finished?

Yes, and it’s safe to say that Jupiter’s Legacy even took its time making it onto Netflix. The end of the day took place at the end of January 2020, which left nearly a year and a half for production to fully finalize the project, against the backdrop of the health crisis of course.

“What’s it all about, Jupiter’s Legacy?

Now let’s get to the heart of the matter. In 1932, Sheldon Samson, his brother Walter, and a few other individuals discovered a mysterious source of power. They then become the first superheroes that the Earth has known. They then found a group called the Union, and attempted to protect and improve Humanity. The series takes place today and focuses on the children of superheroes, who also have superpowers, but haven’t quite decided to follow in their elders’ footsteps.

“The first generation of superheroes have been successful in bringing peace to the world for almost a century. It is their children’s turn to take over. Here’s how Netflix sums up Jupiter’s Legacy.

By the way, do not be surprised if it has passed almost a century between the appearance of the first superheroes and the younger generation: it is well known, in the world of comics, the characters age much less. faster than normal.

Read also: Netflix, series and movies to watch this weekend

🦸‍♂️ Who are the main characters of the series?

🖋 Who are the authors of the comics?

The Jupiter’s Legacy comics were written by Mark Millar and designed by Frank Quitely. The former is a prolific comic book author, having originated comics like Kingsman, Kick-Ass or Wanted. All of them have been adapted for cinema. He is also the author of the saga Civil war published by Marvel, saga which was adapted on the big screen in 2016 under the name of Captain America Civil War. Mark Millar is such a prolific author that in 2004 he founded his own comic book company, Millarworld. It is this same entity that was acquired by Netflix in 2017, with Mark Millar and his wife still remaining at the helm of the company. The first adaptation resulting from this takeover is therefore Jupiter’s Legacy, but other projects should soon follow. 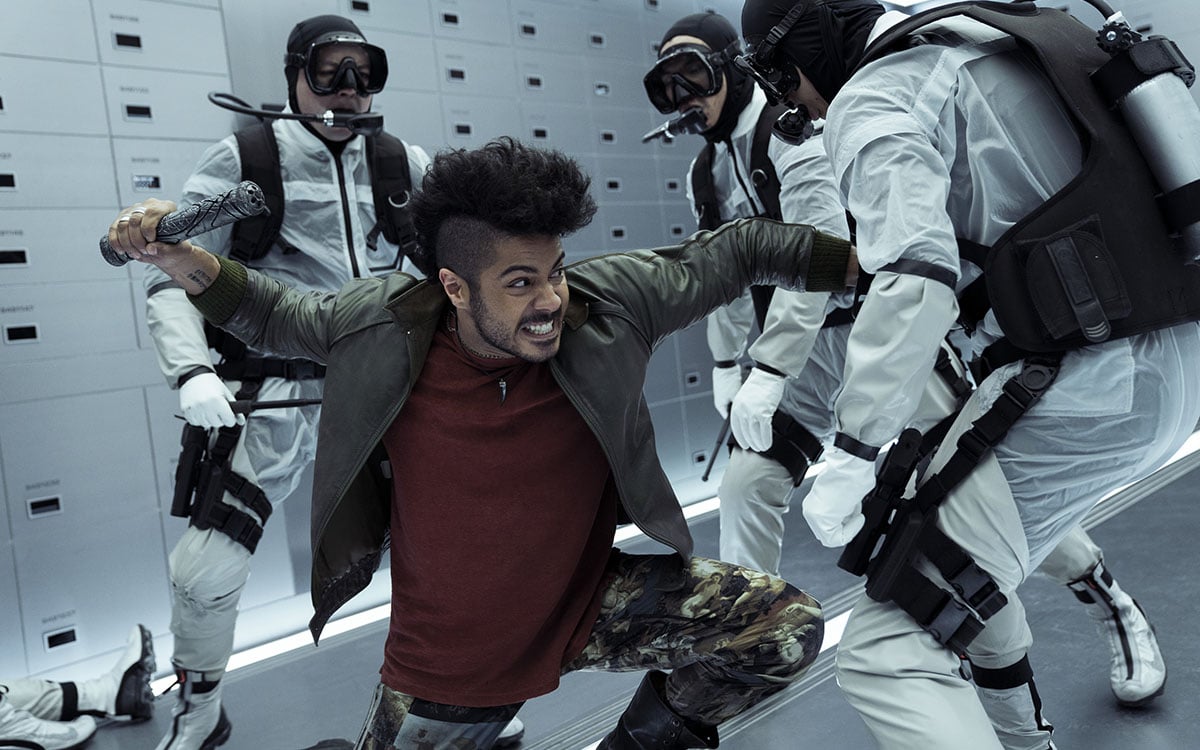 As for Frank Quitely, he is also a designer well known to comic book fans. He notably worked on The Authority (with Mark Millar), All-Star Superman, New X-Men and The Invisibles. He has received four times the Eisner Prize, the most prestigious prize in the world of comics.

“Is Jupiter’s Legacy for the whole family?

On the Netflix site, the Jupiter’s Legacy series is rated 16+. For comparison, and still in the superheroic genre, a series like Umbrella Academy is also rated 16+, just like Titans or Jessica Jones. Flash or Supergirl are intended for 13 years and over, but not Arrow, which is reserved for over 16 years. Finally, on the competition side, The Boys series is rated 18+.

If there is still a small margin of tolerance, then this is not a series aimed at the youngest.

🥈 Is a season 2 already in preparation?

At this point, it’s still unclear if a Jupiter’s Legacy Season 2 is already in the pipeline. As usual, if the first season is successful, Netflix will not hesitate to announce a sequel to the series. And there is matter, since the comic book saga even has a spin-off told in Jupiter’s Circle.

Remember, however, that when the audience is not there, Netflix is ​​quick to cancel one of its programs (fans of Sense8, The OA, The Society or Dark Crystal know something about it).

Read also: the 20 best Netflix original series not to be missed