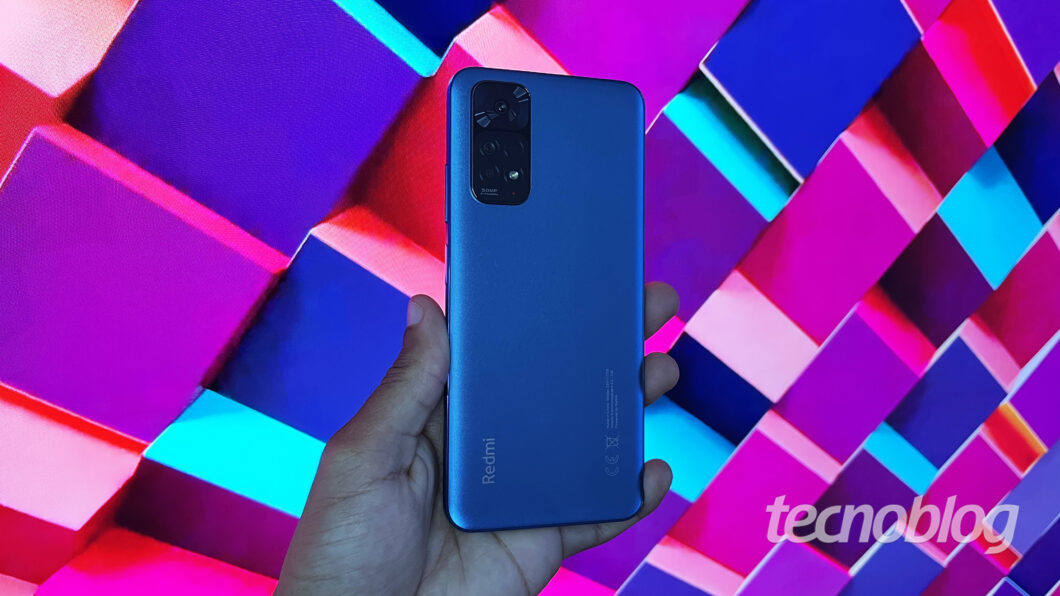 The series Redmi Note 11 is officially coming to Brazil. This Wednesday (6), DL Electronics (Xiaomi’s official representative in the country) announced the launch of the Redmi Note 11, 11S, 11 Pro and Pro 5G in the national market. The devices are highlighted by the new design with flat sides, the photographic set of four cameras, the MIUI 13 and the AMOLED panel with a high refresh rate.

The Redmi Note 11 is an interesting device for those who want to enter the Xiaomi ecosystem without breaking the bank. Although it has not presented significant upgrades, as we showed in the full review, the model has a striking technical sheet thanks to the 6.43-inch AMOLED screen with a rate of 90 Hz and the IP53 certification, which guarantees protection against water and dust.

The photographic set, however, is shy when compared to its predecessor. The main lens now produces 50-megapixel images; there’s still an 8-megapixel ultrawide, a measly 2-megapixel macro and a depth sensor (2 MP). The front, in turn, generates 13-megapixel selfies.

In Brazil, the Note 11 will compete with the recently launched Realme 9i. In addition to the refresh rate, rivals share the Snapdragon 680 processor, developed by Qualcomm. Xiaomi device hardware consists of 4 GB of RAM and 128 GB of internal space.

Moving forward to the Redmi Note 11S, the variant brings the main attributes of the brother, including the 6.43″ AMOLED panel with a rate of 90 Hz, and is distinguished by the processor and the main camera. For the 11S, Xiaomi chose the MediaTek Helio G96 chipset, which also powers the Poco M4 Pro. Its RAM memory is 6 GB, while the storage is at 128 GB.

Both devices are equipped with a 5,000 mAh battery and come with a 33-watt charger, 3.5 mm headphone jack, fingerprint reader on the side and infrared emitter.

Things start to get a little more interesting from the Redmi Note 11 Pro onwards. This device features a larger 6.67-inch screen, also AMOLED, but with a 120 Hz refresh rate and Gorilla Glass 5, as a bonus. The battery remains at 5,000 mAh, but instead of the 33 W charger, the manufacturer sends a 67 watt power supply, which makes the cell reach 50% in 15 minutes.

In addition, we have a repeat: the camera configuration is the same as the 11S, as well as the processor (Helio G96). The RAM memory consists of 6 GB and the storage, 128 GB.

DL Electronics also made official a version with support for the 5G network. The Redmi Note Pro 5G has the same screen configuration as the 11 Pro and, again, the difference is in the processor. Its chip is the 6 nanometer Qualcomm Snapdragon 695 5G.

The battery is also 5,000mAh capacity and they ship 67W charger in the box.

Unlike the other devices, the Pro 5G offers three cameras, with a main 108 MP, 8 MP ultrawide and 2 MP macro. For selfies, it has a 16-megapixel lens.

All devices released today run Android 11 (where is Android 12, Xiaomi?) with the MIUI 13 interface.

The four smartphones are now available in the brand’s online store and physical stores. The prices are these: