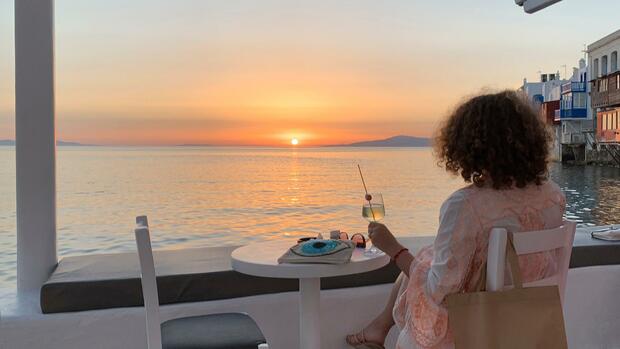 Athens The villas in Costa Navarino are not cheap. The prices start at 2.8 million euros. For this, the buyer gets 350 square meters of living space and a handsome piece of land.

Market experts believe that this has to do with the corona pandemic. Privacy and security are now more in demand than ever. “Our customers are looking for the security and security of their own property,” reports Georg Petras. The German-Greek, who grew up in Stuttgart, is the Greece boss of real estate broker Engel & Völkers.

“Many previous luxury hotel vacationers are now flirting with their own vacation property,” says Petras. He attributes this to the “corona effect”: Greece has one of the lowest infection rates in relation to the population and the least Covid 19 deaths of all Mediterranean countries.

The real estate market has also been booming since Hellas left the financial crisis and the ten-year recession behind. The upturn is largely driven by foreign investors.

According to the Greek central bank, foreign property buyers brought 1.45 billion euros into the country last year. This means that 35 percent of all foreign direct investments flowed into the real estate market. Compared to 2016, the total has increased sixfold.

The boom initially continued at the beginning of 2020. Then the corona virus came. But the market reacted only temporarily unsettled: “We only had a brief slump in the first two weeks of the pandemic in March,” reports real estate agent Petras.

“Today we see more interest than ever before: In June, inquiries were 23 percent above the previous year’s level, and the number of German interested parties has even increased by 50 percent,” says Petras. “Above all, we are looking for high-quality properties from € 350,000 up to the seven-figure range – this has not been there in this form.”

According to calculations by the Greek central bank, the prices for residential real estate rose last year by an average of 7.9 percent. High-quality holiday properties became much more expensive.

But despite the recent price increases, the price level in Greece is still cheap compared to other Mediterranean destinations as a result of the crisis years 2008-2018.

This also makes Greek holiday properties interesting as an investment. According to calculations by the real estate service provider Algean Property, investors achieved gross returns of 8.2 percent on the island of Mykonos last year.

In Santorini it was an average of 6.3 percent, in the celebrity retreat Porto Heli on the Peloponnese peninsula 5.1 percent. Such yields are out of the question this year because of the corona slack. But experts still see the long-term upward trend in tourism in Greece intact.

Foreign buyers should consult a lawyer when buying

In Greece there is no longer any legal requirement to buy a property, but Reinhardt advises foreign buyers in particular to hire a lawyer at an early stage. “Because there is still no nationwide property register in Greece, the buyer should carefully examine the ownership structure and seek advice from a law firm of his trust on structural, building law and tax issues,” says Reinhardt.

Foreign buyers are primarily looking for holiday properties on islands with good infrastructure, such as the Cyclades, Rhodes and Crete. The Athens Riviera is also becoming increasingly popular. “This is quite new for the German market,” says real estate expert Petras.

Dozens of properties with high-quality luxury apartments are currently being built in the coastal suburbs of the Greek metropolis. The developers have an eye in particular on foreign prospects. The region is interesting for them because of their proximity to the capital and easy accessibility all year round.