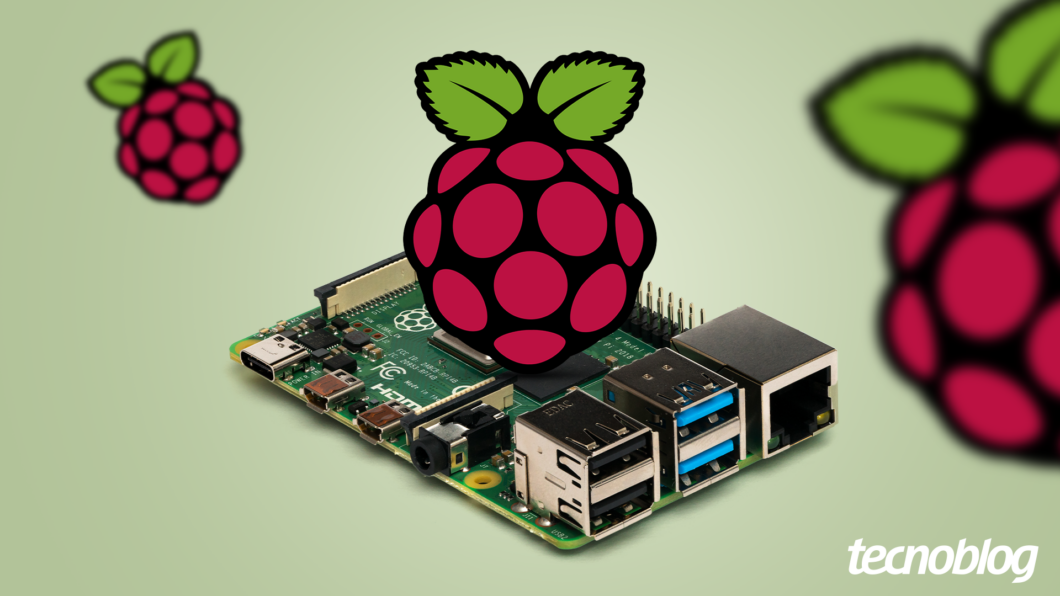 Time passed and the Raspberry Pi completed 10 years of existence in 2022. Developed by the Raspberry Pi Foundation, this microcomputer brings together the essential components for operation on a single logic board. Over the years, different versions have been made official with different specifications. Below, I will show you the main models released so far.

Model B, or simply Raspberry Pi, was the first model officially released. It hit the market with a single-core Broadcom BCM2835 processor, clocked at 700 MHz, VideoCore IV GPU and 256 or 512 MB of RAM. This microcomputer also offered two USB ports, an Ethernet port and an SD card slot.

The first Model A delivered more modest specs. This model bet on the same single-core Broadcom BCM2835 processor and VideoCore IV GPU, but only had one version with 256 MB of RAM, a USB port and an SD card slot.

Model B+, as its name suggests, is an improved version of the first Raspberry Pi. Despite having the same processor and GPU, this device has a single version with 512 MB of RAM, four USB ports, an Ethernet port and a microSD card slot.

The Pi 2 Model B delivers more powerful hardware. It stands out for its quad-core Broadcom BCM2836 processor, with 900 MHz cores, and 1 GB of RAM. The microcomputer also delivers four USB ports, one Ethernet port, VideoCore IV GPU and microSD slot.

The Pi Zero is a simpler version. Raspberry kept the single-core Broadcom BCM2835 processor, but increased the speed to 1 GHz. This model also offers 512 MB of RAM, two microUSB ports (one with OTG support), a mini HDMI port and a microSD card slot.

The Pi 3 Model B has evolved a lot when compared to previous models. This version features a quad-core BCM2837 processor, with 1.2 GHz Cortex A53 cores, combined with 1 GB of RAM. Other features include: four USB ports, one HDMI port, microSD card slot, Wi-Fi b/g/n and Bluetooth 4.1.

The Pi Zero W brought small improvements over the original model. Raspberry did not change the processor, number of microUSB ports and RAM memory, but added support for Wi-Fi b/g/n and Bluetooth 4.2.

The Pi 3 Model B+ has improved the specs of the traditional model. The manufacturer has introduced a new processor (BCM2837B0) with four 1.4 GHz Cortex A53 cores, an Ethernet port with a speed of up to 300 Mbps, Wi-Fi b/g/n/ac and Bluetooth 4.2. The 1 GB RAM memory, the four USB ports and the HDMI port were kept.

The Pi 400 draws attention for being a keyboard-shaped computer. This model was launched with a quad-core BCM2711C0 processor, with 1.8 GHz Cortex A72 cores, 500 MHz VideoCore VI GPU, 4 GB of RAM, three USB ports and two micro HDMI ports. It even has a microSD card slot, Ethernet port, Wi-Fi b/g/n/ac and Bluetooth 5.0. Depending on the region, the keyboard delivers 78 or 79 keys.