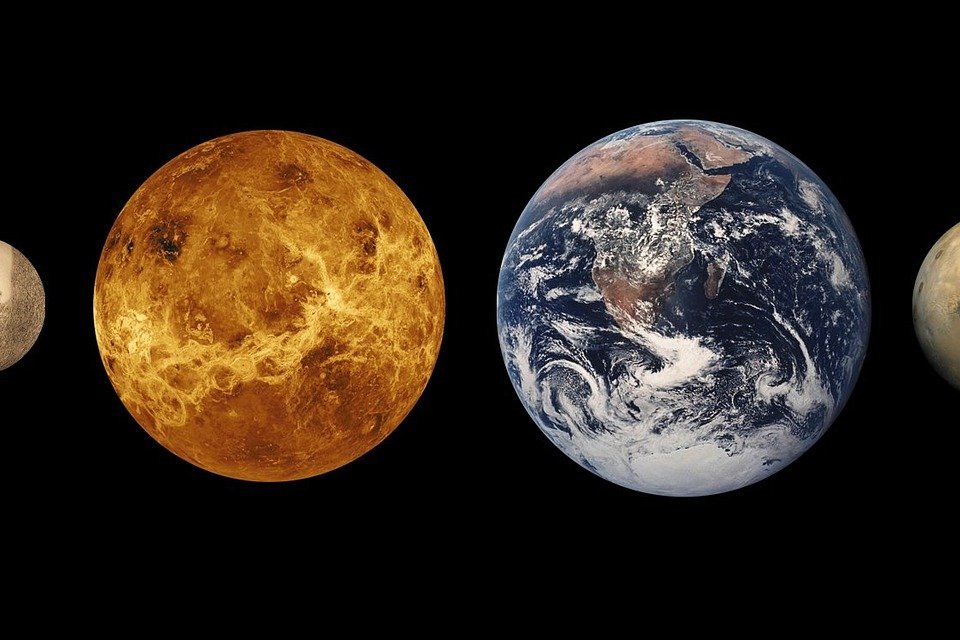 Is the Earth really unique? To answer this question, planetary scientist Paul Byrne suggested to the online magazine Science Focus that the missions DAVINCI+ and Veritas, from the American agency NASA and the envision, from the European Space Agency (ESA), may provide answers. For the researcher, Venus – which is also rocky, close to Earth and orbits the same star as us, the Sun – may be the starting point for understanding our planet’s history and discovering how it might end.

Venus may actually have been like Earth, with oceans and tectonic plates. According to Byrne, one of the most interesting discoveries of the missions to the planet in the 70s and 80s was linked to the deuterium-hydrogen relationship (deuterium is an isotope of hydrogen).

“On Venus, we found that the ratio is about 100 times that of Earth, and the best explanation for this is that at some point Venus may have had too much water and now it’s gone. The surface is completely dry.” said the scientist. For him, this means that some event could have triggered an uncontrolled greenhouse effect.

Currently, the temperature of Venus is about 470 °C at the surface, from the poles to the equator. A human being would bake. The planet’s atmosphere is composed of 96.5% carbon dioxide (CO2) – which would suffocate someone very quickly. The atmospheric pressure there is 90 times greater than the ambient temperature – according to Byrne, equivalent to being 1 km under water on Earth. There is also a global cloud layer that sheds sulfuric acid showers. The place is completely uninhabitable.

What questions should missions help answer?

There is another model for how Venus came to be, and in this case the planet has always been terrible. It started with an ocean of magma – and Venus was too close to the Sun to cool long enough to condense the gases in the atmosphere. The water would not have cooled to form oceans and crusts, retaining only a CO2 atmosphere. In this theory, Venus always had a runaway greenhouse effect and was ruined from the start. New quests can clarify which version is the real one.

The mission DAVINCI+ (Deep Atmosphere Venus Investigation of Noble Gases, Chemistry, and Imaging) will have a probe that will descend to the planet for an hour on a parachute and then free-fall for about 60 km toward the surface, measuring the deuterium-hydrogen ratio. “The deuterium-hydrogen ratio will tell us how much water was on Venus, but it won’t tell us what state it was in,” Byrne explained. To discover this, you will need to measure the noble gases: helium, argon, xenon and neon.

If Venus was once like Earth, this will have great implications. Recent work, led by Michael Way of NASA’s Goddard Institute for Space Science, has built models that show that cloud layers could have kept Venus cold from the start. After that point, the planet should have remained stable. “Clearly, something went wrong. And that’s where the model suggests that something introduced a whole pile of CO2 into the air quickly, geologically speaking,” explained Byrne.

“The only process that we can think of that can do that is volcanoes. Many of them,” he said – which could trigger drastic climate change. “We don’t know what drives these events, whether they happen in a cycle or whether they are random,” said the scientist. If that’s the case, was it just Venus’ bad luck to have volcanoes exploding at the same time, or is Earth lucky that it hasn’t happened here yet?, asked the researcher.

“Maybe Venus is ‘normal’ and Earth is unusual. Everything we find on Venus will be important in making sense of the history and future of our own planet,” said Byrne, who is committed to ensuring that the next ones are not the ones. only missions NASA will send to Venus in the next 30 years. “These two missions won’t answer all the questions,” he concluded.