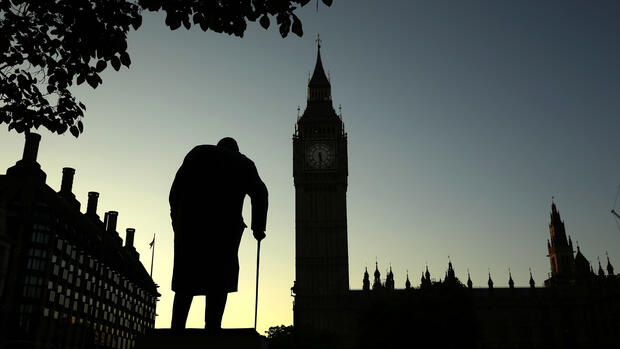 London Most Britons can well remember June 23, 2016: It was the day they voted on Britain’s exit from the European Union. The result had surprised many at the time: with 51.9 percent, a narrow majority spoke in favor of Brexit.

Four years have passed since then. Where does Britain stand today? The most important questions and answers at a glance.

In fact, the EU exit already took place at midnight on January 31. But one does not notice much of it so far: Because the negotiations on the future relationship between the EU and Great Britain are dragging on, a transition period had been agreed.

All previous agreements should continue to apply until the end of 2020. What happens next is uncertain. The EU and Great Britain were still unable to agree on how to deal with each other in the future.

The main disputes are whether and to what extent the UK should continue to abide by EU rules on state aid, workers’ rights and environmental issues, what role the European Court of Justice (ECJ) will play in relations in the future and what access EU fishermen have to British waters to have.

What happens if there is no agreement?

If the negotiating parties fail to reach an agreement by the end of 2020, Great Britain will become a so-called third country for the EU – which many tourists will notice at the border if they are checked more closely and may need a visa to enter.

From January 1st, the economy will be subject to the World Trade Organization (WTO) regulations, and tariffs and stricter regulations will be introduced. These measures are likely to affect the UK in particular – but also the EU.

Northern Ireland had a special role in the Brexit process. What is the status there?

Before the EU exit, the EU and Great Britain had signed an exit agreement and a declaration of intent (which is why the “no-deal Brexit” so feared last year can no longer take place, strictly speaking). The agreements contained therein apply even if no result is achieved in the ongoing negotiations.

The rules for Northern Ireland will therefore apply from the end of 2020 and until the Northern Ireland Parliament abolishes them. The first vote is expected to take place in 2025. Given the specific situation of the Irish island, the Withdrawal Agreement agreed that Northern Ireland would continue to comply with EU customs regulations and EU internal market rules, thereby avoiding a hard border on the island of Ireland. Customs controls are instead to be carried out between Northern Ireland and the British Isles.

What is the general mood in the country about Brexit?

In numerous surveys in recent years, there has been no clear change in the mind of the British. The mood seemed to be shifting a bit towards “staying in the EU”, but ultimately the “retainers” were usually only a few percentage points ahead of the “leavers”.

And given the long, tough and often heated debates in the UK, many Britons are tired of the issue: In a Yougov poll conducted in January, 41 percent of citizens surveyed said they had resigned themselves to the EU exit.

How is the economy doing?

Most companies also want clarity and an agreement that protects them from too much upheaval after leaving the EU. They fear that tariffs, tariffs, and new regulations will affect their business – at a time when they are already struggling to survive because of the corona crisis.

Bank of England experts recently warned that the UK’s economic output could plummet 14 percent this year, the most it has seen in 300 years. Small businesses will be particularly affected, Carolin Fairbairn, head of the CBI’s British business association, recently warned.

In addition to the pandemic, companies have “beyond their abilities to prepare for an abrupt and chaotic change in their relationship with the EU,” said Fairbairn. They are “not prepared in the beginning”.

There was often talk of a bank exodus in the wake of Brexit – did it take place?

Experts had predicted an upswing for the EU financial metropolises: Some 70,000 to 80,000 London bankers could come to Frankfurt, some predicted after the EU referendum in 2016. In fact, there are always reports that banks are relocating employees to the continent.

Most recently, the US major bank Citigroup had announced that it was relocating 250 jobs to continental Europe due to the Brexit. But according to the Frankfurt Main Finance branch, only around 1,500 jobs had been relocated by the end of 2019. How many bankers actually had to or have to move will only be seen in a few years – after all, there are institutes that prefer not to publicize such steps due to the political explosiveness.

What did the Brexit cost?

The costs of Brexit are difficult to quantify. Individual items are known, such as the cost of a UK government advertising campaign (£ 100m, £ 116m) or £ 45,000 to print the first version of the Brexit deal that Prime Minister Theresa May had negotiated and then again was stamped out.

But the financial consequences for the economy will be significantly higher. Experts have projected that the UK economy has grown by around 2.5 percent less since the 2016 referendum. This corresponds to a discount of £ 50 billion (€ 58 billion) a year.

This would result in lost economic growth of around £ 200 billion by the end of 2019, which (roughly speaking) would be almost as much as the membership fees that have flowed from London to Brussels in the past decades. However, calculating this exactly is not easy either, because in return for the membership fees, money in the form of various support flows back.

According to an extrapolation by the British Parliament, the United Kingdom paid £ 216 billion from 1973 to late 2018, adjusted for inflation.

What is the probability that the Brexit will be reversed?

In several surveys, the British were recently asked about the chances of a change of heart. Most people’s answer to the question “Should the United Kingdom become part of the EU or not?”: No. But as it seems to be the case with questions about Brexit, the people are deeply divided: in the latest survey by BMG Research in April, 43 percent were against EU membership and 47 percent were against it.

Also because Prime Minister Boris Johnson and his conservative government party are in favor of saying goodbye, it is unlikely that a U-turn will soon occur and Britain wants to become an EU member again. Even the largest opposition party, Labor, does not want to campaign for re-entry in the next few years.

As Michael Heseltine, grand seigneur of British politics and until recently advocate of EU membership, said when asked about the possibility of returning to the EU: “The issue is not through, but it will not happen to my generation. It will be 20 years or more before the topic comes up again. ”