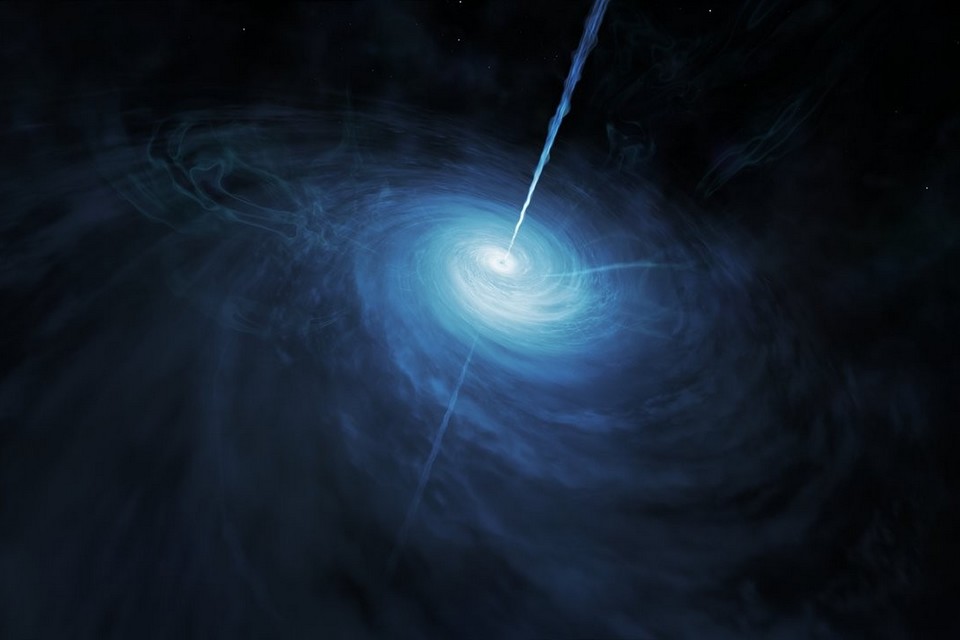 When P172 + 18 launched its light towards Earth, the Universe was only 780 million years old; located 13 billion light years away, it is the most distant radio jet emitter quasar ever discovered, thanks to the European Southern Observatory’s Very Large Telescope (VLT).

One quasi-stellar radio source (quasi-stellar radio source) is actually a supermassive black hole, with billions of solar masses. The gas that surrounds it (the so-called accretion disk) is, due to the interaction with the immense gravity of the singularity, accelerated in such a way that it reaches extremely high speed and temperature, which generates an unimaginable amount of energy, expelled in the form of radiation , such as visible light and radio waves. 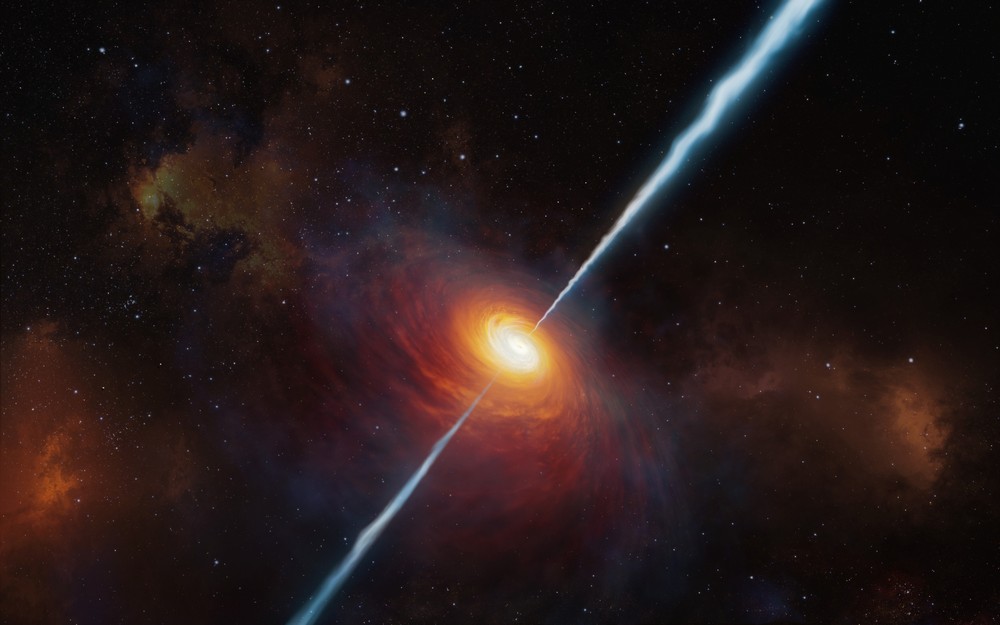 They are the largest energy emissions in the cosmos, and can even eclipse the brightness of the galaxies that contain them. The quasar P172 + 18 is one of the ones that launch huge jets of radio waves towards the Earth, and this is how it was captured by astronomers. There are quasars more distant from us than this one (J0313-1806 is 13.06 billion light years away), but this is the first discovery that emits radio bursts from the dawn of the cosmos.

“As soon as we obtained the data, we did a visual inspection and immediately knew that we had discovered the most distant quasar radio transmitter known so far,” said astrophysicist Eduardo Bañados, from the Max Planck Institute for Astronomy in Germany and a team leader (along with ESO astronomer Chiara Mazzucchelli) who discovered the P172 + 18.

This quasar is formed by a singularity 300 million times more massive than the Sun. “The black hole is growing at one of the highest rates ever observed, pulling and swallowing the surrounding matter with its gravity,” said Mazzucchelli.

The growth of this quasar may be being driven by its own structure: according to the researchers, the radiation jets, when interacting with the surrounding gases, would push them towards the black hole, being then engulfed by immense gravity.

The fact that they are so far in the past and so close to the Big Bang, at the same time that they are supermassive black holes, expelling monstrous amounts of energy, makes us question what is known about the formation of singularities and how they accumulate matter.

If the age is correct, P172 + 18, J0313-1806 or other supermassive and equally distant quasars could have accumulated so much mass, with only hundreds of millions of years separating them from the Big Bang. 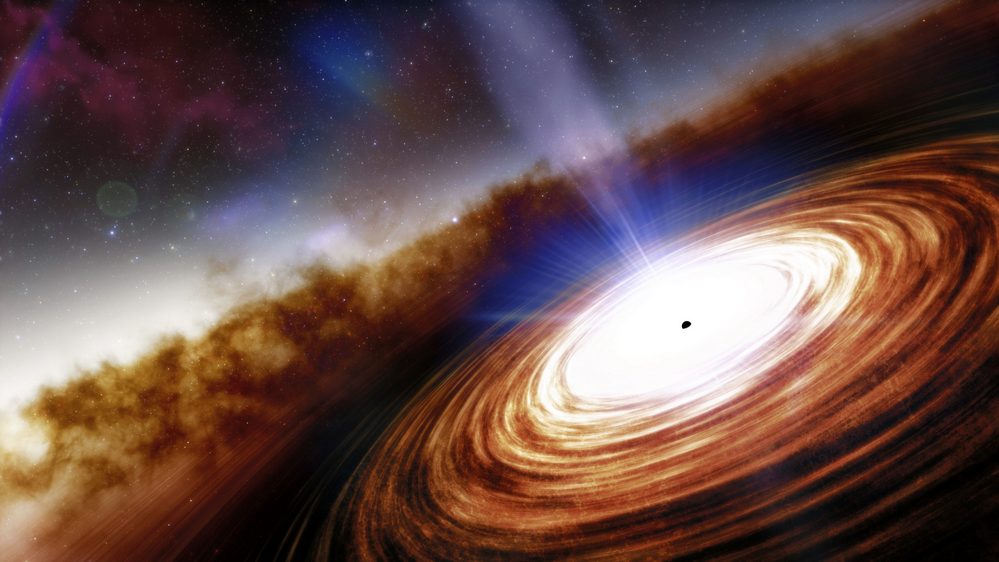 According to what we know about black holes, J0313-1806 should be much smaller than it is.Source: NOIRLab / NSF / AURA / J. da Silva / Press Release

According to the team of researchers who discovered J0313-1806, if the black hole in the center of this quasar had formed a hundred million years after the Big Bang explosion, as it is supposed, it would have 10,000 solar masses, not 1.6 billion.)

One of the hypotheses to explain this monstrous size would be that, when the stars emerged from clouds of dust and gas, some clusters that formed ended up colliding with each other; with the agglutination, immense singularities were formed – they would have been born supermassives. Another current suggests that there was more abundance of stars for these black holes to swallow.

“I find it very exciting to discover ‘new’ black holes and get one more piece in the puzzle, which is the understanding of the primordial Universe, where we came from and, finally, about ourselves,” said Mazzucchelli.

According to Banãdos, “we believe that the P172 + 18 may be the first of many quasars with a strong radio emission to be found, perhaps over even greater cosmological distances. This discovery makes me optimistic; I hope that the distance record will be broken soon ”.