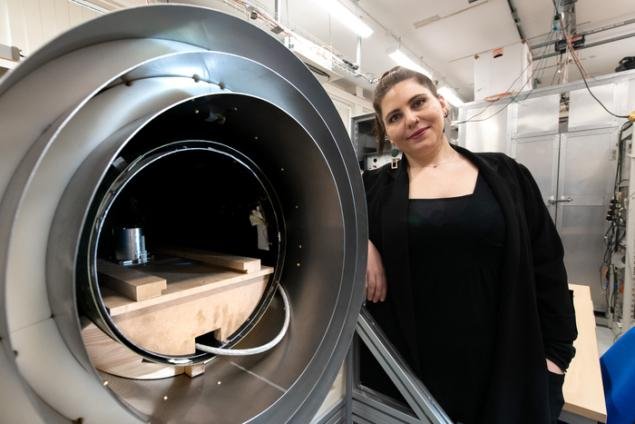 Scientists have created a new sensor that can help doctors detect cases of dementia, such as the onset of Alzheimer’s or Parkinson’s disease. For this, they used equipment based on quantum technology that allowed them to increase the sensitivity of the analyses.

The expectation is that the new sensors will be used in future research and will help expand our knowledge of how the brain works. The discovery was published in Scientific Reports, scientific journal that belongs to the Nature group. 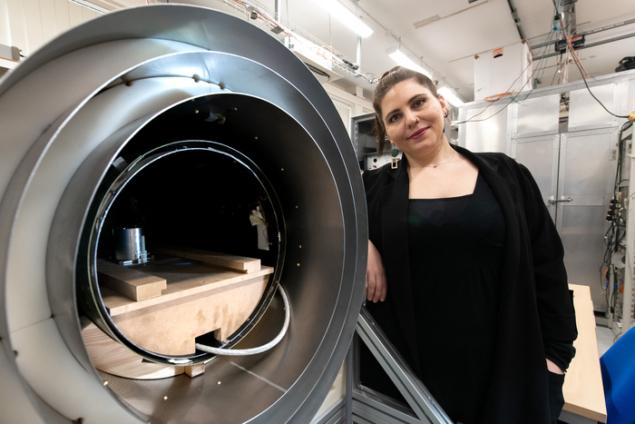 Aikaterini Gialopsou, PhD student who developed the new sensor, next to the equipment (Source: University fo Sussex/Reproduction)Fonte:  University of Sussex

The sensor is based on technology with a science-fiction name: magnetoencephalography (MEG). Despite having a complicated name, the term comes from the simple idea of ​​tracking the brain’s electrical signals transmitted between neurons.

When these signals are emitted, each neuron generates a very weak magnetic field. If we detect these fields, with very sensitive equipment, we are able to create a map of how the brain works.

Abnormal behavior of these signs can be indicative of brain problems like Parkinson’s, Alzheimer’s and autism. Most of these diseases still have no cure, but early diagnosis and proper treatment can slow their progression and even reverse their symptoms.

It is still difficult to map brain activity in time and space simultaneously, and this is a big problem for scientists. It was only possible to follow one or another of these characteristics at a time, until the appearance of MEG.

Since then, it has become possible to observe the brain in real time and with high spatial resolution. But this technique has two major drawbacks. First, a special room capable of isolating all magnetic noise from the outside is needed, as brain signals are very weak compared to external fields.

Second, to function, MEG systems make use of superconductors, which only work at very low temperatures. Therefore, they need a large cryogenic refrigeration system, below zero degrees. This means that the equipment cannot be placed close to the patient’s head, generating a very high resolution limitation.

That’s why scientists decided to incorporate quantum physics into the equipment. They used devices with even more fancy names, the optically pumped magnetometers, which, in practice, allow the detection of the magnetic field without the use of superconductors, that is, without the need for such great cooling.

The researchers, from the University of Sussex, UK, compared the new equipment with existing old technology. The results were encouraging.

“We found that this quantum detection technique can combine high spatial and temporal resolution”, says Peter Kruger, professor responsible for the project, to the website Physics World. “While previous techniques were able to locate signals in the brain, this is the first to record the precise timing of brain signals.”

In the future, they want to further improve the quality of the obtained images. For that, they will increase the number of sensors in the equipment. This, however, is a big challenge, as it is not enough to insert them side by side as this leads to overheating and short circuiting.

To solve this problem, researchers will once again rely on creativity. And who knows, quantum physics can also help again?