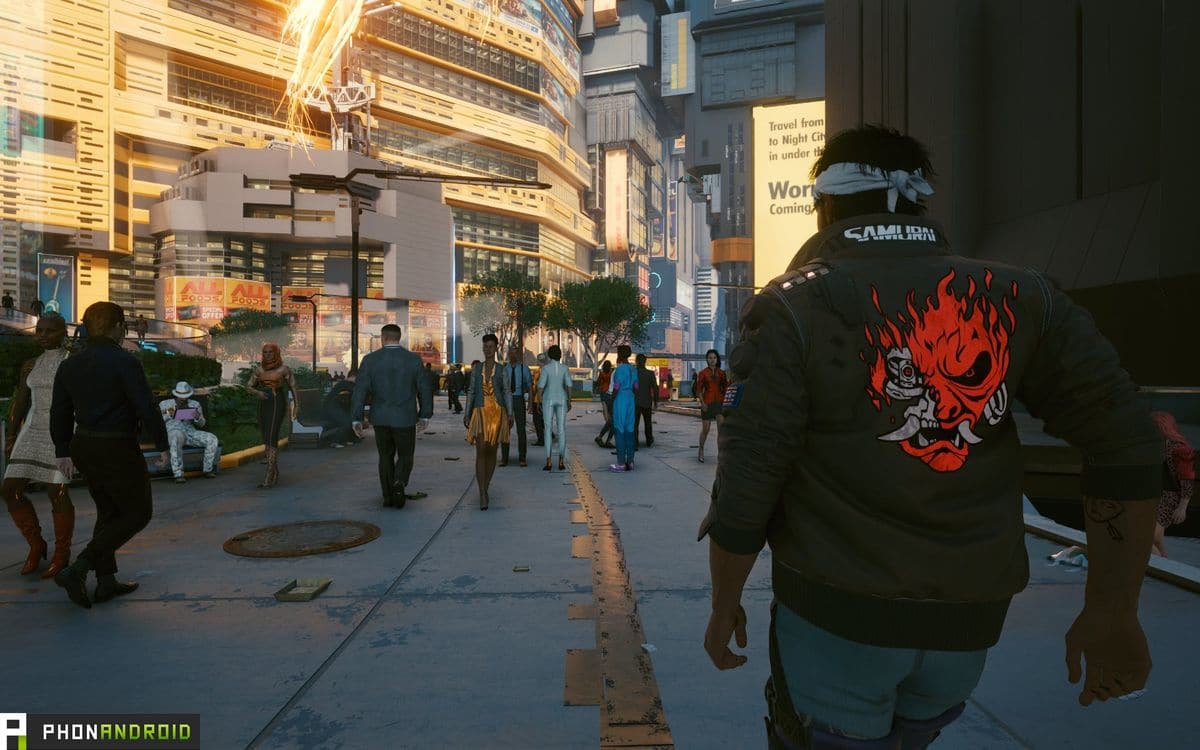 Cyberpunk 2077 should benefit from a next-gen version exploiting the technical capacities of the PS5 and the Xbox Series X. This will not arrive before the second half of the year 2021. CD Projekt announced it in a long video in which its CEO also presents his apologies for the current state of the game.

Cyberpunk 2077 had an extremely complicated release. Between technical bugs, unplayable console versions and a game ultimately not so revolutionary as that, the CD Projekt studio has been singled out by the press, gamers and investors. Studio CEO Marcin Iwiński finally spoke in a long video. He apologizes and gives indications on the future of the game.

The priority of CD Projekt is of course the technical improvement of the title, especially on the PS4 and Xbox One versions. Two big patches have already been deployed, and many more will arrive in the coming weeks. The next one is due in ten days, according to Marcin Iwiński. He also said that the free DLC will be well deployed in 2021. These were to be released shortly after the game, but the situation being what it is, we will have to wait a little longer.

CD Projekt also mentions the next-gen patch. Cyberpunk has been released as a PS4 and Xbox One version and runs on newer consoles, but is not yet fully utilizing their technical capabilities. This will be done via a (free) patch which should initially arrive in the first months of 2021. Finally, we will have to wait the second half of the year to download it. CD Projekt doesn’t give much details, just releasing a table where we see this patch placed at the end of 2021. 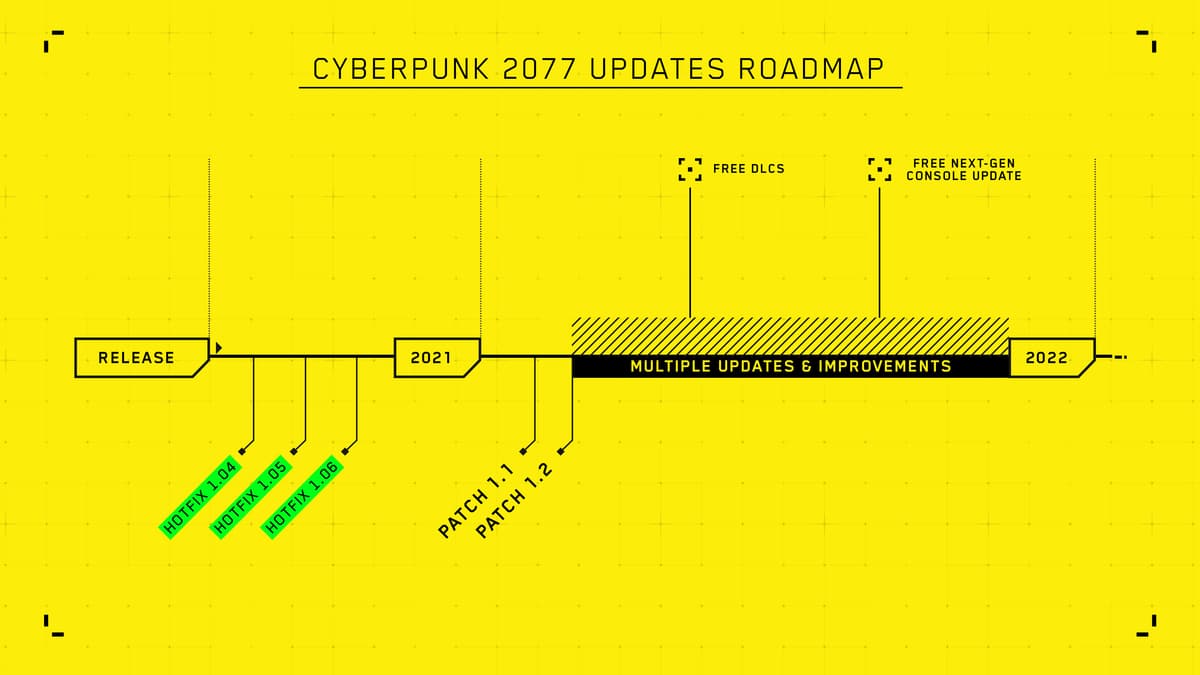 CD Projekt apologizes and ensures Cyberpunk 2077 will not be abandoned

This long video of over five minutes gave us details about the future, but not only. It is also the occasion for CD Projekt to apologize for the state of play and explain any difficulties. Marcin Iwiński assures him: he deeply regrets this whole story and hopes to regain the confidence of the players in the future.

“Based on our communication, you trusted us and pre-ordered the game. Despite good reviews on PC, the console version of Cyberpunk 2077 did not meet the quality standard we were aiming for. I and the whole team leading the development are very sorry and we are making this video for that. “

Over the course of the video, Marcin Iwiński explains that his teams did not realize the state of the console versions, blaming both encouraging tests and the difficulties associated with teleworking. Regardless, CD Projekt was confident to fix all of these issues in a Day One patch. It was not the case. Iwiński takes responsibility for this failure and specifies that it is the leaders of the studio who are at fault, and not the developers:

“Please don’t put the blame on our development teams for what happened. They are incredibly talented and dedicated to the job. I and the board are the sole decision makers and it was our decision to get out of the game. ”

This, of course, echoes some bad-intentioned people who harassed the developers during the release.

Finally, Marcin Iwiński returns to the review versions of the game. The PC version, the most successful, had been sent in advance to the editorial staff for testing. Were the console versions sent on December 8, or only two days before the release. It wasn’t a way to hide the state of the game, according to the studio, but to wait until it was finished before showing it. The excuse seems a little hard to swallow.

In any case, Cyberpunk 2077 will not be abandoned. The studio does not intend to change its plans, that is to say operate it over several years, as it had been for The Wicther 3. It takes a bit longer to start up, that’s all. As a reminder, Cyberpunk 2077 should benefit from a multi mode around 2022 as well as extensive DLC, just like The Witcher 3 before it.