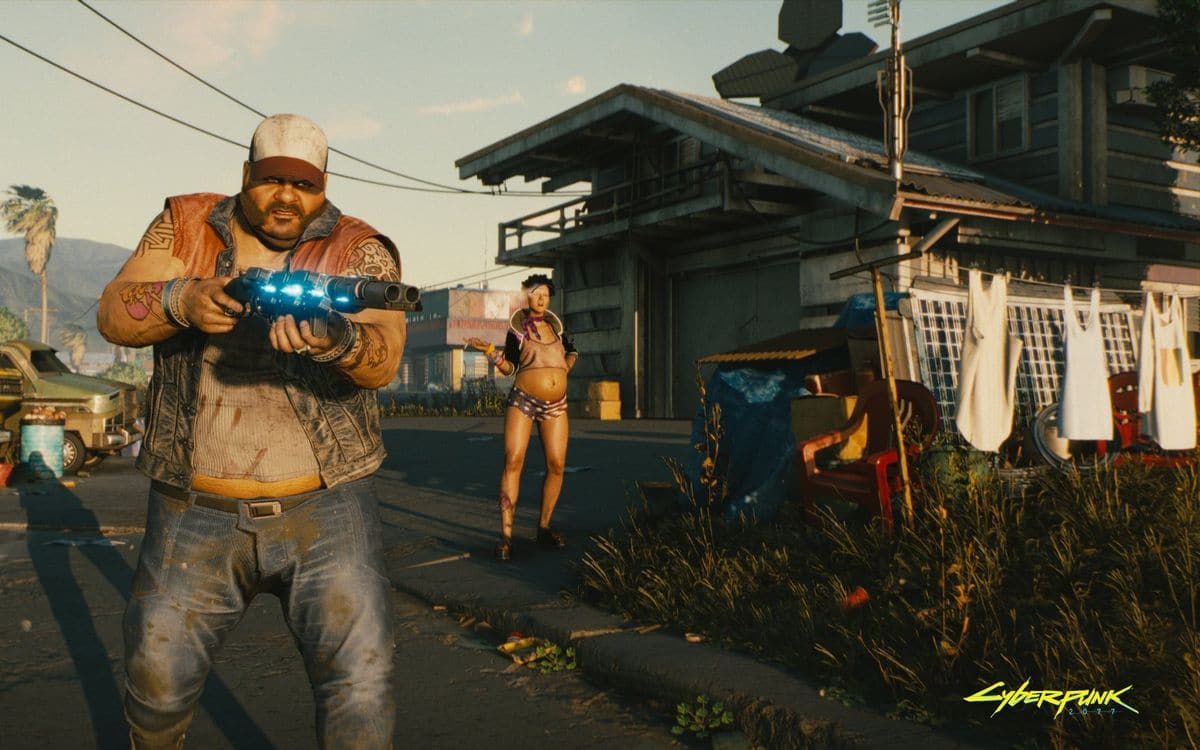 Cyberpunk 2077 has been released on PC and consoles. On PS4 Pro, PS5, Xbox One X, and Xbox Series X, the game runs correctly. However, gamers have witnessed the abysmal state of play on the original PS4 and Xbox One. On these consoles, the title suffers from huge technical problems, sometimes making it almost unplayable.

Cyberpunk 2077 is finally out, after eight years of waiting! The game is available on PC, through the GOG and Steam platforms, and offers high-end graphics if you have the necessary configuration. On PS4 Pro and Xbox One X, it is visually successful, like PS5 and Xbox Series X (which use backward compatibility). On the other hand, things get complicated when the game runs on the normal PS4 and the first Xbox One. Indeed, players have seen poor performance on these platforms which struggle to display correct graphics in-game. Moreover, the title becomes unplayable, with many slowdowns marring the experience.

Digital Foundry and Eurogamer analyzed the game on its “fat” PS4 version and their findings are clear: this version is clearly at a discount compared to the one on PS4 Pro. The game oscillates between a definition of 900p and 720p and reaches the maximum of 30 FPS. It might still be okay if there weren’t for drastic drops in framerate when walking the streets of Night City. Digital Foundry indicates, with video testing, that the number of frames per second is around 20 FPS outdoors, which clearly makes the game unplayable in the action phases. We must add to this the many bugs and freezes observed, which are common to all versions.

Our colleagues from Gamekult also tested the game on PS4 and the result is the same. On top of that, they saw NPCs that suddenly disappear, textures that load several seconds late, and most importantly, a graphically discounted game. The site talks about a “sacrificed version” and advises players who only have the PS4 or Xbox One not to play it on those platforms.

This isn’t the first time that a classic PS4 game has been sacrificed on the altar of the PS4 Pro. We remember that this was already the case for The Last Guardian, for example, which however remained playable on the oldest console. It is still extremely rare. When it comes to Cyberpunk, we are clearly facing a generational concern: the 2013 consoles no longer have enough steam to run the 2020 game properly.

Note that we have even tried the game on PC and that technically (apart from a few bugs), it is graphically very successful on this version and does not experience any framerate drops. It should be noted that on PS4 Pro (and therefore PS5), Cyberpunk 2077 runs in “performance” mode at 60 FPS, while the Xbox One X and Series X version also offers a “quality” mode. The latter blocks the framerate at 30 FPS but offers better graphics in 4K.

Cyberpunk is hands down the most anticipated game of the year. It was finally released that night, causing crashes on Steam and GOG. CD Projekt welcomes this launch and indicates that 8 million pre-orders have been fulfilled. 59% of players fell in love with the PC version, or 4.72 million. It thus sets the record for the largest launch ever on the platform, beating that of World of Warcraft Shadowlands, fresh, which was at 3.7 million. Note that 41% of pre-orders honored were on consoles. It remains to be seen what proportion of players play it on “classic” PS4 and Xbox One.

Cyberpunk is singled out for its technical concerns. Regarding the playful qualities of the title, all the tests agree that the game is successful in this segment, despite taking minimal risk. It currently peaks at 91/100 on the Metacritic site, which is an excellent score.