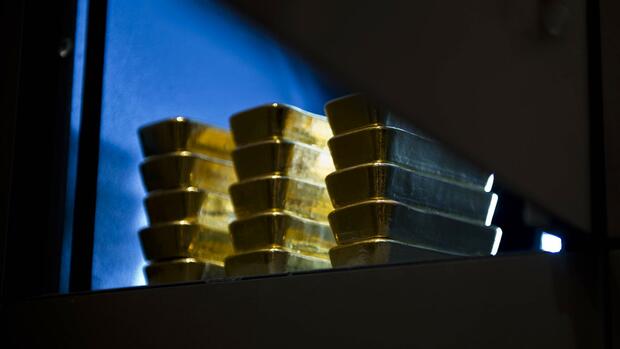 Frankfurt, Berlin Deni G. is a man for the rough. He was already in prison for robbery. On June 5, 2019, the Croatian entered a police station in Mainz to slander an alleged criminal. He identified himself as the agent of the Stuttgart gold trader Karatbars and filed a criminal complaint against a former business partner, Marvin Steinberg (32).

Steinberg was entrusted with the market launch of the Karatgold Coin (KBC), the supposedly gold-covered cryptocurrency with which the Karatbars group claimed up to 90 million euros through a foundation in Belize. At first everything went according to plan. The price of the KBC rose from 0.4 cents at the end of March 2018 to eleven cents at the beginning of July 2019, then it fell by more than 96 percent in one year.

In November 2019, the financial regulator Bafin finally ordered the KBC to be wound up in Germany. The foundation is suing. Such a legal dispute can unsettle investors.

But Karatbars believes that someone else is to blame for the slump: Marvin Steinberg. The ex-partner misappropriated 400 million coins worth at least 15 million euros and threw them on the market to lower the price. This is the version by company boss Harald Seiz (57). In November 2019, he told the Handelsblatt: “It focused on destroying us.”

The General Prosecutor’s Office in Koblenz has now intensively investigated the suspicion of infidelity. However, the result of the investigation, which is available to the Handelsblatt, becomes a boomerang for the Karatbars group. The authority has closed its proceedings against Steinberg. The ex-partner could not be proven to be punishable.

Bait for the investors

The authority’s conclusion is particularly delicate for Seiz: the promise of karat bars to secure bought coins with gold seems questionable. “According to the file, it is highly doubtful whether gold values ​​of any significant magnitude were actually available or whether this promise should only be used to” lure “investors.” present enormous loss of value of the KBC coin ”.

The gold trader has often had trouble with the authorities.

The authority also sees indications that make it doubt the credibility of everyone involved. For example, Deni G. and Seiz are “having a substantial criminal record, particularly for property crimes”. The Karatbars boss had recently granted criminal records for unlawful customer advertising and driving without a license.

What appears to be less serious is what was going on behind the scenes of Seiz companies according to the recruitment notice. This begins with the contract between Karatbars and Steinberg, in which “all competencies” for the development, sale and marketing of the KBC were transferred to the new partner. However, the officials were surprised that the paper was only four pages thick. Despite the multi-million euro plans (“market capitalization of at least 120 million euros”), no value was placed on regulating rights and obligations in detail.

Agreements were largely made verbally, which is why the agreements remained “nebulous” for the investigators until the end. Apparently, those responsible had noticed too late that Steinberg was “considerably overwhelmed” with the programming of the software for the cryptocurrency.

If it had been so, it would not be punishable, especially since Seiz hardly controlled his partner. Witnesses reported the Kripo that the Karatbars managing director was a man of the handshake. He gave Steinberg a lot of freedom. He in turn got started and then “sent screenshots more often”.

The lack of professionalism took its toll: in spring 2018, massive errors overshadowed the KBC distribution. “Many customers did not receive any coins despite payment, other customers received a multiple of the coins paid,” wrote the investigators. “The impression arises that the accused had simply lost track of everything here.” However, Steinberg tried to fix the errors manually and wrote to various customers by email.

A witness even reported that due to programming errors, 700 million coins were not given to customers, even though they had already paid for them. If one expects a price of 0.5 US cents per coin, as was requested at the start of the “Initial Coin Offering” (ICO) at the end of March 2018, then more than 30 million euros would have flowed without consideration.

This cannot be checked. According to the public prosecutor, individual bookings cannot be traced because the databases no longer existed.

The money was also easy for those responsible for Karatbars: Marvin Steinberg was equipped with a Bentley Continental as a company car by a partner company. Karatbars boss Harald Seiz, whose salary is supposedly 150,000 euros a month, staged his luxury life on Instagram: he posed on the hood of his Lamborghini, traveled to exotic locations and lived in a ten million euro villa in Sindelfingen. Many photos have now been deleted.

In December 2019, the gold trader advertised a Bugatti at the Essen Motor Show – the crisis at karat bars was already in full swing.

It is also striking that Seiz repeatedly stressed that the independent “Karatbit Foundation” in the Caribbean state of Belize was the issuer of the gold coins. Nobody can therefore reverse the KBC. Seiz announced that it would not accept the order from the financial regulator. The Foundation objected.

In the meantime, the opposition procedure has also been completed. The Bafin stayed with her line. Karatbars has to pay the money back to investors in Germany. The foundation is suing the Frankfurt Administrative Court, as the court confirmed.

But is the foundation really the issuer of the coin? Steinberg, who was responsible for the technical implementation and marketing of the gold coin, concluded the contract in Koblenz with the Stuttgart-based company Karatbars International. The authority also criticizes the Seiz company network. It is “complicated and opaque” – with headquarters of participating companies in Belize, Dubai and Singapore.

Instead of tidying up behind the scenes, CEO Seiz preferred to appear in promotional videos. In it he spoke of a mine in Madagascar with gigantic gold reserves, his own crypto bank in Florida, gold bars in Hong Kong vaults and a future exchange rate of 100 KBC to one gram of gold. He fueled the demand for the coins. Karatbars worked with a global sales structure.

After the Handelsblatt reported on the questionable promises earlier this year, Karatbars deleted the films from the YouTube channel. Repeated inquiries about the current gold stocks and where they are stored have not been answered by Seiz in the past few months.

When asked whether the Koblenz law enforcement officers would now initiate investigations against those responsible for the Karatbars group in light of the new findings, the authority referred the locally responsible public prosecutor’s office in Stuttgart. In Baden-Württemberg, however, law enforcement officers have been silent for months when asked about karat bars.

In an interview in 2018, Harald Seiz (in the video on the right) advertised an alleged gold mine and reserves in the billions.

He had waited a long time for the day, Steinberg told the Handelsblatt. “But I knew that the truth would eventually come to light.” His lawyer, Michael Heuchemer from Bendorf, emphasized how carefully the authorities had investigated. “The decision to hire completely confirms our view and clearly shows that those who may be illegal are to be found elsewhere in the ‘Karatbars universe’ than with my client.”

Heuchemer calls the reasons for hiring in Koblenz “impressive”. He has filed criminal charges for false suspicion, slander and defamation.

Deni G. did not answer questions about the results of the investigation. Harald Seiz had his lawyer, the Berlin press lawyer Johannes Eisenberg, answer some of the questions in the Handelsblatt. However, the lawyer restricted: He forbids “even the indirect journalistic use” of the information.

The months of uncertainty are far from over for investors who have subscribed to KBC. Marvin Steinberg, on the other hand, could actually tick off Karatbar’s episode with the termination of his proceedings. But even today, his commitment continues to have an impact.

In June 2019, the dispute with his client about allegedly missing gold coins escalated. Karatbars then pursued him with a civil lawsuit, which later failed in all instances. Steinberg also gave the investigators a record of the fact that he and his family felt “significantly threatened” by those responsible for Karatbars.

On a Saturday in mid-June 2019, shortly before midnight, strangers fired at least two shots at Steinberg’s car in an underground car park in the Zollhafen development area in Mainz. The incident went through the local press. His driver was not injured, otherwise nobody was in the car.

Although the Kripo set up the “Soko Customs Port” because of the attempted murder, there is no trace of the perpetrator until today. Steinberg told Handelsblatt that he suspected ex-business partners from the Karatbars empire.

In November, however, Seiz presented the Handelsblatt with its own version of what might have happened in Mainz. He confirmed that the Kripo had questioned him about this. However, he believes that the ex-partner staged the attack. “It’s faked, very simple, faked by himself. He does everything to destroy us so that he doesn’t have to justify himself.”

More: The crash of the gold coin.