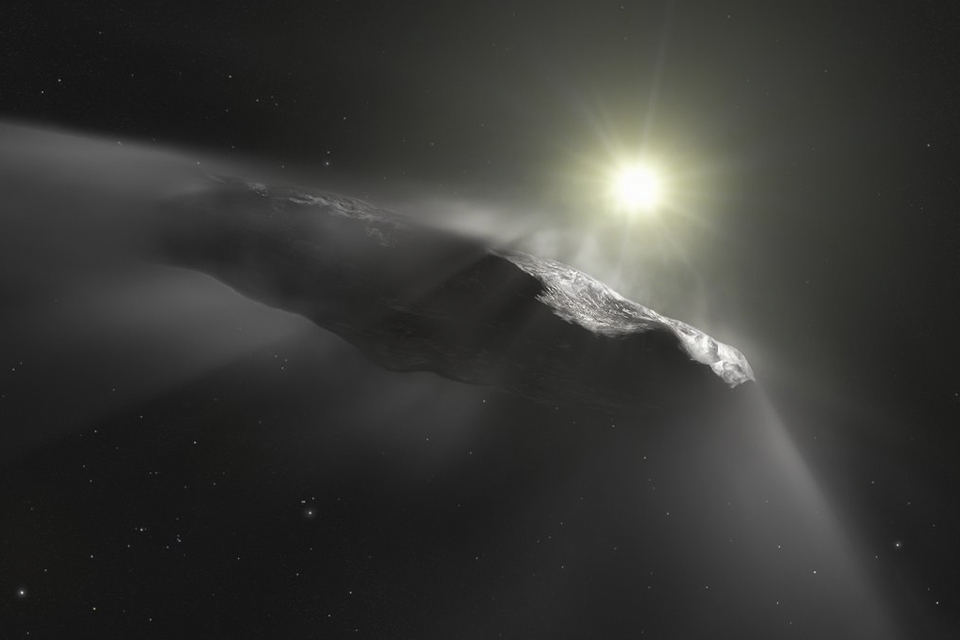 Astrophysicist Avi Loeb, from Harvard University (United States), created an initiative to search for traces of extraterrestrial technology in the Solar System. Called the Galileo Project, the effort aims to use existing telescopes and others currently under construction to search space for possible artifacts from advanced civilizations, as well as identify a possible visit of interstellar objects—natural or manufactured.

The project was also founded by Frank Laukien, CEO of Bruker Corporation — a manufacturer of scientific equipment. According to the creators, the scientific community needs to systematically and transparently determine possible evidence of alien origin in the Universe relatively close to Earth.

This position was triggered after the release of a report by the US Armed Forces on unidentified aerial phenomena and due to the detection of the Oumuamua, an object that some scientists theorized to be an extraterrestrial technological apparatus.

Physical properties of Oumuamua raised the hypothesis that it is an extraterrestrial technological objectSource:  European Southern Observatory/Reproduction

Thus, the Galileo Project has already received donations that reach almost US$ 2 million, an amount that the scholar says is enough to advance his work. The project has already formed a team composed of astronomers from various institutions and researchers from other related fields.

The next step will be to deploy dozens of telescopes, radars and infrared sensors at strategic positions around the globe to scan the skies for alien technology. These devices can produce high-quality images and discover the nature of objects, and should work in tandem with other projects related to the search for life in other parts of the Universe — such as Project Phoenix and Breakthrough Listen.

The Galileo Project initiative will seek traces of alien technology in the Solar SystemSource:  Harvard University/Reproduction

This makes the initiative act as an additional tool for equipment that analyze low-frequency radio signals, captured by terrestrial radio telescopes. The richness of the dataset can promote discoveries or, at least, better scientific explanations for new interstellar objects with anomalous properties, as well as being used in the identification of potential natural atmospheric phenomena.

The story of Oumuamua

Astronomers identified in 2017 the first interstellar object to visit the Solar System, using the Hawaiian Pan-STARRS 1 telescope. It has been traveling through space for millions of years — according to observations by NASA, Hubble and the Very Large Telescope in Chile — and it has properties highly unusual to those observed in other types of bodies, having a reddish and dark tone, metallic composition and elongated structure, with about 400 meters in length.

These characteristics led to the hypothesis that it is an extraterrestrial technological object, with rapid movement. The speed would be the result of solar heating on its strange surface, releasing gases and forming a typical comet trail.

Loeb points out that studying these types of objects could reveal the possible existence of intelligent civilizations outside Earth, and to prove this, he hopes to be able to work with companies and space agencies on missions towards an eventual encounter with an artifact of alien origin.