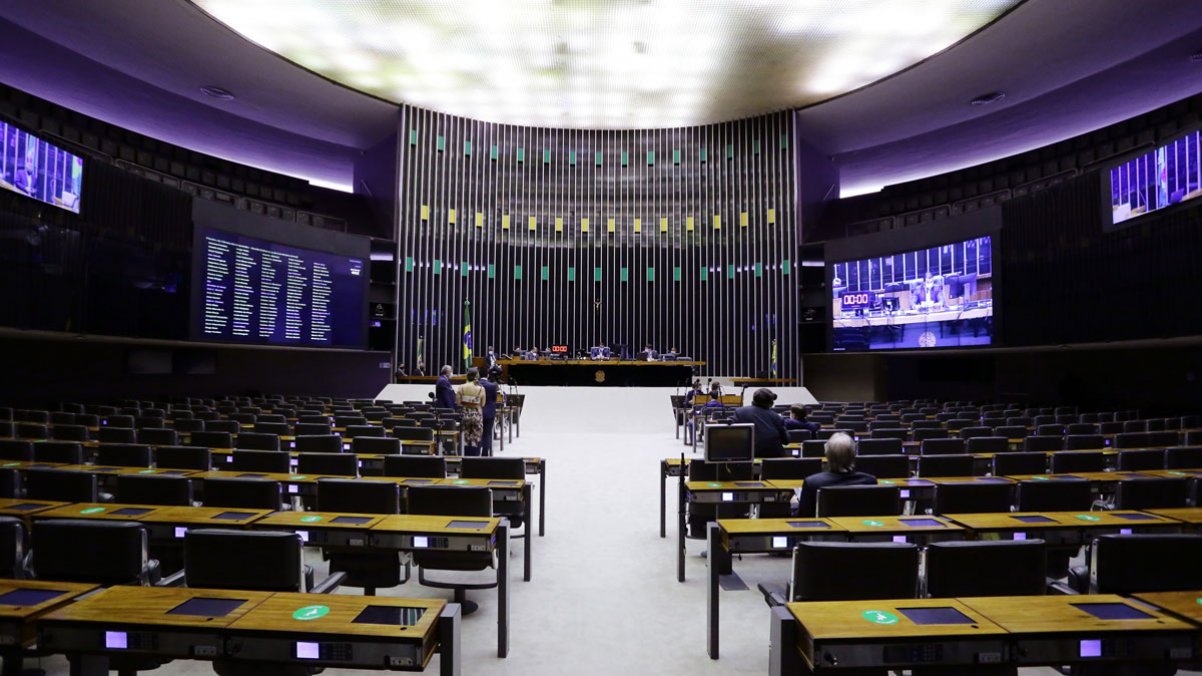 After the federal government hides data and microdata from the Enem (National High School Exam) and the 2021 School Census, a project by the Chamber of Deputies wants to modify the General Data Protection Law to prevent censorship of information about the state of Education. in Brazil. The proposal amends the LGPD so that data on children and adolescents are disclosed without authorization from a legal guardian, as long as they cannot be used to identify students.

The text (PL 242/22) was prepared by the deputies Tiago Mitraud (NOVO-MG) and Adriana Ventura (NOVO-SP). Last Thursday (31), an urgent request was approved to speed up the processing of the proposal in Congress, which still does not have a rapporteur. Now, it will be analyzed directly by the plenary of the Chamber of Deputies.

According to the current version of the LGPD, data from children or adolescents can only be used after the consent of at least one of those responsible, such as a parent. NOVO deputies emphasize that this was the justification given by Inep (Anísio Teixeira National Institute for Educational Research and Studies) to publish incomplete data on the 2021 School Census and on the 2020 Enem, in addition to taking the historical series on performance in the national exam.

“With the withdrawal of the historical series, even the available data from the 2021 School Census and the 2020 Enem are insufficient to understand the evolution of learning and the conditions of education in the country”, highlight the NOVO deputies in justification of the PL. “In another sense, even the data available does not allow researchers to verify the individual performance of students in relation to their educational institution, because it is not possible to segment them by school”.

Parliamentarians believe that Inep had plenty of time to adapt to the requirements of the LGPD, as the law was passed in 2018. They argue that the body cannot use the data protection law as a justification for hiding information from the Enem or the series exam history.

Inep stated, in a note released on February 22, that the blocking of data from the Enem and the 2021 School Census would be due to the need for the municipality to adapt the disclosure of microdata to the LGPD. According to the entity, the information contained in the repository could be used to identify students and teachers — even without personal data, such as CPF, name, telephone number or address.

Entities speak out against use of LGPD by Inep

Entities linked to digital law and research in the field of Education spoke out against Inep’s justification for using the LGPD to censor data.

The Privacy and Data Protection and Technology and Innovation Commissions of the OAB (Brazilian Bar Association) in São Paulo said, in a note:

“This censorship makes it impossible, among several studies and applications, to produce research and establish public education policies, including those related to the impact of the pandemic on students and teachers across the country. […] More than that, the LGPD cannot be used to interfere in the execution of public policies, nor to suppress access to information that is of general interest related to the execution of public policies and constitutional provisions, such as education.”

For the OAB-SP commissions, the data protection law has been increasingly used to restrict access to public data. For the bar association, this use must be repudiated, because the LGPD represents “an enormous advance to the rights of citizens”.

As for the Forum for the Right to Access to Public Information — a coalition with 25 entities directed by the NGO Transparência Brasil — Inep’s decision is equivocal and compromises the transparency of public policies in the area of ​​Education.

“We need to weigh benefits against possible risks. In the case of Inep’s microdata, the benefits of already anonymized data have been in place for more than a decade, and generate immense value for society.” — Forum on the Right of Access to Public Information, in a statement

According to data from Transparência Brasil, the Bolsonaro government responds, on average, to fewer requests for access to information via LAI (Access to Information Law) than previous governments. In 20% of these denials, LGPD was used as a pretext to prevent access to federal government data. In an interview with technoblogthe lawyer specialized in digital law Adriano Mendes, the two legislations do not prevent the disclosure of data or the investigation of any irregularity.

With information: Chamber of Deputies