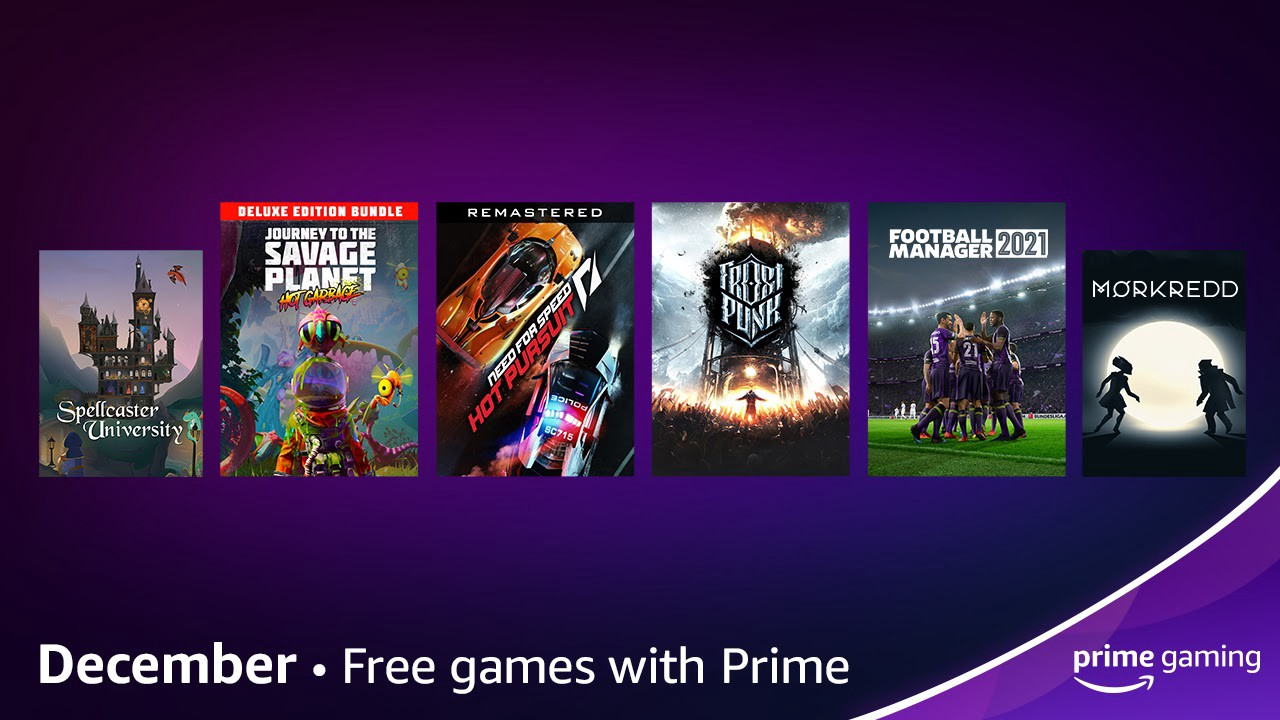 The list of free games for the month of December for Amazon Prime Gaming members has been announced featuring popular titles from different genres. In all, the platform offers 9 games that can be added to your account and played directly on your PC, in addition to other exclusive content. See below for more details on the titles offered by Prime Gaming.

The famous title of the saga Need For Speed will be available for free in December for anyone who wants to redeem. Originally released in 2010 and remastered in 2020, the game offers the possibility for the user to play both as a fugitive and a police officer in two different career modes. In addition, the game has a lot of famous and fast cars like in all the games in the series.

Originally released in 2018, Frostpunk is a game that mixes city building mechanics with survival simulator. The mission is to create the last habitable city in a frozen post-apocalyptic world and ensure the community survives at all costs. During the campaign, the weather will become increasingly unbearable, and the player will have to make moral and ethical decisions to protect all the inhabitants of the city.

Journey to the Savage Planet

Published by 505 Games, Journey to the Savage Planet is an adventure game that puts you on interstellar travel and in contact with different forms of life. The game brings a series of challenges on each new planet and also offers the possibility to play online with friends.

For those who love puzzles, Morkredd is a game of the genre that can bring some challenges. The game was also released in 2020 and applies the principles of physics to mix challenging puzzles, such as the delicate balance between light and shadows. The indie game can be played in cooperative mode with up to two people.

Released in 2019, Spellcaster University is a simulation game that puts you in a university for wizards. — just like in Harry Potter. In the game, you are the owner of the school, being able to build rooms, manage your budget and train students to fight the dark arts. The game works in card deck style and can be a good option for fans of the genre.

Want to know how complicated life is for a Youtuber? In Youtubers Life, you can create videos, publish them on the platform, gain subscribers, in addition to going to events, interacting with your fans. The simulation game was released in 2016 and offers the experience of a content creator. Grow your channel to try to become the most successful YouTuber on the planet!

Stubbs the Zombie in Rebel Without a Pulse

With comic features, Stubbs the Zombie is a third-person action game that puts you in the shoes of a zombie in search of human brains. Travel back in time to 1959 in the town of Punchbowl, Pennsylvania, where law and order are not enough for a dead man. The game was published by Aspyr Media in 2005.

Tales os Monkey Island is another game considered classic offered by Prime Gaming in December. Released in 2009, the game puts you on a mission to rid the pirate LeChuck of a demon by taking on the role of Guybrush Threepwood who accidentally infects the entire Caribbean. The adventure game is lightweight and offers a story mode with five chapters.

In addition to the December Prime Gaming free games, extra and exclusive content is also part of the catalog for players. Check out the highlights: