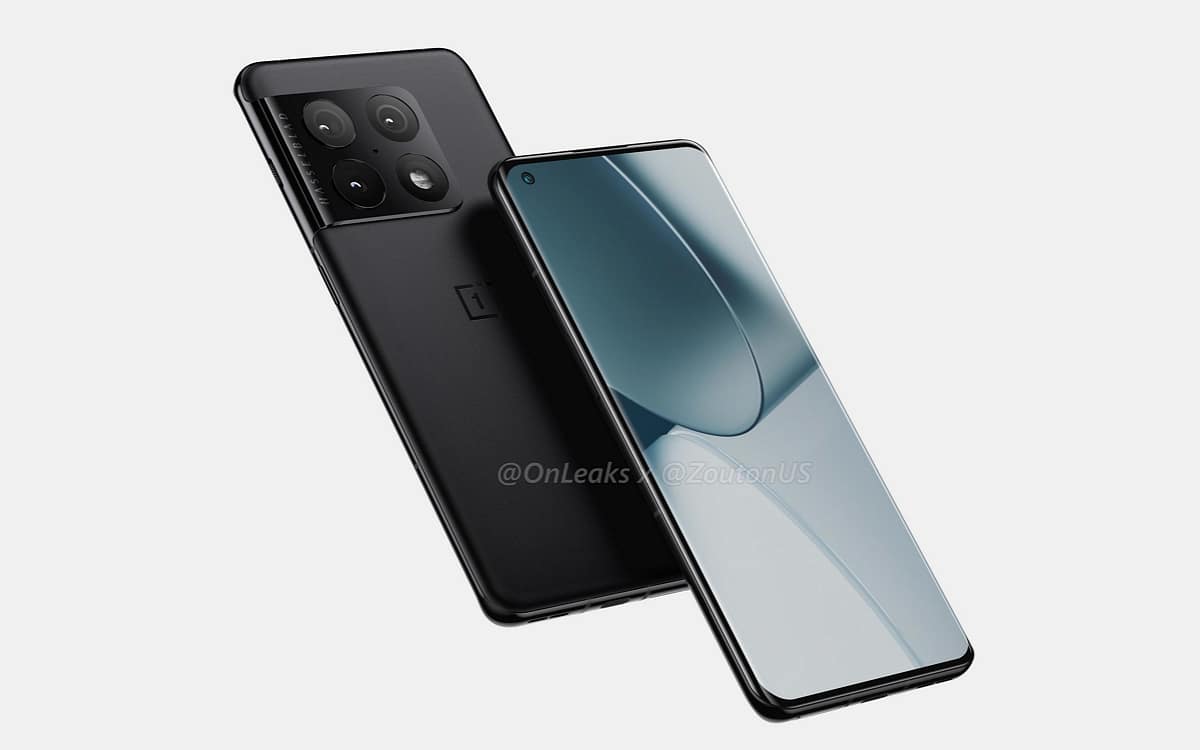 OnePlus is preparing two new high-end smartphones for 2022, the OnePlus 10 and OnePlus 10 Pro. Without being revolutionary, this new generation will bring welcome minor improvements. Here’s everything to expect.

As was the case in 2021, OnePlus is expected to unveil two new 2022 smartphones, the OnePlus 10 and 10 Pro. They will be the direct successors of the OnePlus 9 and OnePlus 9 Pro, and should still offer a convincing price-performance ratio in the high-end segment.

📅 When are the OnePlus 10 coming out?

OnePlus unveiled its OnePlus 9 and 9 Pro at the end of March 2021, and the new generation OnePlus 10 is expected to be released around the same time. According to leaker Max Jambor, OnePlus plans to unveil its smartphones in France in March or April 2022, but we will have to wait a little longer before knowing the precise date.

As smartphones will first be launched in China, we should know at the start of the year whether or not OnePlus will increase the price of its high-end devices in 2022. The OnePlus 9 and 9 Pro had been marketed in China at 3,799 yuan (530 euros) and 4,999 yuan (697 euros), respectively.

OnePlus will make significant changes to the design of its OnePlus 10 and 10 Pro. Indeed, according to the first detailed renderings shared by the famous leaker OnLeaks, OnePlus would opt this year for a new design on the back of smartphones, which would better distinguish it from its competitors.

Indeed, the OnePlus 10 Pro will host a huge square photo module rather than rectangular. It overflows on the edge of the smartphone like that of the Galaxy S21, and we can see the Hasselblad logo. As a reminder, since the release of OnePlus 9, the Chinese manufacturer has signed a 3-year partnership with the Swedish brand. The rest of the smartphone is almost identical to its predecessor, we will find on the front a screen with a punch in the upper left corner, and the smartphone will be IP68 certified.

🔲 Which screen for the OnePlus 10?

According to information from OnLeaks, the screen of the OnePlus 10 Pro will not be much different from that of the OnePlus 9 Pro. Indeed, we would always find a 6.7-inch QHD + panel with a maximum frequency of 120 Hz. It will also use the technology LTPO (low-temperature polycrystalline oxide thin-film transistor), which dynamically varies the refresh rate from 10 Hz to 120 Hz depending on the displayed content to save battery.

For now, we have no information about the screen of the classic OnePlus 10, but the OnePlus 9 used it a 6.55-inch FHD + 120 Hz display. We still hope that the screens of the two high-end smartphones will this time be protected by glass. Gorilla Glass Victus as is the case with most of their competitors, rather than Gorilla Glass 5.

🚀 What performance for the OnePlus 10?

The OnePlus 10 and 10 Pro will offer top-flight performance again in 2022, as they will be powered by the next high-end chip from Qualcomm Snapdragon 8 Gen 1, which we know by its model number SM8450 and its code name “Waipo”. She will made by Samsung and engraved in 4 nm just like the MediaTek Dimensity 9000, which is a little more powerful thanks to a slightly more advanced engraving process signed TSMC.

The SoC will use the new ARM V9 architecture, which promises up to 30% more performance compared to the Snapdragon 888 of the OnePlus 9 Pro. The CPU should use a total of 8 cores, of which 1 high-performance Cortex-X2 core at 3.0 GHz, three Cortex-A710 cores at 2.50 GHz as well as 4 energy-efficient Cortex-A510 cores at 1.79 GHz. All are much more energy efficient than the previous generation, so we should be entitled to a small gain in autonomy.

On the GPU side, the Snapdragon 8 Gen 1 will use a Adreno 730. The latter would offer a significant performance gain over the previous generation Adreno 660, and could support ray-tracing. Finally, we know that the OnePlus 10 and 10 Pro will be powered by 8 or 12 Go RAM and 128 or 256 GB of storage depending on the configuration chosen.

On the fast charging side, the OnePlus 9 and 9 Pro benefited from a 65W Warp Charge 65T wired charging, and it could be the same on this new generation. However, we had been able to see that the next OPPO Find X4 Pro was going to use it 80W fast charging, so it could be that OnePlus uses such fast charging, since the two companies often share the same technologies. Both smartphones will also be compatible with wireless charging.

The photo configuration of the OnePlus 10 and 10 Pro would not be radically different from the OnePlus 9. According to information from OnLeaks, the OnePlus 10 Pro would bet this year on 3 sensors rather than 4, since the smartphone will drop the 2 MP macro sensor. Like its competitors, we imagine that it is the ultra wide-angle sensor that will take care of the macro photos.

We will therefore find a 48 MP main sensor, a 50 MP ultra wide-angle sensor and a 8 MP telephoto lens. It could be the same sensors as last year. For its part, the OnePlus 10 should also keep a photo part similar to the OnePlus 9.