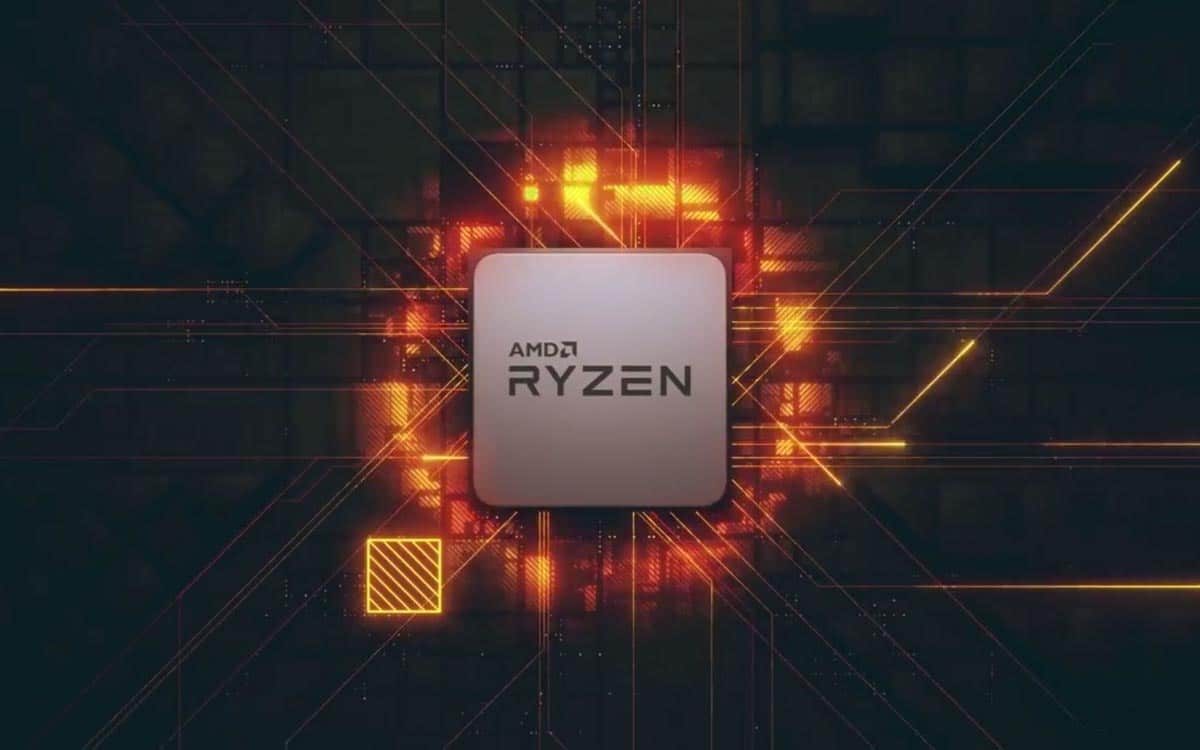 AMD’s Ryzen 4000 processors, based on the new Zen 3 architecture, will soon be officially unveiled. Will AMD once again strike hard against Intel? Will its CPUs finally be better suited for gaming? Here is everything we know for the moment.

AMD is the new king of PC processors, overtaking Intel in both performance and price. It is therefore quite logical that we are impatiently awaiting what the American founder has in store for its new generation of CPU, the Ryzen 4000 series. Architecture, technical specifications, performance, price, release date, we list in this article. file everything there is to know about the processors that will be running our computers in a few months.

Before we go any further, let’s get it straight. We will discuss in this paper the AMD processors for desktop which will be based on the new Zen 3 architecture. There are already Ryzen 4000 series for laptops, but which exploit the Zen 2 architecture. We are not interested in these here. .

To avoid confusion with the general public, it is rumored that AMD could also opt for the name Ryzen 5000 for its future desktop PC processors. It is true that having Ryzen 4000 Zen 2 for laptops and Ryzen 4000 Zen 3 for desktop in the catalog could unnecessarily confuse consumers, even if fans of the genre are used to this kind of two-tiered nomenclature at AMD.

What is the release date for the Ryzen 4000?

It’s official, AMD has announced that its Ryzen 4000 will be presented in due form on October 8, 2020. By this date, we should therefore have available the first reliable information regarding the availability of new processors under Zen 3.

A new era of cutting-edge performance is dawning in processors and graphics cards. The adventure begins on October 8. 🚀 pic.twitter.com/JV9xhiZaje

As usual, the details of the marketing will trickle down depending on whether we are interested in basic processors or custom versions personalized by the various manufacturers. But the first models should appear by the end of 2020. It may be necessary to wait until early 2021 for certain references.

AMD has built its success in the CPU market on excellent value for money compared to what Intel has offered so far. One can wonder what will be his strategy now that he is well installed. Will he take advantage of his advance to increase his prices? Or will it rather keep prices affordable to continue to calmly flood the market? We go for the second option instead, especially given that Intel has started to cut prices so as not to be completely overwhelmed. AMD will want to keep a certain competitive advantage while for the general public, the name of Intel resonates even more than its own.

While the price of Ryzen 3000 processors has plummeted in recent months, we’re expecting similar-to-this-generation pricing at launch for the Ryzen 4000 series.

Zen 3 architecture under the microscope

This is the great attraction of this new generation of CPU. While waiting for AMD to reveal everything we want to know about the Zen 3 architecture, here’s what we already know or suspect. What is certain is that the Zen 3 is manufactured using a 7nm engraving process based on TSMC’s 7nm MOSFET engraving, a slightly improved version compared to the 7nm of Zen 2. It will be necessary to wait for the Zen 4 architecture for switch to 5nm. 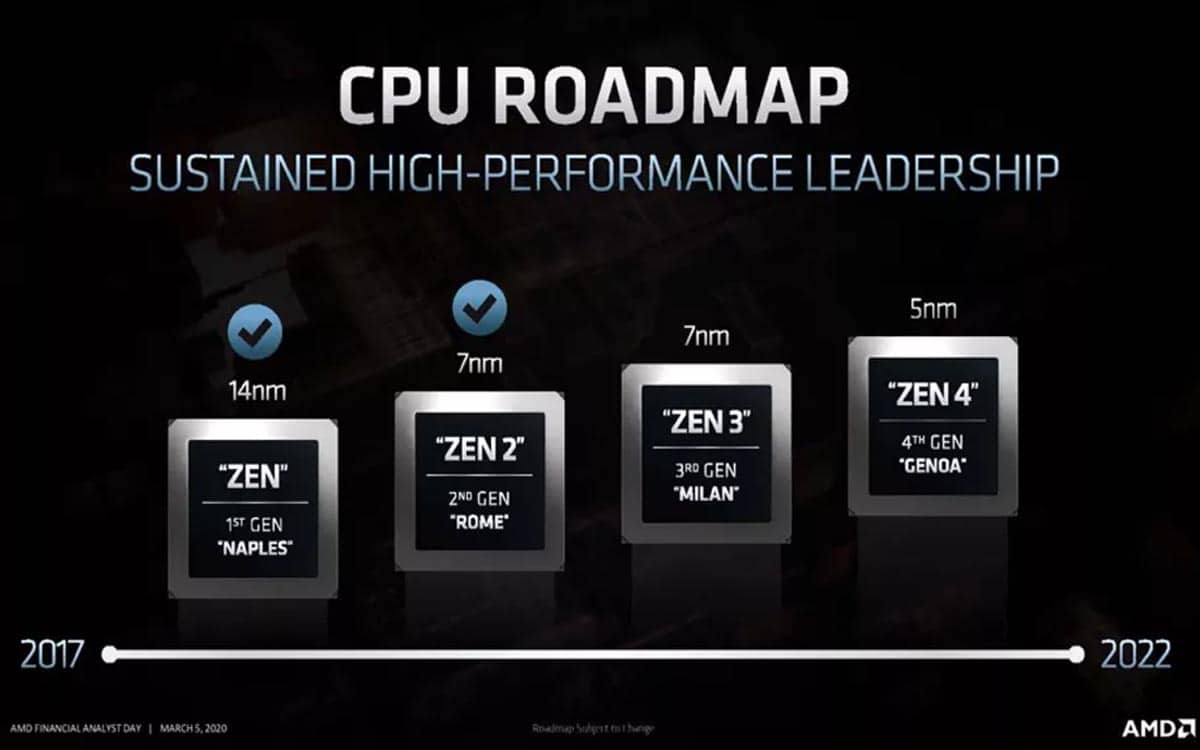 At first, AMD mentioned an engraving in 7nm +, suggesting a more advanced extreme ultraviolet (EUV) lithography process. In the end, it would not be. Consequently, we do not expect any change in the density of the transistors, while the UVV would have allowed an improvement in this area. Compared to the first generation of 7nm, we gain 10% energy efficiency as well as 7-8% performance.

With Zen 2, AMD combines two 4-core Compute Complexes (CCX) structures each comprising 16 MB of L3 cache memory. Zen 3 is expected to shake up this method by presenting a unified 8-core CCX structure with 32 MB of L3 cache memory. We could switch to the still very rare L4 cache memory with the Zen 4 architecture, but it is not for now. This new device has in any case the advantage of reducing the latency between the different cores. On the very high end, one or more models should benefit from 64 MB of L3 cache memory. 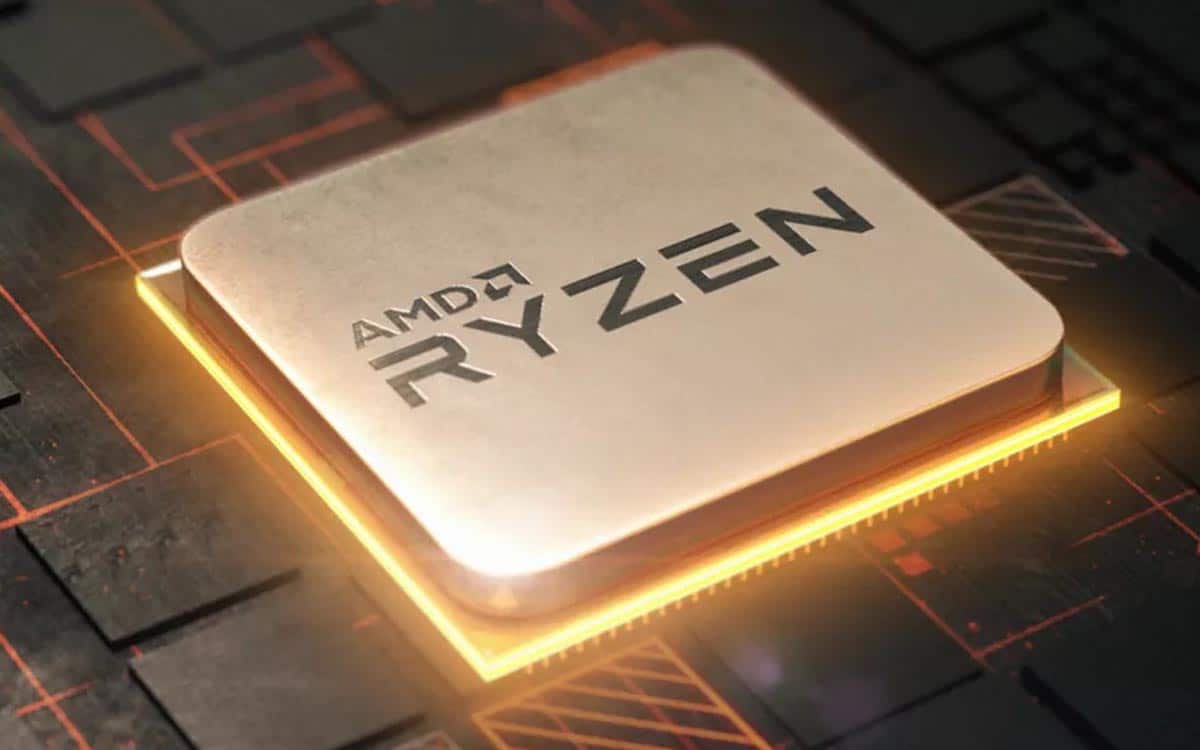 A leak from a developer working on Ryzen Zen 2 CPU overclocking management software tells us that one of the key features of the Zen 3 will be the Curve Optimizer. This would be a tool to configure the boost of Ryzen processors and customize the frequency of each core without any restrictions. AMD should also incorporate its technology Infinity Fabric on what the company calls “memory consistency”. This is to unify the data stored in the memory of the CPU and GPU to facilitate the work of developers and thus supposedly reduce the need for resources allocated to certain tasks.

Forrest Norrod, Senior Vice President and General Manager of the Data Center and Embedded Solutions Division at AMD, Promises a Performance Boost “In line with what is expected of an entirely new architecture”. Which does not really help us.

We will of course have to wait until the release of the tests and benchmarks before having a clear idea of ​​the difference between the Ryzen 3000 and 4000. We can expect a performance jump of between 15 and 20%, the majority being directly due to the performances in terms of instructions per clock cycle (IPC) and a smaller part coming from various optimizations concerning the frequencies. 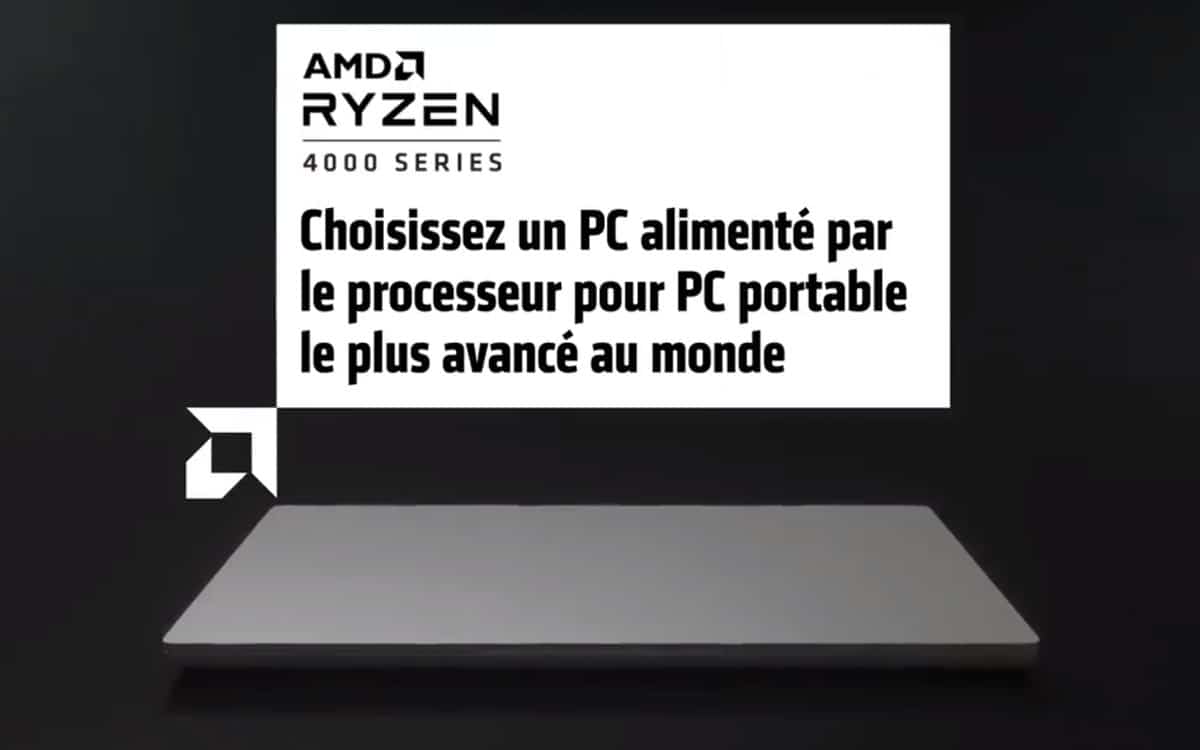 We hope that AMD will particularly focus on the single-core performance of its processors, which are undoubtedly their weak point in the current generations. However, it is the single-core that matters for gaming. If AMD seems capable of further multiplying the number of cores of its CPUs while Intel remains stuck on this point, that will not help it to convince players who will have little use. Nvidia has hit the GPU market hard with its GeForce RTX 3070, 3080 and 3090. We are awaiting a response from AMD, but AMD may struggle to compete. And with the expected success of the new RTX graphics cards, consumers might be tempted to pair their new GPU with an Intel processor better suited to what AMD offers us.

According to the German site igor’sLAB, this generation could just be the one that sees AMD catch up with Intel in this area. The same source explains that a premium Ryzen 9 4950X processor would ship a 16-core and 32-thread CPU with a boost mode clock rate that would reach the impressive amount of 4.8 GHz. As a reminder, the current “mainstream” champion is the Intel Core i9-10900K Comet Lake and its 5.3 GHz boost.