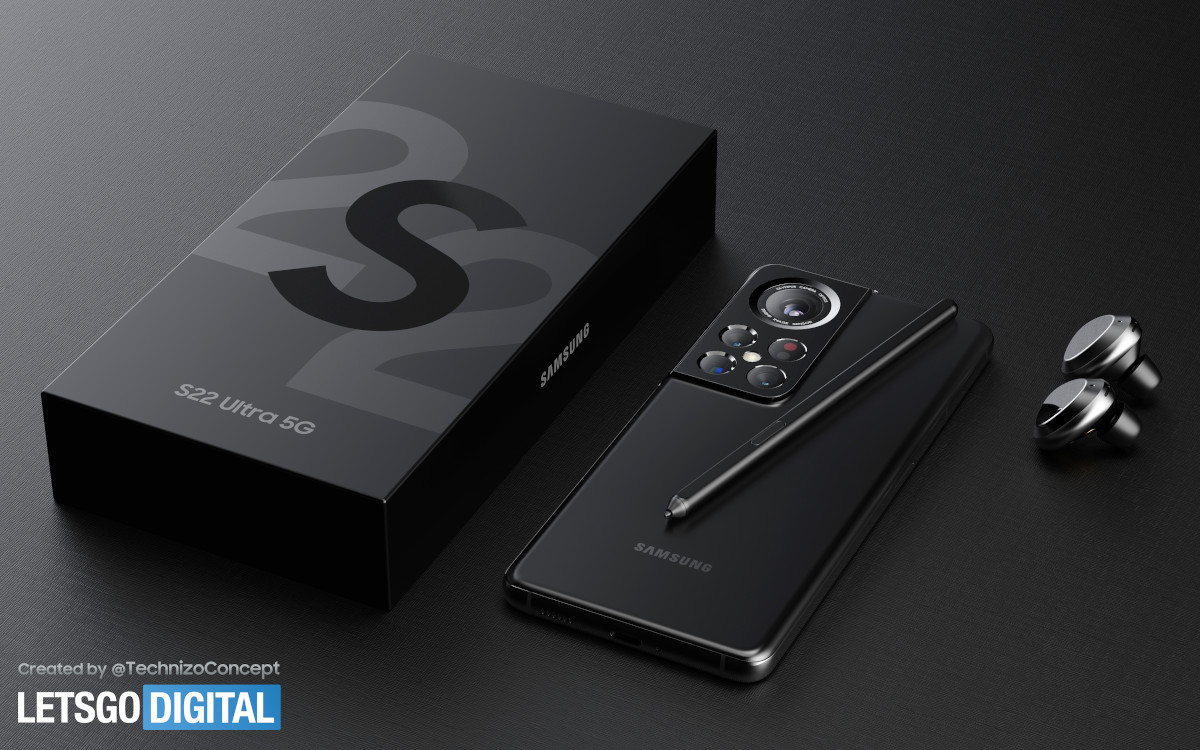 The Galaxy S22, S22 + and S22 Ultra will be Samsung’s new technological showcase, excluding foldable screen smartphones. Here is what to expect from this generation, which does not promise to be revolutionary, but which should perfect a formula that has proven itself.

The release of new smartphones from Samsung’s Galaxy S range is one of the major events in the Android mobile market and often sets the tone for the rest of the year. Between their new design and the technical improvements they embed, the Galaxy s22 are no exception to the rule.

📅 When is the Samsung Galaxy S22 released?

According to information from the media TheElec, the Galaxy S22 will be launched in January 2022, for marketing at the end of that same month or early February. Samsung plans to start production of smartphones in the series in November 2021 to build up its stocks.

As in previous years, three different models are expected: the Galaxy S22, S22 + and S22 Ultra. For its Galaxy S21, Samsung had slowed down the crazy price hike affecting premium smartphones in an attempt to convince the public to turn to its devices. The manufacturer should not increase its prices too much for the S22 in order to continue to be competitive against Xiaomi and Oppo, which are increasingly targeting the high-end segment. The prices have not leaked so far, so we model them on those of the Galaxy S21 before knowing more.

It should be noted that with the shortage of components, and in particular of semiconductors, the manufacturing prices of smartphones could increase, an increase which would certainly have repercussions on the final price of the products if it is true.

Accurate renders of the Galaxy S22 have yet to be released by our favorite leakers, but early echoes point to a design similar to that of Galaxy S21. The new generation of Samsung mobiles should not take advantage of the front camera under the screen, introduced for the first time by the brand with its folding, the Galaxy Z Fold 3.

If we are to believe FrontTron and IceUniverse, two reputable sources who have tuned their violin on this aspect, the screen of the Galaxy S22 and S22 + should use LTPS (low temperature poly-silicon) technology and would be smaller than that of their predecessors. We are talking about a 6.06 inch diagonal for the S22 (against 6.2 inches on the S21) and 6.55 inches for the S22 + (against 6.7 inches on the S21 +). the S22 Ultra would be entitled to a LTPO panel (low temperature polycrystalline oxide) of 6.81 inch, much like the S21 Ultra (6.8 inches).

Each smartphone in the series would benefit from a screen supporting a refresh rate of 120 Hz. Only the Galaxy S22 Ultra would offer display quality QHD + 1440p, the other two references being satisfied with a classic definition FHD + 1080p.

The Galaxy S22 Ultra will most likely be compatible with the S-Pen stylus, as was the case with the Galaxy S21 Ultra.

🚀 What performance for the Galaxy S22?

The smartphones of the Galaxy S range have the particularity of not being based on the same chips depending on the market in which they are released. Samsung designs its own Exynos SoCs, which can be found on mobiles sold in Europe and around the world, but is also supplied with Snapdragon chips from Qualcomm to equip devices intended for the United States or China. A difference in treatment that is felt in the performance and autonomy of the phones.

But in 2022, Samsung’s balance between Snapdragon and Exynos should be upset. According to the South Korean media Naver, the manufacturer is plagued by production difficulties. The release of the Galaxy S21 FE had to be postponed for this reason, and the number 1 smartphone market would not be in the capacity to produce enough Exynos 2200 chips to cover its usual needs. The Galaxy S22 should therefore benefit from a Snapdragon 898 SoC in most markets, with only a few countries keeping an Exynos SoC (the 2200 in this case). A priori, South Korea would switch to Snapdragron, we do not yet know if this will be the case for France. Bad timing for Samsung, which intended to compete with Qualcomm on the high-end chip market in 2022 with a GPU Exynos boosted by AMD’s RDNA 2 architecture.

The brand would also have drawn a line on improving the cooling system of its devices. Samsung was developing a steam chamber to handle the heat given off by the Galaxy S22, but the project was finally abandoned, because it was considered too expensive. We should therefore find a cooling technology similar to that used on the Galaxy S21, which tend to heat up during gaming sessions.

🔋 What is the autonomy of the Galaxy S22?

After several years of criticism regarding the autonomy of its premium smartphones, Samsung had somewhat rectified the situation with the Galaxy S21 series, in particular by increasing the capacity of the batteries. But it seems that the manufacturer is taking a step back this time. If the autonomy of the Galaxy S22 Ultra should be entrusted to a 5000 mAh battery, as on the S21 Ultra, the Galaxy S22 and S22 + would be equipped with a battery of 3800 and 4600 mAh respectively, against 4000 and 4800 mAh on the previous generation.

In return, Samsung could finally improve the wired charging speed of its devices, still stuck at 25W so far, while the competition has been democratizing 65W on the high end for some time now. The brand is in the process of testing a charging power of 65W for the three smartphones of the S22 series, but it is not yet certain that this will be validated for incorporation into the final products.

The S22, S22 + and S22 Ultra will also be compatible with induction charging and reverse wireless charging.

Like the Galaxy S21 and S21 +, the Galaxy S22 and S22 + are expected to share the same photo setup. The main sensor would go from 12 to 50 MP, and would be accompanied by a 12 MP ultra wide-angle (identical to the previous generation) and a 12 MP telephoto lens (against 64 MP on the S21), but with an optical zoom up to 3x, while ‘it was only hybrid on their predecessors.

The Galaxy S22 Ultra is not expected to change much, retaining a main lens of 108 MP (and not the 200 MP lens on which Samsung has worked). On the other hand, the two telephoto lenses should offer 12 MP image definition rather than 10 MP, and would be able to offer variable zoom and not just fixed.

🤖 Galaxy S22: which version of Android?

Samsung is much more responsive than a few years ago when it comes to upgrading its in-house overlay to the most recent version of Android and continues to do well. The Galaxy S21, S21 + and S21 Ultra will be upgraded to Android 12 by the end of 2021. This gives us good hope that the S22, S22 + and S22 Ultra will ship directly to Android 12 rather than Android 11 with an update to come to Android 12.

It should also be remembered that Samsung is now promising three-year software monitoring on its smartphones, with therefore feature updates that should be deployed up to Android 15.