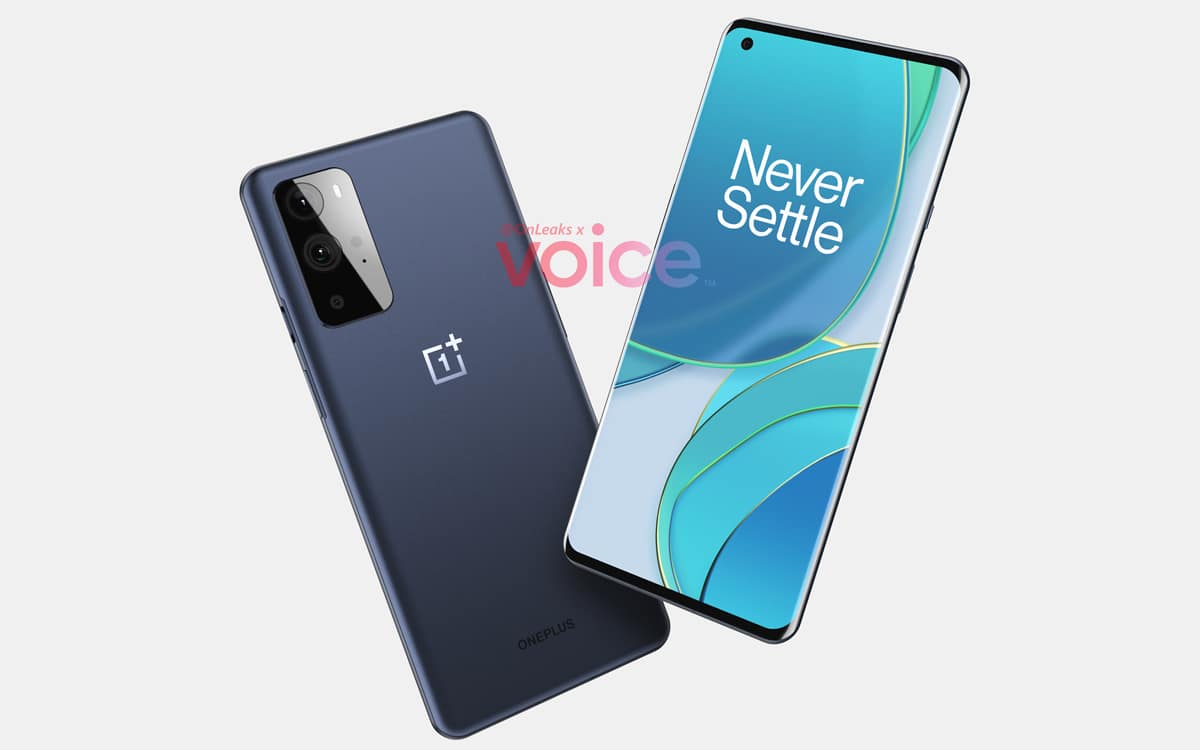 The OnePlus 9 has a few surprises in store for us: an advanced launch in March 2021 and three variants with a more affordable OnePlus 9E have been added to the new photo, screen and performance news. Here is all the information available on the new flagships of OnePlus.

After its 8 and 8T, OnePlus is now working on the series of OnePlus 9. But what is the Chinese manufacturer preparing for these new versions? The brand has made a shift in strategy over the past few years, and we should still have some surprises. Price, launch date, technical specifications … here’s everything we know about OnePlus 9 smartphones.

At its beginnings, OnePlus only one smartphone was released for each iteration. Then, a new “T” model began to appear about six months after a mobile was released. For a long time, this was the hallmark of the manufacturer, which therefore marketed two mobiles each year. Then came the “Pro” models, underlining the ambitions of OnePlus on the high-end market, the brand then abandoning the “flagship killers” which had made its reputation. Now, OnePlus appears to be heading towards a market flood strategy. Like most other manufacturers (Samsung, Huawei, Oppo, Xiaomi …), OnePlus offers many references covering a wide price range to appeal to a majority of consumers.

We were recently treated to the OnePlus Nord range, intended to reach customers looking for a more affordable smartphone. OnePlus will continue to increase the number of products, this time adding a model to its main range: the OnePlus 9 and OnePlus 9 Pro will thus be accompanied by a OnePlus 9E. So there are three variants of OnePlus 9 that await us.

💰 What is the price of the OnePlus 9?

For now, no reliable leak indicates a price for the OnePlus 9. But based on the previous generation, one can guess with some precision what prices to expect. The OnePlus 8 was marketed at its release in France at 699 euros for the 8 GB variant of 128 GB RAM of storage space and at 799 euros for 12 GB of RAM and 256 GB of internal memory. The OnePlus 8 Pro 8/128 GB was offered at 899 euros, while the OnePlus 8 Pro 12/256 GB was available at 999 euros.

We can therefore consider a similar price range for the new generation of OnePlus. Don’t expect the price to drop now that the brand has entry-level and mid-range smartphones in its lineup. In addition, it is difficult to see the manufacturer exceed the symbolic bar of 1000 euros this year, while no major innovation is expected. The OnePlus 9 and 9 Pro should therefore resume the prices of their predecessors. The OnePlus 9E will be a more affordable gateway to the series. It could be sold between 499 and 599 euros.

📅 What is the release date of OnePlus 9?

Android manufacturers seem to have spread the word: all are ahead of their usual schedule. Samsung will launch its Galaxy S21 from mid-January instead of February, while Xiaomi will unveil its Mi 11 at the end of December and not in January 2021. OnePlus has also decided to anticipate a few weeks with a OnePlus 9 expected during the month of March 2021, while its first flagships of the year normally land in April or May.

Usually, OnePlus opens pre-orders the same day the smartphones are presented, with a bonus accessory. Then a week later, the devices are officially available on the market.

In this table you will find a summary of the presumed technical specifications of the OnePlus 9E, OnePlus 9 and OnePlus 9 Pro. Keep in mind that information is still missing and that some data may change.

The OnePlus 9E is thus a OnePlus 8 brought up to date, while the OnePlus 9 incorporates elements of the OnePlus 8 and 8T. The OnePlus 9 Pro meanwhile is like a mix of OnePlus 8 Pro and OnePlus 8T. As is often the case with OnePlus, the novelties arrive by little touch and we take back what worked well on the later models.

Several leaks have given us a good overview of what the OnePlus 9 series smartphones will look like. No big surprise, they have a look that is very similar to the OnePlus 8T. The photo sensors positioned in the middle of the back of the device vertically will have survived until OnePlus 8. The OnePlus 9 takes over photo block in upper left corner just like on most cell phones today. The OnePlus logo is kept in the center.

In the front, the borders are still a little smaller than on the latest models. The punch system integrated into the upper left corner of the screen to house the front camera remains in use on these new devices. The manufacturer keeps the alert cursor specific to the brand’s smartphones on the edge. The screen will be curved on the Pro model, while the OnePlus 9 and 9E will be equipped with a flat screen.

There is of course a USB-C port at the bottom of the mobile, alongside a speaker and a microSD card slot. The OnePlus 9 Pro is said to be IP68 certified and water resistant, like the OnePlus 8 Pro. He can therefore be submerged 1.5 meters deep for up to 30 minutes. OnePlus has long preferred not to integrate this waterproofing certification into its smartphones so as not to increase their price, the OnePlus 9 Pro will be the second to benefit from it. Further proof of the upscaling desired by the brand.

🔲 What type of screen is there on the OnePlus 9?

The OnePlus 9 would be equipped with a screen 6.55-inch “flat” Super AMOLED with Full HD + 1080p definition, like the OnePlus 8. On the other hand, it should benefit from a better refresh rate from 90 Hz to 120 Hz.

The curved screen of the OnePlus 9 Pro looks even more breathtaking. It will enjoy a diagonal of between 6.7 and 6.8 inches, still with Super AMOLED technology for deep blacks, better contrasts and the “Always On Display” display, a very practical function available natively recently on Oxygen OS. 120Hz refresh rate promises smooth smoothness and image definition QHD 1440p will provide some of the best display quality on the smartphone market.

Information about the OnePlus 9E are less certain, but we are talking about a panel that would be similar to that of the OnePlus 9 except for one detail: the refresh rate would be limited to 90 Hz. In fact, it would be the same as the one we found on the OnePlus 8.

💪 Performance and memory of OnePlus 9

The three models of OnePlus 9 will obviously be equipped with the most powerful chip on the market: Qualcomm’s Snapdragon 888. This is the first SoC engraved in 5nm of the American giant, which works with Samsung for their manufacture. While waiting to know concretely the performance of the system on chip on the OnePlus 9, let’s content ourselves with its technical sheet. The octo-core Kryo 680 processor consists of a very powerful ARM Cortex X1 core clocked at 2.84 GHz, three ARM Cortex-A78 cores clocked at 2.4 GHz, and four ARM Cortex-A55 cores clocked at 1, 8 GHz for the simplest of tasks.

The GPU, the Adreno 660, is according to Qualcomm 35% more powerful and 20% more efficient energetically speaking than its predecessor. It supports HDR10, HDR10 + and Dolby Vision for videos and HDR for video games. It is capable of displaying 60 frames per second in 4K definition and 144 frames per second in Quad HD + quality.

The Snapdragon 888 also includes the brand new Snapdragon X60 modem, 5G compatible. It supports the majority of the frequency bands used by the new generation of mobile, including the so-called millimeter bands. 5G multi-SIM is also becoming possible, but that does not necessarily mean that the OnePlus 9 will be entitled to it. 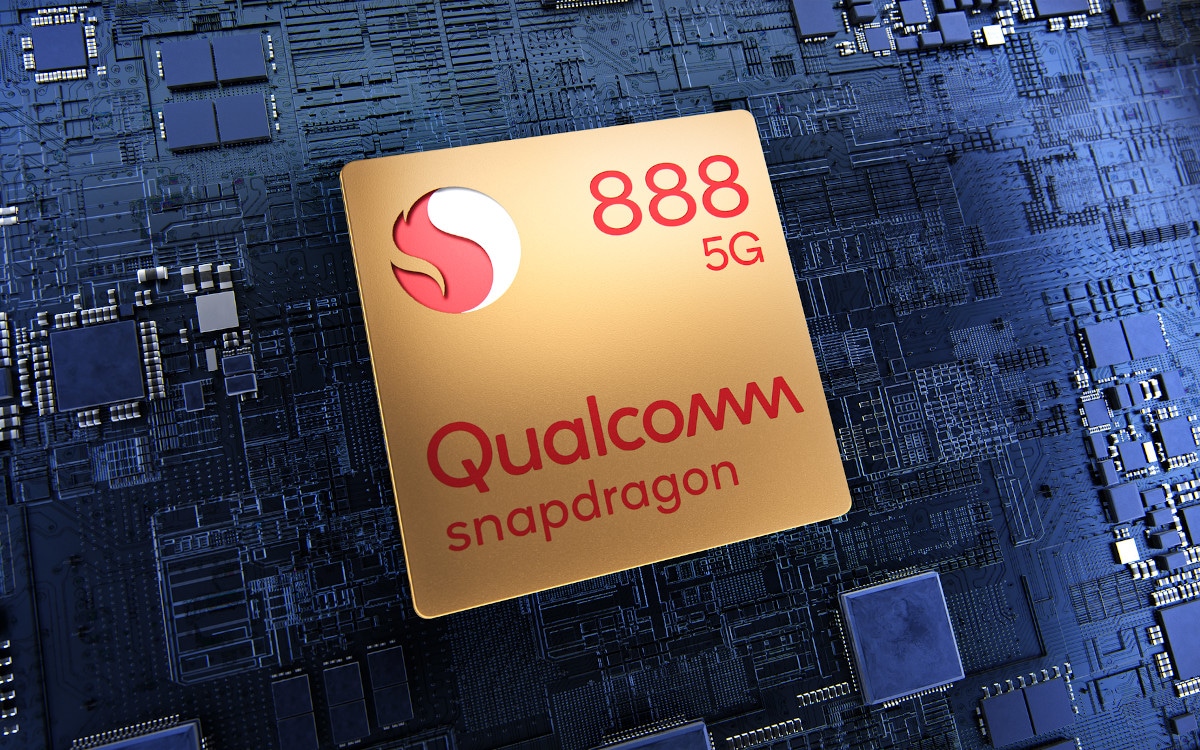 In terms of memory, several configurations will be offered for each device. We can expect to find variations 8 GB of RAM and 128 GB of storage space or 12 GB of RAM and 256 GB of internal memory. It’s plausible that the OnePlus 9 Pro is snubbing weaker specs to focus only on the higher end specs.

In any case, the quality of the hardware associated with the software know-how and optimizations of OnePlus should ensure premium performance, as always with the manufacturer.

We should have three different proposals in this regard. First, the OnePlus 9E and OnePlus 9 would ship a 4500 mAh battery. The OnePlus 9 Pro, which requires more power with its larger screen, QHD + and 120 Hz, would see an accumulator of 4750 mAh. As a reminder, the OnePlus 8 had a battery capacity of 4300 mAh and the OnePlus 8 Pro had 4510 mAh. With this increase in capacity and a Snapdragon 888 SoC which promises to consume less energy than the Snapdragon 865, we can expect a gain in battery life on this generation.

Wired charging has been a specialty of OnePlus for a long time now, its next generation of smartphones will continue to benefit from its powerful Warp Charge technology. The OnePlus 9E is compatible with a charge up to 30W, while the OnePlus 9 and OnePlus 9 Pro can count on a ultra fast 65W charge.

Only the OnePlus 9 Pro has a wireless charging (30W). As with the water resistance certification, the manufacturer believes this to be an expensive feature that is only useful to a minority of users. It is therefore only offered on the most upscale model.

This is the aspect that OnePlus has a little trouble with and where we hope for the most improvements. It is rumored that OnePlus is now using Leica, just like its competitor Huawei. According to the various leaks on the design of the smartphone that have reached us, the OnePlus 9E and OnePlus 9 are equipped with a triple photo sensor, while the OnePlus 9 Pro would benefit from an additional module. 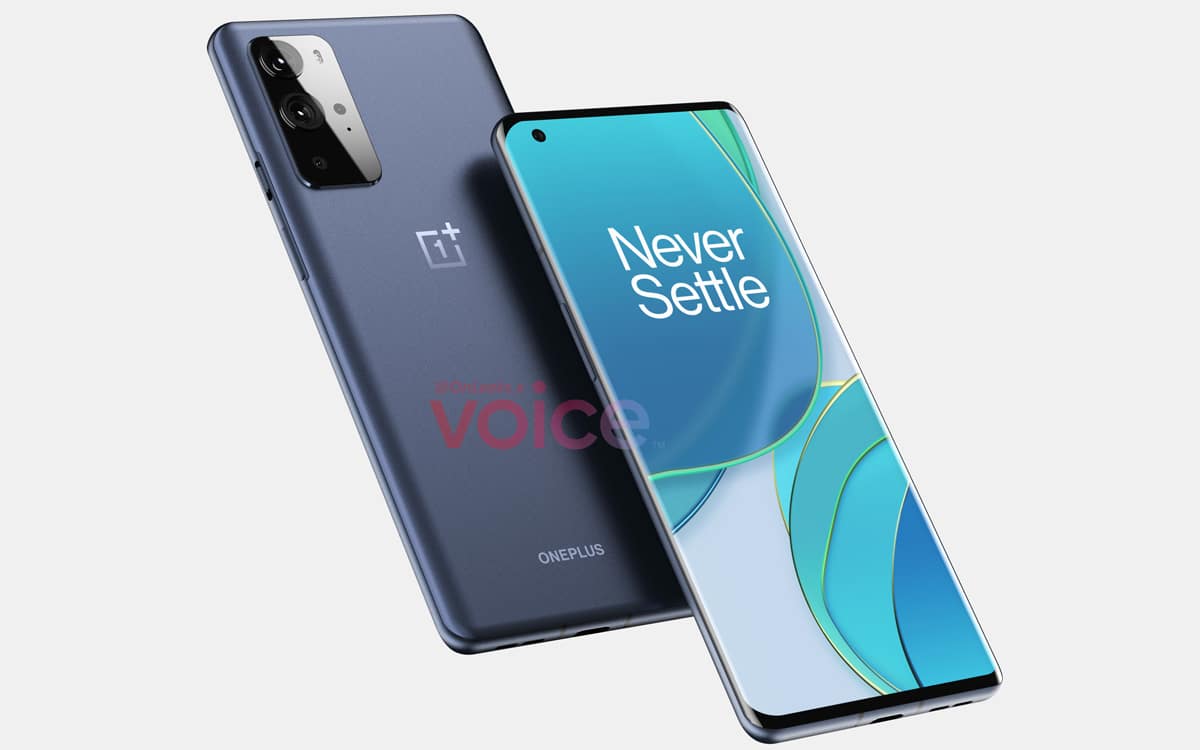 The identity of the OnePlus 9 Pro’s fourth lens is not yet known. It could be a macro module, a depth sensor, or a color filter camera like on the OnePlus 8 Pro last year.

This is the hallmark of OnePlus, its overlay Oxygen OS is one of the best Android interfaces on the market. With the Oxygen OS 11 update based on Android 11, it gets even better, including picking up some good ideas from One UI, Samsung’s interface.

On the program: new themes and clocks for the Always On Display function, the ability to quickly respond to Instagram and WhatsApp messages while playing a video game, an improved dark mode, a revised and corrected weather application, optimizations for gaming and of course a redesign of the interface in general, which becomes more modern.

The OnePlus 9 series will ship directly under Oxygen OS 11 and will benefit from three years of feature updates. New OnePlus smartphones typically receive the next major Android update early on, so Android 12 should be available very soon after release.