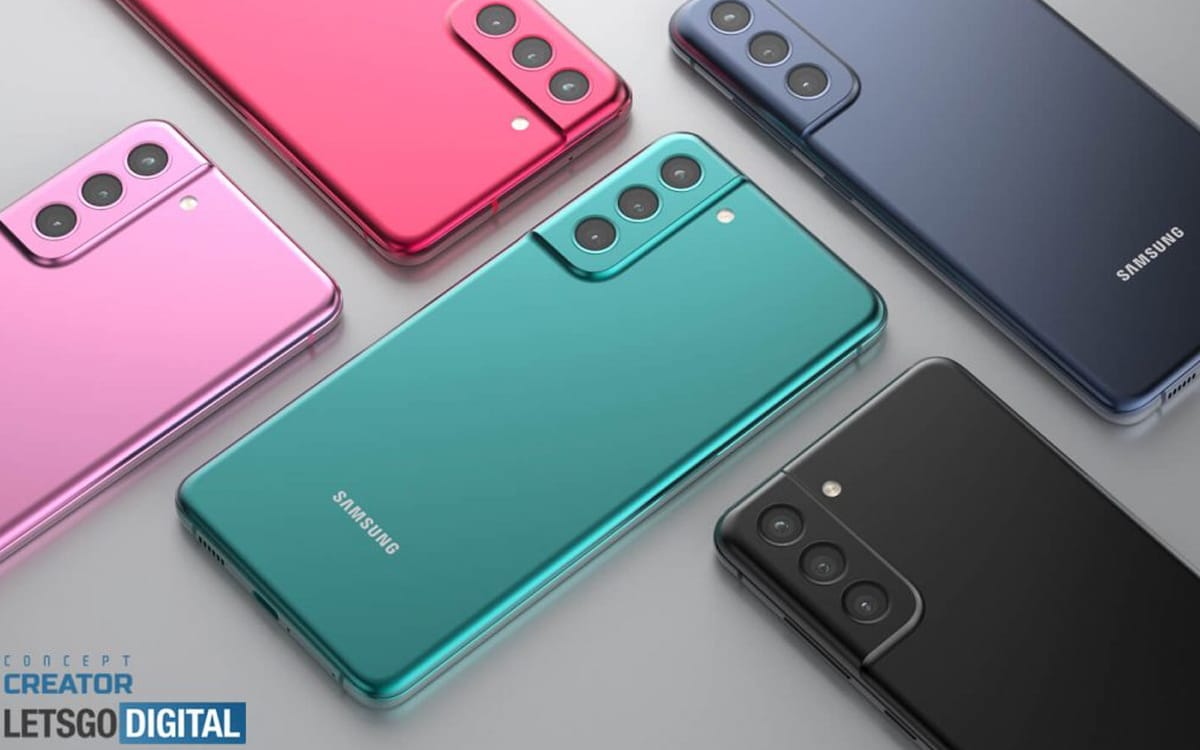 Satisfied with the performance of its Galaxy S20 FE last year, Samsung does it again with a Galaxy S21 FE, the announcement of which should not delay. Design, technical sheet, and even price, a lot of information has already been leaked on the smartphone.

Like last year, Samsung is preparing a Fan Edition version of its latest Galaxy S. The Galaxy S21 FE will be a very interesting proposition, because if it makes some concessions, it also has technical specifications that are sometimes superior to its predecessor, and this for a more affordable price.

📅 When is the Galaxy S21 FE released?

This year, Samsung has no plans to release the Galaxy Note, the range is suspended to make room for the brand’s other high-end products: the Galaxy S21 Ultra, compatible with the S-Pen stylus, as well as the two foldable screen models, the Galaxy Z Fold 3 and Z Flip 3. But the South Korean manufacturer will still hold its traditional Unpacked conference in August, during which the Galaxy S21 FE, the Z should be officially announced. Fold and the Z Flip 3. A first rumor was for a keynote for August 19, 2021, but more recent reports point to the event being held earlier this month, potentially August 3.

But Samsung is experiencing difficulties in supplying components, especially chips and batteries. The industry is plagued by major shortages that complicate the production of electronic devices, and the mobile market is not spared, even for the number 1 in sales in the sector. The media South Korea’s Electronic Times even mentioned a suspension of the production of the Galaxy S21 FE until the stocks of components do not fill up again. This could delay the marketing of the product by one or two months depending on the source. On the other hand, it remains probable that his announcement is not shifted.

According to information from the South Korean media Herald Corp, Samsung has decided to reduce the price of the Galaxy S21 FE compared to that of the S20 Fe. It would be marketed at a price between 700,000 won and 800,000 won in its market. domestic, either between 518 and 592 euros. As a reminder, the S20 Fan Edition was sold from 899,800 won, the equivalent of 666 euros. It is not yet certain that this price reduction applies to Europe, but there is hope, especially since it was found that Samsung had lowered the price of Galaxy S21, S21 + and S21 Ultra at us compared to the previous generation. The S20 FE came in two variants, one 4G and the other 5G. There should only be a 5G compatible model this time around, with perhaps different memory possibilities.

The Galaxy S21 Fan Edition unsurprisingly looks a lot like the classic Galaxy S21 launched six months earlier. If Samsung has not yet released official visuals, the recognized leaker Evan Blass is responsible for publishing 3D renderings of the device, which allow us to appreciate its design.

At the front, the screen is surrounded by thin borders and hides a fingerprint reader under the screen. The front camera is still integrated into a central punch, Samsung for the moment reserving the photo sensor technology under the panel for its Z Fold 3. Behind, there is a photo block similar to that of the S21 with three prominent modules aligned to the vertical and the LED Flash next to it.

The smartphone is expected to be certified water and dust resistant to IP68 and will not have a 3.5mm jack port for connecting wired headphones or earphones.

The Galaxy S21 FE would be available in five colors: white, black, gray, purple and khaki green. It will use the same materials as the Galaxy S21, which is an aluminum chassis and a plastic, not glass back, to keep costs down. According to OnLeaks, with dimensions of 155.7 x 74.5 x 7.9mm, it will be a little taller and wider than the Galaxy S21, for the same thickness.

The mobile will be more imposing, because it integrates a larger screen of 6.4 inch, against 6.2 inches on the S21. Dynamic AMOLED 2X technology with HDR10 + compatibility and TUV Rheinland anti blue light certification should make a comeback. The definition should remain stuck at 2400 x 1080p, with therefore a slight loss of pixel density since the panel is larger. The screen supports a refresh rate of 120 Hz dynamically managed as needed and protected by Corning Gorilla Glass Victus. Of course, the Always-on feature is supported for continuously displaying the time, notifications or battery level on the screen.

The Samsung Galaxy S21 FE is powered by a Snapdragon 888 SoC engraved in 5nm in all markets, while the Galaxy S21 ships the same chip in China and the United States, but an Exynos 2100 home in Europe. Qualcomm’s high-end SoC ensures excellent performance as well as 5G compatibility.

The Galaxy S21 Fan Edition should rely on a 4,500mAh battery to ensure good battery life. A capacity greater than 500 mAh than that of the S21 among other things allowed by the additional millimeters of the S21 FE at the top and in width. The device is expected to support 25W wireless charging and offer induction wireless charging function as well as reverse wireless charging.

Samsung is once again relying on a triple photo sensor on this model. The main module is expected to be identical to that of the Galaxy S21: 12 MP, f / 1.8, 26mm, optical image stabilization (OIS) and phase detection autofocus. The ultra wide-angle should display specifications of 12 MP and aperture f / 2.2, while it’s on the telephoto that we expect the most changes. This remains to be confirmed, but we would be dealing with an 8 MP and f / 2.4 lens, against 64 MP and f / 2.0 for the Galaxy S21.

The S-Pen stylus has made its mark on the Galaxy S21 Ultra and should also be supported by the foldable screen smartphones that are the Z Fold 3 and Z Flip 3. And to fill the void left by the Note range, Samsung could also offer S-Pen support on the Galaxy S21 FE. It would not be included and the smartphone would not offer a housing to store it, but it might be possible to buy the stylus separately and use it with the S21 FE. If so, a protective case with pen storage should also be marketed.

The S-Pen is very useful for certain productivity tasks in particular, allows you to draw and write in handwriting on the smartphone screen. A function to convert handwritten text to computer text is even available. The stylus has become a complete accessory, which allows you to control the device remotely (playing video or music, taking a photo, passing slides or photos during a presentation).

Samsung will soon launch the new version of its in-house interface, One UI 3.5, based on Android 11. This would natively equip the Galaxy S21 FE when it was released as well as the Z Fold 3 and Z Flip 3, and would also be deployed on a few Recent high-end models of the brand pending One UI 4.0 and the upgrade to Android 12. One UI 3.5 is a minor update that will not revolutionize the interface of Samsung’s overlay, but bring some improvements here and there to One UI 3.1, such as new camera features and improved system performance and stability.