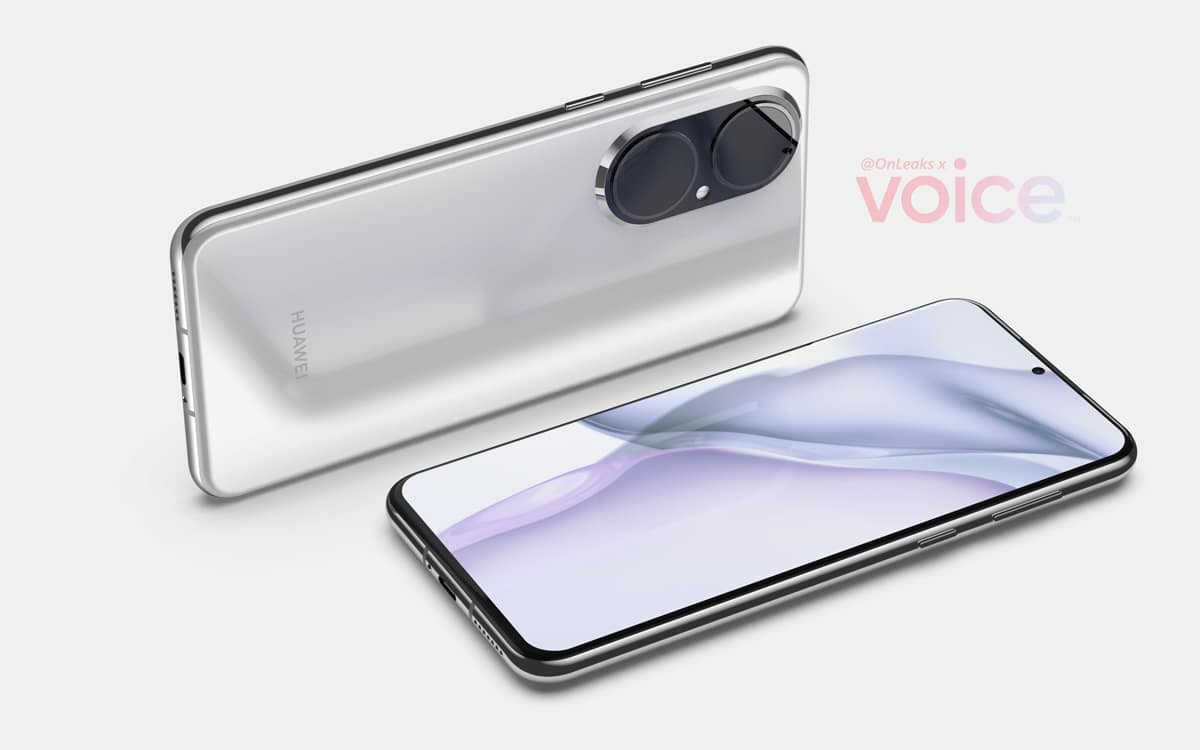 The Huawei P50 arrives a bit late this year, but the photo champion’s release is just around the corner. Release date, technical sheet, design, HarmonyOS, we take a look at everything to expect on this smartphone that could turn the landscape of the mobile industry upside down.

The Huawei P50, P50 Pro and P50 Pro + are about to be marketed. Smartphones eagerly awaited, because they are the first flagships to natively embed the HarmonyOS system and the mobiles of this range are renowned for their exceptional photo quality. While waiting for their official announcement, here is what we know about them.

When is the Huawei P50 released?

Traditionally, Huawei launches its new generation of P-series smartphones in the spring, around April. This year, we have to be more patient and while we were talking about a release of the P50 in May or June 2021, it is finally in the middle of the summer that we should see the arrival of the next flagships of the Chinese manufacturer. . If a launch in early July was mentioned, a leaker suggests that we should wait until July 29 before seeing the official presentation of the Huawei P50.

If the Huawei P50 should mainly target the Chinese and Asian markets, skipping marketing in the United States, it should still be available in France and Europe.

What is the price of the Huawei P50?

Of course, we won’t be able to be sure of anything until Huawei communicates on this itself, but the price of the P40 series smartphones should give us a good indication of the prices that will be charged. As usual, three different models are expected.

As a reminder, the Huawei P40 was marketed 799 euros when it was released, the Huawei P40 Pro was available for 999 euros and the Huawei P40 Pro + was priced at 1399 euros. Official prices recommended by the brand which had however rapidly decreased at retailers. We do not expect a price increase on the P50, P50 Pro and P50 Pro +. The latter, however, is not certain of being distributed in Europe.

Cheaper models, a Huawei P50 Lite and derivatives, should also see the light of day.

A design similar to that of the Honor 50

Honor is no longer owned by Huawei, but it seems the two brands are still closely linked. The Honor 50 was recently presented in China, and according to the leaks, the Huawei P50 series phones will look a lot like them. In particular, they will be equipped with similar, very original photo blocks. The photo sensors are distributed between two circles positioned vertically in the upper left corner of the back of the device, with the LED Flash placed in between. A new design that contrasts with the aesthetic proposals of the competition.

Up front, the front camera is housed in a central punch, a more usual choice. It is possible that one of the models of the P50 series has two selfie cameras. In this case, the punch is repositioned on the left of the slab. The screen houses the fingerprint reader for biometric authentication.

The back panel of smartphones is expected to consist of glass and their chassis of aluminum, with potentially a metal or ceramic option on Pro models. The Huawei P50 would have flat edges while the Pro would be more curved. According to the famous leaker OnLeaks, the Huawei P50 would have dimensions of 156.7 x 74 x 8.3mm (10.6mm thick at the level of the photo sensors), while the P50 Pro would measure 159 x 73 x 8, 6mm (or 10.3mm taking the photo modules into account).

The three models of P50 will carry a panel of OLED technology. Huawei would ignore a refresh rate of 120 Hz, a feature yet democratized on high-end mobiles, to settle for 90 Hz, at least on the base device of the series.

The Huawei P50 would display a diagonal of 6.2 inches, against 6.6 inches on the P50 Pro. We don’t know yet if the P50 Pro + will go even further or offer the same screen size as the P50 Pro. We expect on the Huawei P50 a Full HD + definition of 2340 x 1080 pixels, which would rise to 2640 x 1200 pixels on the P50 Pro in order to compensate for the size of the screen and keep a similar pixel density. All three references support HDR10 for more vivid colors and better contrast.

Sourcing chips has become a real challenge for Huawei, hit by US sanctions against it. An embargo which in theory prevents it from producing its own Kirin chips as it used to do because they are based on the ARM architecture, which belongs to the British company Arm Ltd., which must grant a license to founders who wish to exploit this technology. Huawei has also for a long time been prevented from obtaining SoC from Qualcomm or even MediaTek.

But the noose has loosened somewhat around Huawei, which ultimately has several solutions available to it. The first is to equip its P50s with the Kirin 9000 chip designed by its semiconductor division, HiSilicon. The SoC, engraved in 5nm, was introduced with the Mate 40 Pro and it would be a logical continuation for the brand, which has always used the Mate chip in its P-series smartphones. But the context is today a different way and several industrial reports highlight the fact that the production capacities of Kirin 9000 from Huawei are very limited.

The alternative is to knock on the door of Qualcomm, which has finally received permission from the United States Department of Commerce to sell its products to Huawei. But with one of the most restrictive conditions: the platform must not support 5G. Unless Qualcomm is developing a only 4G version of its Snapdragon 888, the latter can therefore not be integrated into the Huawei P50. And it is hard to imagine the Chinese manufacturer conceding a downgrade in performance by using an older SoC.

If a Snapdragon 888 4G makes its appearance, Huawei will have two choices. The first to equip their P50s with this chip and add one of their own modems to ensure 5G compatibility. But it would then be necessary to develop a specific modem compatible with a Qualcomm chip. The other option is to launch 5G versions with Kirin 9000 and 4G with Snapdragon 888 of its P50s.

Finally, a source mentions the possibility of a Huawei P50 a little less upscale and which would act as a “Lite” model, with an SoC Kirin 9000E.

Regarding memory, we should stick to high-end mobile segment standards with at least 8 GB of RAM and a configuration offering up to 512 GB of storage space.

To date, we have no credible information regarding the capacity of the batteries of the various models of Huawei P50. But even if the batteries do not change, we can expect a significant improvement in the autonomy of the devices compared to that of the Huawei P40s thanks to the integration of a chip with a finer engraving (5nm ), allowing to benefit from a better controlled energy consumption.

On more than an efficient wired charging, Huawei provide support for fast wireless charging as well as reverse wireless charging to charge accessories or even other smartphones with the P50 battery. A technology that he was the first to introduce to the general public mobile market and that he masters very well.

The best camera on the market for the Huawei P50 Pro +?

The Huawei P50s promise stunning photo results. While its Mate range has historically focused on productivity (increased performance, better autonomy, larger screen), Huawei has elevated its P range to the rank of essential in the sector (before the setbacks before the US administration) thanks to the photo experience offered. We remember for example that the Huawei P20 Pro was at the time the first smartphone with a triple main photo sensor. As usual, Huawei is teaming up with optics specialist Leica for its new devices.

According to the leaks, the Huawei P50 and P50 Pro should benefit from four photo sensors at the rear, while the P50 Pro + will be entitled to a fifth lens to complete the configuration. The standard P50 would benefit from a main module, an ultra wide-angle, a telephoto lens and a final sensor, potentially for the management of the depth of field. The P50 Pro would take this formula by adding a periscope function to the telephoto lens in order to obtain a better zoom, in particular optical. As for the P50 Pro +, it could become the undisputed zoom champion in the smartphone market by combining both a telephoto and a periscope lens.

No Android-based EMUI for the Huawei P50s, the smartphones will be powered directly by HarmonyOS, the software environment on which the manufacturer has been working since it is no longer authorized to use Google services on its devices. In reality, it is a fork derived from Android and based on the Android Open Source Project, which takes many interface elements and features of Android, with keys that seem inspired by iOS here and there.

Even if it is deprived of Play Store, HarmonyOS is compatible with Android applications through the installation of an APK. The OS has of course its own application store, whose catalog is growing rapidly. Games like PUBG, Call of Duty or Glory of the King are for example available in the App Gallery. And these HarmonyOS compatible versions might even offer better performance than on Android.

Huawei has launched its Celia Keyboard, its Petal Maps GPS navigation application… in short, each Google service formerly embedded by default on Huawei mobiles now has its equivalent. Added to this are exclusive features like Memory Turbo, a feature that adds 2 GB of virtual RAM to devices to improve their stability, multitasking performance and background task management.