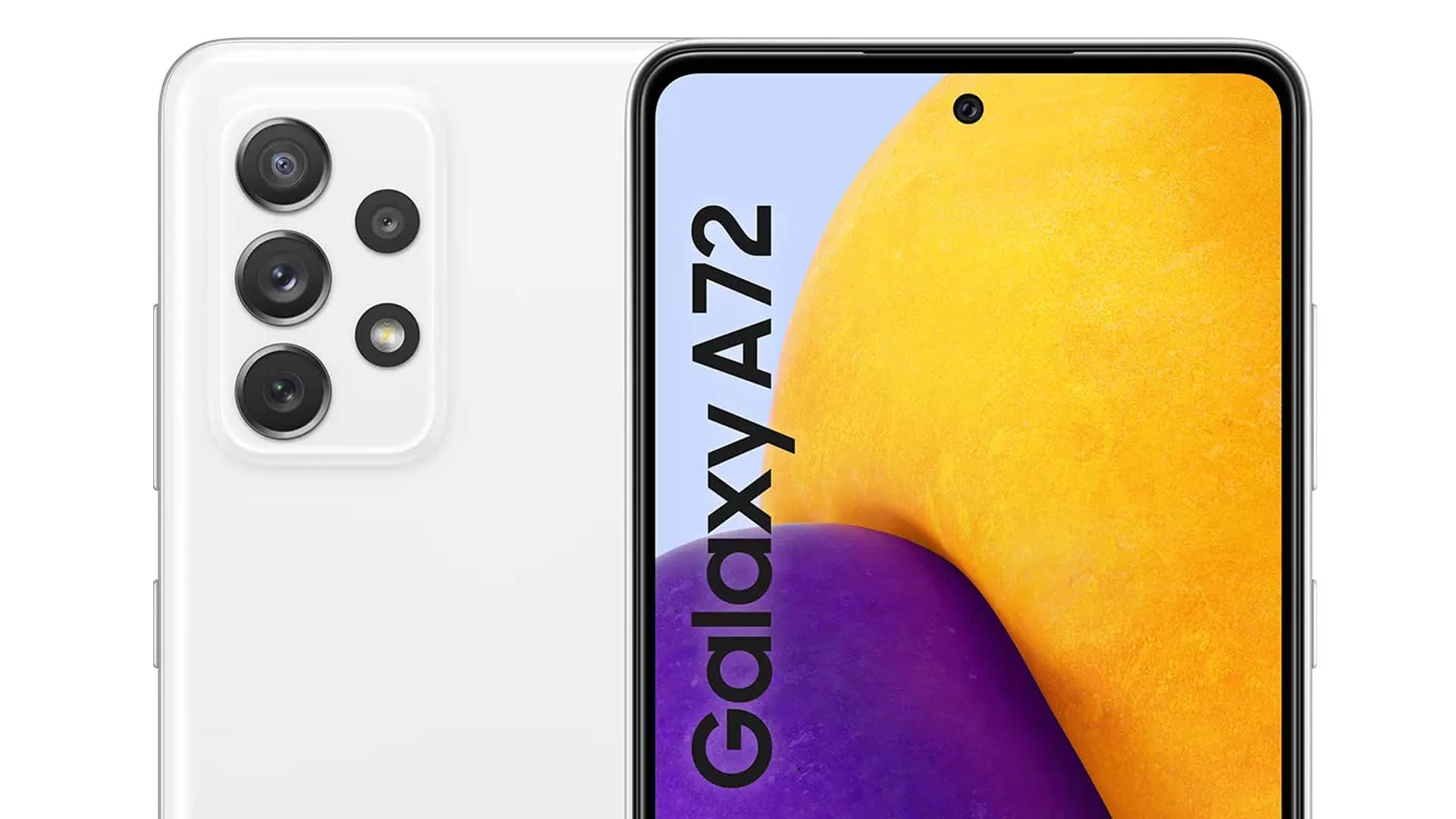 The Galaxy A72 is a mid-range smartphone from Samsung, which should convince users who swear by the brand’s smartphones, but who don’t want to invest too much in a mobile. The A72 presents itself as a good compromise between price and performance.

Start of a busy year for Samsung, which has already launched its Galaxy S21. The South Korean manufacturer has yet to market three series of high-end smartphones in 2021 with the Z Fold, Note and Z Flip. But the brand is also popular for its less expensive devices, less premium mobiles, but with more interesting value for money. And in this category, the Galaxy A72, successor to the Galaxy A71, is particularly expected.

When is the Galaxy A72 released?

We should not wait long to see the Galaxy A72 land on the market. The smartphone made an appearance on the Russian version of the official Samsung website, indicating that communication around the device should start very quickly. The latest indiscretions tend towards an exit during the month of March 2021.

What is the price of the Galaxy A72?

Several sources advance the same prices for the Galaxy A72 in Europe. This would be sold at a price of 450 euros for the version equipped with 6 GB of RAM and 128 GB of storage space and 510 euros for the 8/256 GB configuration. These prices relate to the 4G model of the Galaxy A72, which will also be available in 5G. But for now, we have no information on its pricing.

What is the technical sheet of the Galaxy A72?

You can find a summary table of the technical specifications of the Galaxy A72 below. While waiting for the officialization of Samsung, keep in mind that this information comes from different leaks and that they can be subject to modification.

What design for the Galaxy A72?

Visuals of the smartphone have already been leaked, so we have a good overview of what the Galaxy A72 will look like. As on the latest high-end Samsung, it embeds a central punch in the screen to house the front photo sensor. Obviously, the borders surrounding the panel are a little thicker than on the more premium models of the brand.

On the back, no surprise either with a photo block located in the upper left corner. This contains the four modules making up the camera as well as the LED Flash. The back cover of the device is made of plastic and the device is certified to IP67 water and dust resistant.

As for the fingerprint reader, it is neither on the back nor on the edge, Samsung has logically opted for a scanner under the screen. There is of course a USB-C port and we can be satisfied with Samsung’s choice to keep the 3.5mm jack port to connect wired headphones or earphones, a connection that tends to disappear from smartphones.

What is the screen size of the Galaxy A72?

How does the Galaxy A72 perform?

The smartphone would be powered by a different SoC depending on whether you opt for the 4G or 5G model. In the first case, the Galaxy A72 would run under a Snapdragon 720G, a mid-range chip from Qualcomm. While the more expensive and 5G compatible model would be entitled to a faster SoC, the Snapdragon 750G. Samsung saves money on chips, some competitors offering a Snapdragon 765G on their devices in this price position.

For memory, as we mentioned earlier, two configurations would be available: 6/128 or 8/256 GB. One of the variants, the best equipped, could also offer a storage expansion slot by micro SD card.

What autonomy for the Galaxy A72?

The battery capacity of the Samsung Galaxy A72 is reportedly 5000 mAh. Such a volume of energy from the accumulator should guarantee a good autonomy to the device. The smartphone is expected to support fast charging of 25W, but it will not be compatible with wireless charging, a feature reserved for high-end mobiles.

Is the Galaxy A72 good in photos?

A few technical specifications of the Galaxy A72 camera have been leaked. The 64 MP main sensor with f / 1.8 aperture and phase detection autofocus would be accompanied by an ultra wide-angle lens (123 °) of 12 MP, f / 2.2, a macro lens of 5 MP, f / 2.4 and a dedicated 2 MP depth of field sensor, f / 2.2. Another source mentions the presence of a 8 MP telephoto lens allowing a x2 optical zoom instead of the depth sensor.

What is the Android version of the Galaxy A72?

The Galaxy A72 will be launched under One UI 3.1, Samsung’s software overlay based on Android 11, the latest major update to Google’s mobile OS. Samsung’s home interface is considered one if not the best in the Android ecosystem. One UI 3.1 brings some improvements over One UI 3.0 which we describe to you in a dedicated folder, such as the ability to delete an object from a photo, a Director’s View option to shoot with both the main camera and the front camera, the automatic framing of the video during a video call on Google Duo or the addition of Google Discover for the news section of the home screen.