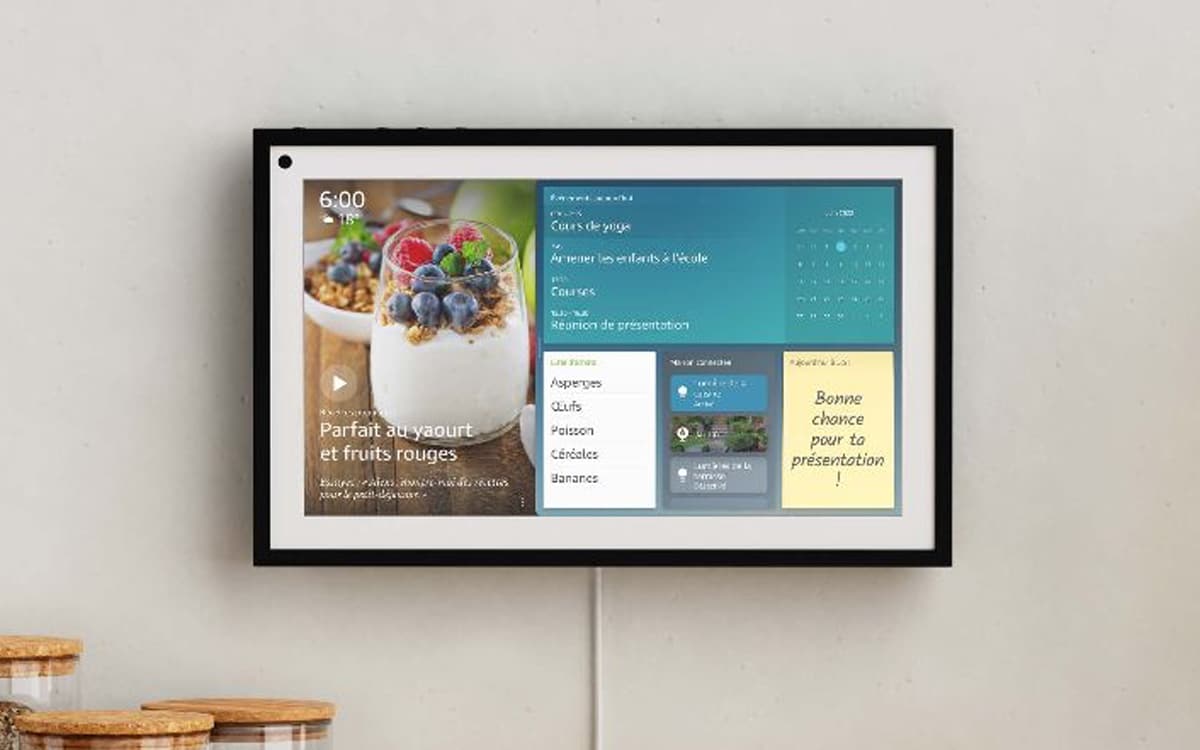 Amazon has just announced the Echo Show 15, a new connected speaker built around a screen. A real control center for the connected home, the screen aims to help families organize their daily lives. The accessory thus incorporates a facial recognition system that allows it to adapt to each user. Price, release date, new features… We tell you everything about the Echo Show 15.

This September 28, 2021, Amazon hosted a conference to unveil a series of hardware innovations. Jeff Bezos’ firm notably announced Astro, its first domestic robot capable of monitoring the homes of users in their absence.

During the presentation, Amazon especially lifted the veil on Echo Show 15, a new connected screen with a fully customizable interface. According to the American giant, the accessory is cut to assist “families juggling multiple priorities ” like “at what time to drop off the children for football training, what to prepare for dinner or when to make the next meeting? ”. It joins a catalog already composed of the Echo Dot, the Echo Show 5, the Echo Show 8 or even the Echo Show 10.

Amazon did not disclose the release date of the Echo Show 15 in France. However, the company has listed the device on its online store with the mention “Coming soon!”. We imagine that the terminal will be marketed for the holiday season.

What is the price of the Echo Show 15?

Amazon will offer the Echo Show 15 at a price of € 249.99. Compatible brackets and mounting accessories for placing the screen on a wall will be sold separately. It will therefore be necessary to take into account the price of these objects at the already salty note of the enclosure.

The Echo Show 15 is built arounda 15.6-inch Full HD 1080p display. This connected screen can be attached to the wall, like a frame, or simply placed on a piece of furniture in portrait or landscape orientation. The device is powered by a next-generation Amazon AZ2 Neural Edge processor.

The screen has been designed as a hub for make daily life easier for families. The interface allows in particular to display in a few clicks on the touch screen, or by invoking Alexa, the family calendar, a shopping list, a notepad or a meal planner. “You can leave a lunchtime note for members of your household, or a reminder to take the dog for a walk”, illustrates Amazon. It is clearly designed to be disposed in the kitchen, place of exchange par excellence. The screen is also capable of displaying a cooking recipe step by step, on Marmiton for example.

The 5 megapixel camera integrates a facial recognition system in order to offer a personalized interface for each member of the family. This technology will adapt the elements displayed on the screen to the person standing in front of the Echo Show. The slab will show you, for example, your reminders, events on your calendar, music you recently listened to or words left by other inhabitants of the house. Thanks to facial recognition, you can also leave a message that will only be read by a specific member of the family. 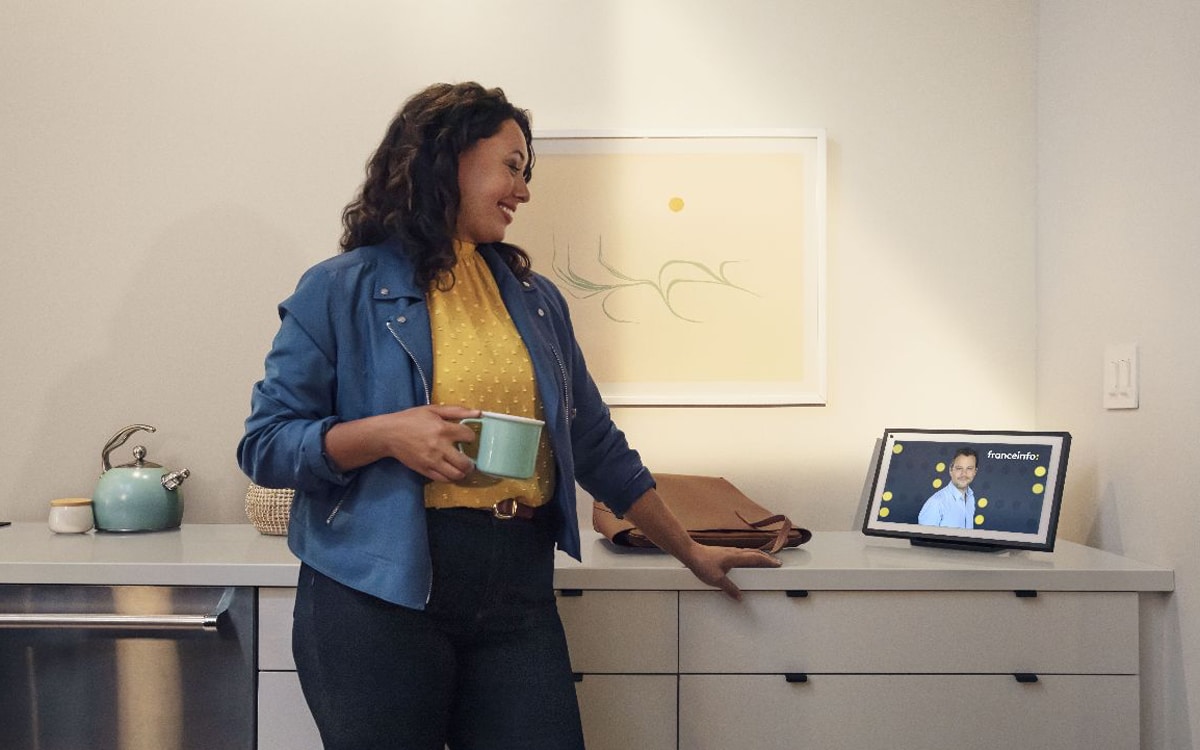 The Echo Show 15 can also do office as second TV. With the integrated screen, you can watch movies and series on Prime Video, Netflix or Molotov, or watch a news channel such as France Info, France Inter, or Europe 1. It is also possible to listen to an audiobook on Audible by asking the voice assistant Alexa. While watching content, you are free to keep an eye on the images of a connected camera or a doorbell (Ring for example) thanks to a PIP (Picture in Picture) function.

Anxious to reassure users that their privacy is respected, Amazon ensures that all images related to facial recognition are encrypted and stored locally on the devicethe. This valuable data is not transmitted to remote servers. You can erase this information at any time. In addition, the Echo Show 15 camera and microphone can be muted as a precaution. A cache then appears in front of the sensor.

Finally, the connected screen can become a simple decorative element when you are not using it. Integrated services make it possible to display “Your Amazon Photos albums or even collections of works and images”. Similar options are found on most connected TVs.