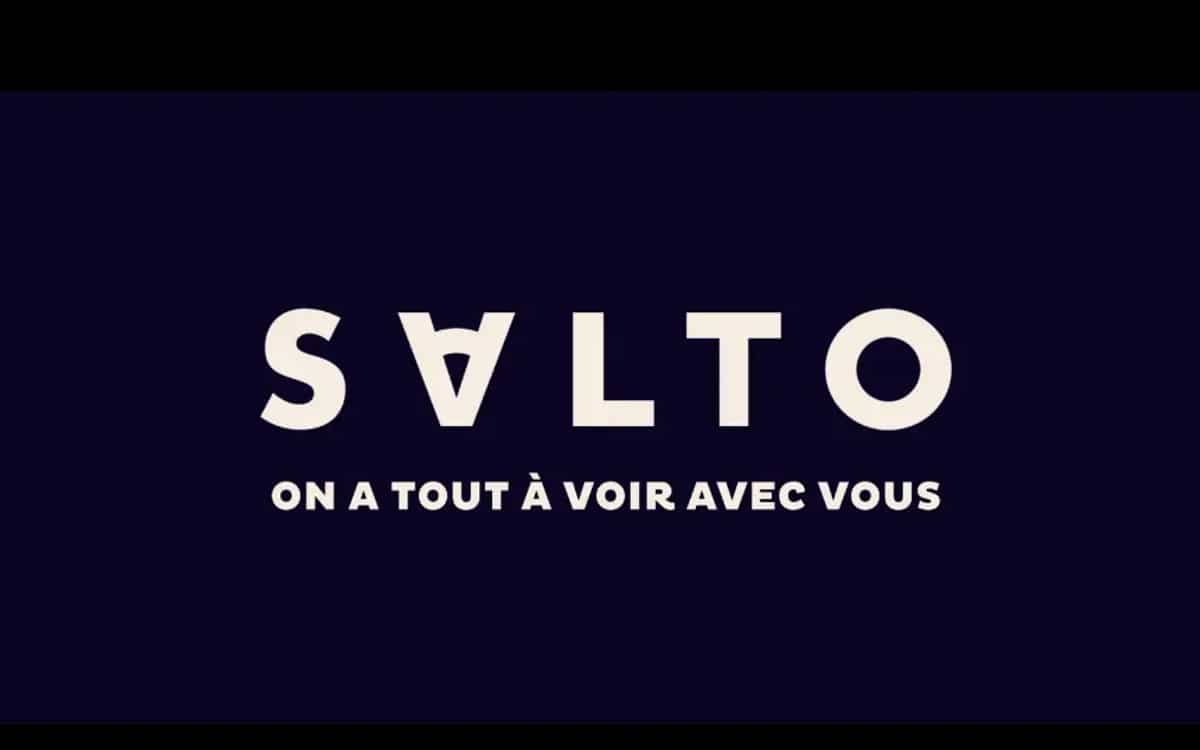 Salto is the new “made in France” streaming service. Created by France Television, M6 and TF1, it aims to compete with the streaming offers of American giants, such as Amazon Prime, Disney +, Apple TV + and especially Netflix. Launched on October 20, 2020, Salto costs 7 to 13 euros per month depending on the packages. And the catalog, which is very heterogeneous, combines programs, series, films and documentaries from France, but also from other countries, including the United States.

The subject of a French streaming offer has been mentioned in many discussions for many years. Faced with heavy American competition, led by Netflix and also including Amazon, Apple and Disney, and French resistance, led by OCS and Canal + Series, the three French media groups, TF1, France Télévisions and M6, wanted to deploy a credible alternative and adapted to the French. Her name is Salto.

Salto is therefore a streaming platform that will be added to all the offers mentioned above. According to its three shareholders, Salto will complement the existing offering, bringing content you won’t find anywhere else. What will its catalog consist of? What is the service launch date? What screens are compatible with this offer? And above all what will be the price to access it? We tell you everything in this complete file.

📅 When will Salto be available?

In mid-October 2020, the daily Les Échos announces that the official launch of Salto will take place on October 20. The Salto project took a long time, too long according to some, to emerge from the ground. A first press release announced in june 2018 the association of the three partners, TF1, M6 and France Télévisions. A year later, the Aug 12, 2019, the Competition Authority authorizes the project to be deployed. It is then a race against time, because the objective is then to officially open the service on June 3, 2020, for a first test phase, then more widely at the start of the 2020 school year.

Twist: the global coronavirus epidemic immobilizes many countries. The shootings are stopped. The assemblies are postponed. The doubles are staggered. From the beginning of April, Salto officially announces a postponement of its launch, during the fall, given the health circumstances that are delaying the finalization of its content catalog.

💶 What is the price of the Salto subscription?

Salto is a streaming service whose economic model is similar to that of the competition: a monthly subscription with several levels to include several screens simultaneously. There are three subscription plans :

Like other competitors, Salto offers the first month of viewing. You therefore have one month to familiarize yourself with the different themes of the Salto catalog, which is not limited to French fiction from TF1 or France 3.

Salto is positioned, at the tariff level, facing Canal + Séries and Netflix. Here are some prices from different competitors for comparison:

At first there does not seem to be any options for the maximum definition of the video stream. At Netflix, access to 4K quality is exclusive to the last level of subscription, sold at 16 euros per month.

🔎 Can we test Salto for free?

Like most newly launched streaming platforms, it is possible to take advantage of a trial offer from Salto. The service offers 1 month free trial. Enough to let you quietly test it from every angle. If you do not wish to continue the adventure, all you need to do is disengage within 30 days.

🎦 What can we watch on Salto? 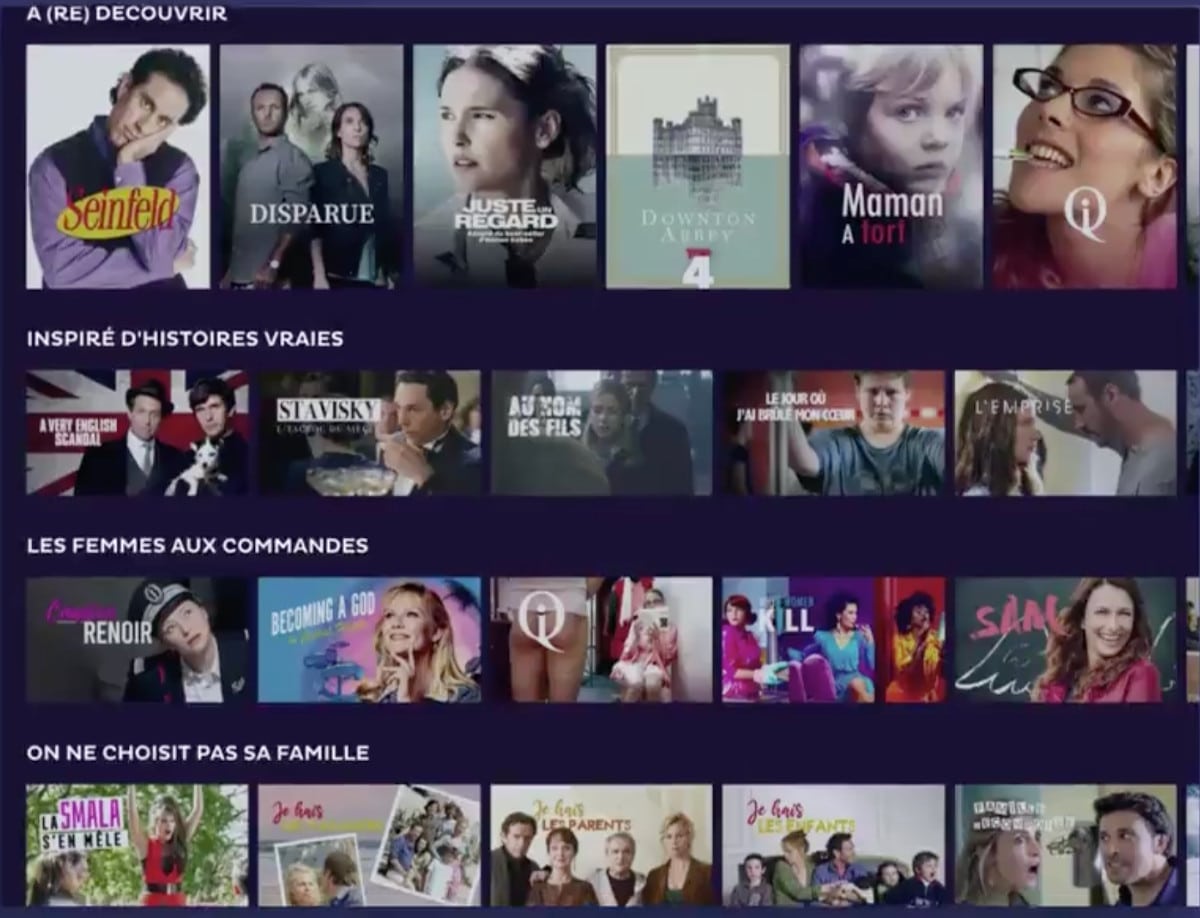 Contrary to popular belief, the Salto catalog does not consist of reruns of Louis la flea market, Plus belle vie or Joséphine ange garde. You will obviously find all the colors of French fiction (cinema, soap opera, TV films, series, short programs).

Salto also offers content from other countries: the United States, of course, but also Spain, United Kingdom, Norway, Canada and even Switzerland.

Other series are offered episode by episode, with a few days ahead of linear broadcast classic. This is the case with Plus belle la vie, Tomorrow belongs to us, Un si grand soleil, La Villa des Coeurs brisés. Season 4 of Captain Marleau will be available in preview.

Salto has also purchased the broadcasting rights to certain American and international series, such as The Manifest whose Season 3 episodes will be available 24 hours after airing in the United States. This will also be the case for season 5 of Bull, as well as season 4 of Fargo (season which will therefore be exclusive to Salto and which you will therefore not find on Netflix).

On the film side, the same observation: recent feature films and classics, French and international content. Thematic cycles will be put online every week so that there is something for everyone.

To this is added the access in live and in replay to all the programs broadcast by the channels mentioned above. Salto announces that 10,000 hours programs are offered from launch, with a weekly enrichment of the catalog, on the same model as the competition.

📺 On which screens can you watch Salto? 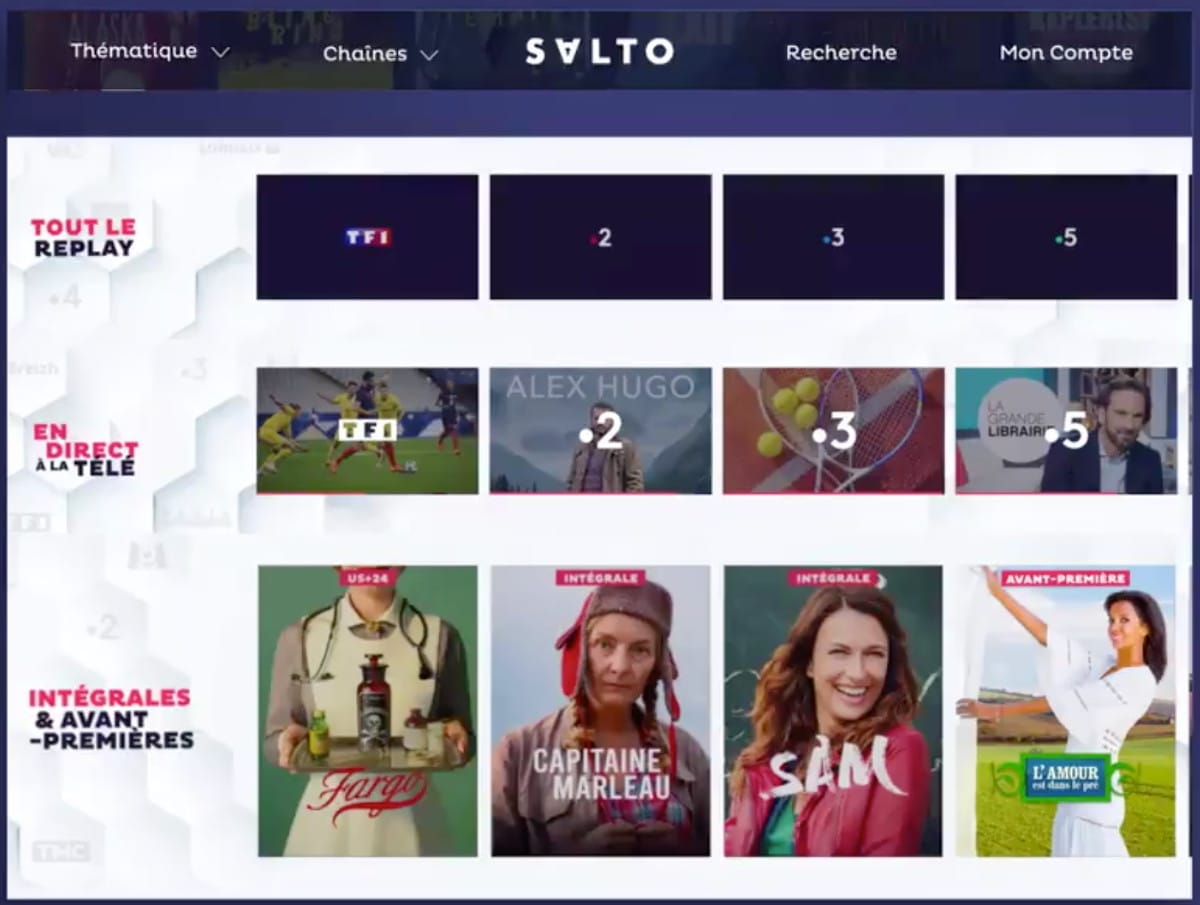 Salto is compatible with a large number of platforms from its launch. You can watch the programs from a dedicated application for operating systems that will have one, or by default of ’a web browser. This is the same model chosen by Apple, Netflix or Amazon.

Internet Boxes, with a few exceptions, do not have native access to Salto at launch. As of this writing, no rebroadcasting contract has been made between Salto and the Internet service providers, Orange, Bouygues Telecom, Free and SFR. However, this situation is not set in stone. According to the daily Le Figaro, negotiations are said to be underway with some of them.

The list of operating systems where an application will be offered at launch is as follows:

The minimum versions of these operating systems to take advantage of compatibility with the native Salto application have not yet been communicated.