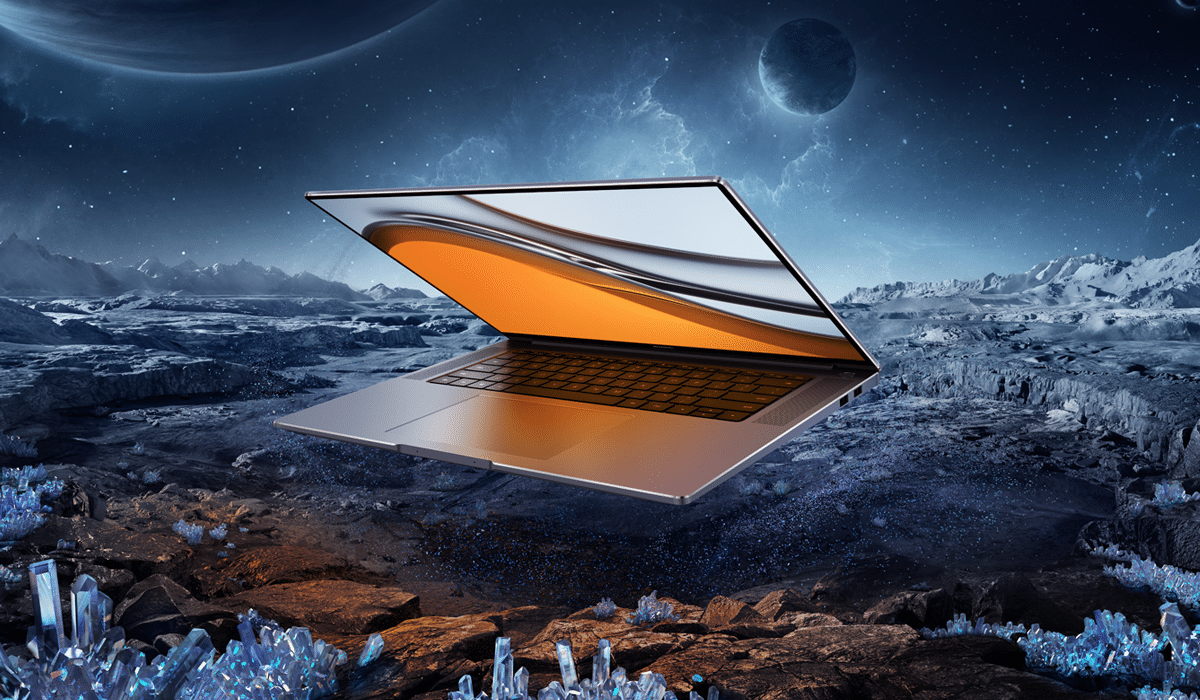 Huawei is back in force on the laptop market with its new MateBook 16. The computer is intended to be a proposal combining a minimalist design, a 16-inch 2.5K FullView screen and a very powerful AMD processor. The launch of the Huawei MateBook 16 comes with three pre-order offers available until March 21 inclusive.

A monitor, mouse, and multiport adapter with pre-order

The Huawei MateBook 16 will be officially marketed from March 22, 2022, but it will be possible to pre-order it from March 8. The pre-order offer is interesting since it allows you to acquire accessories and peripherals at no additional cost: they are included with the computer.

First we have a pack including the Huawei MateBook 16 with AMD Ryzen 7 5800H processor, a 27-inch Huawei MateView GT external monitor with QHD 1440p definition and 165 Hz refresh rate and a lightweight and compact Huawei MateDock 2 multiport adapter with HDMI, VGA, USB-A and USB-C ports to enrich connectivity. All for the sum of 1349,99 euros.

Then this same Huawei MateBook 16 R7 is also available at the price of 1149,99 euros. In this case, a Huawei BT Mouse II mouse in green is offered. Separately, this normally costs 59.99 euros.

The version of Huawei MateBook 16 with AMD Ryzen 5 5600H CPU is displayed at 999,99 eurosand includes the same wireless mouse model discussed above.

The Huawei MateBook 16 benefits from an elegant design with ceramic sandblasting which brings a matte and smooth finish as we are not used to seeing on this kind of device. With a thickness of only 17.8mm and a featherweight of less than two kilogramsthis portable PC is both thin and light in order to facilitate its daily transport.

We can also enjoy his fully backlit keyboard for greater typing comfort, as well as a glass touchpad with Multi-touch support for easy navigation even without a mouse. The power button incorporates a fingerprint reader to unlock the computer via biometric authentication, without the need to enter a PIN or password.

If the Huawei MateBook 16 manages to keep a compact format despite its 16-inch diagonal IPS panel, it’s because the brand has succeeded in reduce borders around this for a screen-to-frame ratio of around 90%. The screen adopts a “2.5K” definition of 2520 x 1680 pixels, superior to traditional QHD. It is capable of displaying 100% of the colors of the sRGB color space and boasts a depth of 1.07 billion colors. Creatives will also be pleased to learn that an average of △E＝1 has been measured for color accuracy and fidelity.

The model of Best-equipped Huawei MateBook 16 embeds an AMD Ryzen 7 5800H processor engraved in 7 nm, which has 8 cores and 16 threads for a TDP of 54W. A CPU cut to run creative software for activities such as photo editing, graphics or video editing. The processor is accompanied by 16GB of dual-channel DDR4 RAM for multi-tasking and the most resource-intensive applications, as well as a 512GB NVMe PCIe SSD to improve system fluidity, open software quickly, transfer files at a higher speed… 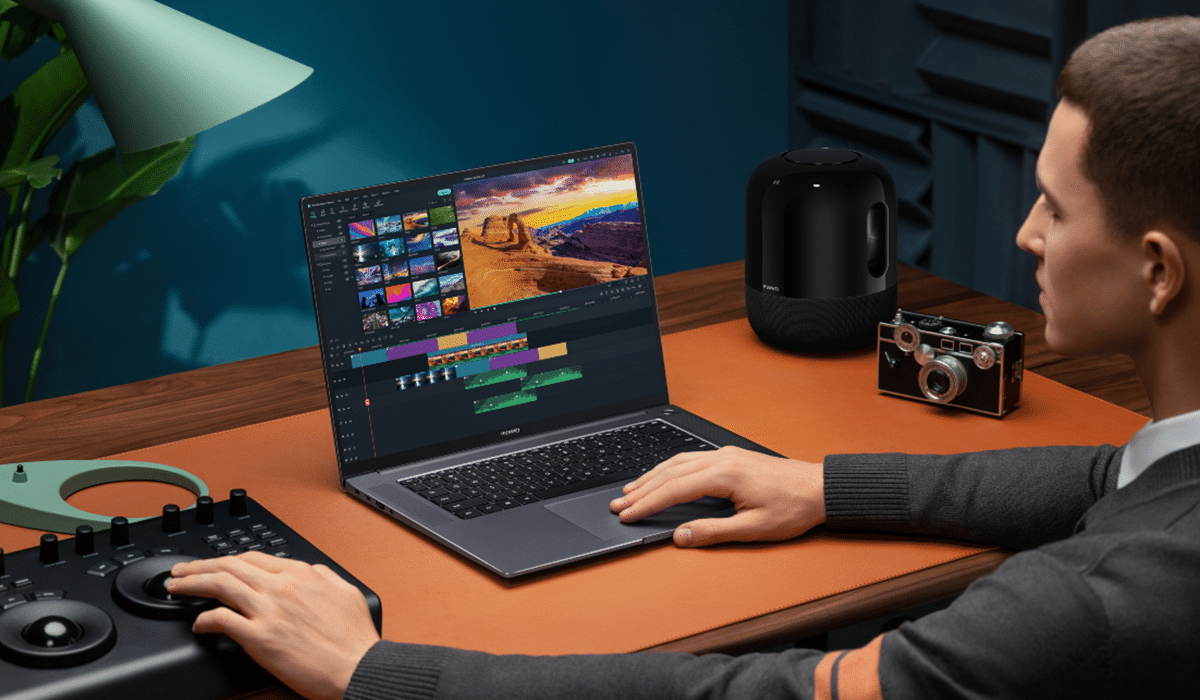 A laptop worth its salt shouldn’t just be about raw power, it should also know regulate your temperature quietly, even when under heavy load. For its MateBook 16, Huawei relies on a custom cooling system based on dual ventilation. 79 ultra-thin Shark Fin copper alloy blades with a thickness of 0.1mm are in charge of heat dissipation, carried away through two extra-large 2mm heat pipes.

For watching videos, listening to music or playing video games, the Huawei MateBook 16 is incorporated two surround sound speakers forward-facing speakers that deliver clearer, crisper sound. For video conferencing or communication in online games, two microphones with AI-driven noise cancellation and echo reduction make it possible to clearly reproduce the voice and be heard by the person you are talking to.

The connectors consists of two USB-C ports (which support data transfer, charging and DisplayPort), two USB3.2 Gen1 ports, an HDMI jack and a 2-in-1 3.5mm headphone jack and microphone.

Finally, the Huawei MateBook 16 comes with Windows 11 Home pre-installed. The laptop also benefits from advanced features exclusive to Huawei such as Super Connectivity Mode to easily connect devices to each other, access files from your mobile, transfer calls from the smartphone to the PC and even control your phone from your computer screen. .

This article was written in partnership with Huawei.