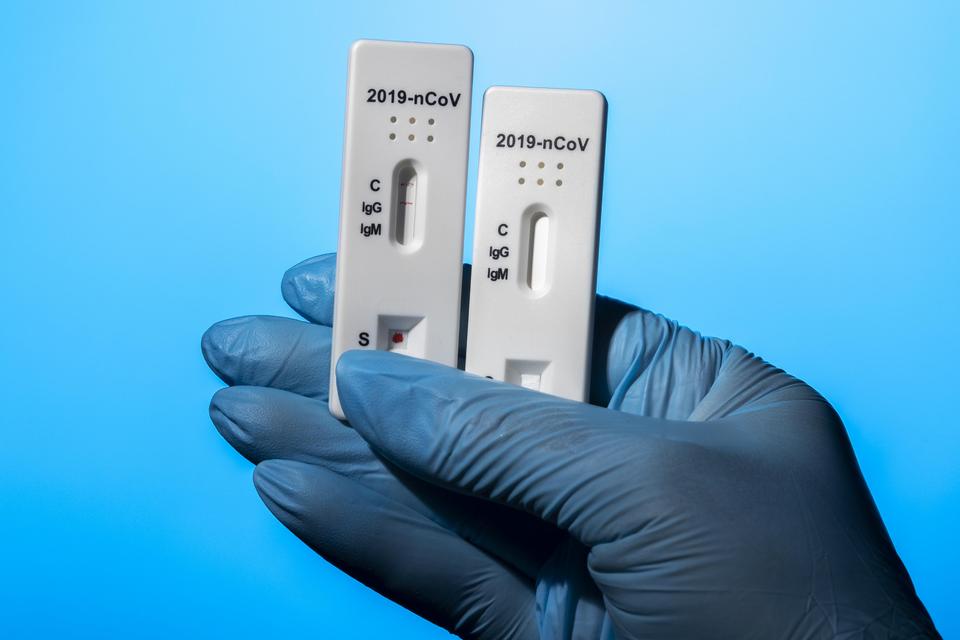 In their eagerness to live with before the Covid-19 pandemic, many people have been testing for antibodies to the new coronavirus shortly after being vaccinated. Spoiler alert: there’s no use.

“They will not clarify the patient and can cause confusion. When the result is negative, the person may believe that the vaccine did not work on him. If it is positive, there is a risk of abandoning the protective measures. In reality, none of these interpretations is correct “, explained the director of the Brazilian Society of Immunizations (SBIm), the pediatrician Flávia Bravo, to the BBC Brazil.

Roughly speaking, the vaccine is a way to “trick the immune system”: it pretends that it is the disease to prepare the body for when the real virus arrives. In the case of Covid-19, the vaccines alert the immune system against protein S (present in the spikes of SARS-CoV-2), responsible for binding the virus to human cells and allowing them to be infected.

According to SBIm, “even with a positive result for antibodies against protein S, it may not be possible to assess whether this immune system response was induced by the vaccine or from a previous infection by the virus”.

Like the disease, the tests that detect it are relatively recent. These are the most accessible:

They can detect both protein S and antibodies. As the name says, they are fast and, consequently, highly inaccurate: the Ministry of Health determined that their error rate reaches 75% for negative results.

Instead of the virus itself, it checks the body’s immune response to it by detecting the IgA, IgM and IgG antibodies present in the blood.

“These tests are very new and we do not yet have enough information on what their real applicability is,” he told the BBC the clinical pathologist Carlos Eduardo dos Santos Ferreira, president of the Brazilian Society of Clinical Pathology and Laboratory Medicine.

The medical consensus is that, even after immunization, it is still necessary to wear masks, maintain social isolation and hand hygiene. That’s because the vaccine, in addition to not protecting 100% (none protects), also needs time to “wake up” the immune system – and it takes almost a month to prepare.

Except for exceptions, the human being arrives in the world with the so-called innate immunity, that is, the ability to identify and fight, in a matter of minutes, anything out of the ordinary that invades the organism. In addition to these, the body still has two battle fronts: the humoral and cellular responses, both carried out by the lymphocytes.

“The humoral response is made by B lymphocytes, which come into contact with parts of the pathogen and develop antibodies known as IgA, IgG and IgM. The cellular response, in turn, is in charge of T lymphocytes”, explains the president of the Scientific Committee of the Brazilian Society of Immunology and researcher at the National Cancer Institute (Inca), the doctor and biophysicist João Viola.

These two armies of immune cells take about 20 days to be completely in the field, triggering all the defenses against the invader and commanding dozens of other cells involved in the process.

The tests mentioned above only detect a small part of the enormous defense arsenal of the human body. “Therefore, they are not recommended in this context by SBIm and other entities such as the World Health Organization (WHO) and the US Center for Disease Control and Prevention (CDC)”, says Flávia Bravo.