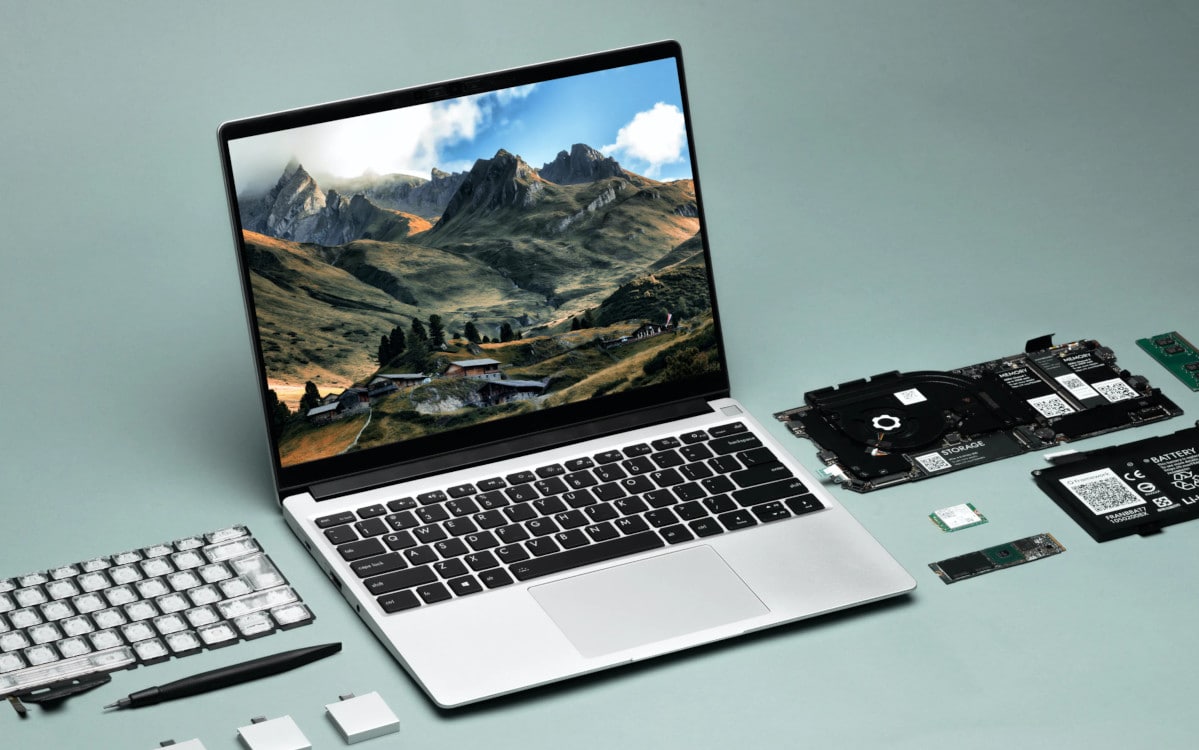 A start-up called Framework presents its first product, a modular PC that is easy to repair and improve. Screen, ports, keyboard, RAM, storage, battery and even motherboard can be changed. This computer, which comes with a screwdriver to uncover its guts, also benefits from a muscular configuration. The commercial launch is scheduled for summer 2021.

One of the fundamental differences between a desktop PC and a laptop PC, besides size, is adaptability and repairability. If a desktop PC component fails you, you can always replace it. If your graphics card struggles with the latest games, you can replace it. Of course, there is a limit to this. But desktop PCs are known to be more durable over time thanks to this feature.

Read also – A repairability index will appear on electronic devices from January 1, 2021

The laptop is also repairable. But it’s more complicated. It is also improvable to a certain extent. But it’s much less obvious than before where hatches in the chassis were provided to access RAM or storage. With the advent of ultraportables, including the MacBook Air, whose formalization by Steve Jobs is still in the minds of all fans of the Cupertino company, the frames are sealed. And the more difficult to reach components.

A PC that wants to combine modularity and performance

In contrast to ultraportables and their unibody design similar to those of smartphones, here is a particularly interesting initiative: Framework. It is the name of a start-up, created by Nirav Patel, former Occulus engineer, and a “modular” laptop PC scheduled for commercial launch this summer. The company’s goal is to create a product that is durable, repairable, scalable and environmentally friendly.

The configuration of the PC is quite good, although it hardly compares to that of a gaming PC. 13.5 inch screen in 3/2 format with a definition. Processor Intel Core i5 or Core i7 Tiger Lake with integrated Intel Xe graphics chipset. Up to 64 GB of RAM and 4 TB of internal storage. A Full HD webcam flanked by two hardware switches to block image and / or sound. Even though designers claim to offer high performance, this is a laptop designed for work. A little less for leisure.

A laptop PC delivered with a screwdriver to take it apart

The principle of Framework is simple: you have a base and you can easily change a large part of the components. The PC even comes with a screwdriver that allows you to open the PC shell and remove the usual parts, such as RAM, screen, battery or internal storage. It is also possible to change the keyboard, as well as the motherboard (to be able to change the CPU). Framework promises that all parts that usually wear out quickly are easy to replace. 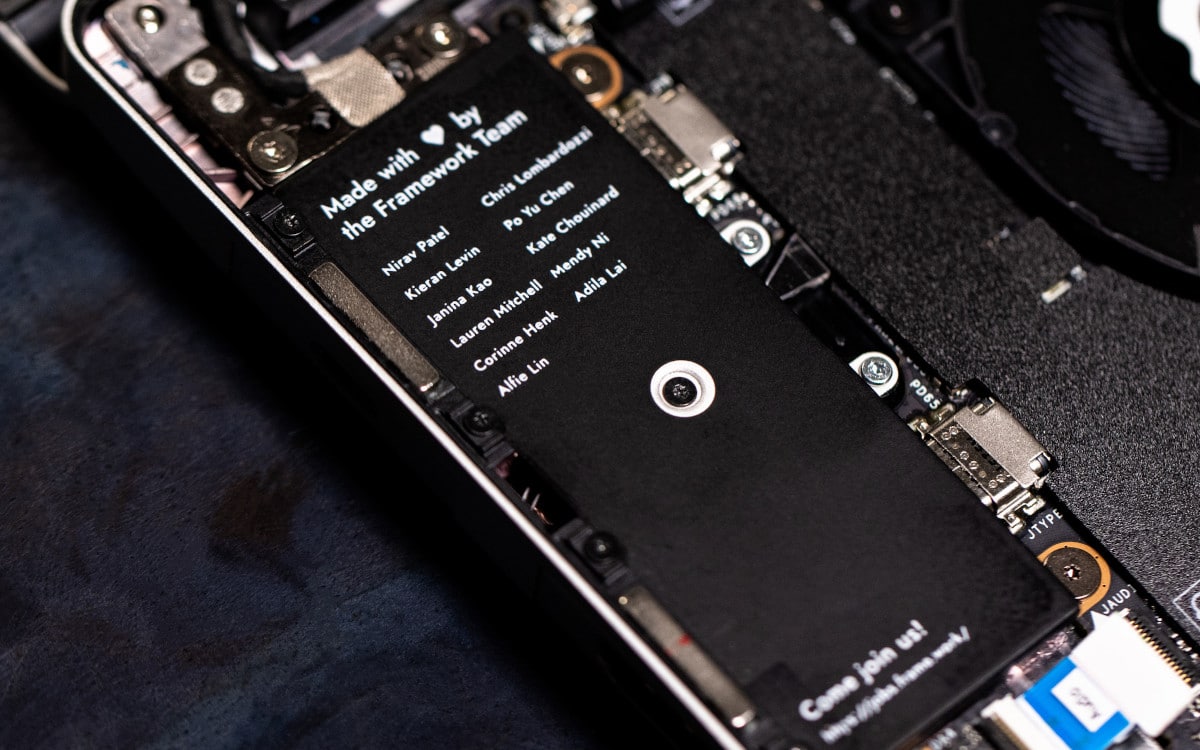 Each replaceable component is labeled with a code that you only need to scan to get to the manufacturer’s website. There, the user can purchase the spare part and access an explanatory video to accompany him in the repair. The goal is to make repair accessible to neophytes. And for experts, it is even possible to receive the laptop as a kit and to assemble it yourself.

Some components are even modular: two locations are present on the edge of the computer to adapt the connection as needed: USB type-C, DisplayPort, SD card, HDMI or storage. It’s very useful. There will be six modules at launch. These are mainly ports for plugging in accessories, such as a monitor, hard drive or memory cards. And Framework promises there will be more. 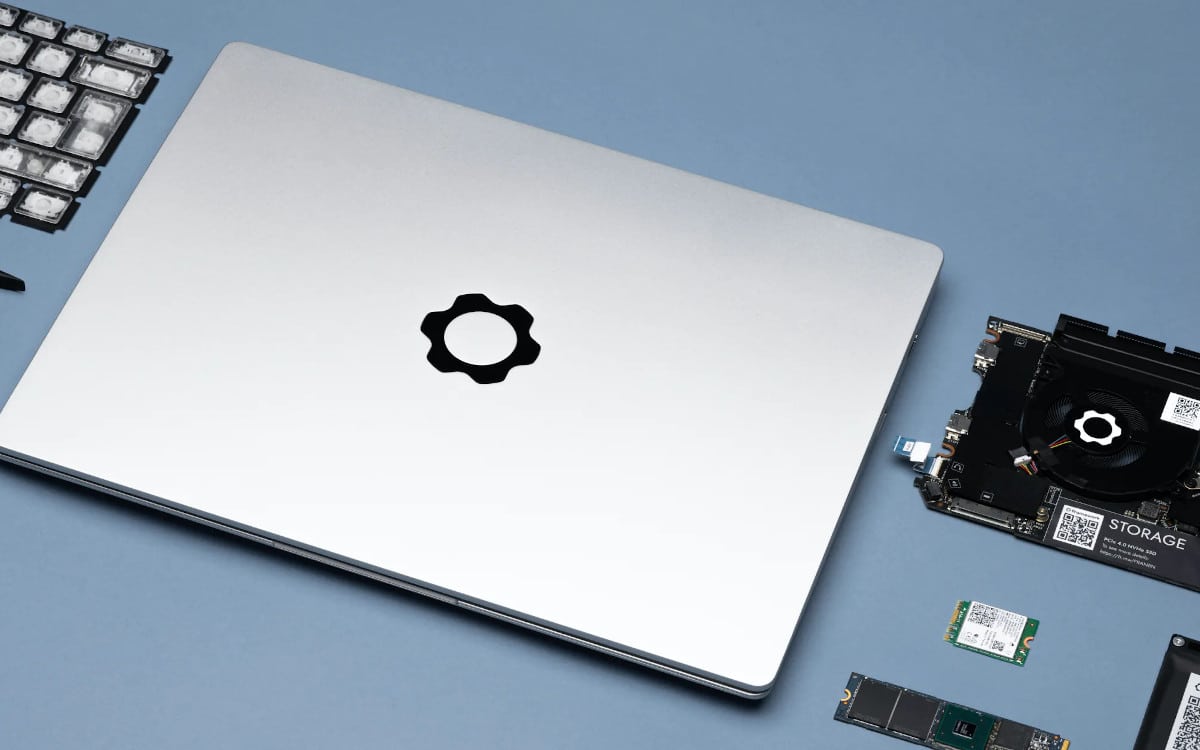 The modular and simplified construction of Framework has a downside: the chassis is relatively thick: almost 16 mm. However, it is not too heavy: 1.3 kilograms. On the construction side, in fact, Framework indicates to use up to 50% recycled aluminum and until 30% recycled plastic. As always, modular and repairable products are also (and most importantly?) Aimed at those who are sensitive to the environment, recycling and the environment.

This initiative is reminiscent of Google’s ARA project, abandoned in 2016, or Fairphone, these modular smartphones where many parts are easily replaced. The values ​​defended by Fairphone are the same as those of Framework. The advantages are also the same: durability, repairability, scalability. Certain faults are also, in terms of design in particular. The price of the Fairphone is also quite high compared to other more “traditional” brands. Hopefully, this will not be the case for Framework. Response in the coming months.