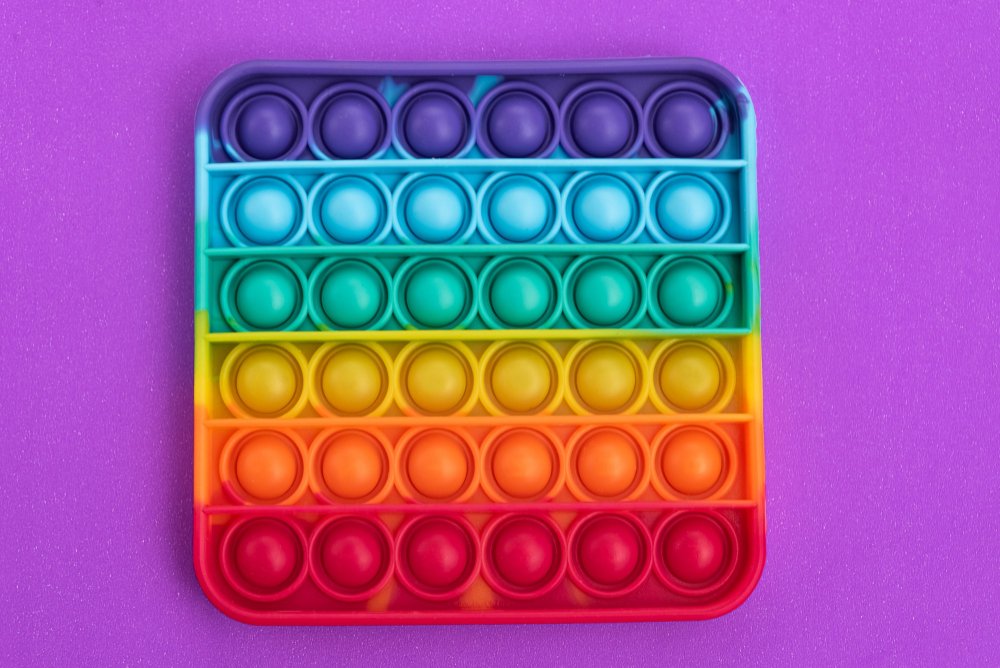 If you live with a child, you’ve probably heard of it: o pop it. This fidget toy – an English term to define toys that, according to its advertisement, are anxiety reducers – it is the most recent to invade store shelves (virtual and physical). But will the pop it does it really reduce stress? And can a child really be stressed? Here’s what scientists have recently discovered about the toy that promises to be one of the champions in orders this Children’s Day.

Fidget, in English, means restlessness. The word was associated with the performance of small movements, mainly of the hands and feet. O pop it enters the class of toys that act as an escape valve for this behavior. Before, we did this by clicking the pen, moving our legs, popping bubble wrap, snapping our fingers or rotating the famous – and now somewhat obsolete – spinners, those toys to rotate in your hands that became a fever in 2017.

The short answer to the question is that yes, the pop it, a reusable version of bubble wrap that comes in all colors, sizes and amounts of marbles, can even reduce stress and relax the bodies and brains of adults and children alike.

Katherine Isbister, professor of Computer Media at the University of California at Santa Cruz (United States), wrote an article on the topic on the American website The Conversation. She and her colleagues have spent the last few years studying how children and adults interact with these objects. For the specialist, the use of these toys is not just a “fever” that will soon disappear.

Why are we restless?

We tend to get restless when carrying out a long task or in situations where we need to be still and attentive for a long time, such as a long meeting. According to Katherine, people often report that touching an object with their hands helps them to keep their attention: toys like the pop it – or a flash drive, a paper clip, whatever is within reach – end up working as a fine adjustment for focus.

The scholar reported in her article that research in psychology on sensation seeking teaches that people often try to adjust their experiences and environments to provide the right level of stimulation. And different people work well under different circumstances—some like total silence to concentrate, while others like to work in busy, noisy environments.

“People adjust their environments to do things the right way – for example, putting headphones in a noisy office environment to switch to less disruptive noise,” said Katherine. She explained that a person might find it useful to use an item like the pop it to stay focused and calm while staying still.

And in the case of children? Are they stressed? Not necessarily. But in Katherine’s research, the little ones talked about how the fidget toys help them to control their emotions. “They can squeeze a stress ball when they’re angry, or caress a soft, fluffy toy when they’re anxious,” exemplified the scientist.

Katherine recalled that there was still no definitive research on the impact of these toys, but in a preliminary study, sixth graders who used fidget toys during class they reported that their “attitude, attention, writing skills and interaction with peers improved”.

There are indications – which still need to be proven by more comprehensive studies – that toys like the pop it can help people with attention deficit hyperactivity disorder (ADHD). Katherine has already joined forces for new research with behavioral science professor Julie Schweitzer. Their goal is to better understand how the use of fidget toys it can help with people’s concentration.

For the future, new toys of the kind must be developed — and with more features. Katherine has even acted as a consultant for the development of some. And you like to use toys like the pop it? Tell us!