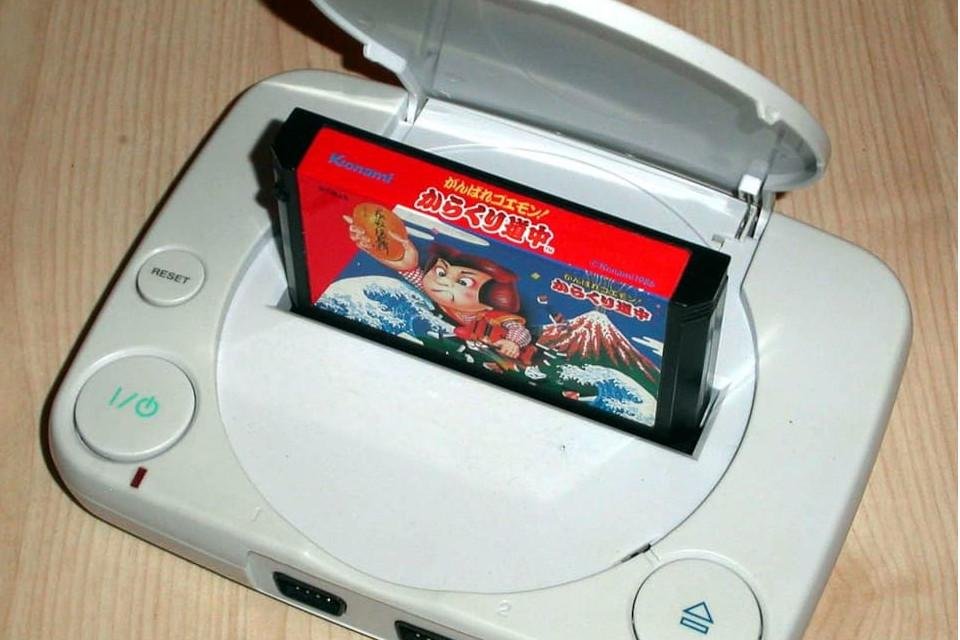 O PolyStation marked the lives of many children born between the 1980s and 1990s, but not always in a positive way. The first version of the video game had a housing that resembled Sony’s PlayStation, including a possible CD player. Inside was an 8-bit console that was an “unauthorized” copy of Nintendo.

To the children’s disappointment, the appearance of the PS One, which had 32 bits, with a much cheaper price, made parents mistakenly buy the PolyStation as if it were a next-generation console.

The box even imitated the PlayStation font and still had images of the Sega Saturn, PS One and Nintendo 64 on the back. The packaging still promised stereo sound, even if only mono was available. Not only was the audio disappointing, the graphics quality was much lower than the original games.

In general, the finish of the device was produced with plastic and poorly made. The controller mimicked the design of the PS1, which already offered 14 buttons, but some keys were just decoration. And to make matters worse, the wires were short and fragile, which forced players to get too close to the screen and hinders the game experience a little.

Despite the pranks, the NES clone was a lot of people’s first video game and was missed. In particular, because the console was much more accessible. In addition, the Nintendinho cartridges, European or Japanese, worked perfectly in the pirated device, which guaranteed the fun of the kids.

What year was PolyStation released? 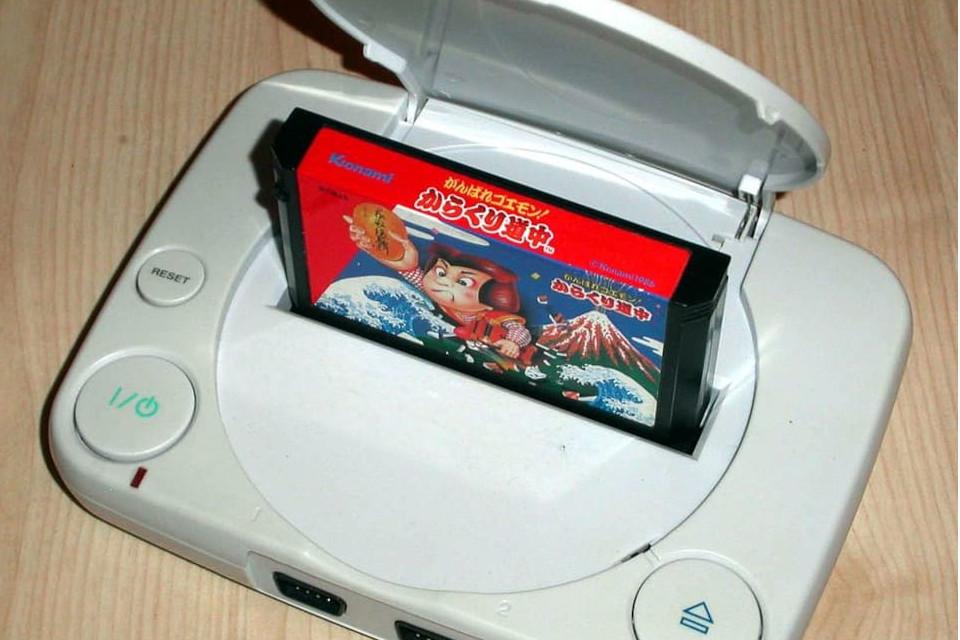 The PolyStation was launched in 1997, but it only became popular among Brazilians from the year 2000. In the same year, the PlayStation 2 was launched in Japan and the United States, but it would take almost 10 years to arrive in Brazil. At the time, PC games were still rare and The Sims, a kind of preview of the metaverse, was a worldwide phenomenon.

The technology that allowed the emergence of the pirate console, however, emerged in the early 1990s. The development of the NES on a chip (NOAC) allowed the Nintendo motherboard, called the Famicom in China, to be reduced to a very small and affordable size.

With room to spare, the design of the “unofficial” devices could mimic any other video game. This made possible the emergence of a series of famiclones, as pirated consoles were known.

It is not known exactly who created and manufactured the PolyStation. What is certain is that the clone was produced in China and violated Sony and Nintendo’s patents. The pirate console arrived illegally in the countries of South America, Latin America, Southeast Asia, Europe and Oceania. The video game arrived in Brazil via Ciudad del Este, in Paraguay.

Trader Ali Ahmad Zaioum, a Lebanese naturalized Paraguayan, even patented the brand and design of the console to extort other sellers of the famiclone. However, he was accused by the Paraguayan justice of falsifying documents and information to obtain registration with the country’s Ministry of Industry and Commerce.

How much did PolyStation cost?

Price was the PolyStation’s main attraction. The console cost R$99.99 in 2001, while its “competitors” like the Nintendo 64 and PlayStation were sold, respectively, for R$659 and R$900 when they were launched.

The pirated video game could even be found in stores for R$1.99. These establishments were quite popular for selling all kinds of products imported from China and were synonymous with economic shopping.

This does not mean, however, that the copy of Nintendo disguised as a PS1 could be bought by anyone. At the time, the minimum wage was no more than R$180 and the unemployment rate in Brazil during the early 21st century easily exceeded the 10% mark. 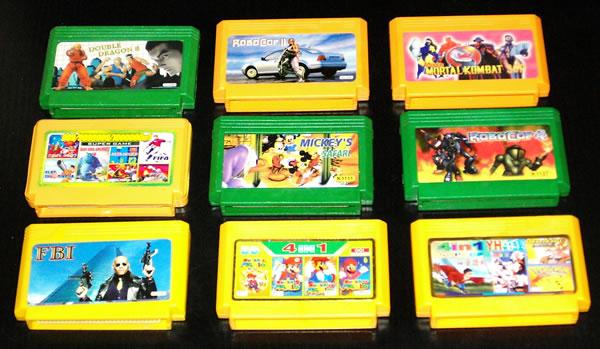 In addition to the price, another great attraction of the PolyStation was the number of games offered. Some were already installed on the console. The sensation, however, was the yellow cartridges sold at R$5 that promised an almost infinite amount of games. Promises of “99 games in one” were not uncommon, if not “999 games in one” or even “999,999 games in one”.

But, like everything else on the pirate console, it was all deception. In practice, the cartridge did not have more than 20 games copied on Nintendo or Konami, including some arcades. The total number was only completed by a series of very similar games with few changes.

Interestingly, the less famous NES titles gained some notoriety in their pirate brother. However, many of the most popular games on Nintendo’s console were quite difficult to find on PolyStation cartridges.

In the memory of the first version of the video game, they could be played SnowField Shota hack of DuckHunt; TwinBeea spaceship game released in 1985; Macrossknown in Brazil as War in the Galaxy; Baseballcopied from a game of the same name on the NES; Road Fightera traffic rush; Jewerlya puzzle that reminds Tetris; among others.

On the tapes, the options were much greater and it is almost impossible to make a complete survey of the games offered. deserve prominence Adventure Island, Battle City, Circus Charlie, Chip ‘n Dale Rescue Rangers, Hyper Olympic (known in Japan as Track & Field). 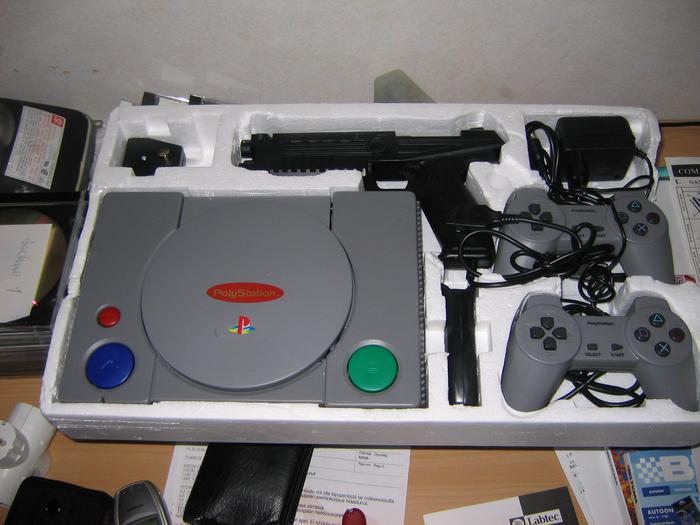 The console’s success was such that the clone didn’t stop at its first version. The PolyStation 2 mimicked the second PlayStation and was perhaps the best of them all. There have been many editions of the pirated video game, some with a famicon cartridge, some with Xbox controllers, and even some with a gun. Inside, however, the console was the same 8-bit copy.

The big difference of the PolyStation 2, however, was a built-in LCD screen (which barely worked), but promised to dispense with the need for a TV. The video game was powered by two AA batteries, which made it a true portable console. The video game housing even had a compartment to store the controls on the back, in addition to USB ports (fake, of course).

If you had a PolyStation and want to kill the longing for the console, you can get the video game even cheaper than when it was in its heyday. Currently, the console can be found on the internet for prices starting at R$30. Cartridges, controls and other accessories are also offered on e-commerce platforms.

But before buying the rarity, make sure the device is still working to avoid falling (again) into the prank. Unless your nostalgia also includes the feeling of disappointment when opening the video game box.