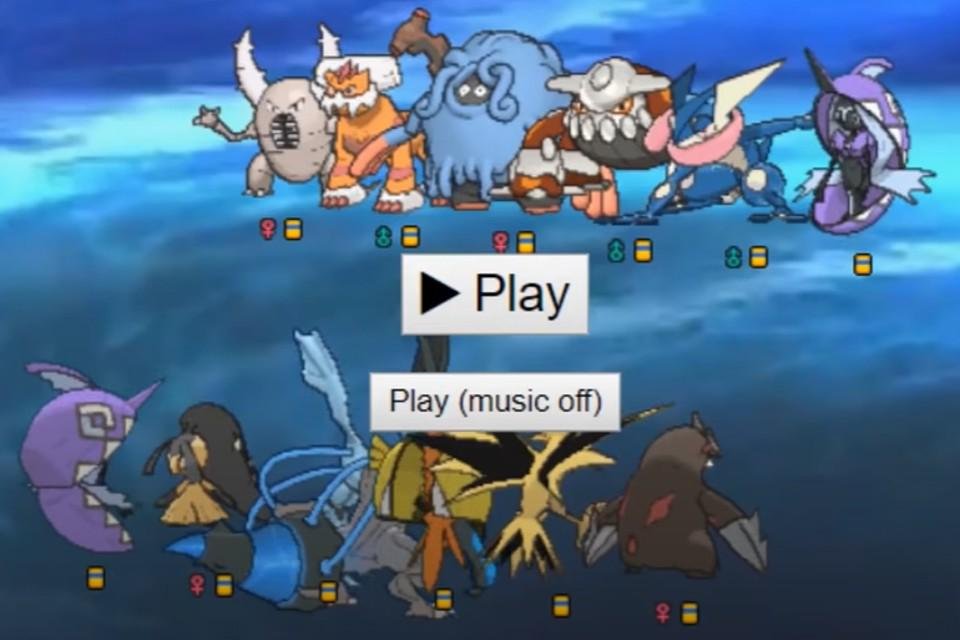 The official games of Pokémon are all concentrated on Nintendo consoles and mobile devices, but it is also possible to put the little monsters to fight on PC thanks to the game Pokémon Showdowna fan-designed project that is focused solely on multiplayer combat!

On the game’s official website released in October 2011, you can start battling without having to download anything, or download the mobile app. The premise of the show is that you build and experience teams with any little monsters that have appeared in the series in search of the strongest lineup of them all, as you can see in the trailer:

The whole idea is to concentrate in a single online environment the same conditions you would find in your Wi-Fi battles on consoles, but now in a single, more stable place. We used as the main reference in this utorial the material present in the Smogon forums, a site that is the maximum reference in the competitive scenario of the game.

First of all, we are going to teach you how to start playing, something that can be quite complicated since the site is all in English. At the top of the page Pokémon Showdown, press the “play” button, and then go to the “Choose Name” tab to enter the name you would like to be known by in battles. For your convenience, you can also create an account and leave your crews of creatures saved in the system.

In the left corner of the screen you will be able to choose whether the battles will take place in pairs or in a simple format of just one pokémon against the other. “Random Battles” would be random fights, while “Anything Goes” removes all rules restrictions at once. In the video below you can check out a complete guide with everything you need to know about the fights, in case you still have questions:

To start building your own team, click on “Team Builder” also in the left corner, and then on “New Team”, which will show you which characters you can choose from. Press “Add Pokémon” to put them on the team along with your desired moves. Hardcore players will certainly appreciate being able to tweak the Nature, EV and IV of each creature, customizing each of the 508 available points to reallocate between attributes.

When it’s over, just save the team and start fighting by clicking “Battle”! You can also make some small tweaks to make the game look your way by clicking the gear in the top right corner of the main menu after logging in. There, you’ll be able to change your avatar, configure the chat and even activate the dark mode to make the game and chat screen easier to read. And speaking of chat, there are some commands you need to know too.

Messages that start with “/”, without the quotes, are commands that you can send to perform various actions, such as /faq (which opens a list of frequently asked questions to answer the most common questions), /rules (which shows the rules complete platform), /challenge [nomedojogador] (used to challenge the person whose name is typed in square brackets) and /roomhelp (shows a list of possible commands to be used by those in the room).

Building a team to compete

While some game modes like “Random Battle” (affectionately called “Randbats” by the community) don’t require you to build a team from scratch, offering a random selection of more immediate battles for those who just want to fight fast, compete in battles OU, Monotype and Uber require the player to assemble a team, which can be done by pressing the “Teambuilder” button on the main menu.

This is an example of what a Pokémon fully prepared for online battles looks likeSource: Smogon

Ubers, for example, are not ride-hailing apps, but rather a type of battle where you can use any tactic and skill that isn’t banned from the meta for being too powerful. So when playing you will be able to determine each move and attribute, passing by the gender and happiness level of the little monsters. If you accidentally violate any rule requirements, the game itself will ask you to redo your team creation changes before fighting.

For the more competitive crowd that likes the feeling of climbing through the ranks and taking on stronger and stronger opponents, instead of directly challenging a player, choose your favorite team and match format in the upper left corner, which will put you in the queue of ranked wait. Players of a similar level always face each other around here, and the more you play, the better calibrated the system will be.

Will you be able to improve your level even more through this game? By the way, did you already know this game? Eager to try out its online features? What is your dream team like? Tell us in the comments below!