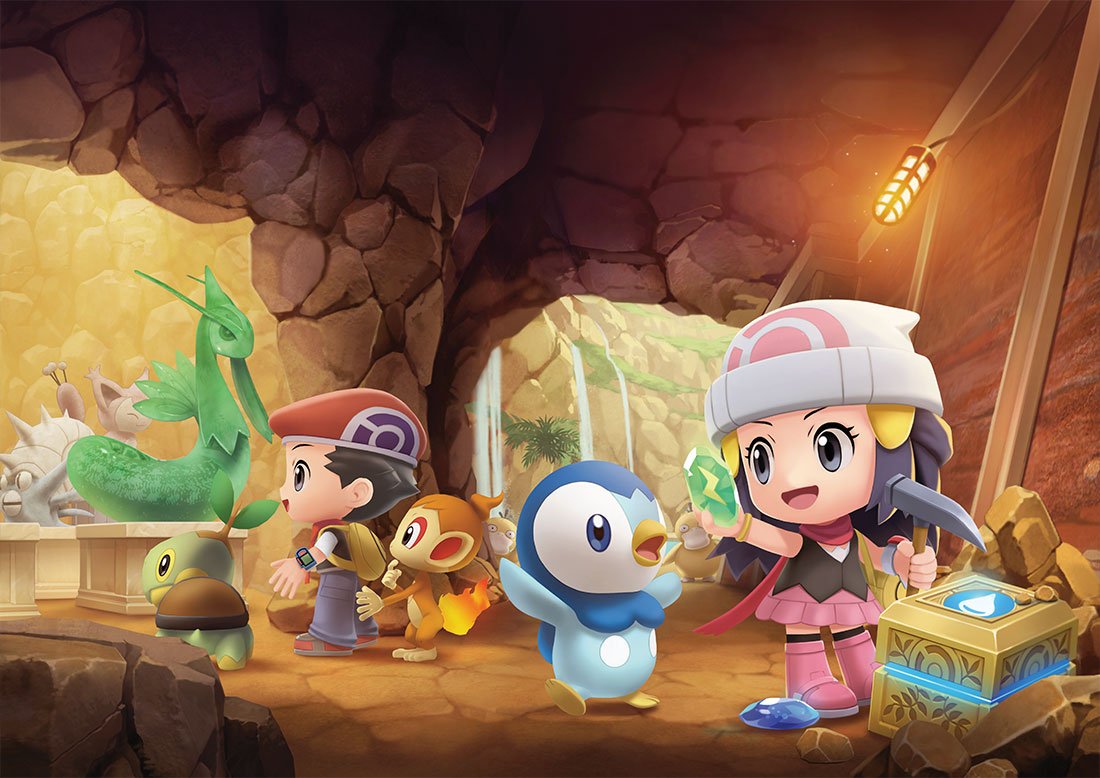 Tradition has once again been honored: a new Pokémon cannot be released without a fierce discussion on social media about the quality of the game. Although some criticisms are well founded, the hate that is fomented on the internet ends up being a determining factor in demotivating players who see the franchise’s titles as an escape valve, a way to revisit the past and enjoy nostalgia.

Of course, we’re all aware that The Pokémon Company needs to bring more will and ambition to its productions, maybe even reinvent itself, but we can’t discredit the company and shrug off the weight its releases have on the industry. After all, there is always Pokémon news on the radar to stimulate our hype, whether in games or any other entertainment medium. You blink and look: Pokémon Legends: Arceus, the RPG produced by Game Freak, is just around the corner. Pokémon content is not lacking these days, we are always well catered for.

A história do hate na internet se repetiu em Brilliant Diamond & Shining Pearl, remakes de Pokémon Diamond & Pokémon Pearl, the first of the main series released for the Nintendo DS, responsible for introducing the fourth generation of pocket monsters in the distant year of 2006. This time, however, the adoption of a new graphic standard became the main target of criticism — and as I mentioned above, complaints posted on social media are sometimes well founded. Check out what we think of the two games:

When you move in a winning team…

If you’re interested in this review, chances are you already know the basic premise, but here we go: the goal in the game is, very briefly, to become a Pokémon master. For that, you need to capture all the little monsters and defeat the eight gym leaders, as well as the powerful members of the Elite Four. That’s it, you already have all the information you need to start the journey if you’re not familiar with coaching life — which I find difficult at this point in the championship, with the franchise turning 25 years old. 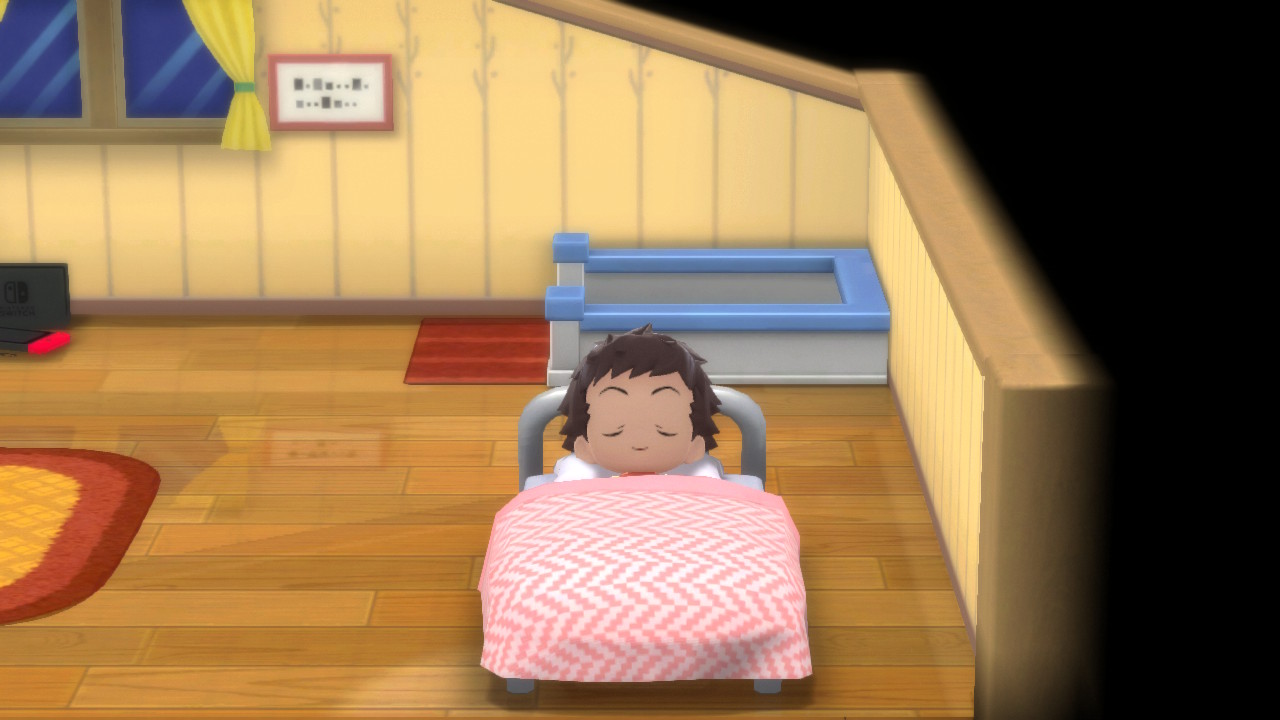 How Game Freak is dedicating its resources to the development of Pokémon Legends: Arceus, the work of redoing Diamond & Pearl was in charge of ILCA Inc. (acronym in English for “I Love Computer Art”), a Japanese developer relatively new to the market, founded in 2010.

The community’s distrust came from the fact that ILCA has always acted as a support studio, even though it has been an important support arm in high-caliber projects such as NieR: Automata e Dragon Quest XI: Echoes of an Elusive Age. The company, in fact, developed Pokémon Home, the app for Nintendo Switch and mobile devices that lets you store Pokémon from different games in one place — only we’re talking about a service, not something playable designed from scratch. 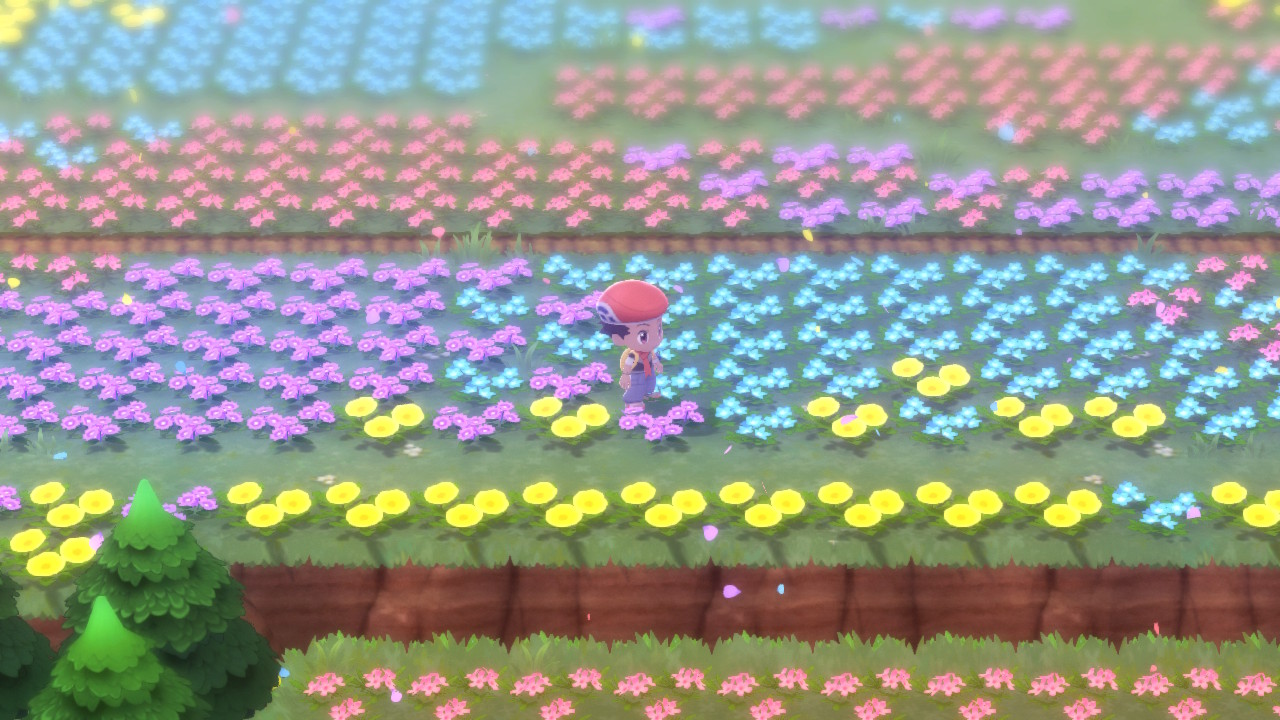 As it was a remake, ILCA’s task was basically to adapt Diamond & Pearl to 3D without the two games losing their essence. Instead of following the esthetics adopted by Game Freak in Pokémon: Let’s Go, Pikachu! & Pokémon: Let’s Go, Eevee! — in my view, the cutest Pokémon on the Nintendo Switch — the studio chose to implement a chibi-style version of the Pokémon universe, whose features are marked by headstrong characters.

Even though it was supervised by Junichi Masuda, responsible for many of the Pokémon games, including Diamond & Pearl, I can say in advance that the project is not up to the original works. There’s no denying, however, that balloon-headed characters carry a very particular charm. 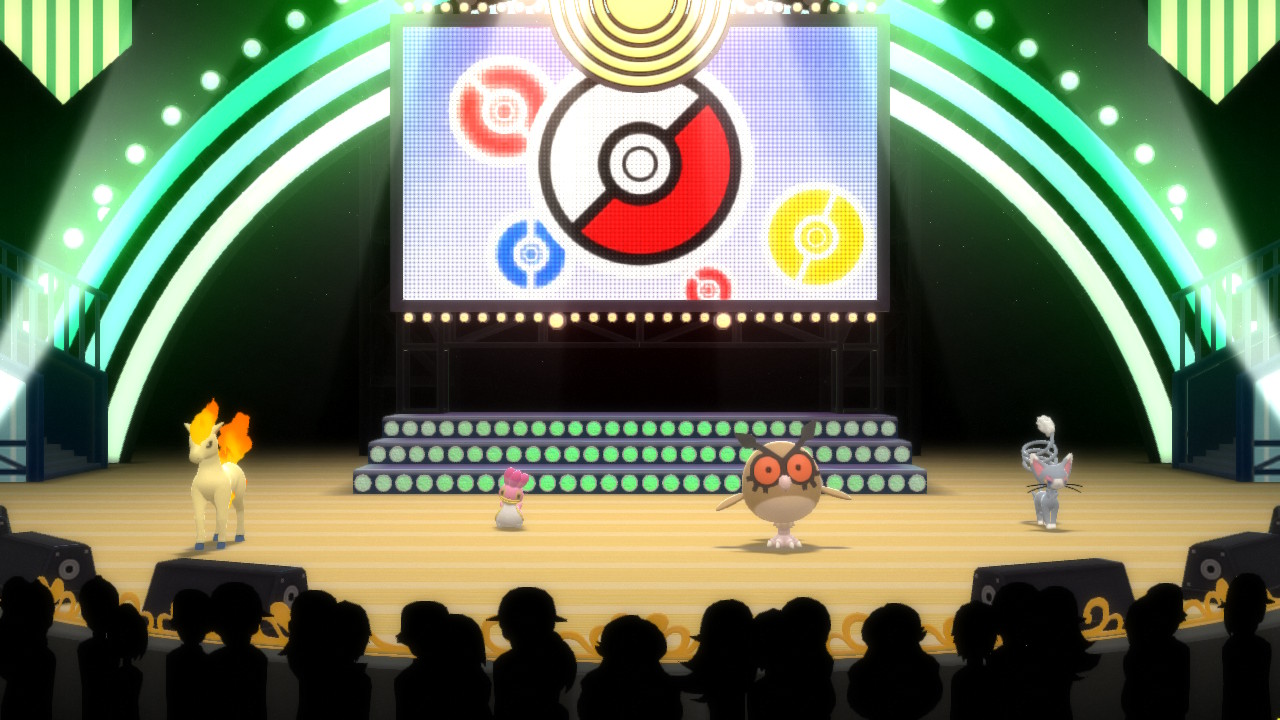 As a huge Pokémon fan, I could try to find a thousand excuses to defend the Pokémon art style. Brilliant Diamond & Shining Pearl, but I’ll be honest and to the point: my problem with the look is the lack of ambition, not wanting to go beyond the basics, which is content to reproduce a generic and “pasteurized” version of Sinnoh. Remakes are like a fancy lunch that lacks seasoning: you even recognize the flavor, the quality of the spices, but you miss the ingredients that usually surprise the palate.

Bland and lackluster, the Sinnoh region does not offer scenery inviting to explore, at least not visually, and it saturates the eyes with 3D models that repeat themselves to exhaustion and a warm color palette that, in practice, looks rather faded. In the original game, Sinnoh felt like a more comforting place. 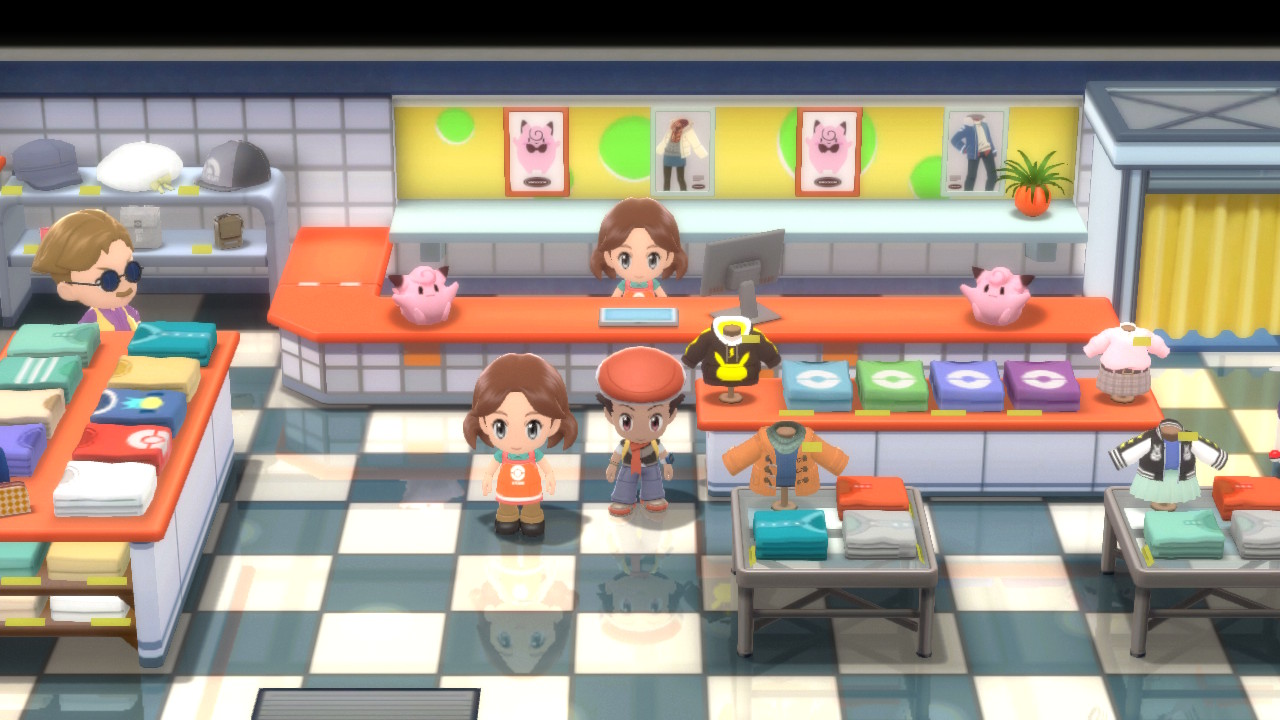 The “opaque” tone of the adventure is even more evident when playing on TV, with the Switch connected to the dock. In portable mode, however, especially on the OLED Switch, the console used to produce this review, the colors gain a little more life, but nothing to change our minds.

On the other hand, I must register the great work of the developers in improving foliage and vegetation, now denser and more voluminous, in addition to adding better textures and a competent lighting system, designed to highlight shadows and favor the feeling of depth. The animations are also not left behind and present players with characters that react to the animals’ actions during battles. 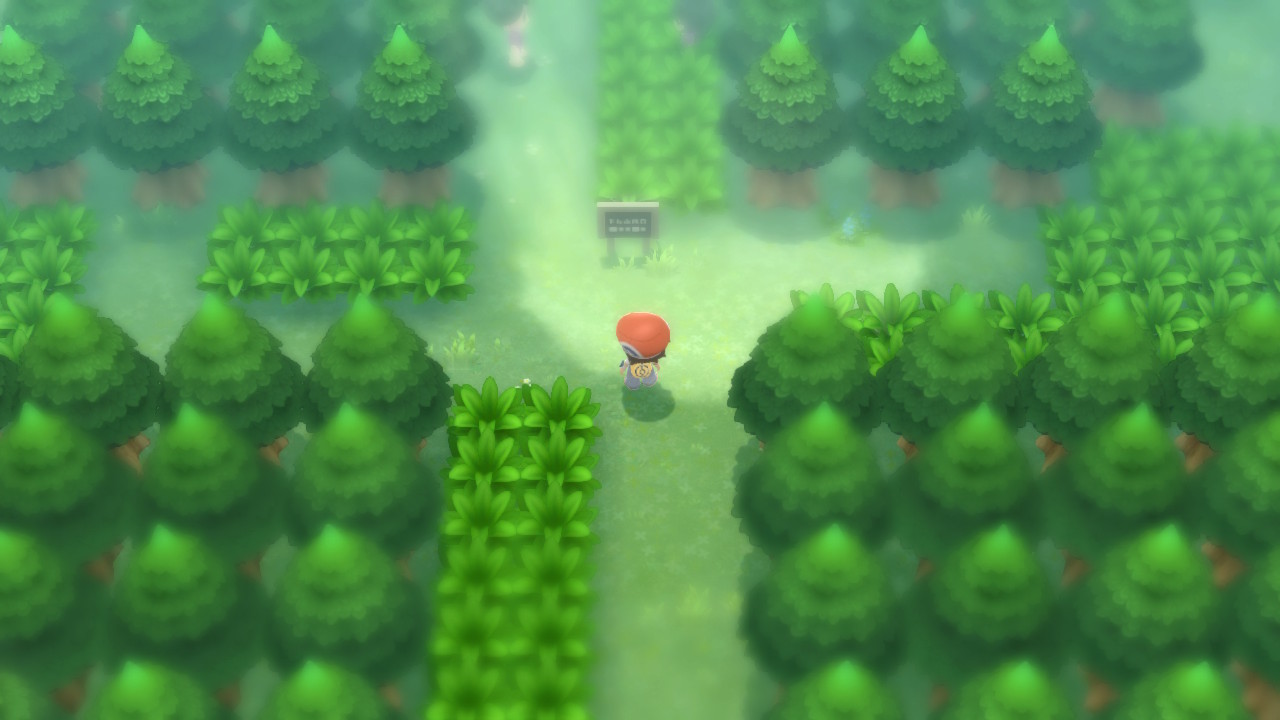 Regarding the Pokémon models, it is noted that there was not the same attention as Let’s Go, Pikachu! & Let’s Go, Eevee! e Sword & Shield. While the little monsters are well represented, they’re not as captivated as the creatures in recent games — at least that’s the perception I got after venturing for dozens of hours in a revamped Sinnoh.

Brilliant Diamond & Shining Pearl they are the same games from 2006, no matter what: two great monster collecting adventures with turn-based RPG combat. In fact, minor changes have been applied to quality of life elements, such as the inclusion of a permanent Exp. Share, which makes all Pokémon in the party receive experience points after battles, as well as a more robust system for customizing Pokémon. trainer and the ability to use HMs directly from the Pokétch device, eliminating the requirement to assign them to little monsters. 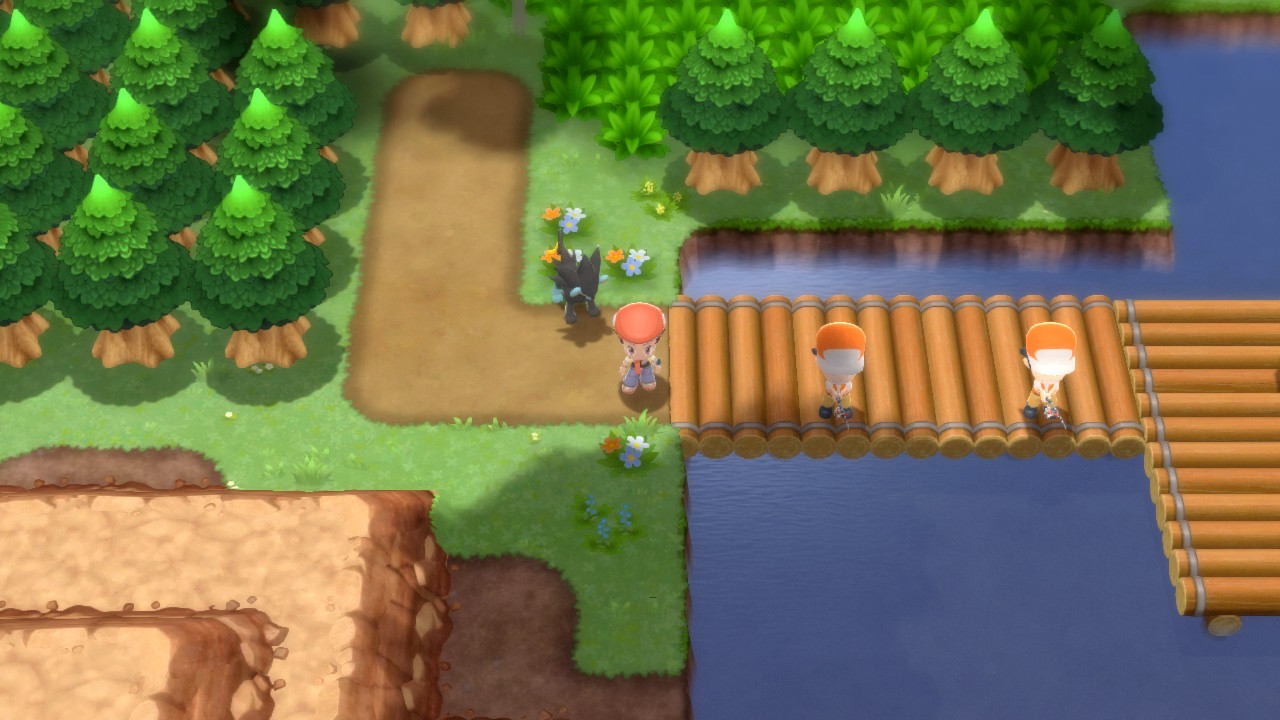 For those who don’t know, Hidden Moves are special moves used to interact with specific elements of the scene, releasing shortcuts and unlocking previously inaccessible parts of the world. Recovering the memory of my 13 years old, I remember as if it were today taking a “wild” Pokémon from the group to fill it with Hidden Moves, making it totally useless in battles. Who never had to give up one of the party’s six little monsters in the first games, right?

All these improvements are very welcome for those just starting out, but they made an already easy game even easier. In the case of Exp. Share, for example, we would need to have at least the option to disable it. It may seem like a small and even irrelevant detail, but I’m sure you’ll agree with what I’m saying as soon as you get ahead of your opponents in third gym. Stopping to think now, I would quietly put Brilliant Diamond & Shining Pearl topping the list of most accessible titles in the main series — just like that, no hesitation. If this is a positive point? It depends on what you are looking for in a Pokemon experience. 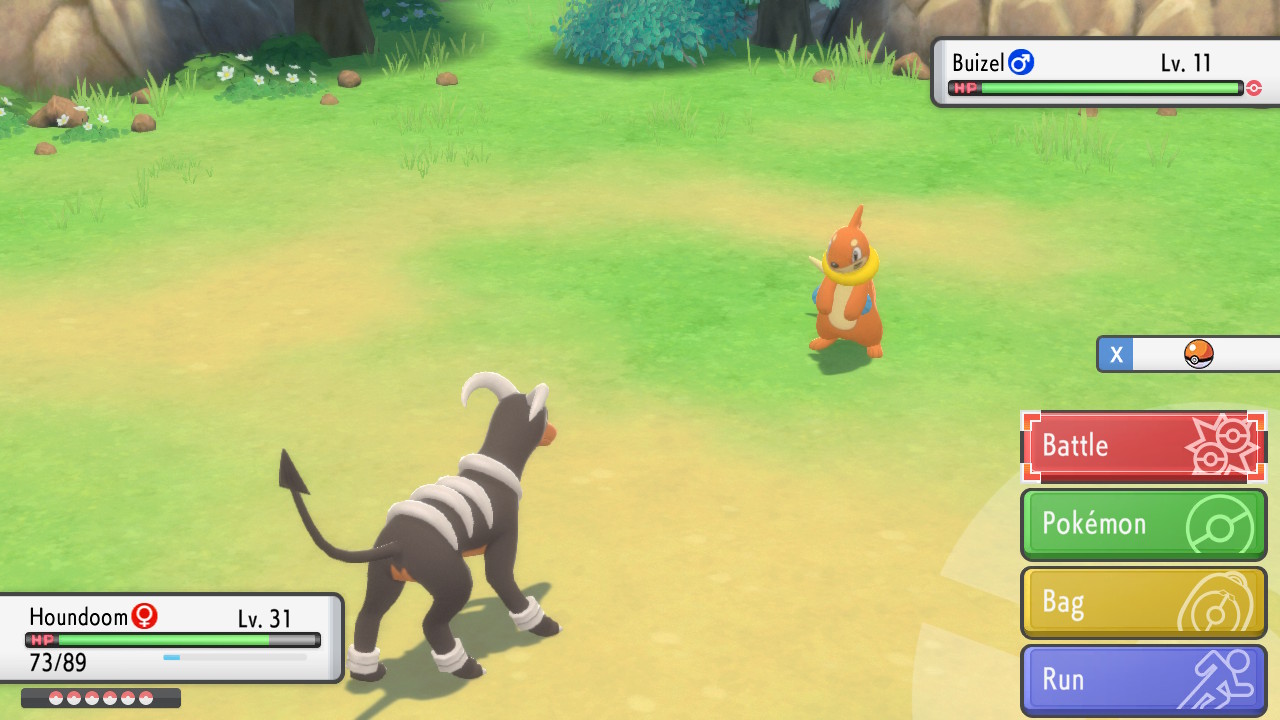 To those who were disappointed with the list of Sword & Shield, the remakes of Diamond & Pearl allow trainers to unlock the National Pokédex, the first three phases of the bugs, as soon as the 151 fourth-generation Pokémon are discovered. So that’s almost 500 little monsters to be captured, not counting the shiny post-game versions.

In addition to promoting punctual adjustments that care for rhythm and accessibility, the remakes offer a robust version of the classic optional dungeons. Entitled Grand Underground and accessible anytime from the Explorer Kit, it is an underground area of ​​Sinnoh, interconnected by the region’s tunnels, which grants rare items and special accessories, also housing unique creatures that can only be captured in caves. . 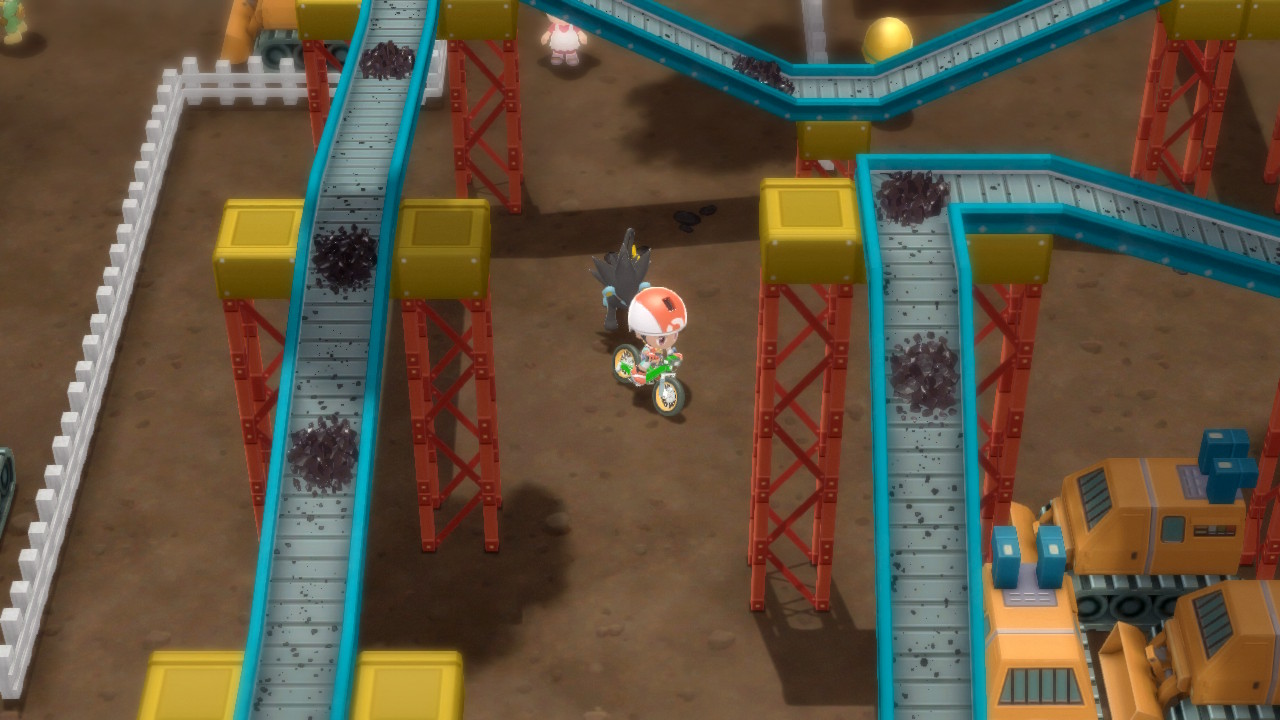 Unlike the routes, in the Grand Underground you can see the little monsters roaming the map, such as the Wild Area of Pokémon Sword & Shield, something that makes filling out the Pokédex a lot easier. I see The Underground’s enhancements as the big gimmick, being a welcome addition for both novice and experienced trainers, a great way to disconnect from the standard “loop”: route, city and gym. The coolest thing is that you can choose to explore the caves alone or in the company of another player through online or local multiplayer modes. There are frequent fps drops, glitches and grotesque bugs, including glitches that can impede progress. I even recommend that you leave the autosave option disabled so you don’t have an error. Trainers stapled to walls or locked in supposedly unreachable parts of the map are just a few of the unforeseen things that can happen along the way. I’m not a game development expert, far from it, but I do anticipate the ILCA’s hard work to iron out all those rough edges.

my time in Pokémon Brilliant Diamond & Pokémon Shining Pearl It can be summed up as a rollercoaster of emotions: I had fun moments of pure nostalgia, of reliving unforgettable passages alongside my favorite Pokémon, as well as being disappointed by questionable design choices, which ended up making Sinnoh a more generic and not-so-so place. as inviting as its 2006 version.

Overall, the remakes fulfill the role of reintroducing two flawless adventures well, just don’t expect the same impact as before or create expectations to enjoy truly unprecedented content. In short, we have great titles that, like remakes, are just good — nothing more.